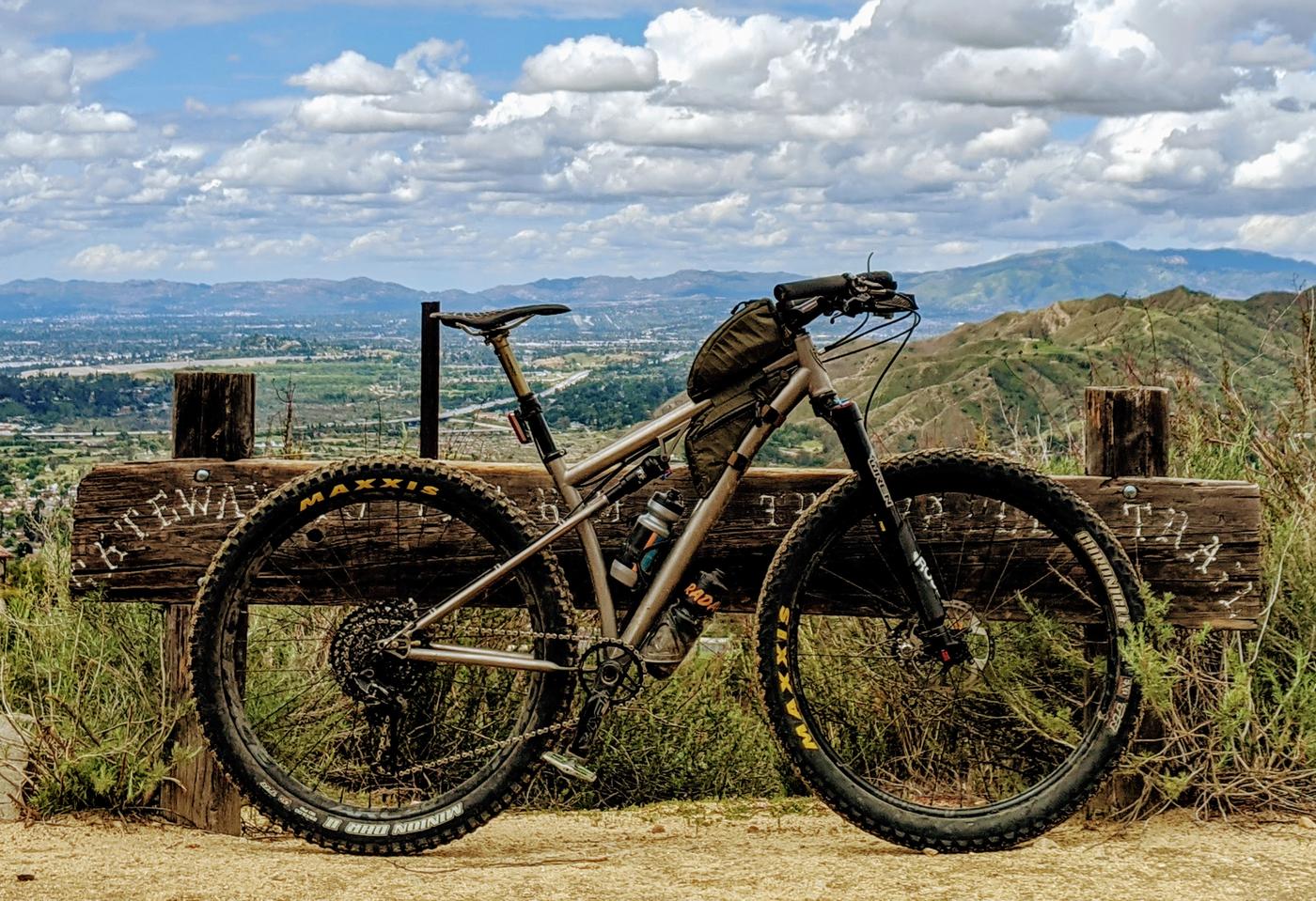 This bike is a real stunner and one that I was hoping to document before I left Los Angles for Santa Fe but never got around to it. It was one of those “I’ll document it the next time it’s in the shop” moments. Carson‘s Funk La Ruta+ is a real gem of a bike and the dude puts in work on it, maintaining trails for the Mount Wilson Bicycling Association. Let’s check it out with Carson’s own words describing this idiosyncratic steed…

Custom geometry approximates the old Jones diamond 29er that ruined my knees with its rigidity. My goal for the Funk was for it to be capable enough to be my only bike; I want to ride it to anywhere, from anywhere, and for as long as possible. As such it’s a real mish-mash of ideas and idiosyncrasies. Custom frame bag and integrating gas tanks from Yanco. These were essential to the bikepacking setup. This bike loves chunky singletrack, and long fire road climbs, and just about anything I throw at it. The minimal suspension (90mm from the Wren Inverted Fat Bike Fork and 45mm of flex out back) and meaty 29×3.0 tires allow for aggressive downhill riding and even the occasional drop or huck. It hauls a BOB trailer with aplomb. Put some smooth tires on it and it would be a competent road tourer or the best beach cruiser. Does it all! And I get a lot of odd looks along the way.