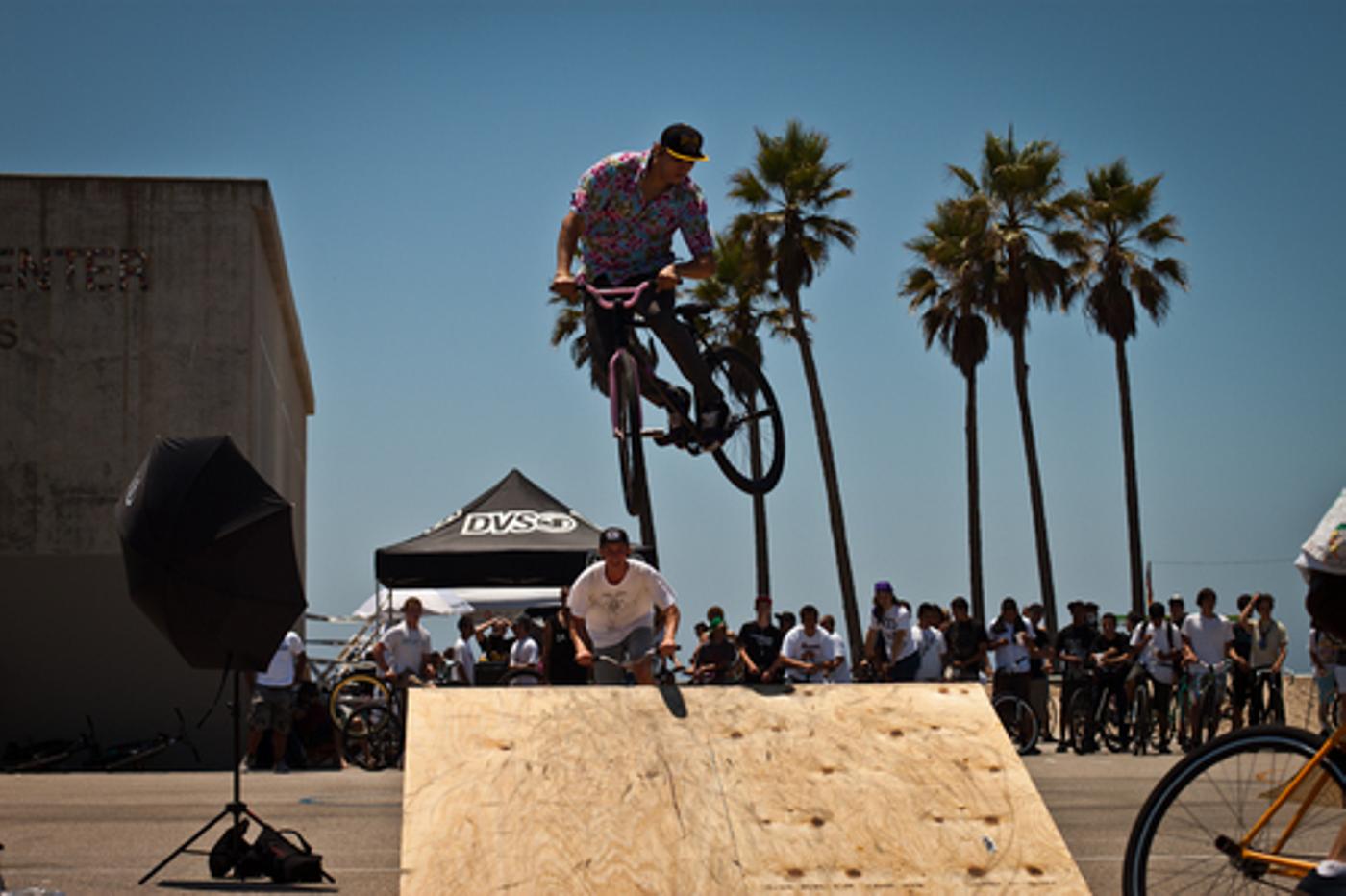 Here we go again with one out of dozens of photos from a day. I figured enough people were wondering what was going on with the Summer Fix freestyle comp today so I’ll use this photo to give a nice and quick recap. There were 39 riders there to compete and hundreds of people on fixed gears watching and riding. That’s a ton of competitors. I’d say 80% of them were above-average riders as well. Tons of guys out here are rippers and I felt like everyone I bracketed had at least a few web edits under their belts. It’s so rad to meet people that you’ve been blogging about for over a year!

We ran groups of three in three-minute heats. I tried to group riders into three categories; beginner, intermediate and advanced. After a number of heats, Joe from LA took first in the beginners, Josh Boothby took first in the intermediate and Wonka, Congo and Spencer took first, second and third in the advanced. Highlights of the day included an alleyoop to 180 wall ride by Wonka, a nastttttty box-jump tireslide by Matt Spencer and other various bangers. It was awesome to see everyone really push themselves.

Big ups to all the riders and huge fucking thanks to LA Brakeless for throwing this! Official recap will be up on Monday so sit tight!