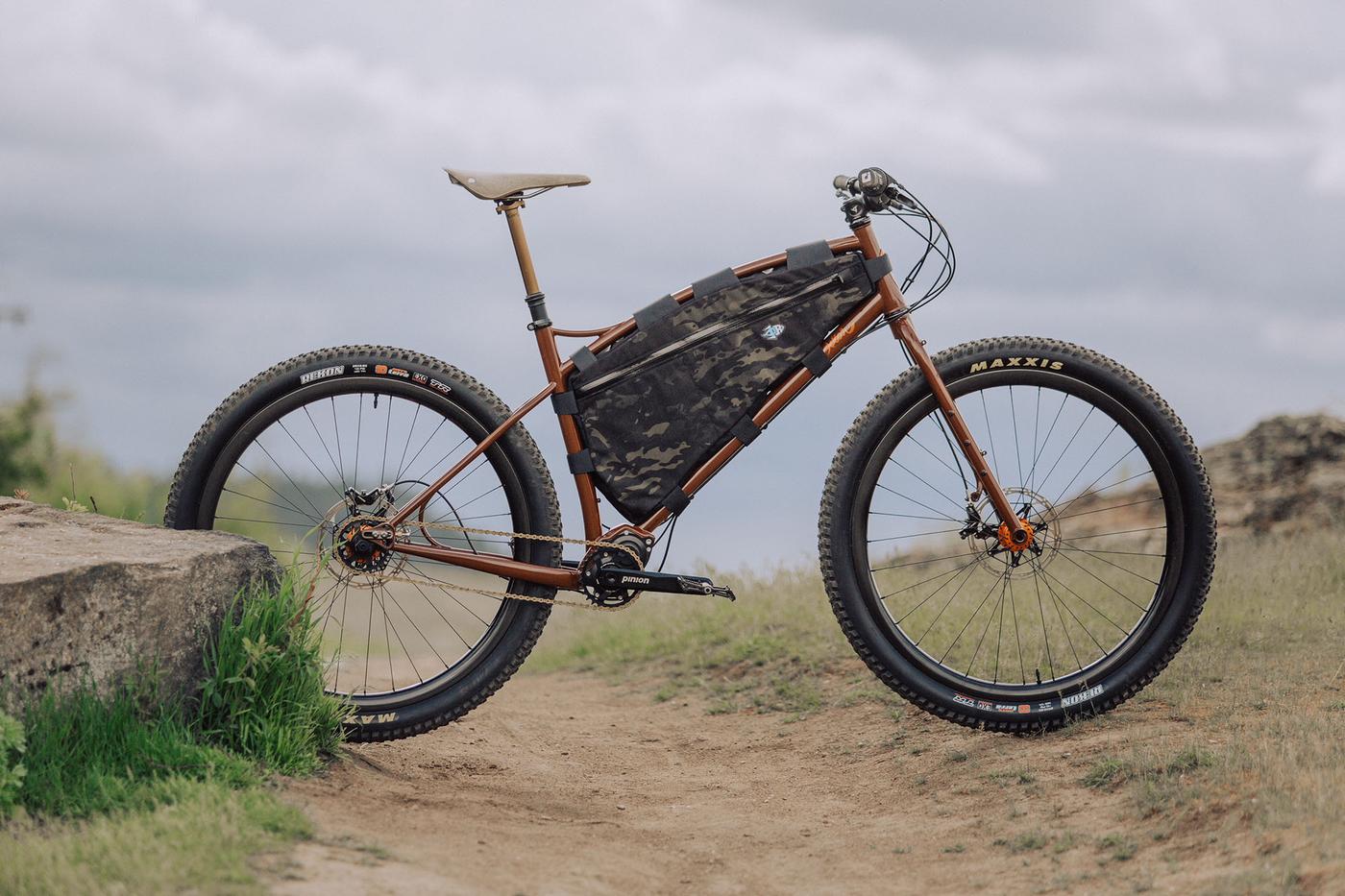 The Pinion Gearboxes have been around for a long while now but their popularity in Europe is just now starting to break its way into the US bike scene. Last Fall Sklar Bikes started receiving orders for frames built with the mounting system for these gearboxes and as someone who had eyed them for years, with only a little riding experience, I was pretty excited. Being that Sklar builds all custom bikes, it feels great to offer something that is really special and harder to get. These frames have mostly seen use as commuters, “bikepacking bikes” and everyday trail bikes for customers who are maybe less maintenance-inclined or just intrigued by this neat system. So far all of those customers have been psyched on their bikes and I am happy to build with Pinion, though there are certainly pluses and minuses that come with it. At the end of the day, it is pretty easy to overthink a bike, but of course, overthinking bikes is my job and so what follows are my thoughts on Pinion from the perspective of someone who builds bike frames for a living and also spends a whole lot of time riding them. 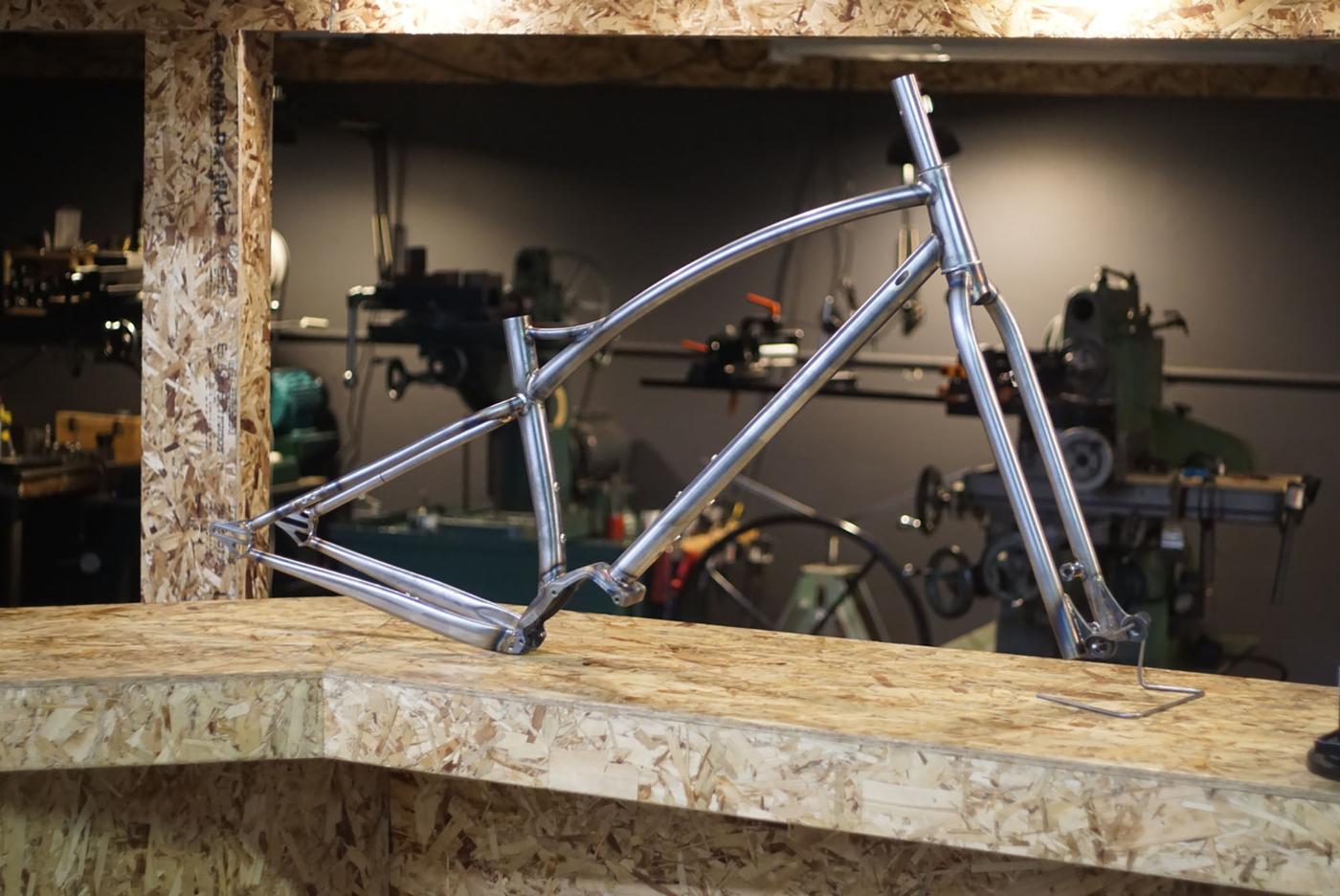 Starting off with the things that I like about Pinion:

Range – The first time I hopped on a 12-speed pinion bike I was pleasantly surprised by the range of 12-speed The 12-speed gearbox boasts 100% more range than an Eagle cassette and it feels like it too. This part is really impressive.
Simplicity – if you are like me, derailleur cages get smashed, sticks get tossed into cages. None of that to happen with Pinion and that is pretty cool. No derailleur dangling off the back is nice aesthetically, though I wouldn’t choose the gearbox if vanity was number one.
Setup and Maintenance – getting these gearboxes setup is surprisingly easy and pain-free, which I was relieved to find out after some headbanging experiences with Rohloff and the like in the past. There are though, a number of things that I’m not 100% excited about with Pinion:

Weight – While the Pinion system is still drastically better than an internal hub because of its’ placement on the bike, at the end of the day it is still heavy. I’ll be the first to tell you that weight is one of the least important characteristics of a bike, but any time it is concentrated in one place, it is going to change the way a bike rides. Is it bad? I’m not sure, but definitely different.

Chainstay length – A number of builders are using their own mounting brackets for Pinion gearboxes and if Pinion continues to be a popular option I am going to have to go that route too. Pinion’s cast steel bracket is nice, but due to its design a frame can only be built with realllllly long chainstays. I am talking a minimum of 460mm on a 29er – that is long. To spend so much time and effort designing a drivetrain system and entirely overlook something as important as how the bike will handle is crazy and frustrating to me. A lot of folks are using these for touring bikes where long chainstays are fine, but to put a gearbox to use on a bike that will see everyday offroad use is really tricky.

Gripshift – word on the street is that a thumb shifter option is on the way, but for now gripshift is the only option. Gripshift is not for me.

Cost – not the most approachable at around $2,000 for the gearbox, shifter and crankset. 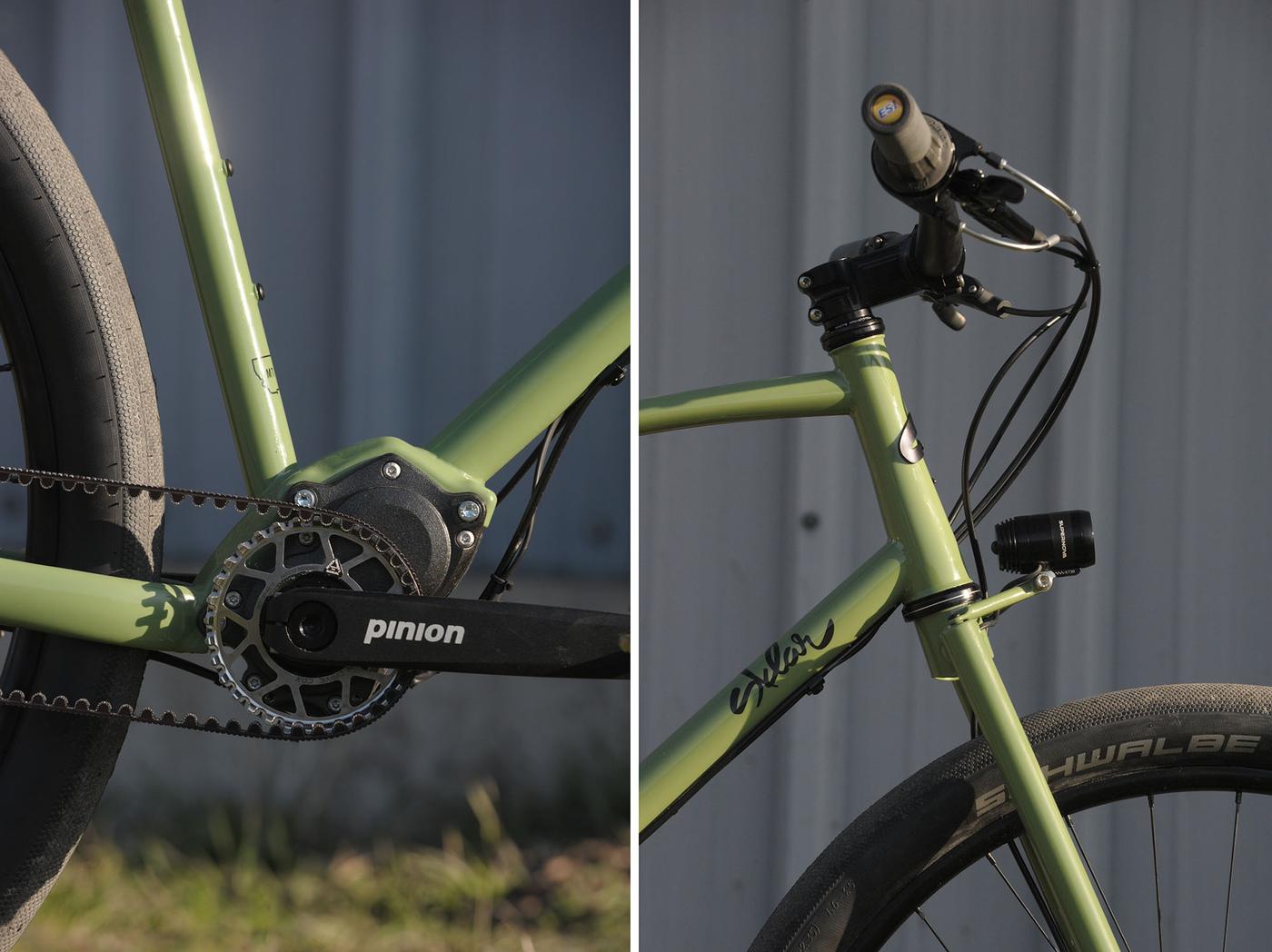 So will you see a gearbox on my next bike? Ahhhhhh, maybe… I am still up in the air to be honest. As the spring rush slows down and I have some more time on my hands I reckon I will sit down at the computer and CAD up my own mounting system, at which point I suppose I’ll have to give it a shot.

Have you had first-hand experience with Pinion? Let us know what you think!