Then Adam Sklar sent me an email, asking if I had any desire to review one of his “team” MX all road bikes. I glanced at the geometry, saw the top tube length and thought it was going to be too long for me, especially for how I’d use it. Adam informed me of this bike’s design philosophy, which is part ‘cross geo and part modern MTB. Paradoxically, in short, Adam lengthened the bike’s top tube, slackened the head tube and lowered the bottom bracket. The bike is designed to run a shorter stem, a 70mm, versus a 110mm and with a longer head tube, puts the riding position a bit more upright. 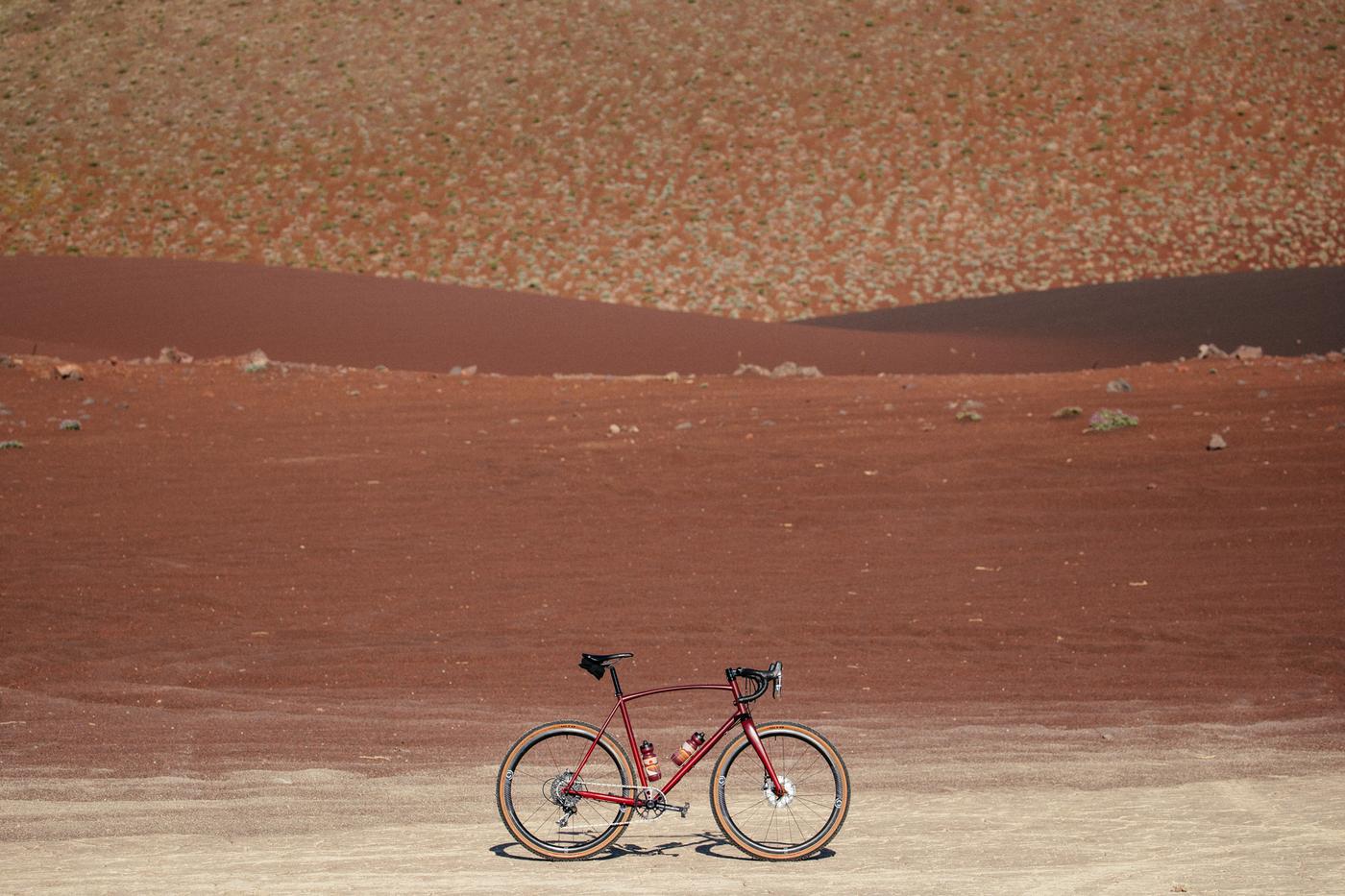 Suddenly, I was very interested in testing out this bike, which Adam eventually told me he had no intentions of asking for back. Someone had ordered the frame, which is a stock size, paid in full and realized it was too long for them, prompting Adam to build them the next size down. So in his mind, he’d rather see someone he knows ride it, than sit on the frame for a few more months. I agreed and thanked him. He also repainted it, asking me what color I’d prefer, which sent me scrambling to think of an earth tone I didn’t have in my quiver; manzanita fade.

I built it up with parts off my Firefly, which is getting an upgrade at their Boston HQ right now, along with Ergon’s new SR Pro women-specific saddle (hey, I like the shape, a lot!), topped off with some neat deep, dark green White Industries and Paul Component parts Adam had done up for the team bike run and finally, those new… 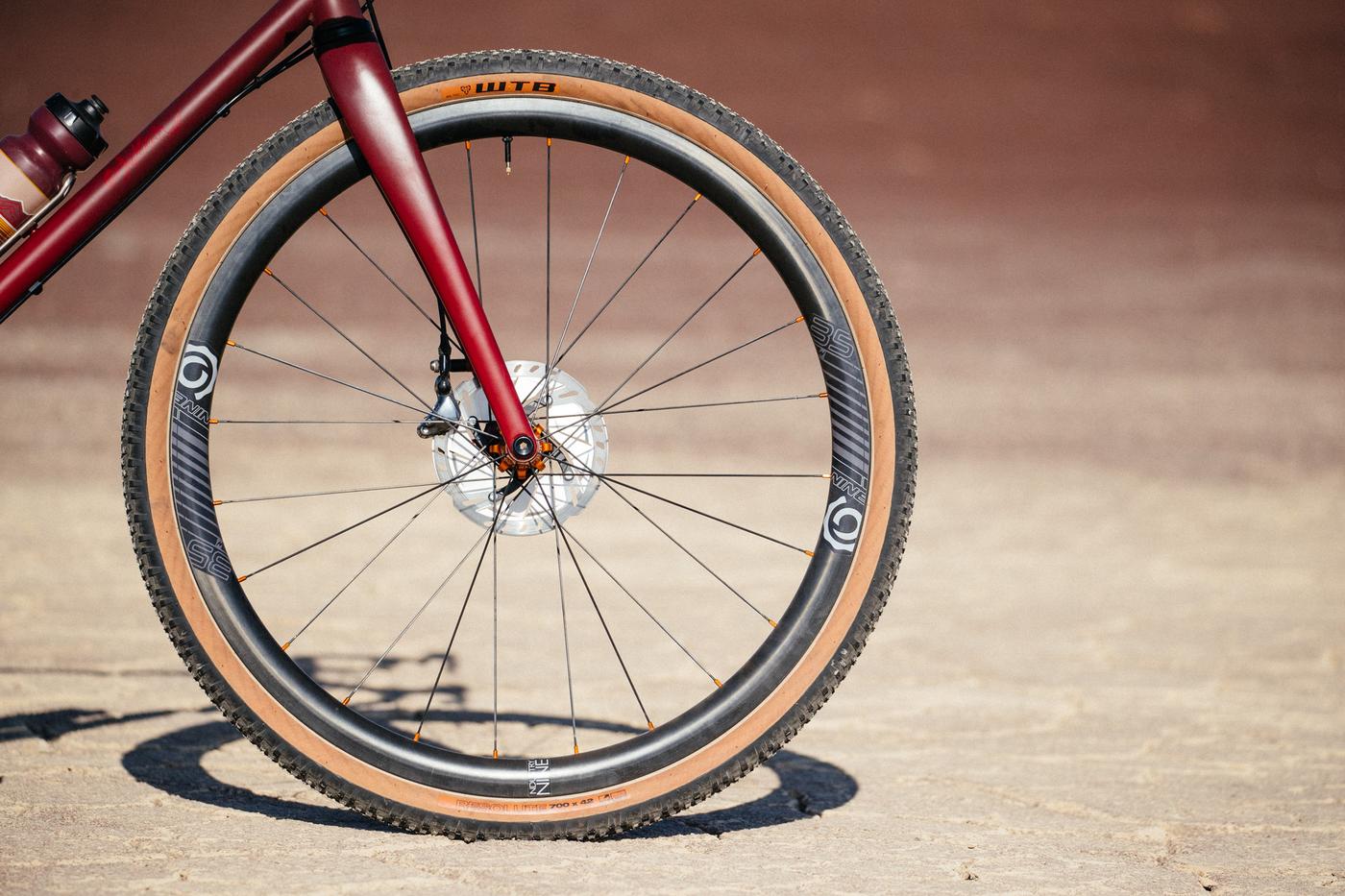 Having reviewed other Industry Nine wheels in the past, I was really looking forward to seeing what these newly-designed carbon i9.35 wheels had to offer. If any company is willing to put a lifetime warranty on their product, they’ve got to be good. After a pre-ride review, I began logging miles on my Firefly taking on fire roads and singletrack with them, as per the norm of our Los Angeles rides, sometimes getting in over my head on rocky terrain. 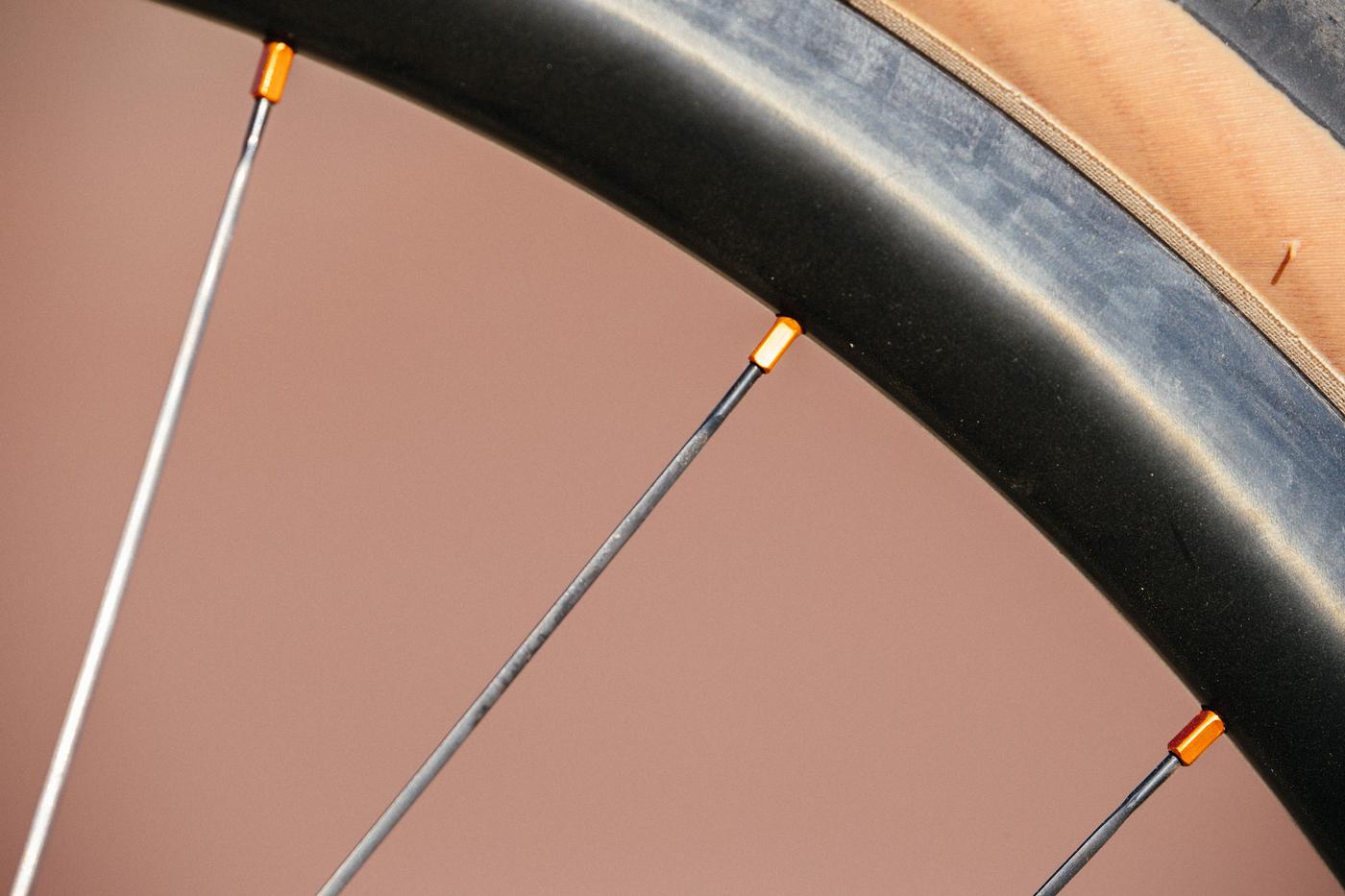 i9 tapped Reynolds to design and manufacture these carbon rims, which they then lace up to their Torch hubs in their North Carolina facilities. While their marketing is all about aerodynamics and speed, truthfully two things I don’t really care about, I have been pounding them on rocks and ruts for months now without having to take a spoke wrench to them once. Believe me, a 185 lb human flying through a rock garden is going to make contact with a rim once and a while… 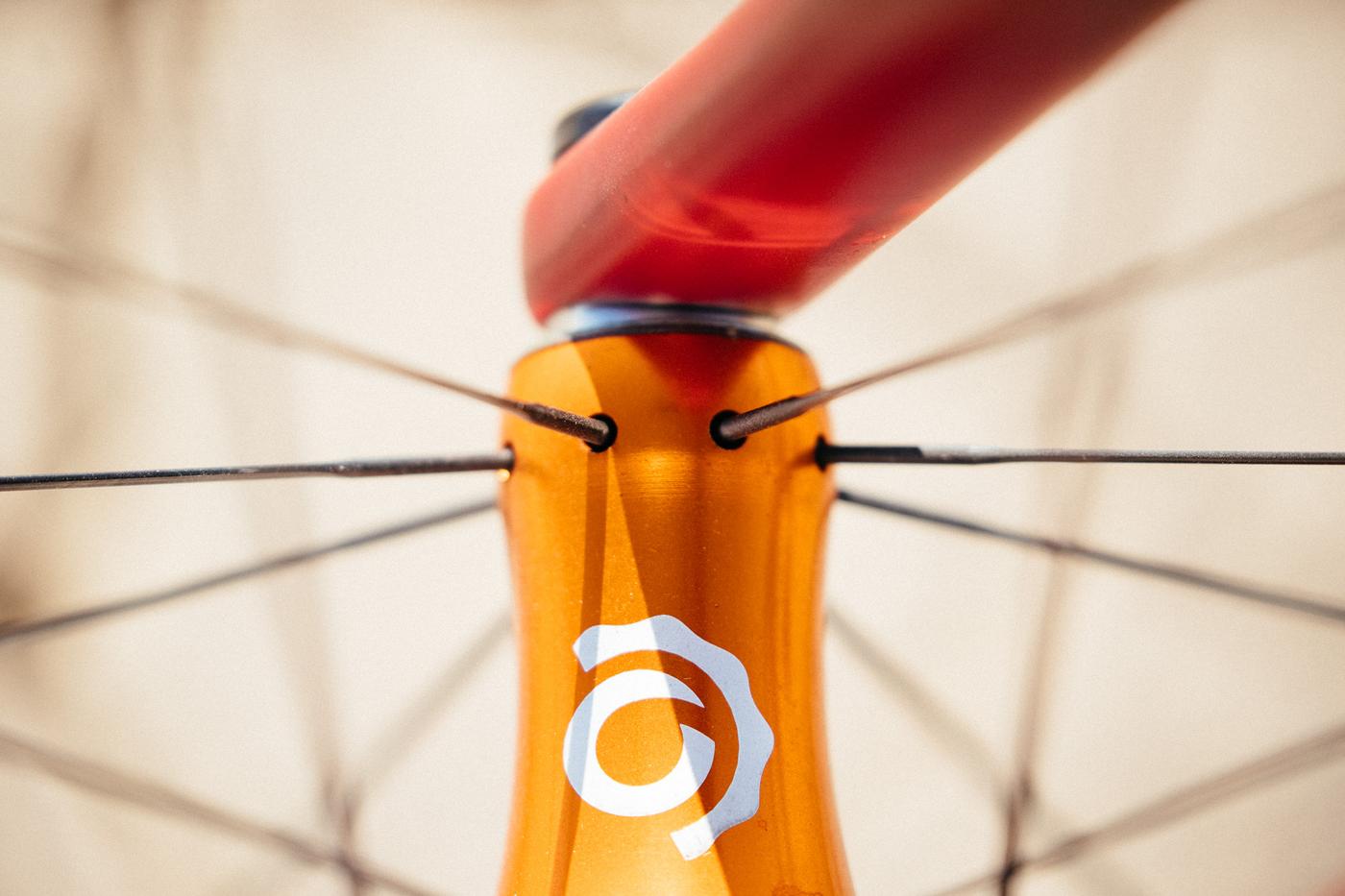 If something should happen, within the normal scope of riding, Industry Nine proudly backs them with a Lifetime Warranty. Head to Industry Nine for more technical information regarding pricing, build specs and compatibility. Yes, I’m aware there are Shimano rotors with SRAM brakes! 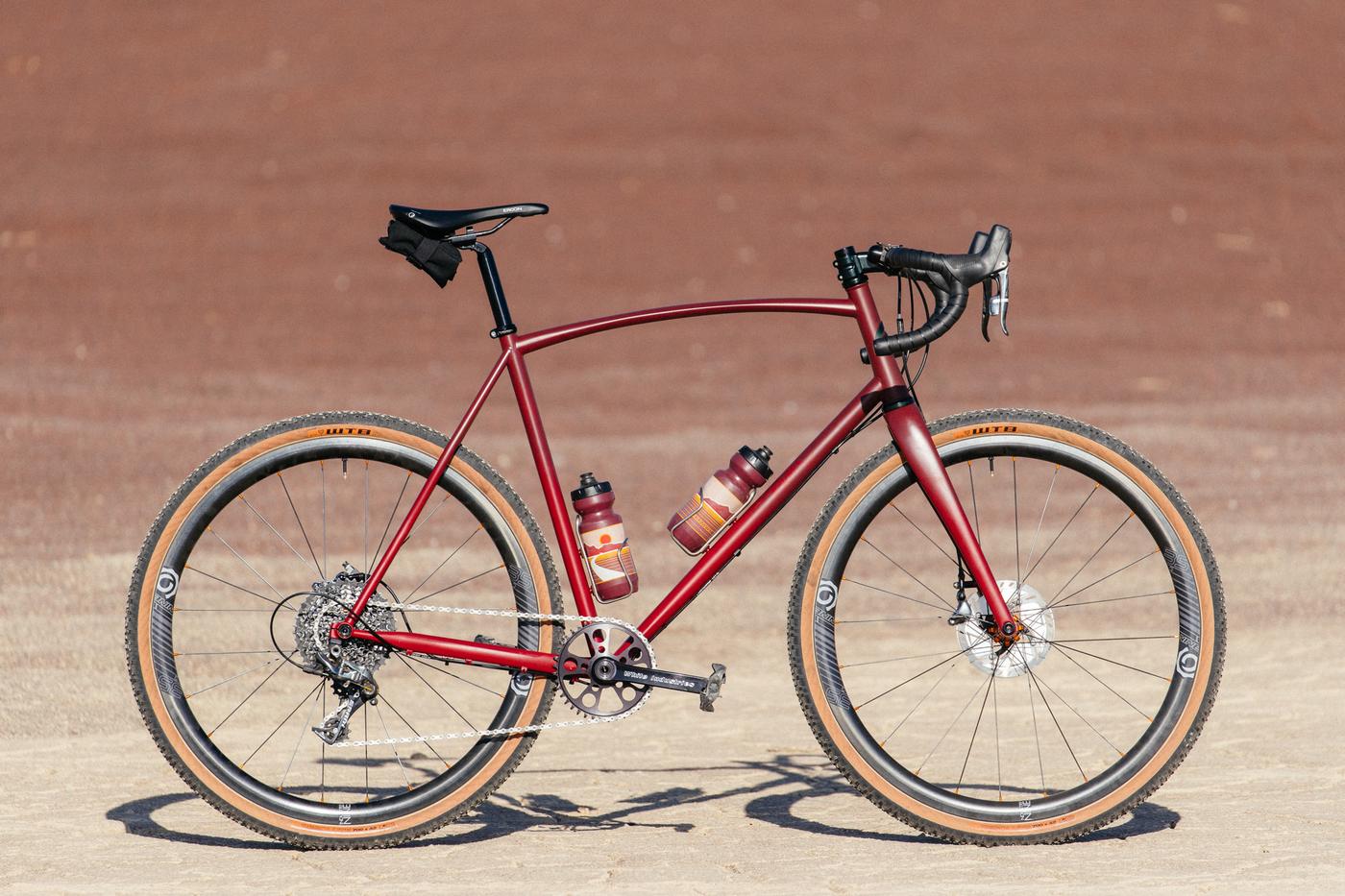 These three words have been beaten to death like a clapped out fork in the mountain bike industry for some time now, prompting me to essentially tune it out anytime I read it in copy, but when Adam’s geometry chart came across my inbox, suddenly I was very interested in how this bike would ride, especially with such a tall headtube and long top tube.

While the head angle comes in at 71º, a whole degree slacker than my Firefly, the head tube measures a whopping 180mm, a whole 25mm longer than the Firefly, consequently, the reach is shorter. It’s an interesting comparison, while my Firefly offers a more traditional road fit, the Sklar is much more upright. I think I speak for myself and Adam alike when I say I was concerned. Would it be too long? How would it ride? He often jokes about “hybrid” bikes, but all I could think of was being too upright. 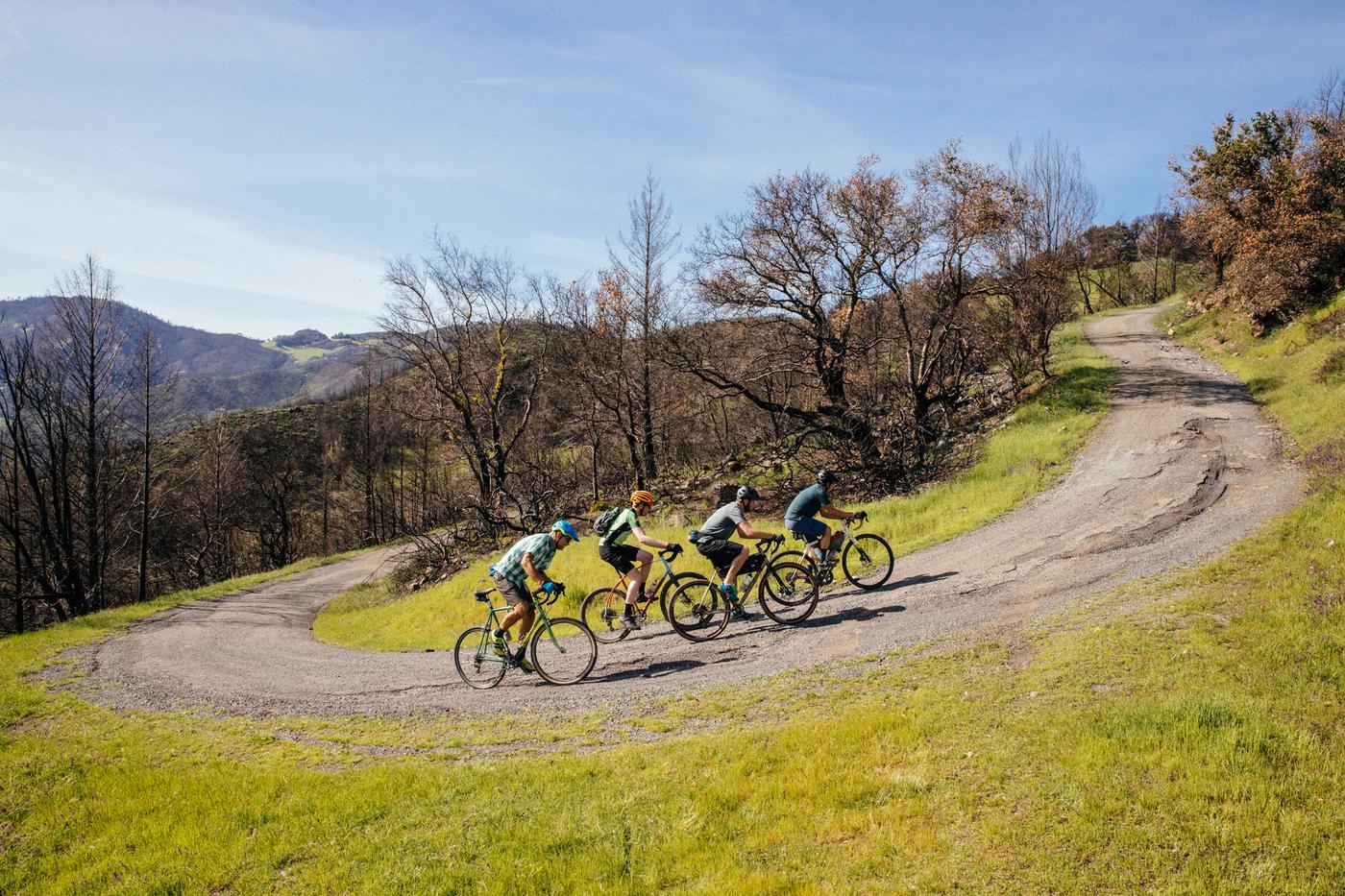 I’m by no means a picky rider and can make just about any bike within the general sizing realm work for me, but this was an entirely new concept for me, on an all-road bike. After a rather long ride in Santa Rosa this weekend, that included steep mountain climbs on dirt and pavement as well as some of Annadel State Park’s rockier singletrack. I found it tracked better through steep singletrack than I’m used to on a drop bar bike and due to the snappy 420mm stays, it was easy to pull the rear around through tight turns. When I was able to open it up on descents, I could really feel the head angle doing its thing. Was it better than a bike with a whole degree steeper head angle? I wouldn’t say either is necessarily better, but a slacker head angle felt better than I thought it would. As for climbing on steep hills, getting on the nose of the saddle and pulling my weight forward really felt more stable. Overall, I really enjoy how this bike rides and look forward to logging more miles on it.

I’d say I ran this bike through the ranks of terrain and while it’s much dirtier now than it is in these photos, it still has this clean, mean look like it’s going to pounce off the road and onto the trails.

To add another layer of intrigue, this bike will fit a 27.5 by 2.25″ mountain tire – with minimal tread pattern, adding to its adaptability and capability. I’m sure this thing will make the rounds and travel all over the state of California with a variety of wheel and tire sizes until I find the one I like best. That’s the fun of bikes like this, a few minutes of component swapping and it suddenly behaves differently, seeking out a variety of terrains, while offering up a bit of nuanced fun with each swap. I’m sure you’ve got questions, so be sure to drop them in the comments. If you would like a similar bike from Adam, drop him a line at Sklar Bikes.

Thanks to Mike from Golden Saddle Cyclery for the build and Industry Nine for loaning me these wheels to review!