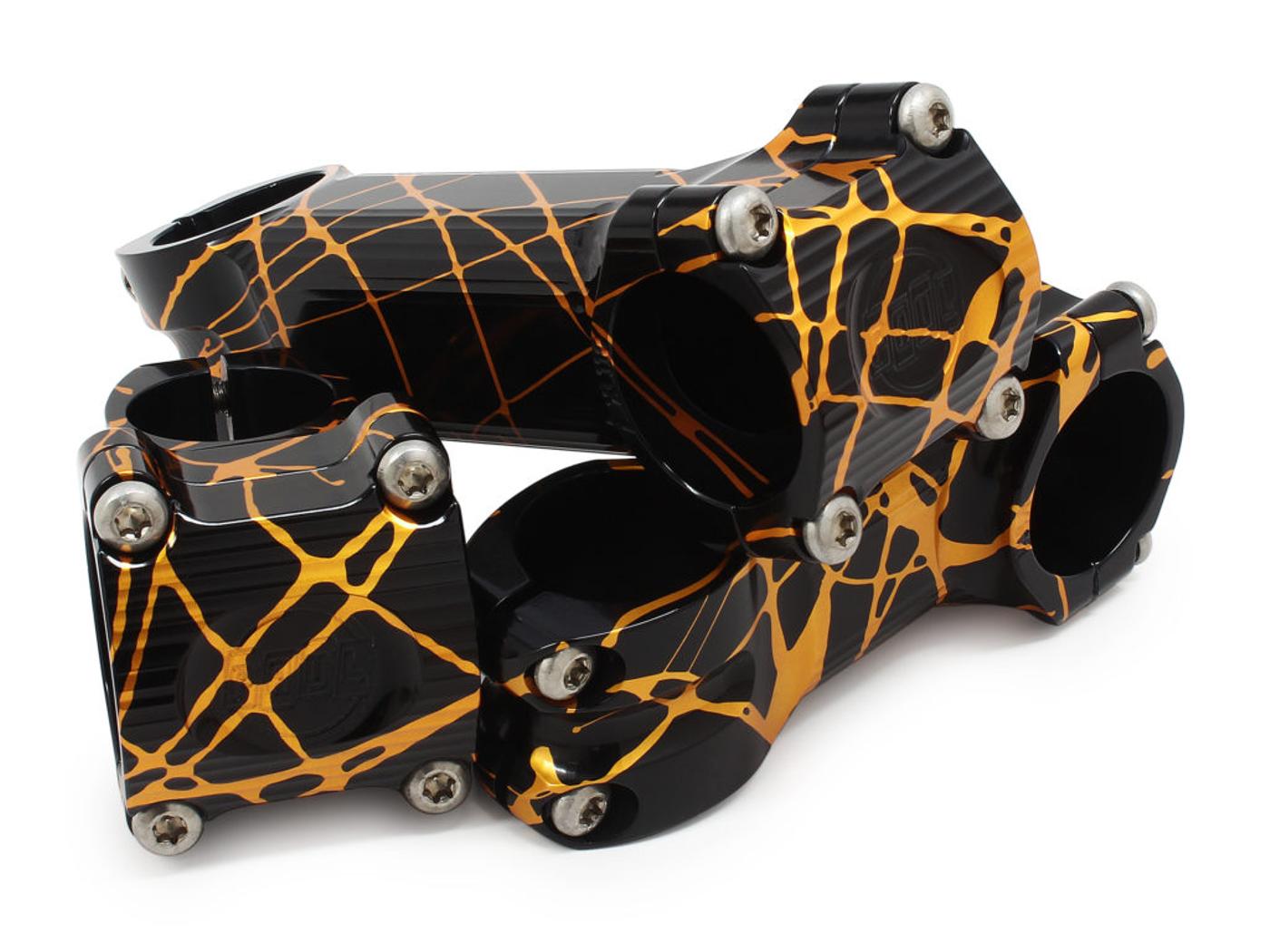 PAUL and his team of merry machinists made yet another super-limited batch of Boxcar Stems – 5 of each size – as an homage to Eddie Van Halen’s iconic home-painted “79′ Bumblebee” guitar as it appeared on the back cover of Van Halen II and throughout their 1979 Tour. 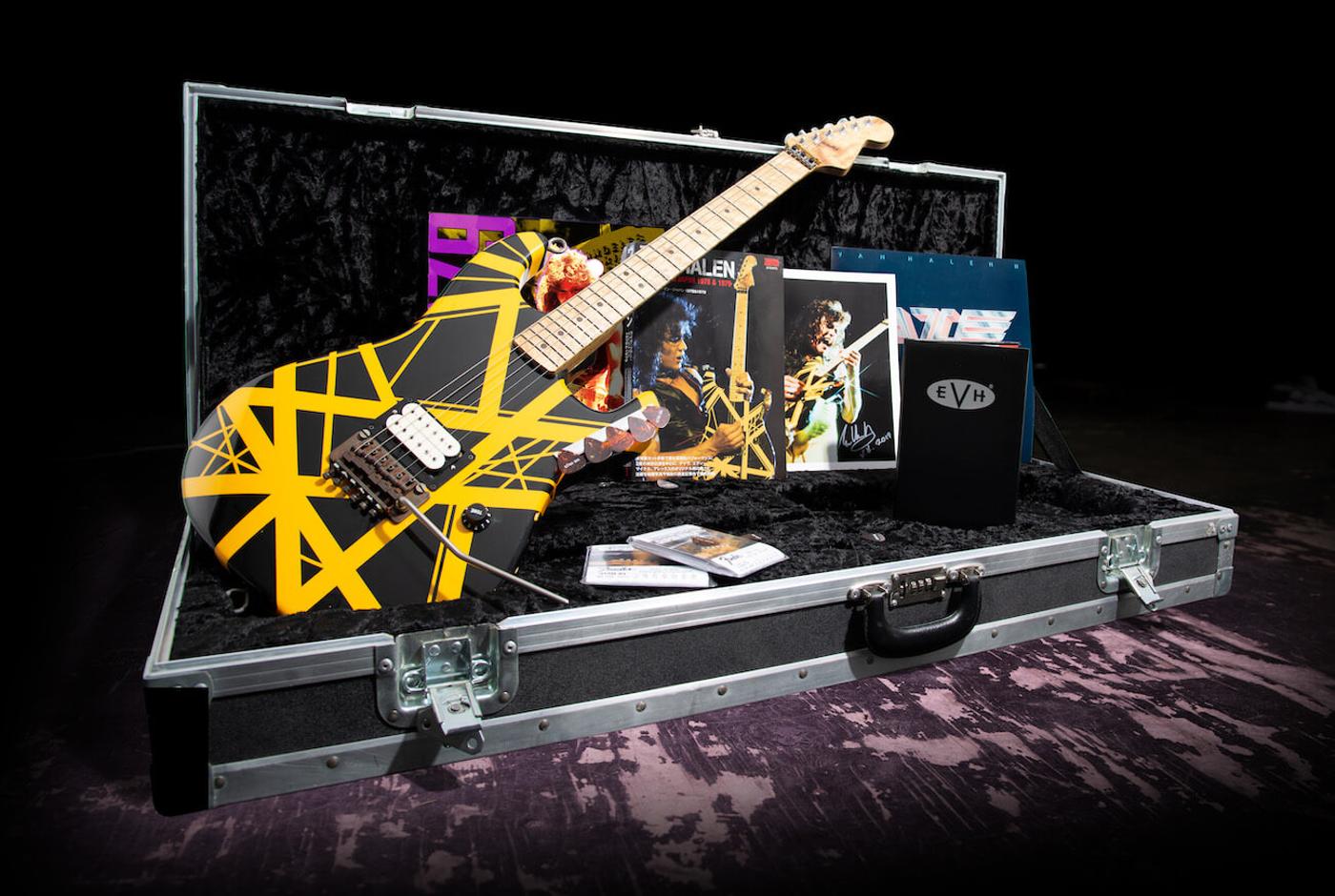 It’s a little known fact that Eddie himself brought the original guitar to Dimebag Darrell’s funeral in 2004 where it was placed in his coffin and buried with him. Much like the guitar, each one of these stems is totally unique, artistically splattered in black and gold anodizing by Scooter himself. Somebody get me a doctor!