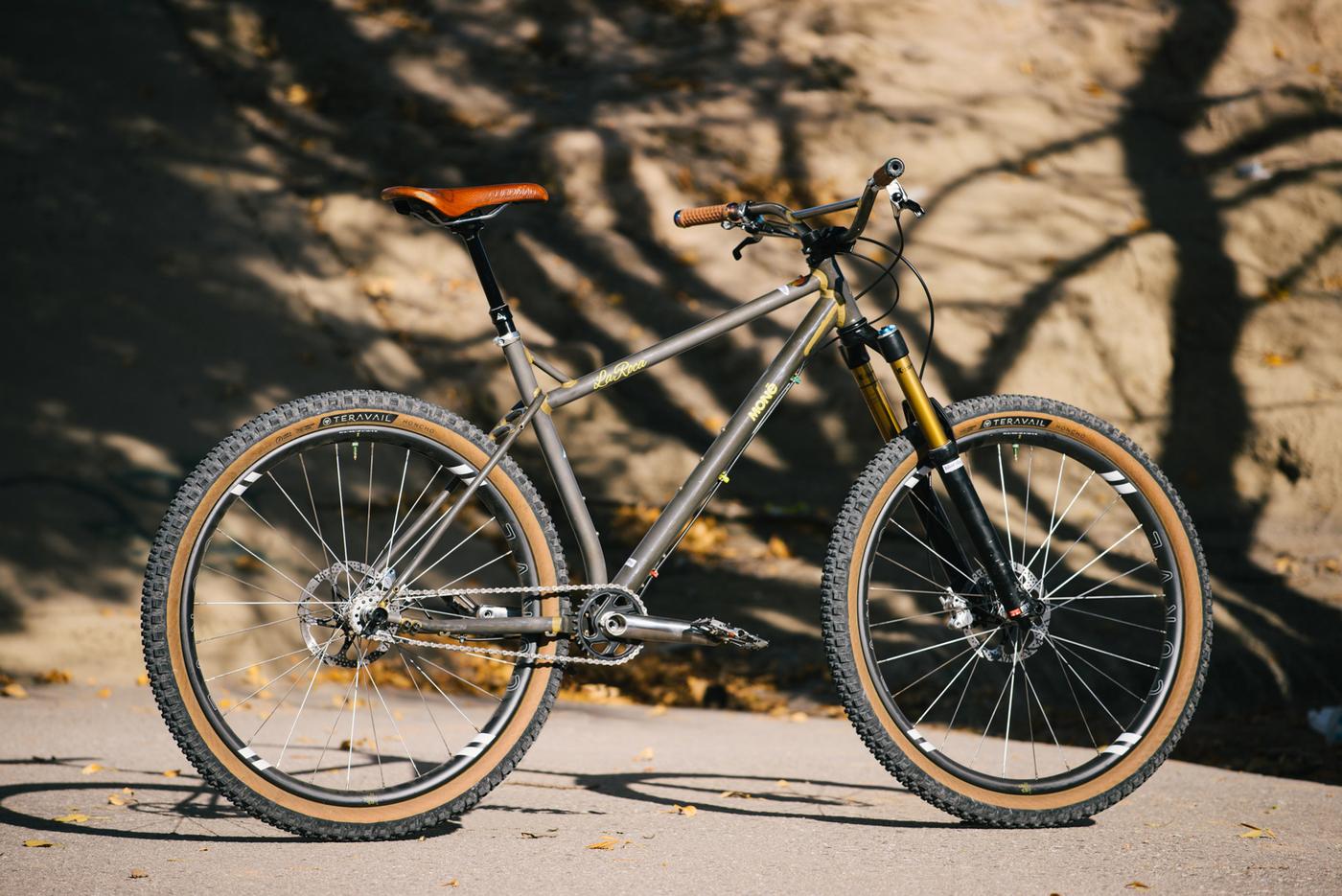 Cjell’s bikes have always been as eccentric as their maker.  The original La Roca touted a very high bb, steep (for this day and age) head tube angle, slack seat tube angle, and a telescoping chain tensioning system for the single-speeders and tukt-ers. The new iteration sports a 2-degree slacker head tube angle, and a 31.6 seat tube for the hoopty droopties.  While slacker and longer than before, the frame offers a devil’s advocate for the super low and long trend that is finding its whits ends at the moment. This frame still sports the most important part in my eyes, those fucking stylish brazed joints covered in silky clear coat, nothing to hide.  I have oogled the La Roca for some time and these V2 updates washed away the few fears I had about picking one of these frames up, now I am able to port all of my current hardtail’s components over, and I’d imagine that is true for many people. 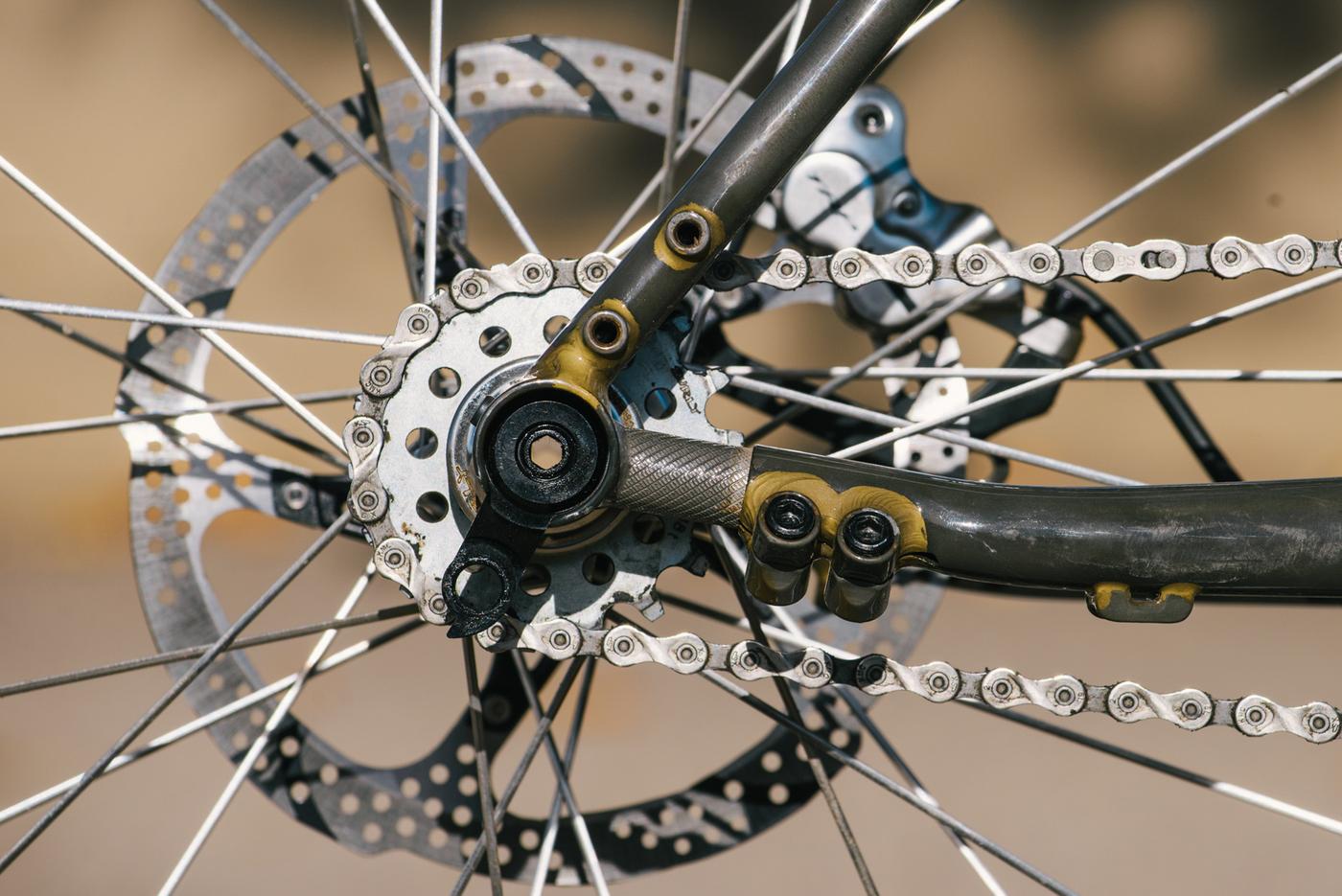 But, really how does it ride? I feel like Cjell is heading toward Grant Peterson and Jeff Jones territory with his dedication to what some would see as oddball spec and geometry.  Cjell has his own secret sauce cooked into the magic of each frame. I only got to spend a precious two afternoons on this steed, so take all my opinions as first impressions rather something in depth.  I had not spent any appreciable time on a single speed so that was totally new to me as well. I couldn’t tell if I liked single speed or if it was just those sweet carbon Curve Dirt Hoops rims making me feel some type of way.  Instantly you feel like this bike wants to get off the ground.  The high BB keeps you above the bike and ready to jib off any rock that dares disguise itself as a mini jump, the slack seat tube short AF chainstays beg for wheelies and manuals,  and those OddMoné signature risers keep everything feeling chill in the cockpit. The bike was spry and whippy due, I’d assume, to the lack of shifty thingamajigs and those carbon rims and some delicate tan wall slippers. The frame feels less like you are riding “in” the bike and more on top of it, leading to a far more playful and less grounded experience. With someone like Cjell cooking up these frames there is some inherent mischief brewed into that triple-butted 4130 Stél and it is palpable as soon as you throw a leg over it. 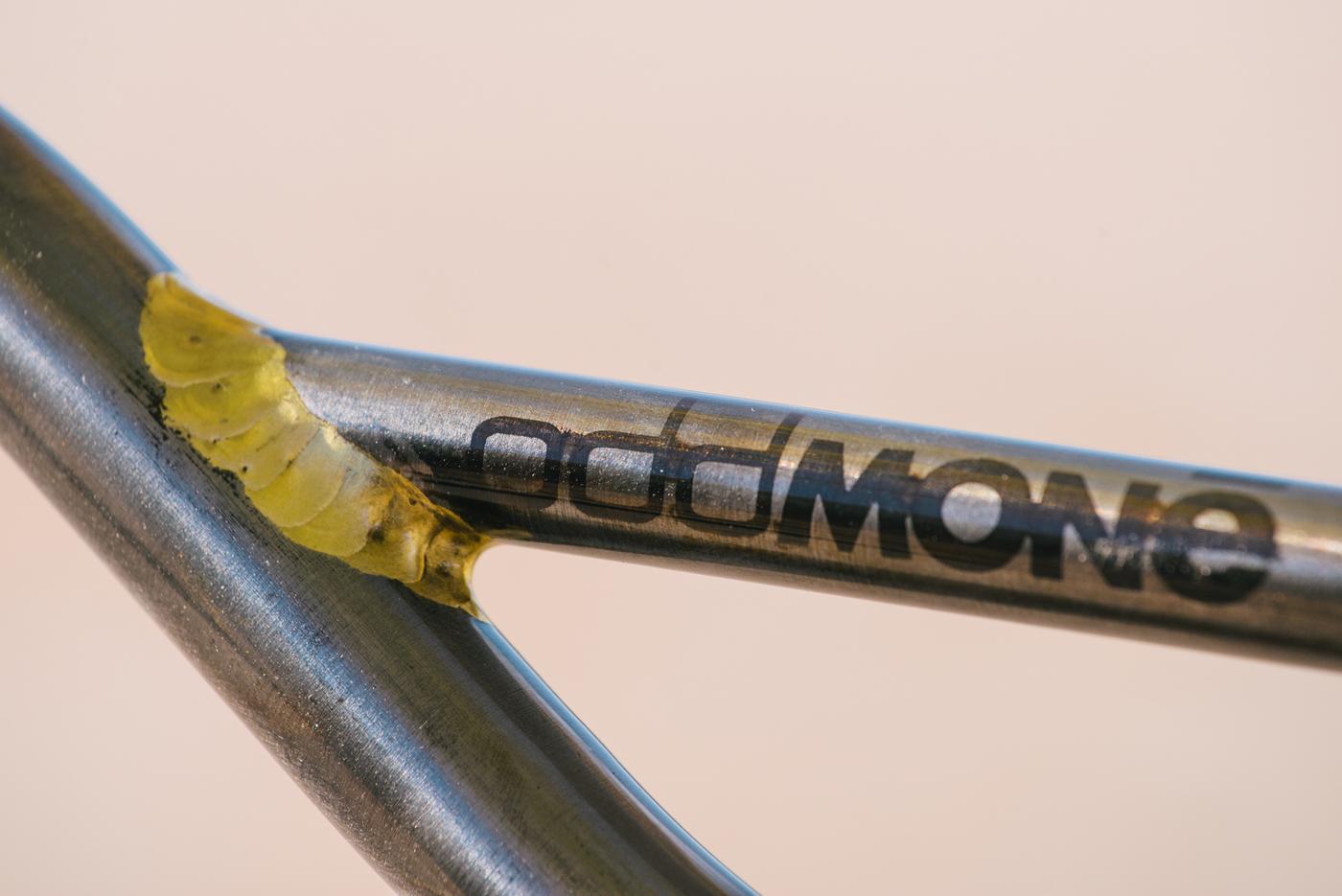 This build was decked out pretty Gucci, as it was intended to be a media review bike before Nate snagged it.  Carbon dirt hoops laced to polished DT Swiss 240s hubs with Teravail Honchos.  A 160mm Fox 36 fork keeps things over-forked upfront and a lil more slack and high. Nate intends to scale the suspension back to 130mm in the future.  Cane Creek EE Wing cranks keep the wheels turning and if your cranks aren’t more expensive than the frame what are you doing with your life? The Slamset headset and OddMoné Riser bar had me feeling like 2006 on a track bike with a Nitto Jaguar and risers.  G-spec brakes round out the bars cause as Nate said “you don’t have to give money to Shimano or Sram.”  My only gripe with the whole shebang was how tall the seat tube extension is, I just love having a super long dropper on hardtails. 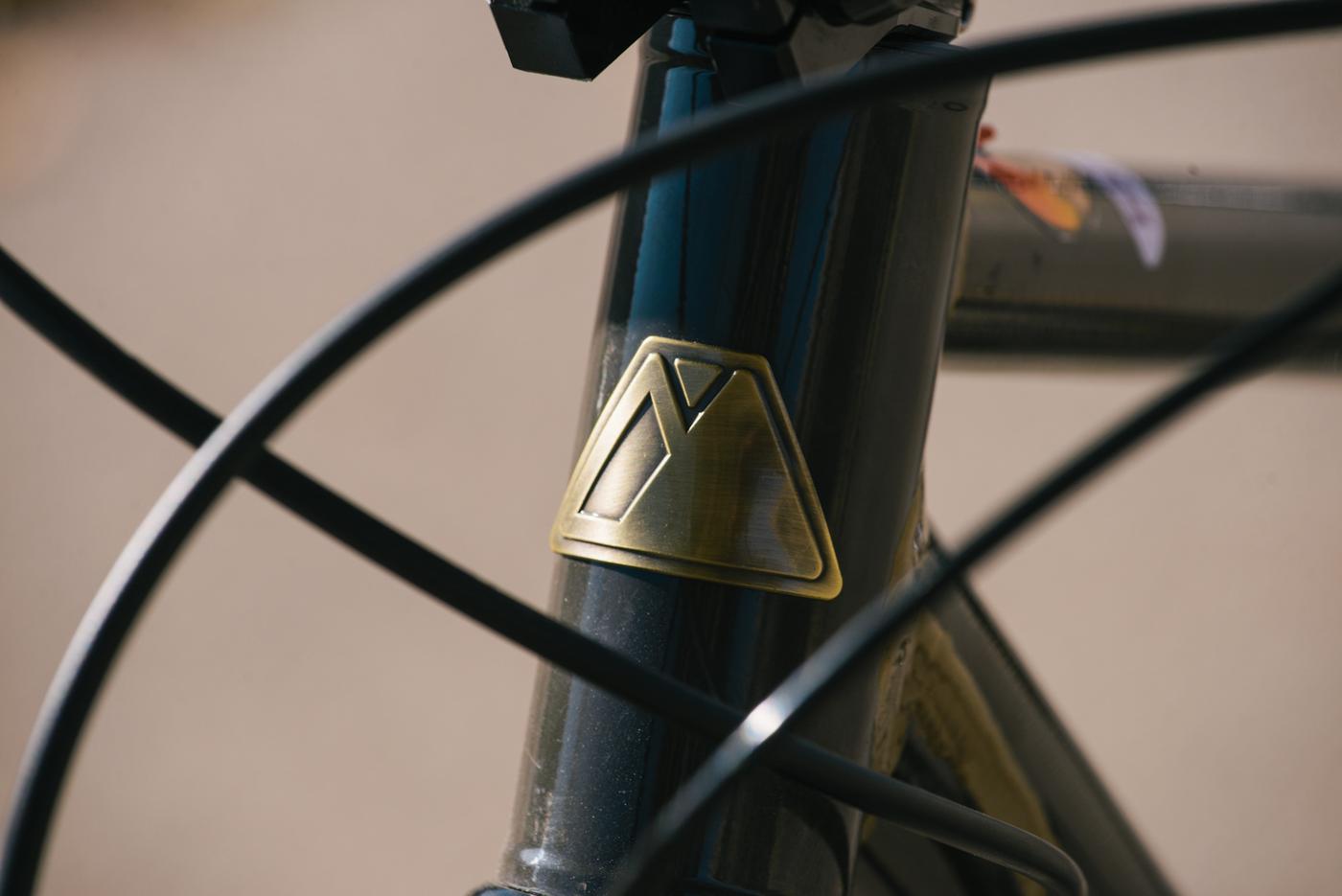 This bike was damn fun to ride and while the spec and everything is off the charts, I’d have to chalk a lot of my joy up to, “look good, feel good.” This frame is just so fucking beautiful, in my honest opinion. I have always thought brazed bikes should never be painted, I love seeing the handy work and Moné has the best damn style when it comes to brazing.  After my short affair with this rad bike I’m starting to save my pennies to get my own slice of the eccentricity.  Cruise over to Moné Bikes HQ to drool over builds and geo charts n such.