Photos and intro by Morgan Taylor, words by Mark Reimer.

Does bike travel in the backcountry have to look a particular way? No, of course not. As you can see by the range of bikes being ridden in Spencer’s gallery, the #DFLtheDivide crew was a group that largely did not fit the mold of bike touring or bikepacking. That ride was all about doing things differently, living on the fringe and pushing the ideas of what traveling by bike looks like.

The Crust Bikes DFL occupies that space: not quite a touring bike, not quite a mountain bike – simply a bike built for traveling over whatever terrain you want to cover. John looked at Matt’s early version of this bike – at the time called the Evasion – and over a year later the DFL remains an intriguing idea that gets people asking questions and thinking about how they might build their own adventure bike. 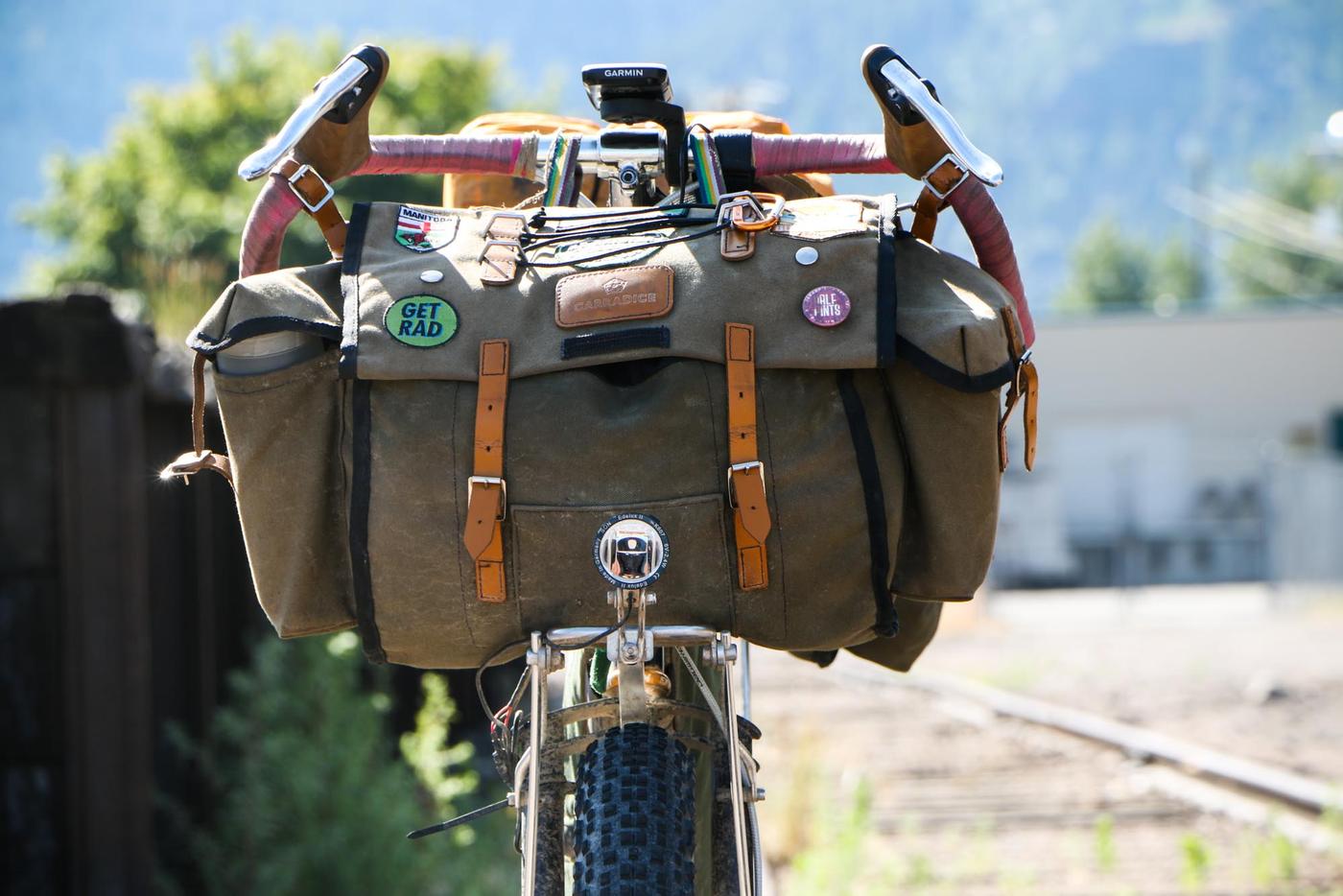 Mark’s DFL hosts a great mix of domestically produced hard and soft goods, with a parts bin build kit carefully collected and selected over the years. The 9-speed XTR derailleur is hooked up to an indexed 10-speed Dura-Ace bar end shifter, using a Wolf Tooth road link to help the derailleur wrap around the SunRace 11-42 cassette. The Schmidt dynamo and Nitto racks and Carradice bags, so many details to pore over…

I met Matt last year while riding across Washington to do the Oregon Outback. Had never met him before, just talked a little on Instagram. He asked if he could join me and some other Seattle guys, I said of course, that was that. He showed up on one of the first Crust bikes, which was the 26+ Rohloff-equipped bike John featured here on the Radavist. It was so sweet. I immediately wanted one, but couldn’t justify it at the time. 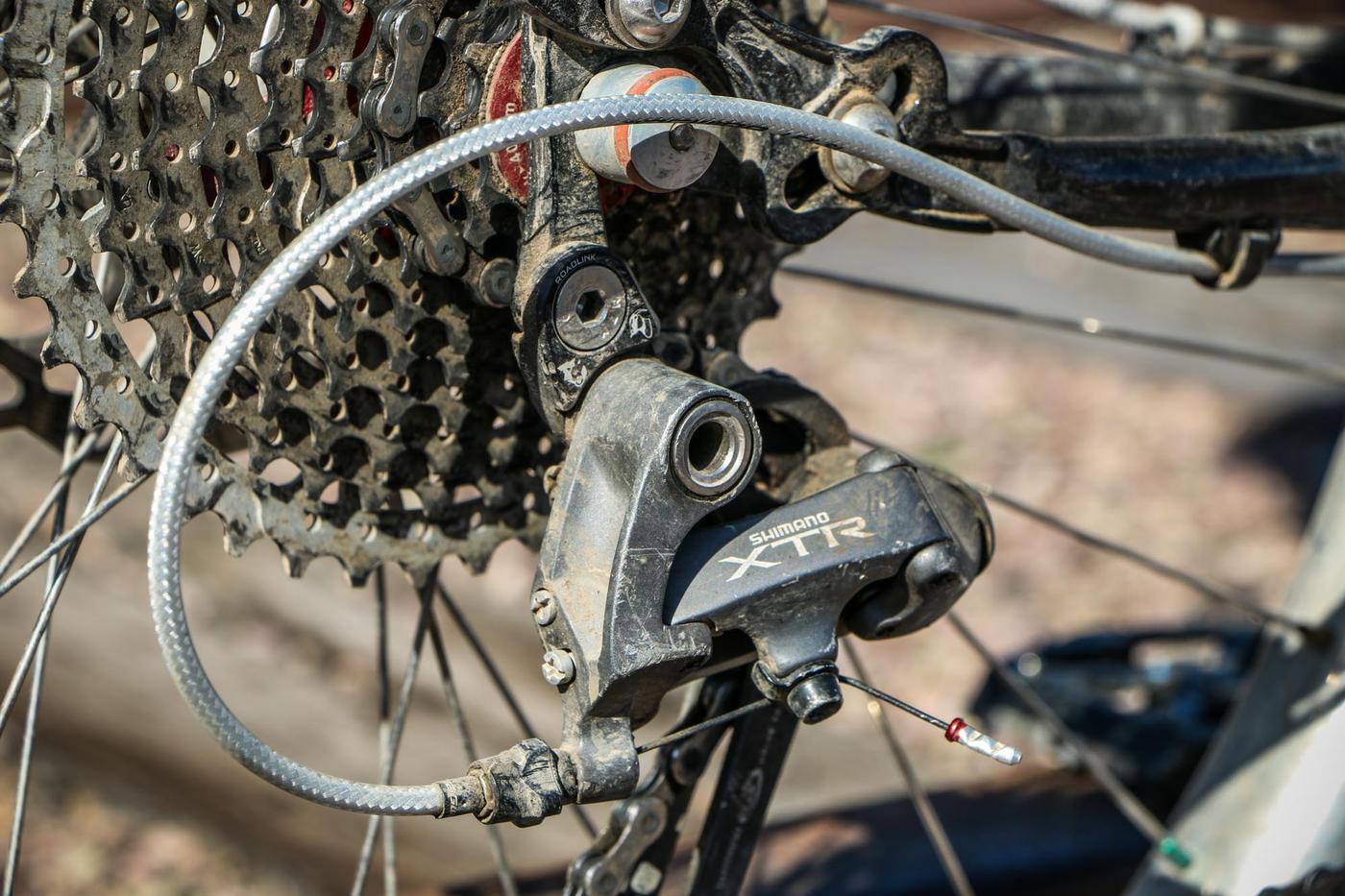 Then Matt and I decided to ride the first 1,000km of the Great Divide trail with the #DFLtheDivide crew, ending in Missoula for the Adventure Cycling Association’s 40th anniversary. The divide is the perfect terrain for a plus-bike. Matt and I talked and soon enough I had my own 26+ bike on the way, now called the Crust DFL.

The DFL has some wild color accents on it, meaning I could have some fun with little splashes of anodized parts here and there. Normally my bikes have a much more traditional aesthetic – my other main ride is a Rivendell Atlantis – so this would be an opportunity to branch out a bit. I used a Chris King rasta headset, and built the wheels with rasta-colored spokes nipples. The Paul Klamper calipers and QR skewers added a splash of orange to the mix, and Phil Wood BB mudguards injected a bit of hot pink.

I’m a big fan of Carradice Camper Longflap saddle bags, so I fit them to the front and the back. I talked to Porcelain Rocket to see if he could make me a frame bag that would match the olive drab of the Carradice, and he nailed it so hard. He even added hot pink zipper pulls to match! 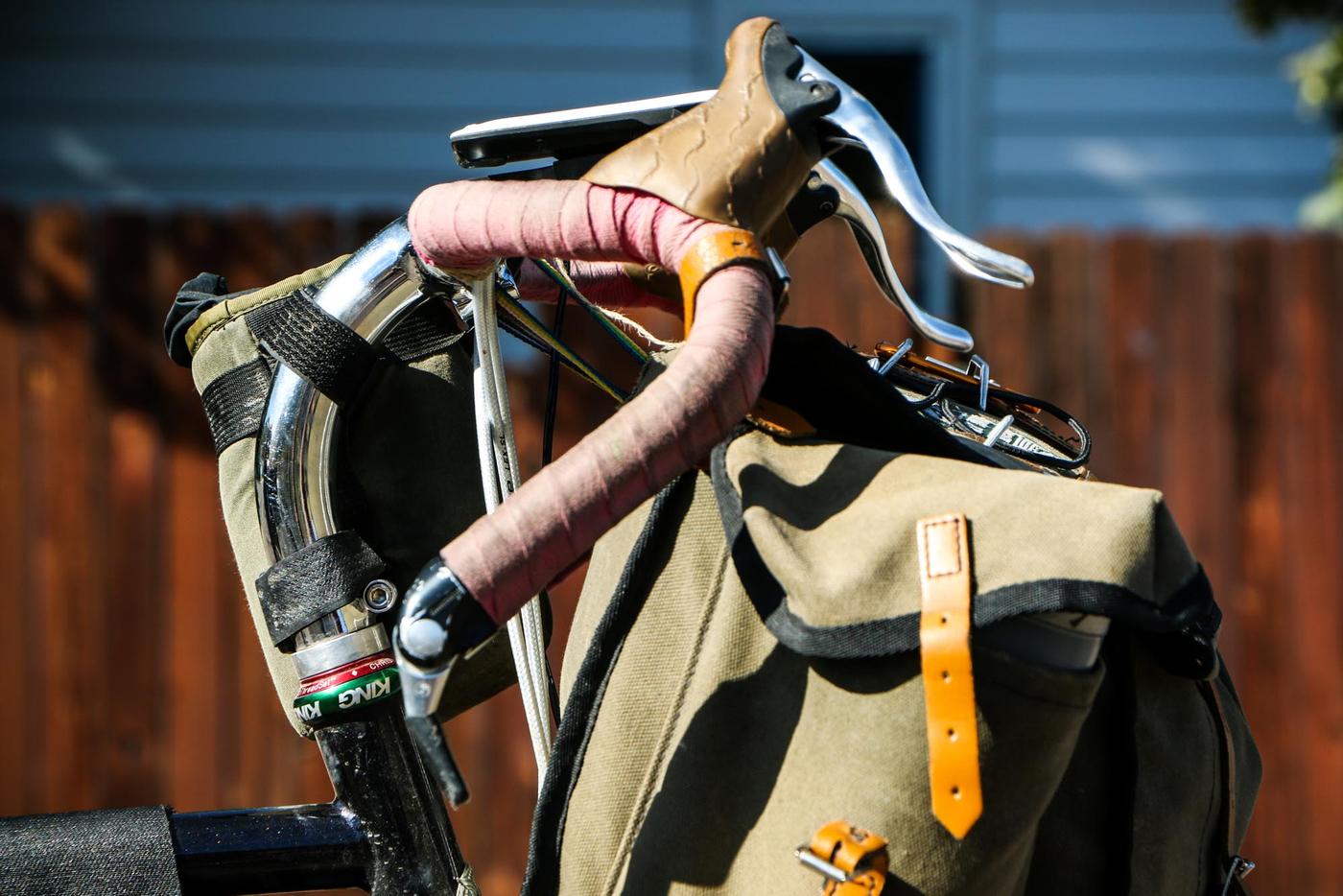 Perhaps the most unusual component on the bike is the Limp Dick stem, which is made by Crust. I love dirt drops for off road touring, but they’ve got to be up high to make sense. The DFL already has a very tall head tube, but the limp dick makes it even better. As a bonus, Crust is donating the profits of their Limp Dick stems to Charlie Cunningham’s medical fund. How about that!

Anyway, the photos here are of the bike after 1,000km of the divide. After ten days of rough and tumble riding it didn’t skip a beat. Zero mechanical issues. I love it. The 26+ platform gives me the wide footprint I need for rolling over rough rocky trails, but still feels really quick to accelerate and turn. Riding it without any bags is awesome too, and the frame really inspires you to shred hard.