Austin has a certain gravity. It attracts cyclists of all-wheel types and for Matt, he wasn’t drawn here for the road cycling or mountain biking. Matt began his experience with the bicycle on a BMX. He’s from Australia and Austin has always been the mecca for BMXing in the US. His friends here range from pros to companies like T-1, where he stays while in town. 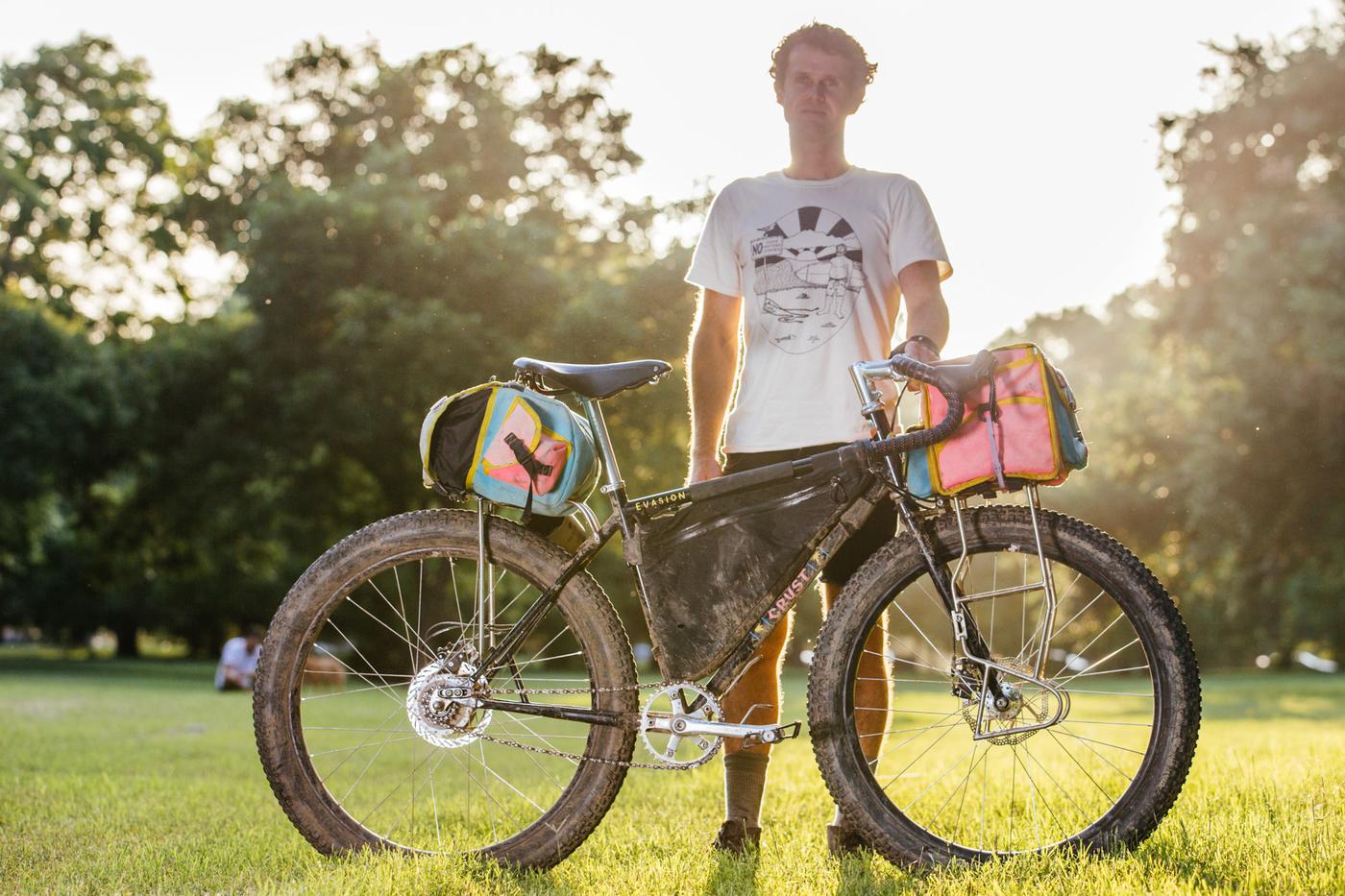 It wasn’t until a surf trip in Mexico a while back that he finally got a bicycle. If you’d call it that. A clapped-out rig took him for hundreds of miles to visit a friend before he finally realized what he wanted in a bike. Later, a custom Bilenky allowed him to tow his surfboard on trips and the touring hook was set. 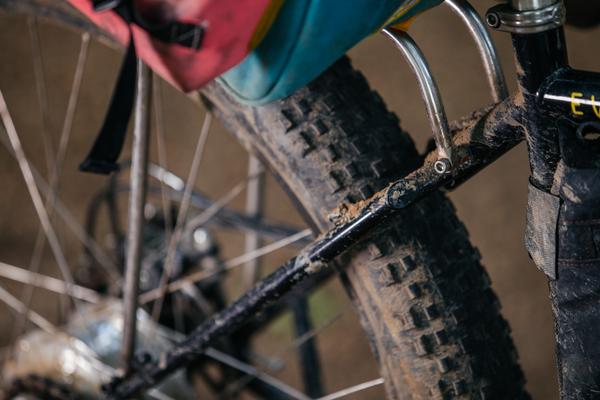 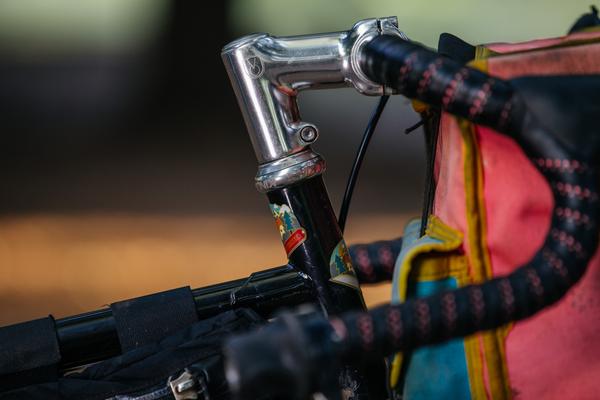 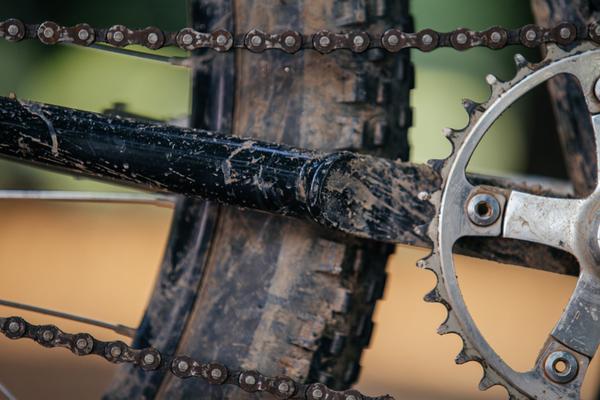 Fast forward a few years and Matt wanted to do something on his own. Since he’s not a framebuilder, he met up with a friend who’s dad was. They began talking about cycling and what it meant to Matt before drafting up a CAD drawing and getting a few prototypes made overseas. Crust Bikes was born. Sort of. Still incubating, this company right now spreads the stoke over Instagram, where Matt shares his travels and sells small items like patches, bottles, and trucker caps. 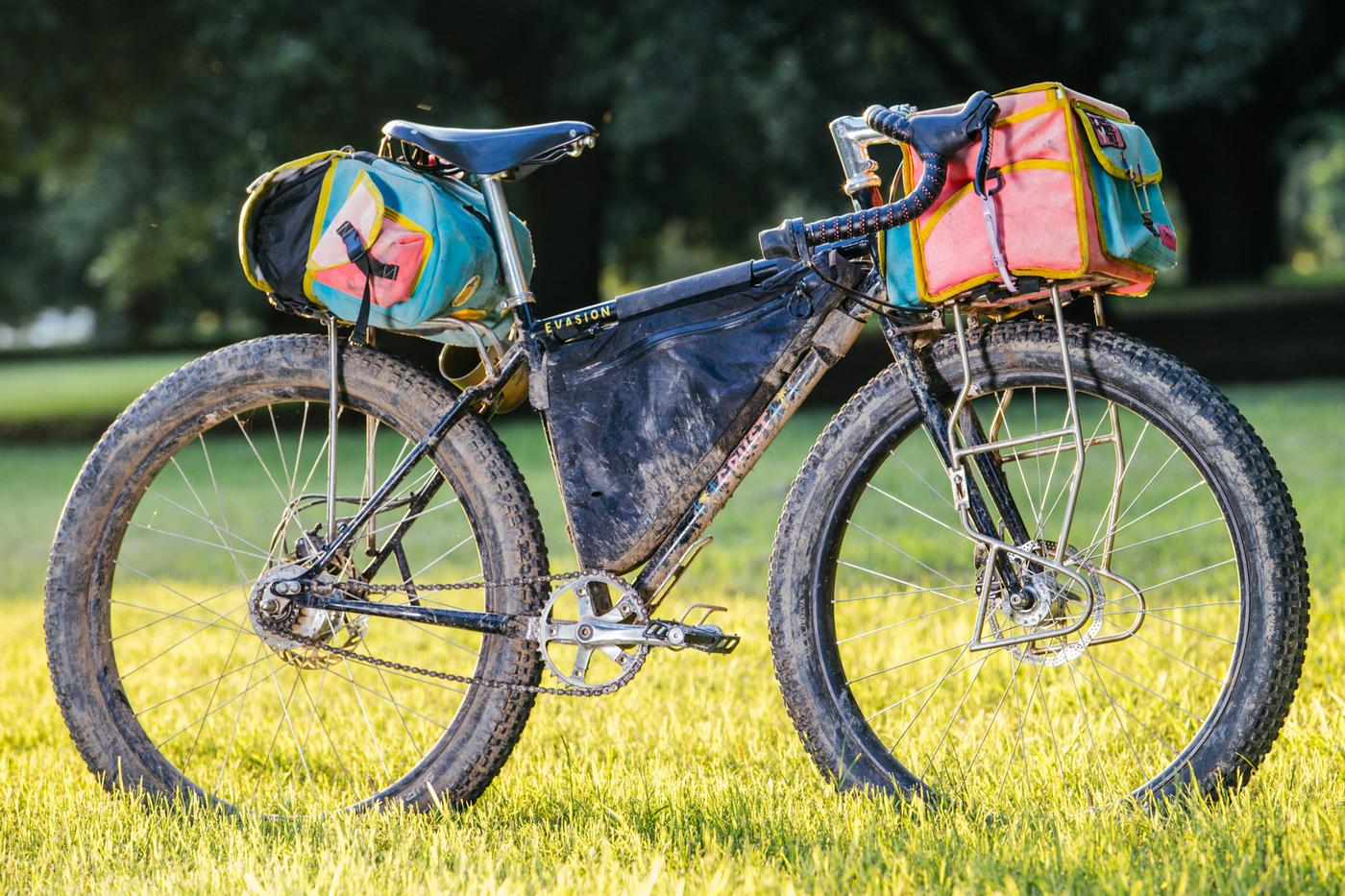 Matt hopes to be building frames here in the States, under the welder of an experienced builder up in the North East. His first model would be this Evasion touring bike. Built for 26+ (Knard 3″), 650b or 700c wheels, the Evasion has the clearance and the confidence for everything from a sub 24-hour camping trip to full-on excursion style riding. 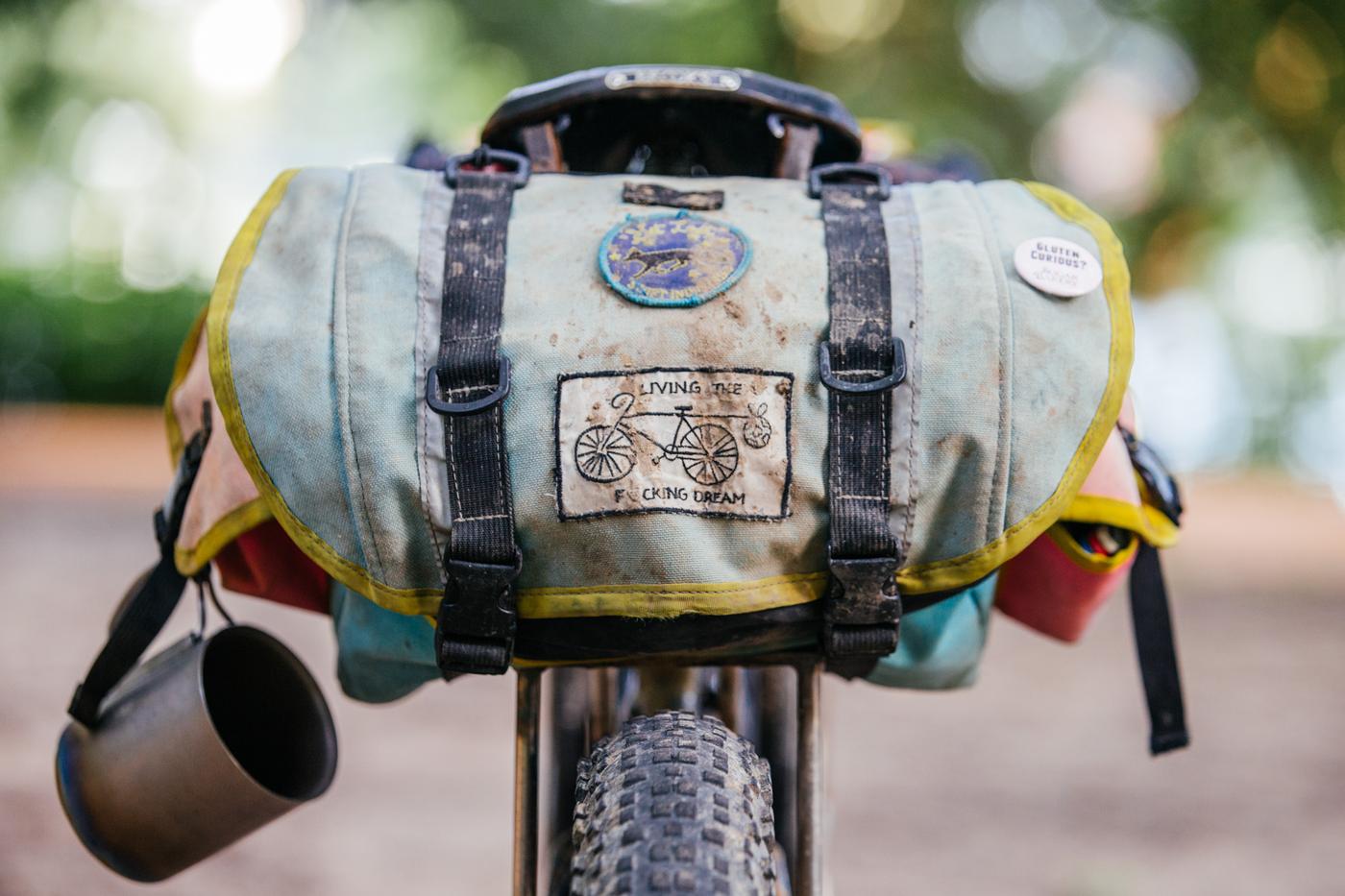 I caught up with Matt last week and shot some photos of this unique rig. Built with a Rohloff, it’s virtually maintenance-free. The Swift Industries bags, Brooks Saddle, and other components tell a tale through their patina. One that you too can follow along at @AFewSketchyMoments and @Crustbikes on Instagram