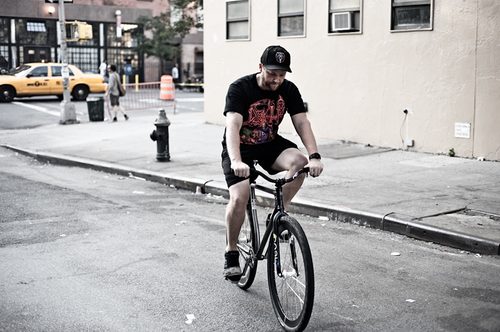 While Tyler Johnson and Matt Lingo were in town last week for the BFF, I got to test ride Tyler’s new Leader frameset, the Shadow. It’s got a few interesting details, including a bent-plate chainstay gusset, curved seattube and a wishbone seatstay.

Check out some more photos below, along with the official PR from Leader. 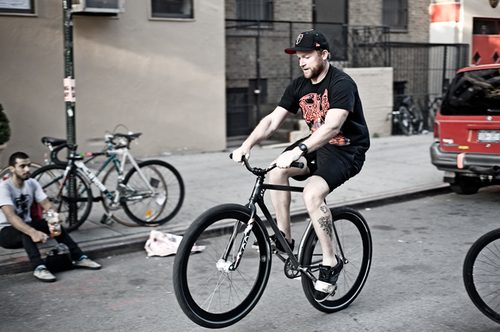 The thing that sucks about being such a big bastard is I can’t ever really test out anyone’s frames. Everyone I know with a prototype or a sample rides either a medium or a small. That was the case here. I wanted to thrash it around a bit but couldn’t get my bearings straight. Tyler seemed stoked on it and his only comment was how he wanted to strip the gun coating to make the frame a bit lighter. I know it sounds silly, but a lot of people feel that way about thicker frame coatings. I will say this, out of all the Leader frames, this one looks like the most thought out. You don’t need to have the wheel allllll the way back in the track end to clear a big tire, the detailing looks more consistent with the way a trick bike should be and it’s relatively light.

There’s a thread-a-brewing over at Trick Track, so roll over and check it out!