A few years back, you might recall a story that Radavist author and contributor Kyle Kelley wrote, regarding a trip called the Steamboat Ralleye. There was even a video! 2015 seems like a long time ago, but that ride operates as a segue into this morning’s tale.

“Come to Colorado, see the aspens, ride a Moots to Fort Collins” pretty much sums up how I got to this point. An invite surfaced from Peter Discoe, the founder of the Ramble Ride, coinciding with my friends at Moots, to take on 220 miles between Steamboat and Fort Collins, Colorado, via steep and daunting mountain roads. We’ve covered the Ramble Rides extensively on the Radavist before, but I wanted to sink my teeth into some Colorado dirt before summer was over. 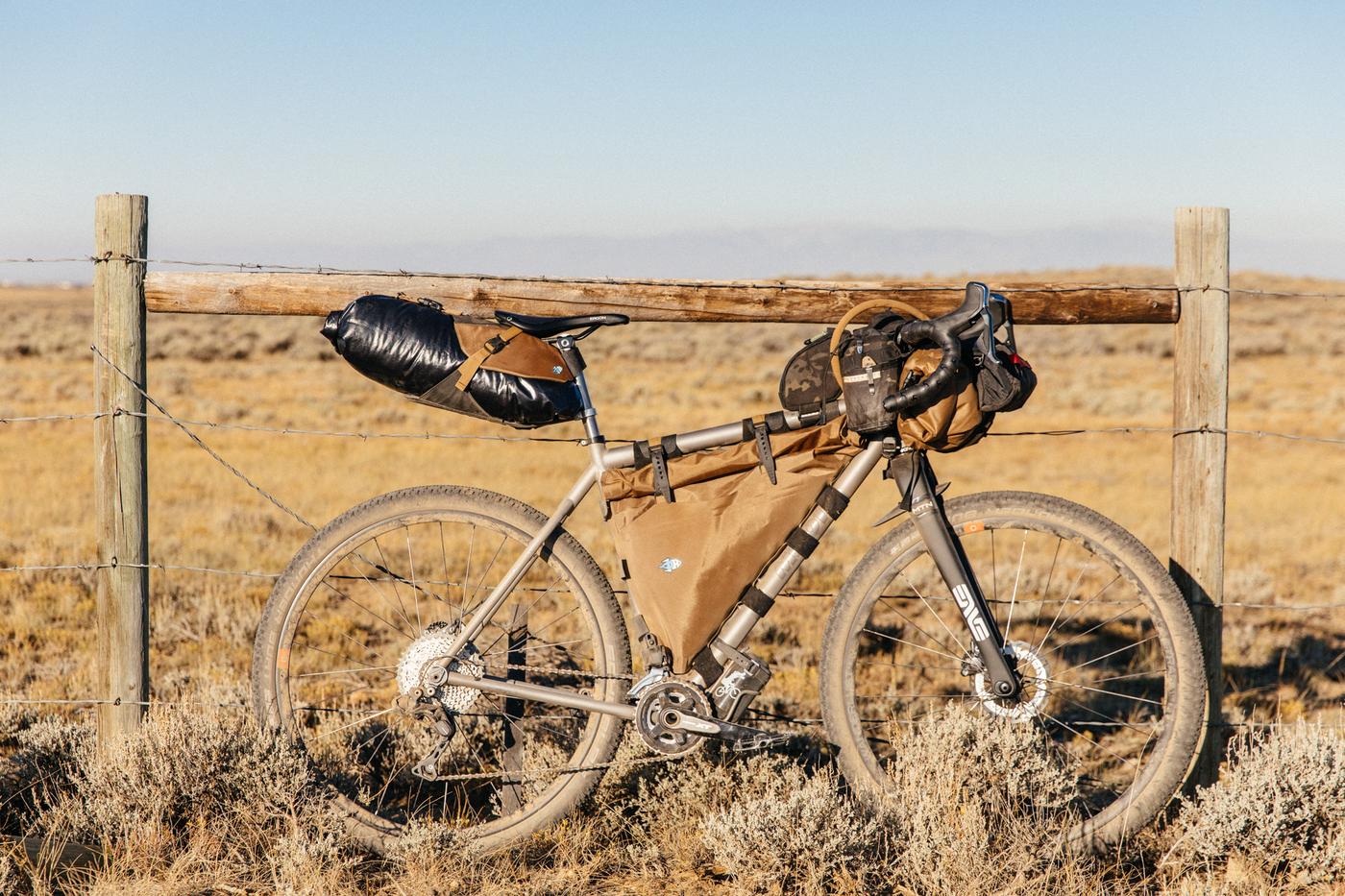 After a quick stay in Moab, Utah, I found myself walking the factory floor at Moots HQ a few days before we would embark on the ride. The guys set me up with a Moots Baxter, to which all my Porcelain Rocket bags would be affixed, supporting my ass for three days of late summer bliss. Now, about the Ramble. Peter Discoe has been in the industry for some time designing and selling products. After a while, he realized that while they’re nifty, products don’t give you life memories, or alter your existence as a cyclist. Peter wanted to do something more meaningful, more memorable, and honestly, more fun! This year marks the third year of the Ramble – an event born from that Niner Ralleye ride Kyle wrote about in 2015 – now with a bigger agenda, support, and a title sponsor, New Belgium beer. In the early days, the Ramble was a “fend for yourself” ride, with breakfast and dinner supplied each day, but that’s it. No water, no lunch, no support. Nada. You were on your own. For the event to grow – not only into something bigger and better – Peter knew he had to change it up a bit. He knew if he added on-course support and the option to shuttle your camping equipment, he’d get a wider variety of people to sign up. These changes were never about bringing in more people – Peter caps the ride to 75 registered riders, which turns out to be 90 or so after other private invites are included – it was more about offering a challenge, no matter what your expertise is. I spoke with people who had never bikepacked or toured before. Some had never even camped before! The idea of riding by themselves over the mountains to Fort Collins seemed insurmountable, yet the Ramble offers up a safe and secure environment for them. On the other side of the spectrum came the seasoned cycle tourists, carrying everything they needed to be self-sufficient on the ride. And since the only deadline was the setting sun, no one was really racing, and due to everyone’s bike being loaded at different capacities, it encouraged a pleasant conversational environment. 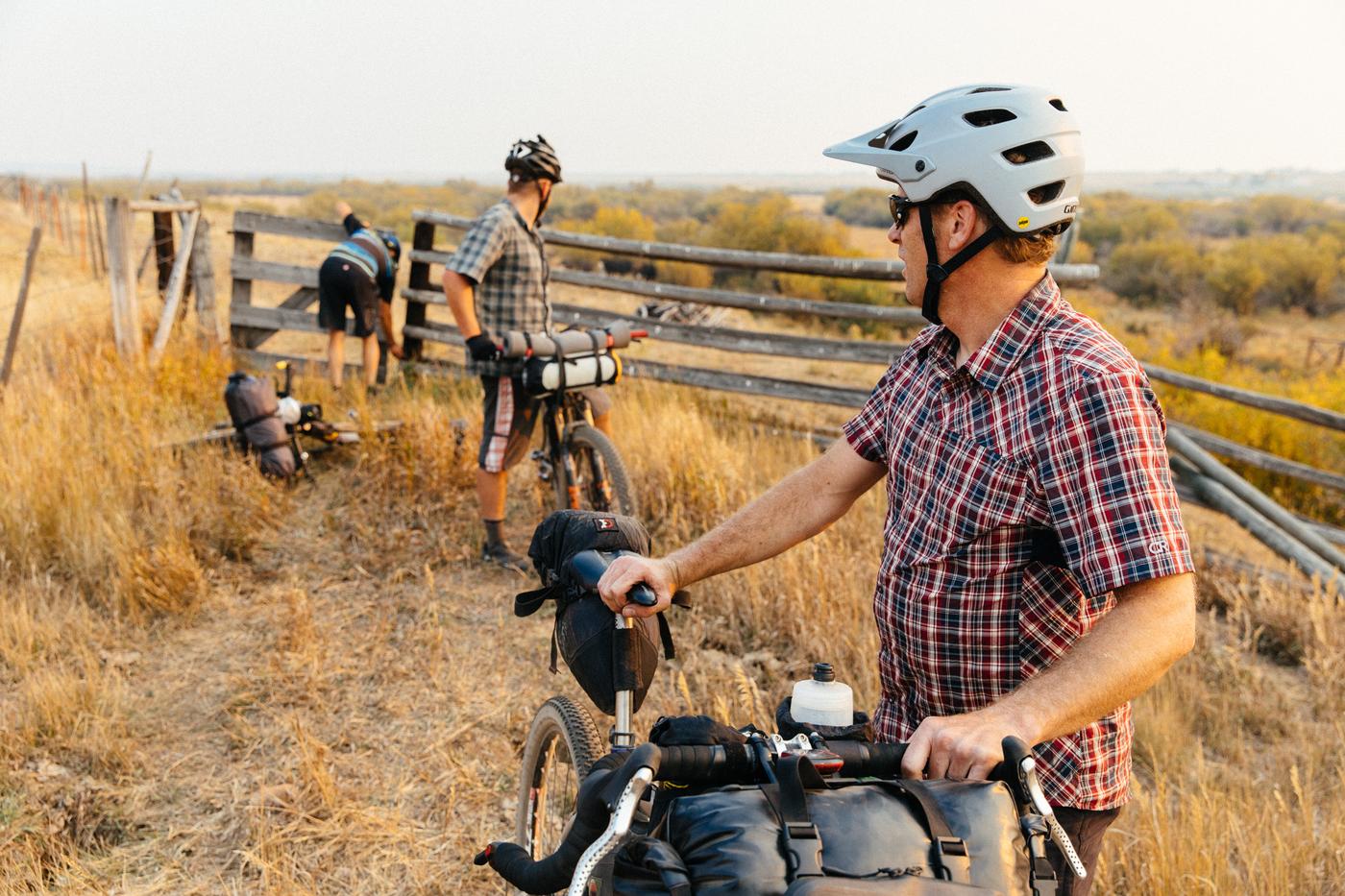 As a photographer, lover of the outdoors, and seasoned cycle tourist, I had my hands full on this ride – for the duty of photographing it alone would have been a daunting undertaking. Riding in the event, carrying everything I needed, and keeping my eyes open for spots to set up shots, created quite a challenge. This ride was not easy! 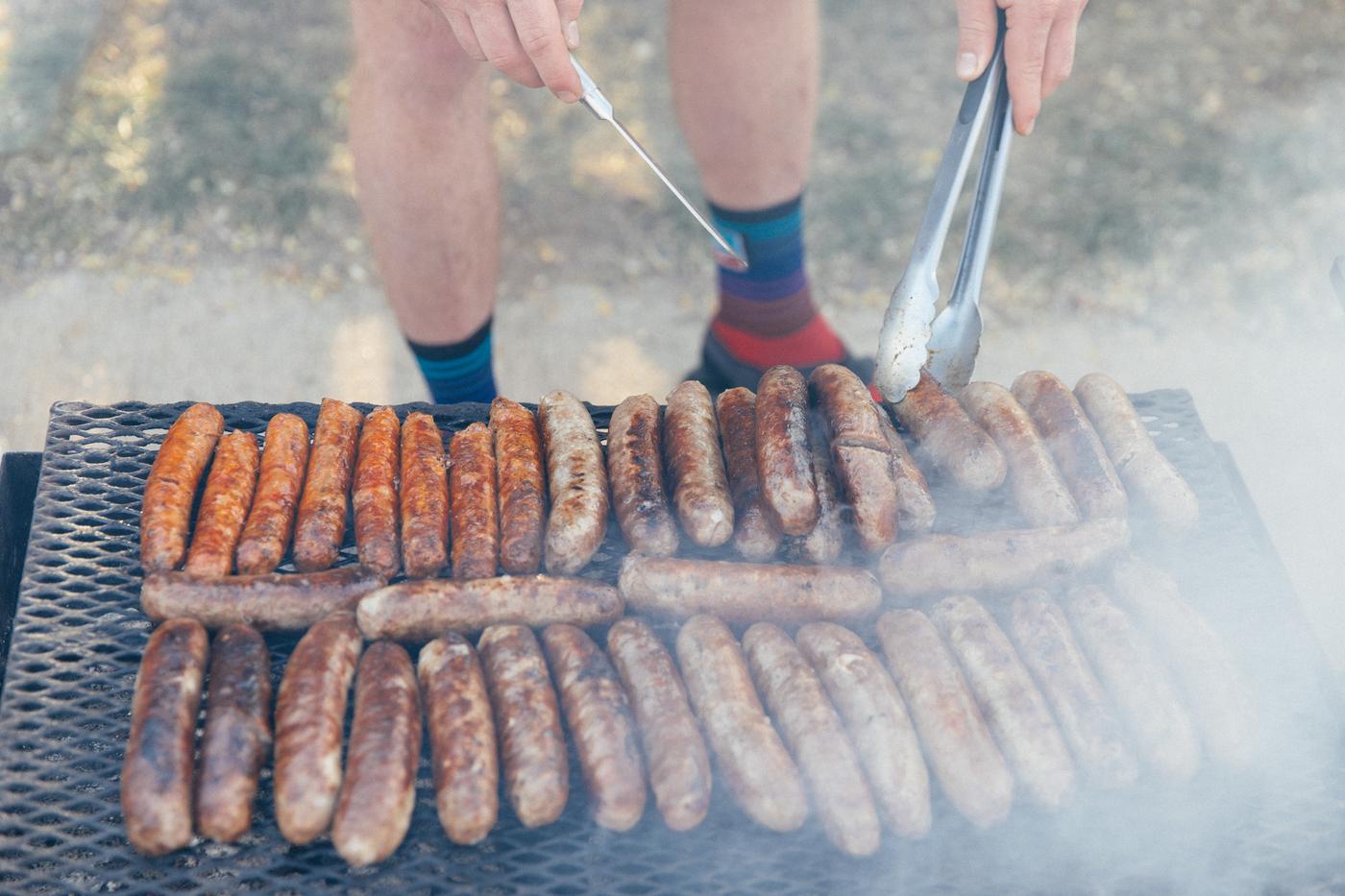 At the end of each day, a wonderful meal was provided by Tanesha Hartnagle and her Mountain to Desert Catering Company. As a substitute to the freeze-dried backpacking meals or greasy spoon burger, it made going to bed at 9pm all the easier. Meanwhile, as we were traversing the mountainous route laid out for us, Peter Discoe was in the middle of a sag-wagon confessional. Come the second day, a lot of riders were cracking and rightfully so. If you look at the elevation profile, you’ll notice ample elevation changes. I’ll admit, the thought of bailing out crossed my mind a few times. For Peter, however, he got an earful in the van as he shuttled cracked cyclists to the finish, careening through the golden forest and down hairpin gravel roads. We had a good laugh discussing the finer points of being the support vehicle driver and event organizer, but not without a few beautiful anecdotes – like the guy from a Ramble two years ago, who was in his 30’s, wanting to lose weight and challenge himself, only to go on to be a seasoned bikepacker, taking on the Tour Divide Route, two years after his first Ramble. On that ride, Peter had to convince him to not bail out and he thanks Peter to this day. 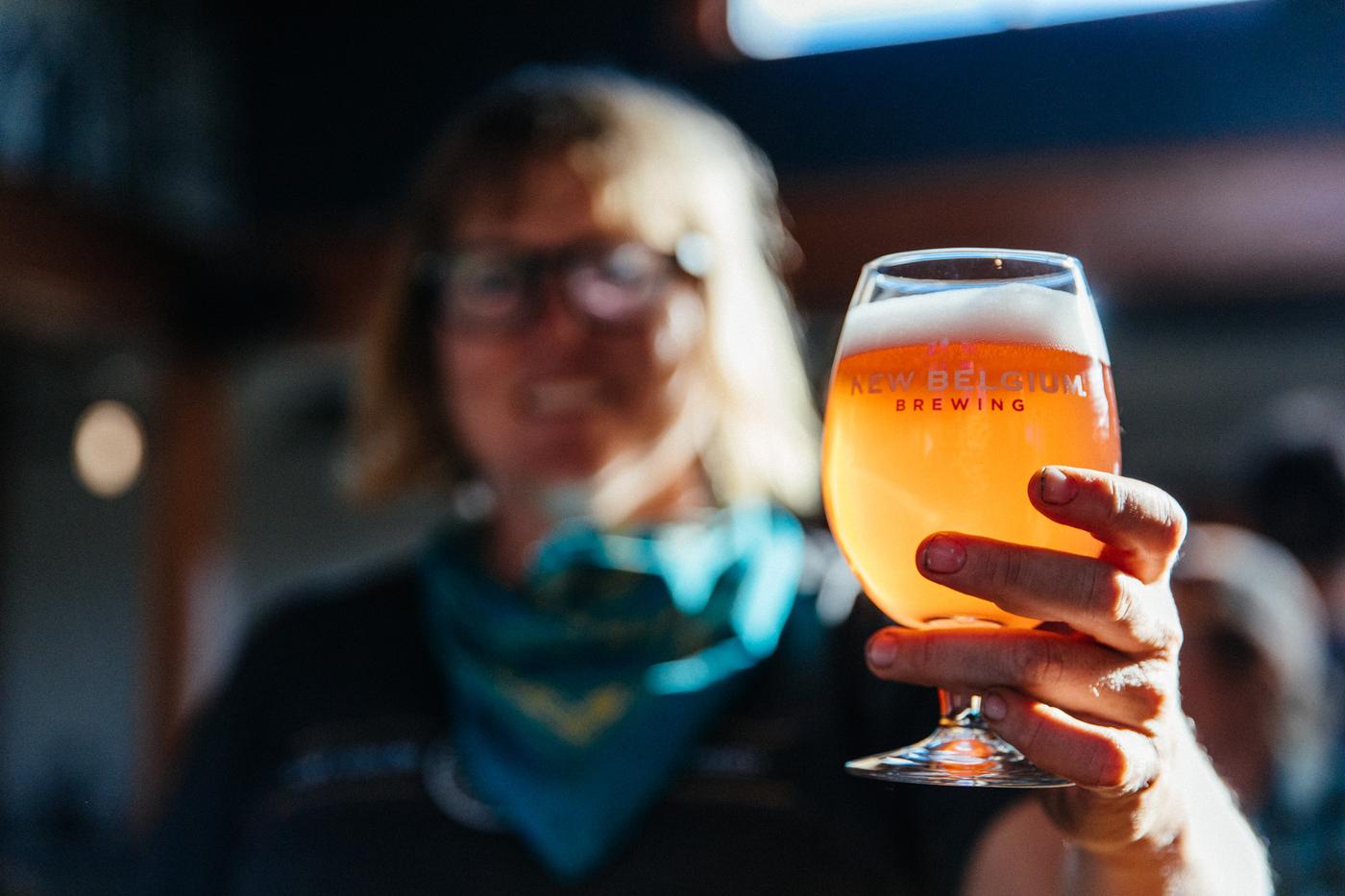 This “bite off as much as you can chew” environment makes for great stories, told over cold beer at the finish of the route, inside New Belgium’s facilities. I think everyone was glad to be done with the course, but were far from being done with bicycle touring. Instead, I heard battle cries about springtime tours, or even trekking to South America for the winter. Everyone had aspirations of taking on more ambitious experiences on their bike and that, to me, was the most impressive byproduct of this event. No one was cracked. Everyone was stoked. You can find the above images and more in 2000px wide format at my Dropbox. Please, these are for personal use only!