To say there were problems with the frame isn’t entirely accurate. In Darren and Matt from Crust’s mind, the Dreamer is a light-weight tourer with gravel bike tendencies. As such, the modern Dreamer uses clearances determined by a 47mm tire and a 2x drivetrain setup. When compared to the first Dreamers that banked on a 2.1″-ish tire and 1x drivetrain, this is a big difference. When I ordered a dreamer, I wanted the former model but ended up with the latter. To be honest, it wasn’t a big deal except I built the bike to run a specific tire and those tires wouldn’t fit, so Darren felt like it was worth fixing the problem. 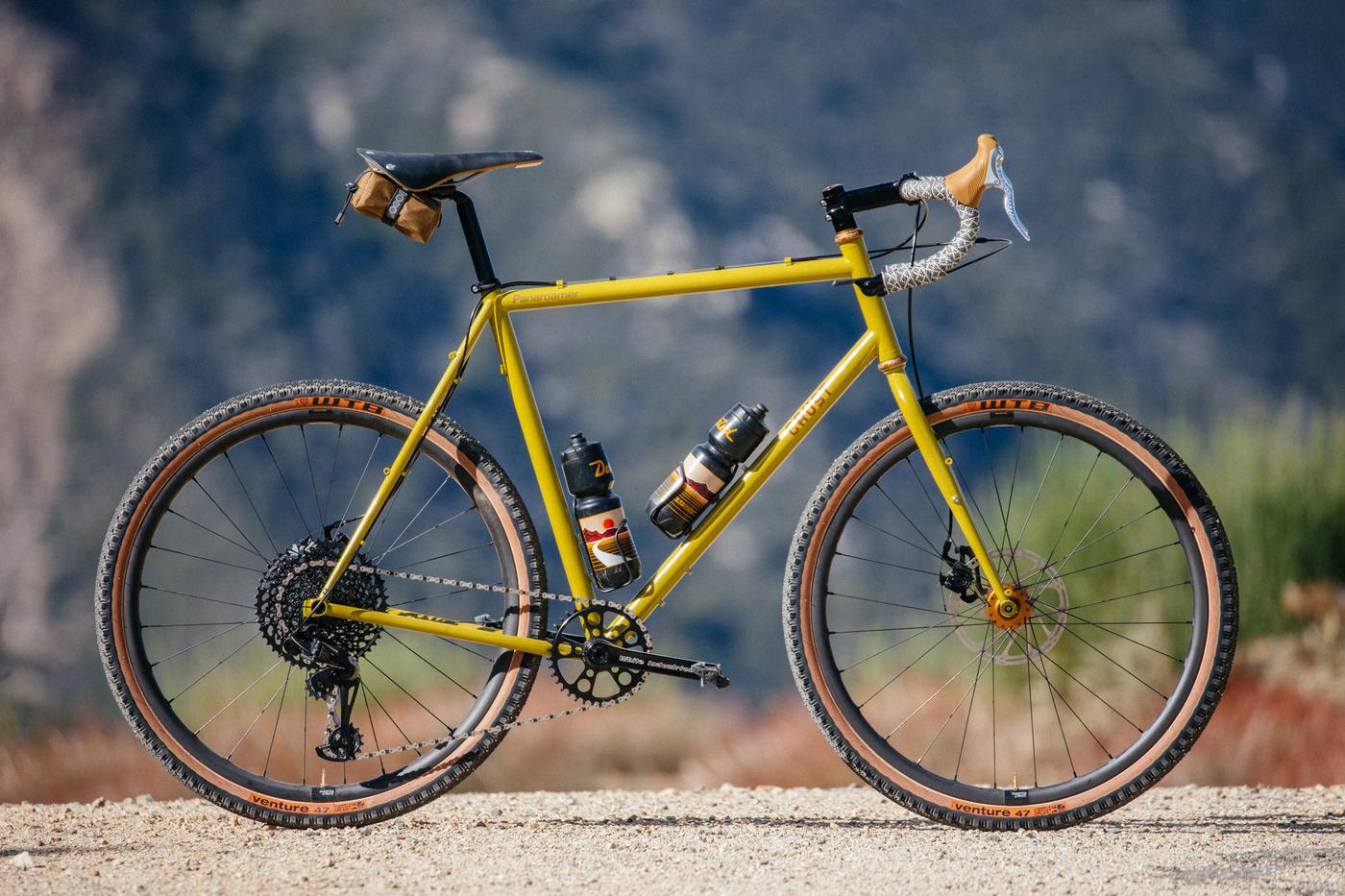 The thing is, he had a very busy year with non-bike commissions taking up a majority of his free time, so it took a while to have the frame’s rear triangle swapped out. Luckily for me, I had other bikes to ride in the interim. What you see here is the same front triangle with a new rear triangle. Darren swapped in new stays and incorporated his new dropout design. The frame now clears the Sim Works Super Yummy tire and other, more rotund 27.5 gravel tires. The Ultradynamico, Schwalbe G-One, and others have crossed my mind to try out, terrain-dependant. Then, the most obvious change was the color. I wanted something less flashy and more subdued with Prismatic Powder’s “Gravel Grey”. Yes, I had to stop myself from coating it in olive drab or desert tan. The build kit stayed the same, minus a last-minute addition of a SON hub with a Sinewave lamp and I swapped the stout GX SRAM cassette for an XO1. He also re-routed the cable from the top tube to the downtube, cleaning up the silhouette of the bike. Geometrically speaking, my Dreamer is a bit different than the stock geometry offered by Crust. For something like this, you can holler at Darren Larkin directly. What I Love About this Bike

My original Dreamer got me hooked on Darren’s unicrown fork. The way it rode on dirt roads was unlike anything else in my collection at the time. Then, I got my Sklar with a similar fork design, and I can’t get enough of the way steel forks ride on a lightweight frame with a big, fat tire. After years of riding carbon forks, it was a pleasant surprise to be riding something as smooth as this thin, elegant, and compliant fork. While the generator lamp wiring is a bit distracting, I prefer to wrap it nice and easy, in case I ever want to swap wheels or put this wheel on another bike, like my Firefly or my Sklar gravel bike. Hey, ya never know! 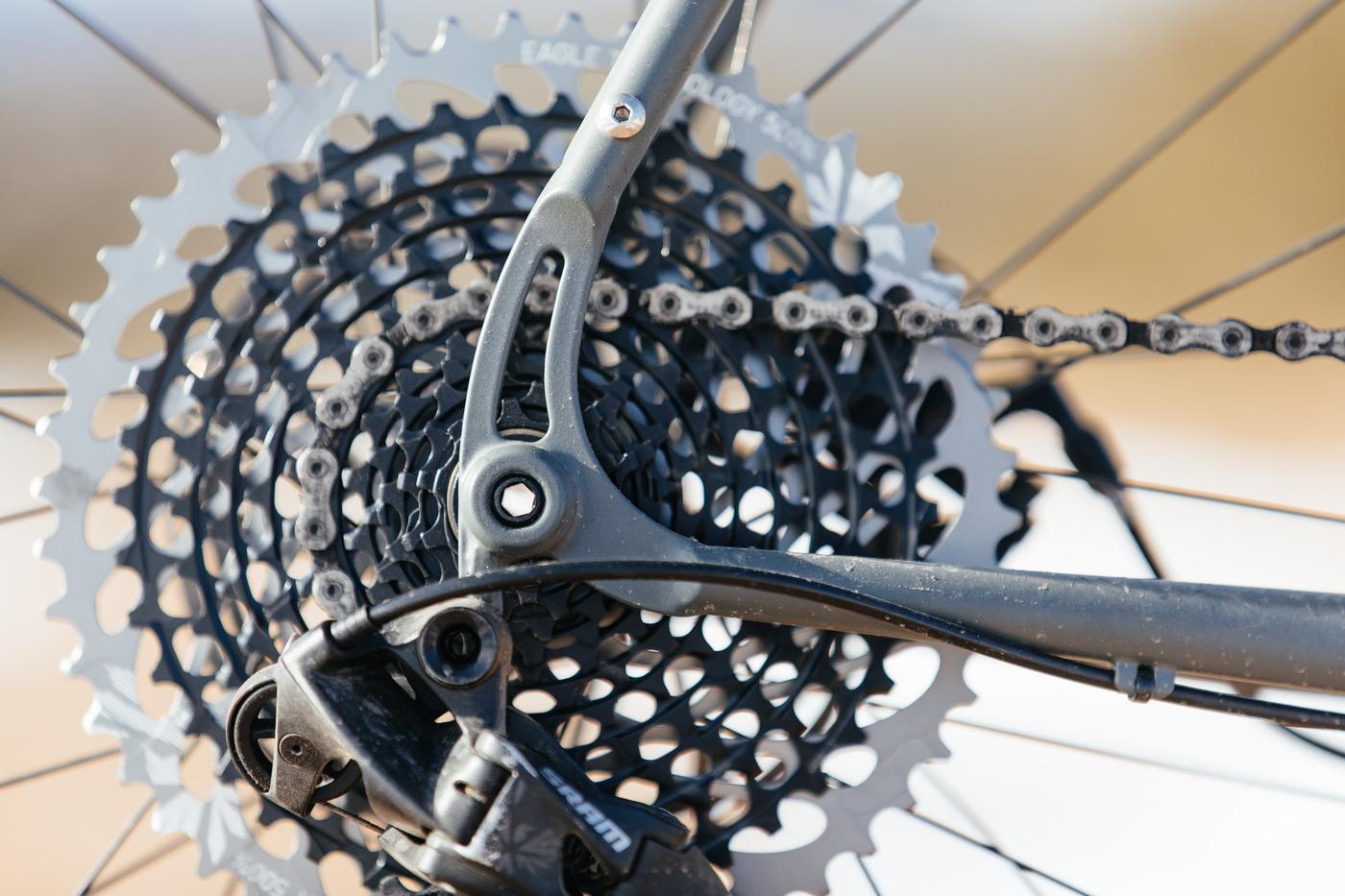 The new Dreamer dropouts are really, really nice, especially when compared to the look of the previous ones. 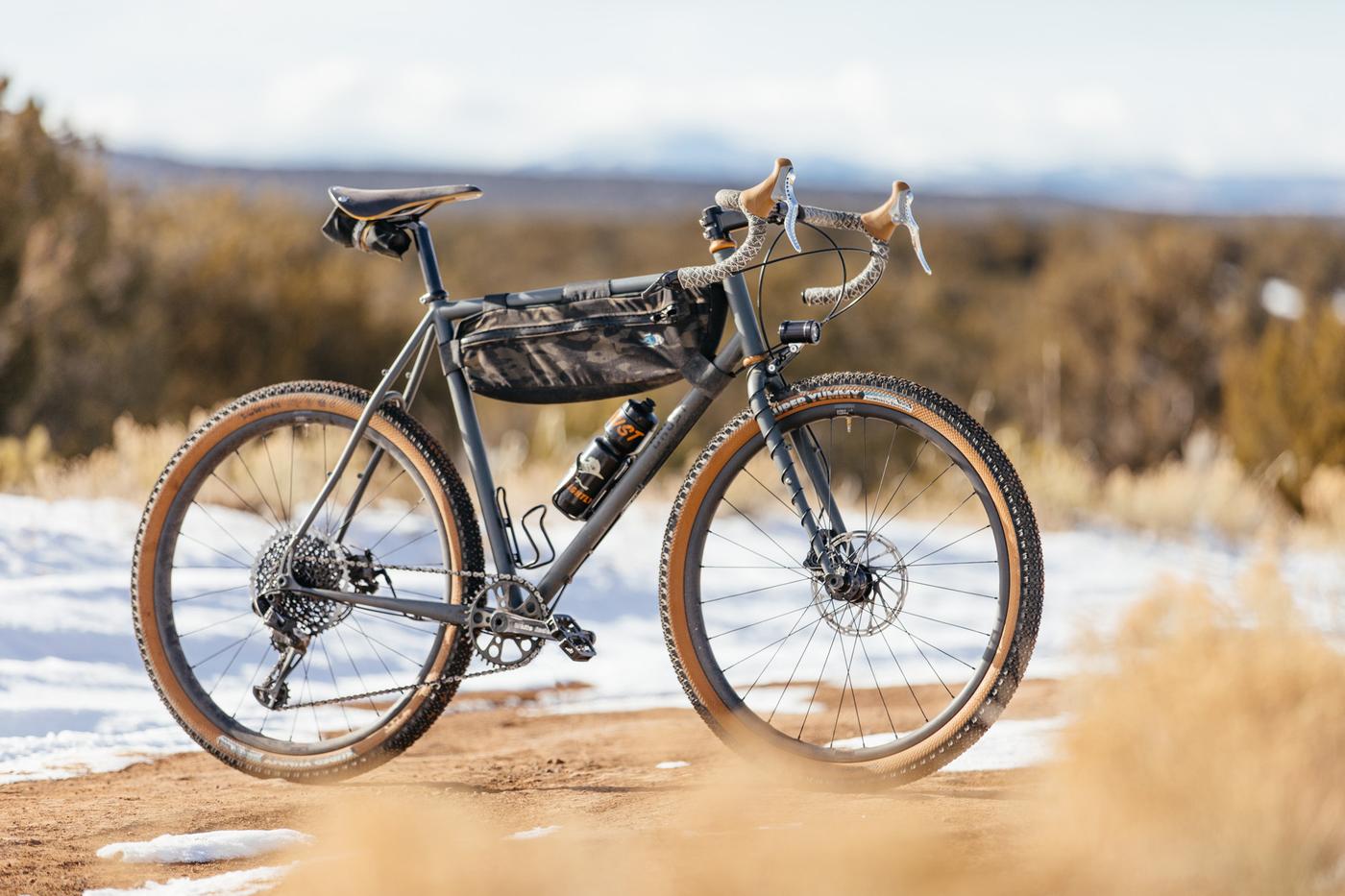 So far, I wouldn’t change a thing about this bike. The gearing, tires, handling, feel, and overall build kit really suits my specific needs, wants, and uses. I’ve been really enjoying it on my normal gravel roots and look forward to doing some mixed terrain touring on it in the following months. If you were wondering, that’s why I made the cables a bit long, to clear a basket bag, a Fab’s chest, or other bikepacking packs.

This week, I’ll be looking at some of the specific components of the build in their own review posts. So if you really want to know what those Look Geo Trekking pedals are all about, or how the Sinewave light behaves, or even that clever Microshift barcon, then stay tuned. For all other questions, be sure to drop them in the comments!  What would you have done differently?