I’ve never owned a bike that receives as much attention from non-cyclists as a Retrotec. With comments ranging from “can I fit big tires like that on my cruiser?” to “how’d you put disc brakes on that cruiser?” Once I follow up with an explanation, they quickly lose interest, yet are still entranced with the bike itself. That connection is not too far from the reality of the Retrotec brand, however. Back in 1992, a builder named Bob Seals wanted to race his old cantilever cruiser frame. This frame, the Retrotec number one, still hangs in Curtis’ shop to this day.

Bob’s intent was to make modern-day cruisers, designed to be ridden and raced. The look of Bob’s builds really resonated with Curtis and in 1993, he moved to Chico, CA to work for Retrotec. In 1995, Bob had exhausted his framebuilding efforts, prompting Curtis to take over, relocating the business to San Francisco. This presented a problem for Curtis, who quickly realized that cruiser bikes weren’t really a thing – yet – and work was slow. Curtis chugged along in San Francisco, building frames part-time and experimenting with new Retrotec designs, while sharing a shop with the Sycip brothers.

In 1998 Retrotec moved to Napa, California and everything changed. 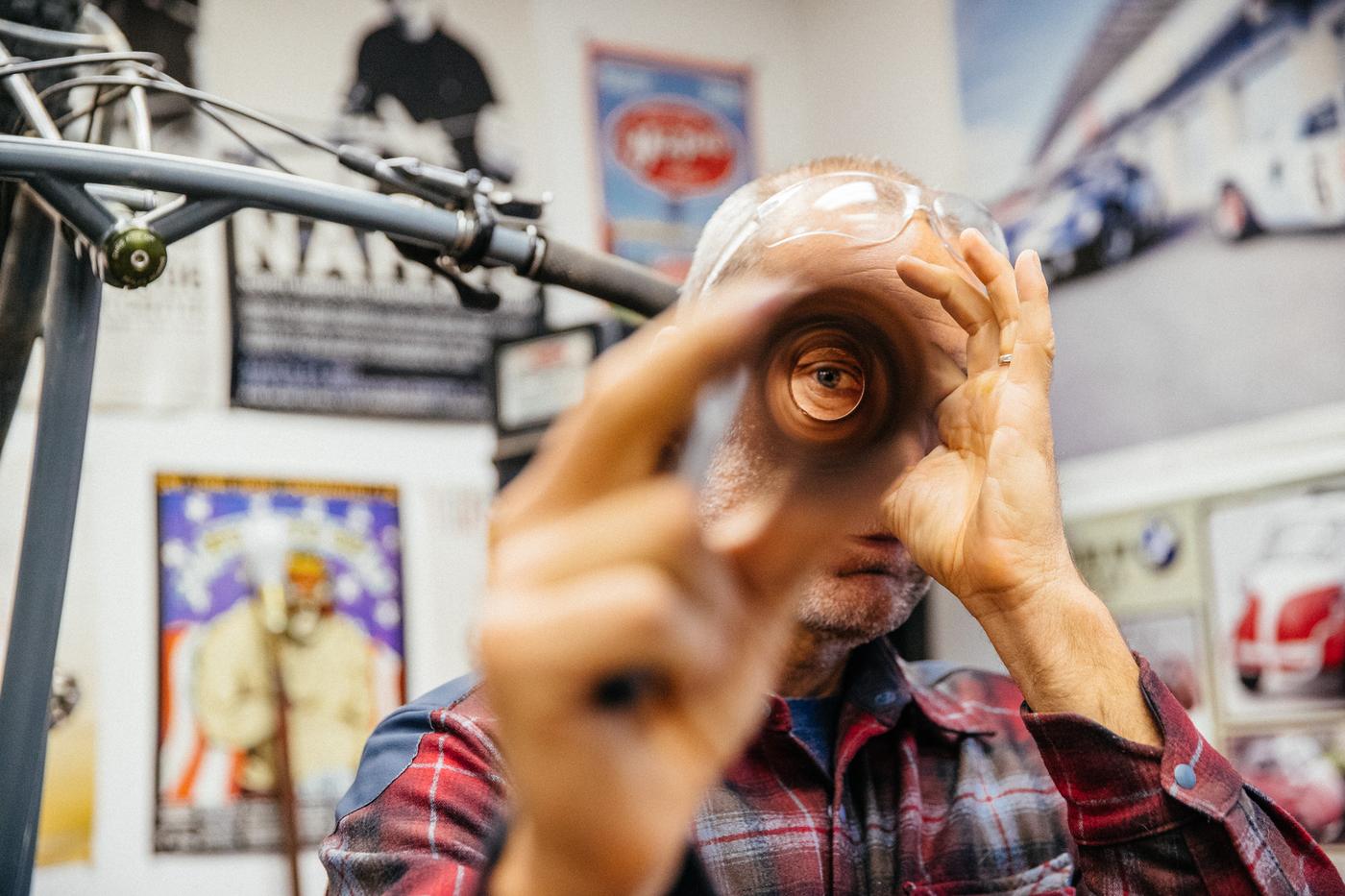 It wasn’t a fast change. In fact, it was less like a Di2 shift and more like a friction shift. Curtis eventually walked his chain onto the right cog and took off, growing Retrotec Cycles into a NorCal icon. Upon arrival in Napa, Curtis quickly immersed himself in the world of Retrotec and Inglis Cycles – the later being Curtis’ non-curvy tubed brand. An Inglis is a straight-tubed build, historically. The Inglis Cycles brand was launched in 1996. 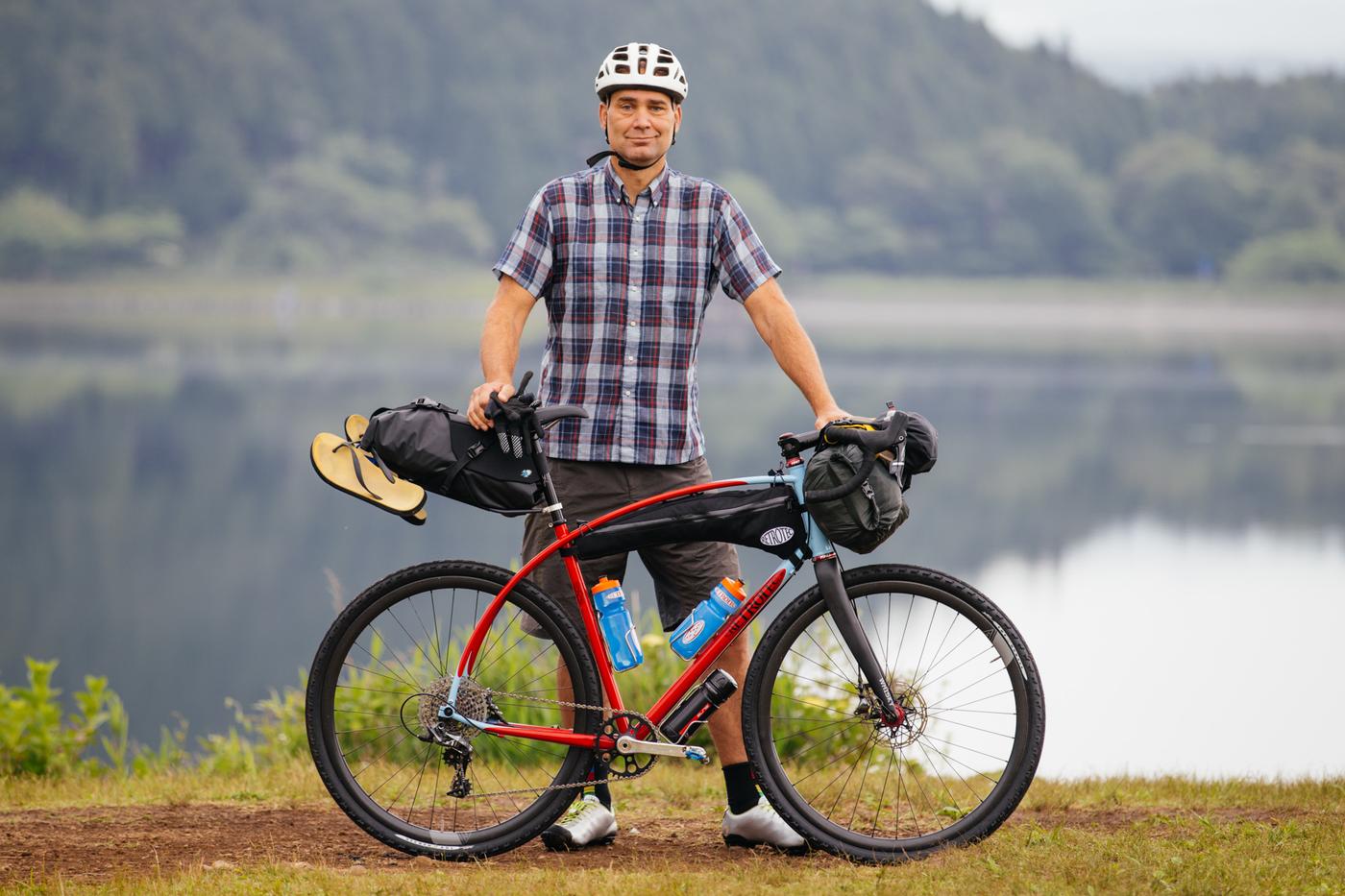 I’ve known Curtis for a while, spent a lot of time with him in Japan on a bicycle tour, and recently, spent two weeks hanging out with him and others in the Napa/Petaluma/Santa Rosa/Sonoma area. Being able to fully transplant into one’s day-to-day operations is a great way to understand their M.O. 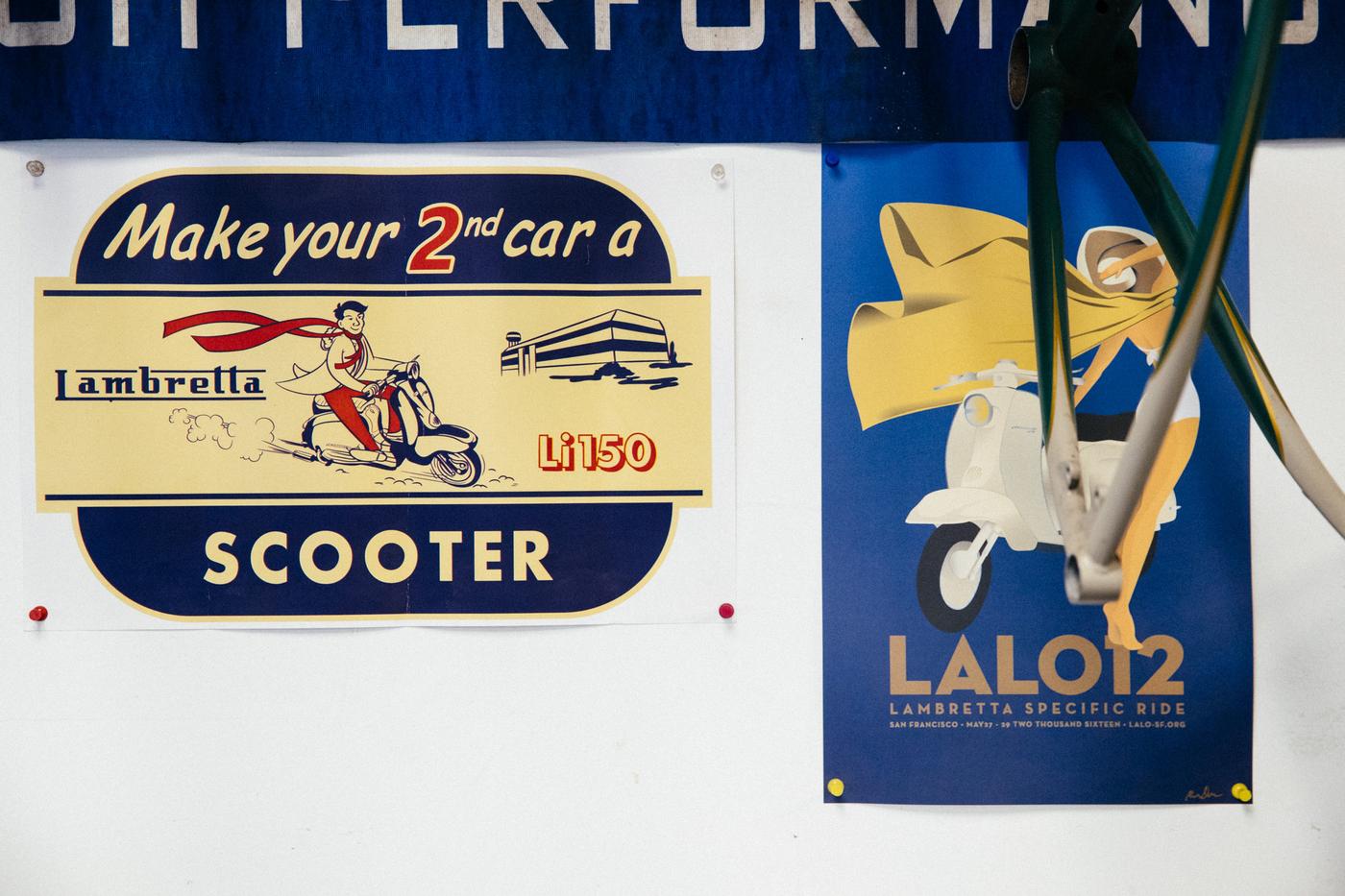 To hang out with Curtis, his wife Mitzi, and their dog Coco in Napa is just as much about cycling as it is about vintage cars and scooters. The iconography surrounding Retrotec is inspired by brands like Woseley, Lambretta, Triumph, Isetta, and others, including his newest acquisition; a first year Toyota Hilux. Coincidentally, those are the brands parked at Retrotec HQ. Everything from checkered logos, the iconic Retrotec logo, and even the colors of Curtis’ bikes are inspired by these classic rides. Their home is filled with vintage auto ads, model cars, and NorCal cycling posters alike. There’s a fluidity in the experience of hanging out at Retrotec HQ; nothing feels contrived. It’s all from the heart. Curtis is planning on spending his 50th birthday at a UK car and auto show to pull even more inspiration out of this culture for Retrotec. 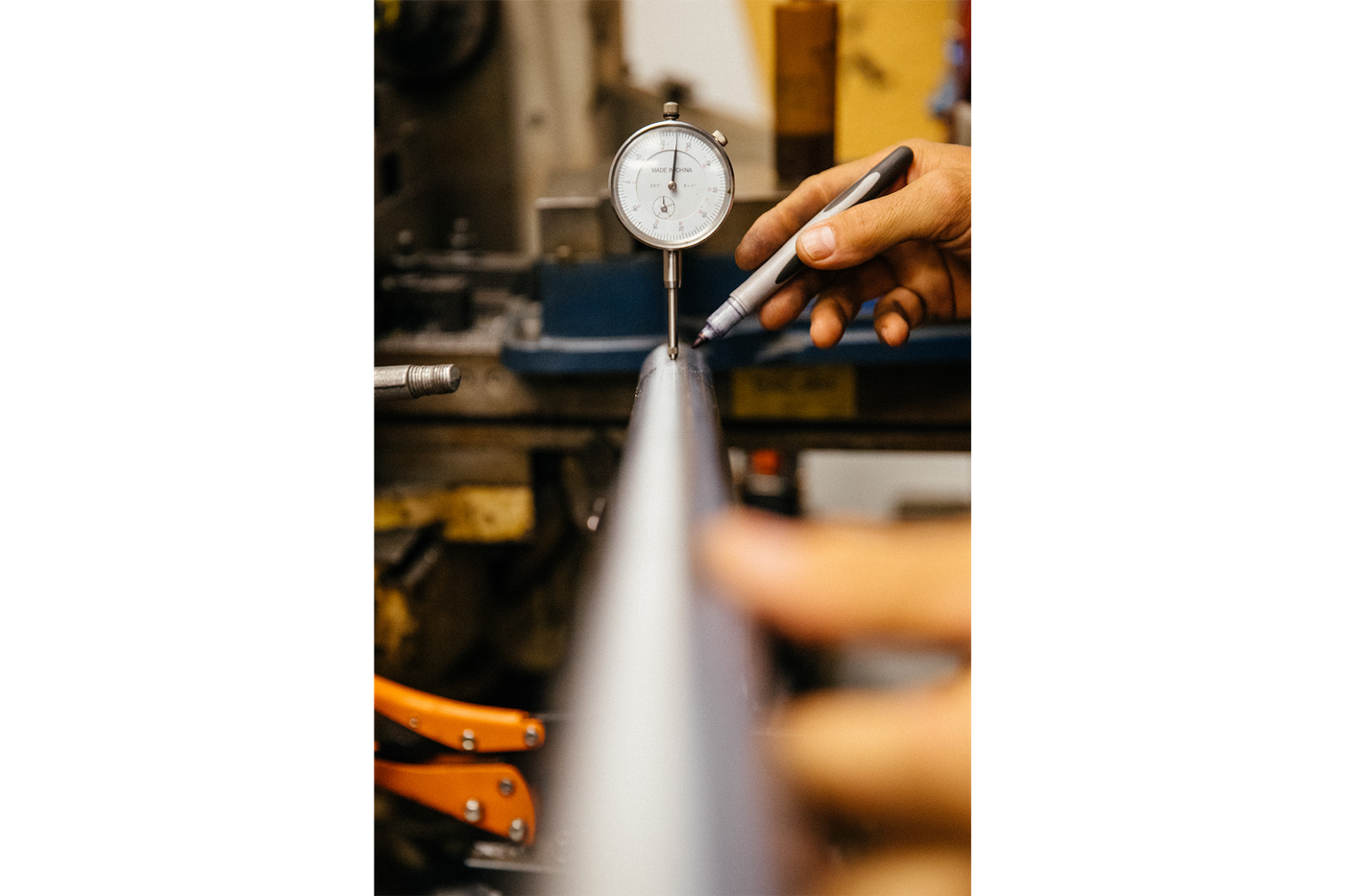 Over the years, Curtis has learned the foundation of frame building from not only Bob, but Jeremy Sycip and Soulcraft’s Sean Walling. Sycip was taught by Eisentraut, Paul Sadoff and Sean. Jeremy then aided Curtis in his efforts at Retrotec. To this day, Curtis has a mill he received from Jeremy, who received it from Paul Sadoff, and a device for pin-pointing steel tubing’s butting, built from Sean Walling’s own design from when Sean worked at Salsa. There’s a lot of NorCal frame building history in Retrotec’s process. 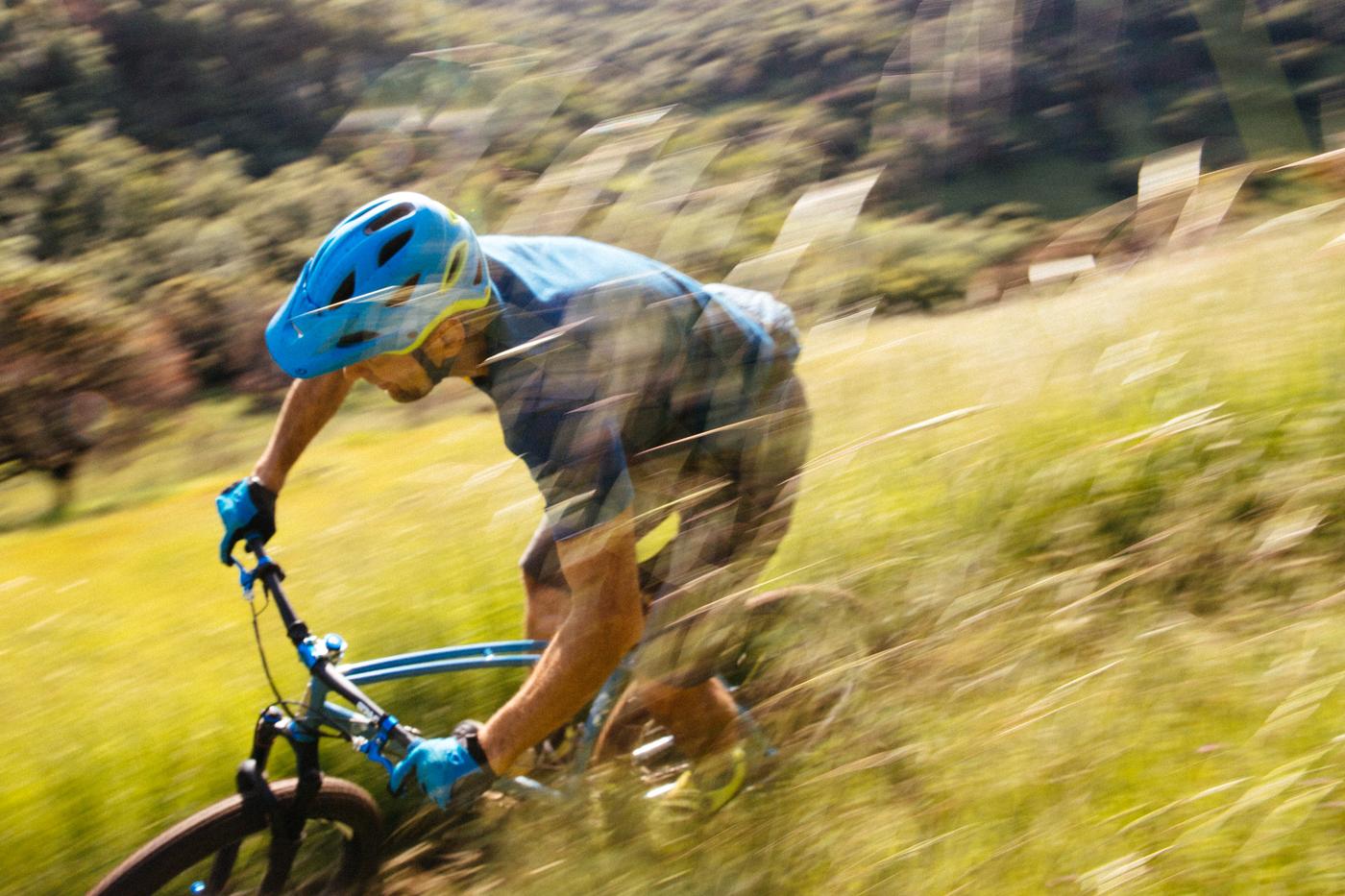 When I first reviewed the Funduro, Retrotec’s flagship and ever-evolving mountain bike platform, I was curious what the riding in Napa was like and how it inspired or influenced the geometry of the bike. Turns out, there’s a lot going on in Napa, as well as the surrounding areas. Skyline, Curtis’ local trail network, is filled with super steep climbs and equally as steep and rocky descents. My Retrotec Funduro is my favorite mountain bike I’ve owned. It’s in its third build kit in two years, with this one being the creme de la creme with SRAM Eagle XX1, a Fox Float 34, and White Industries cranks.

Being able to successfully maneuver this terrain on a hardtail is of the utmost importance to Curtis, who on every ride, is imagining little tweaks he can make to the Funduro model. His own bike, a bright blue 29+ Funduro, has been featured on this website before and he continues to ride it. The fires last year in Napa were a wake up call for the residents in the valley. Half of Curtis’ local trails were burned as the flames surrounded Napa. It was a grim time for everyone affected, yet local trail building efforts opened Skyline up this spring. The dichotomy of burnt, dead trees, towering over green hillsides is something solomn to behold. Today, Curtis continues to pursue the curvy tubed cruiser-inspired shred sleds, along with road bikes, all-road bikes, and even an e-bike commuter model. Curtis is busy working on Retrotec even if he’s not in his shop bending tubes – a process I’d like to encourage everyone to witness one day! Being able to witness Curtis’ life, work, rides, and local scene was a blast. The people in the Napa area are truly unique and supportive. On a ride one Saturday, there were 10+ Retrotecs in the pack of over 20 riders. It was impressive and it’s this kind of support that keeps Retrotec’s doors open, the machines milling, and Curtis tinkering on his vintage autos.

Next time, once the Woseley is repaired from a recent catastrophe, I’ll have to shoot that as well.