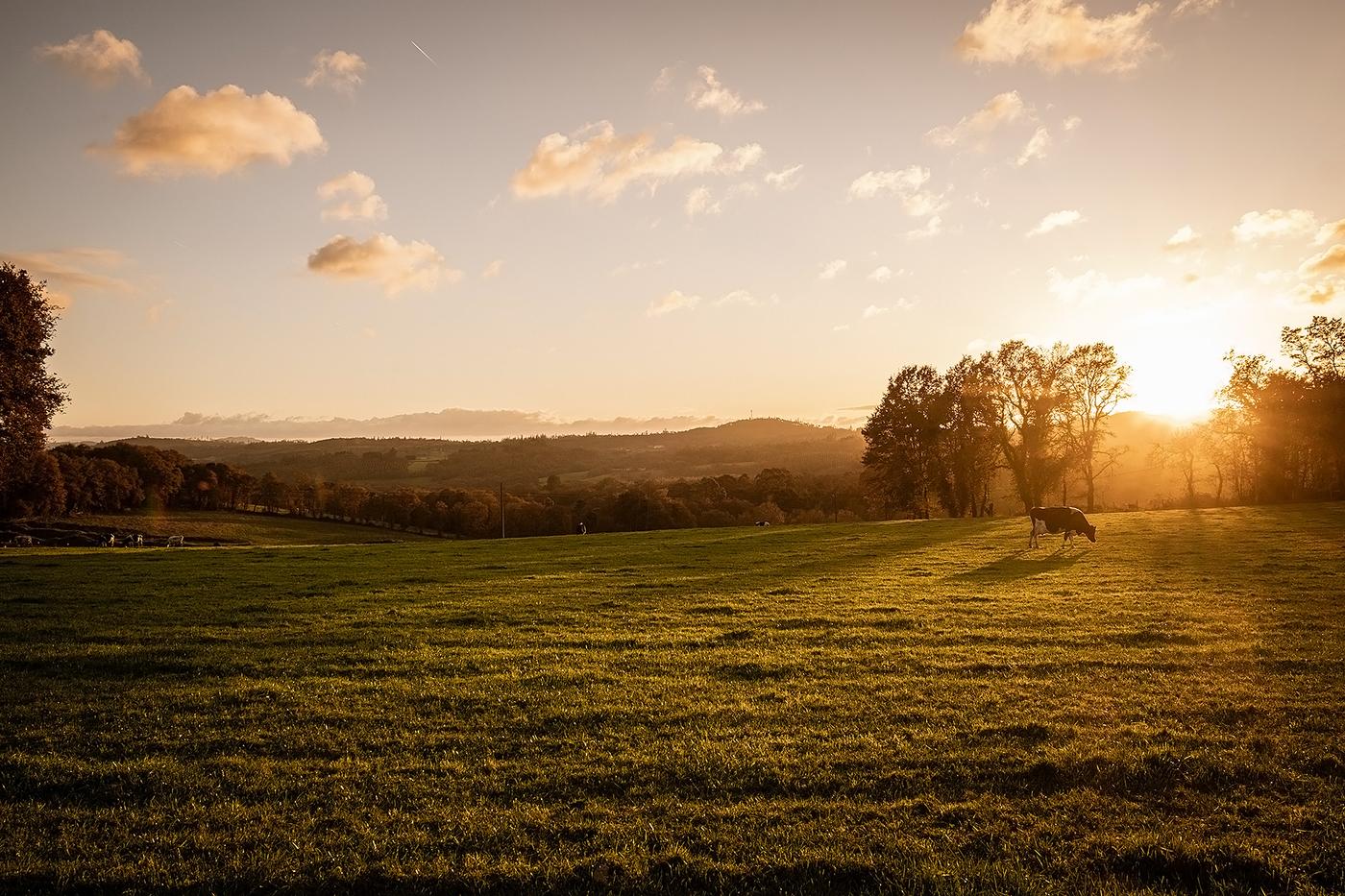 Every day, before every race, Rita put out the vase. It was slate blue, set on the coffee table, right next to the black leather couch in our living room. She started doing this ever since I arrived in Belgium to stay with her at the end of October.

Rita, for lack of a wordier description, is my Belgian Mom. Her son is a little younger than I am, and we became friends two years ago during my initial cyclocross misadventure to Belgium. Now, during my third year racing in Europe, Marek is not only my mechanic and race-day psychologist but my housemate as well. 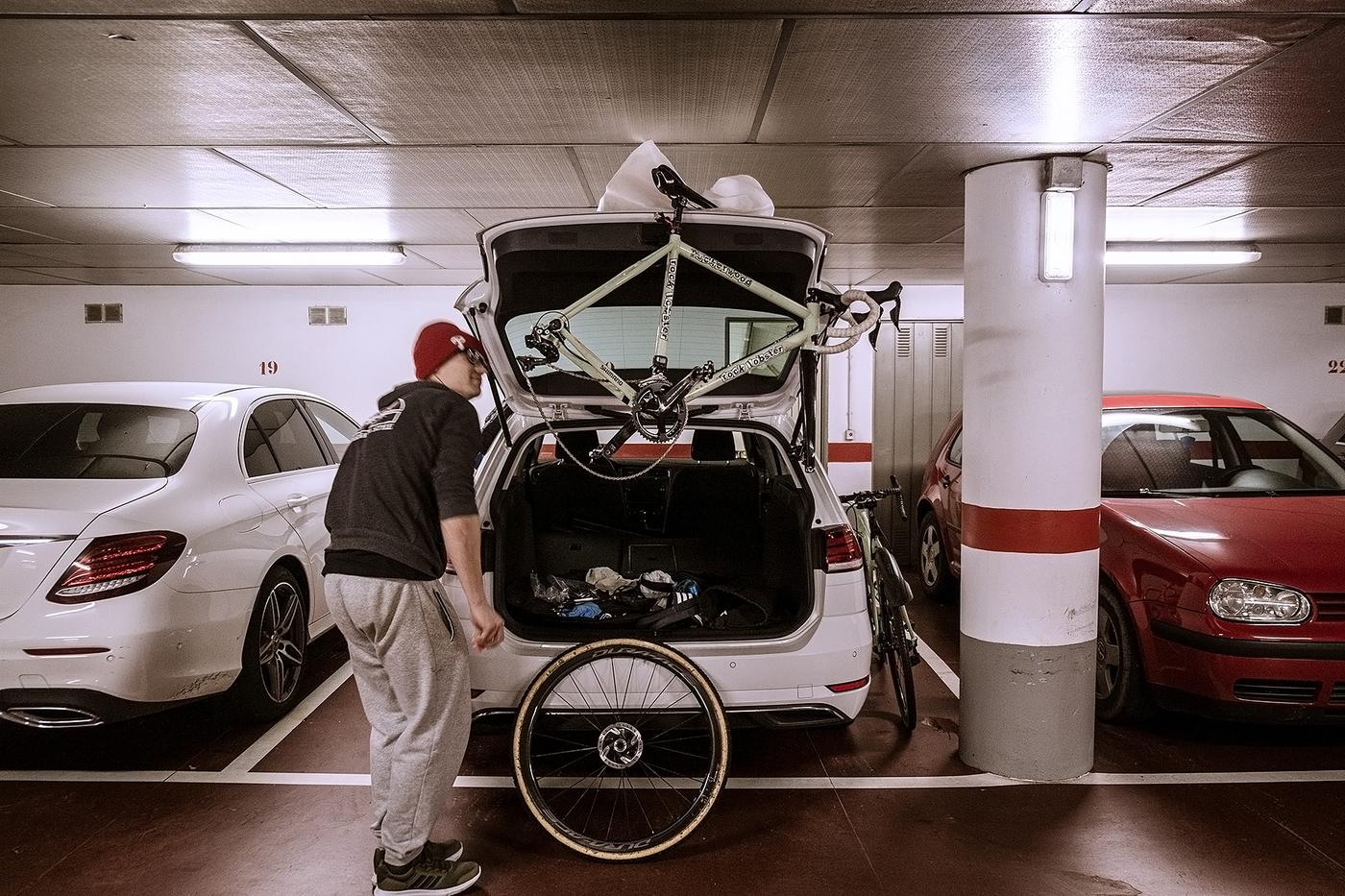 Before my first race, Koppenbergcross, Rita walked down the stairs and set the vase on the coffee table.

“Just in case you bring home some flowers,” she said with a warm smile.

Of course, she wasn’t hinting that I buy some from the store. No, at every race in Belgium, each podium finisher receives a bouquet. Bring home some flowers on a Saturday or Sunday, and, boy, did you have a good ride…

There was little danger of that at the Koppenberg, just down the road from our home in Oudenaarde. The race flew up the slimy cobbled climb, and I dropped harder than one of those stones paving the celebrated Flemish berg. Rita seemed unfazed. Two days later, as we packed the car for the Superprestige Ruddervoorde in the fields of West Flanders, she came in, and set the vase on the coffee table. 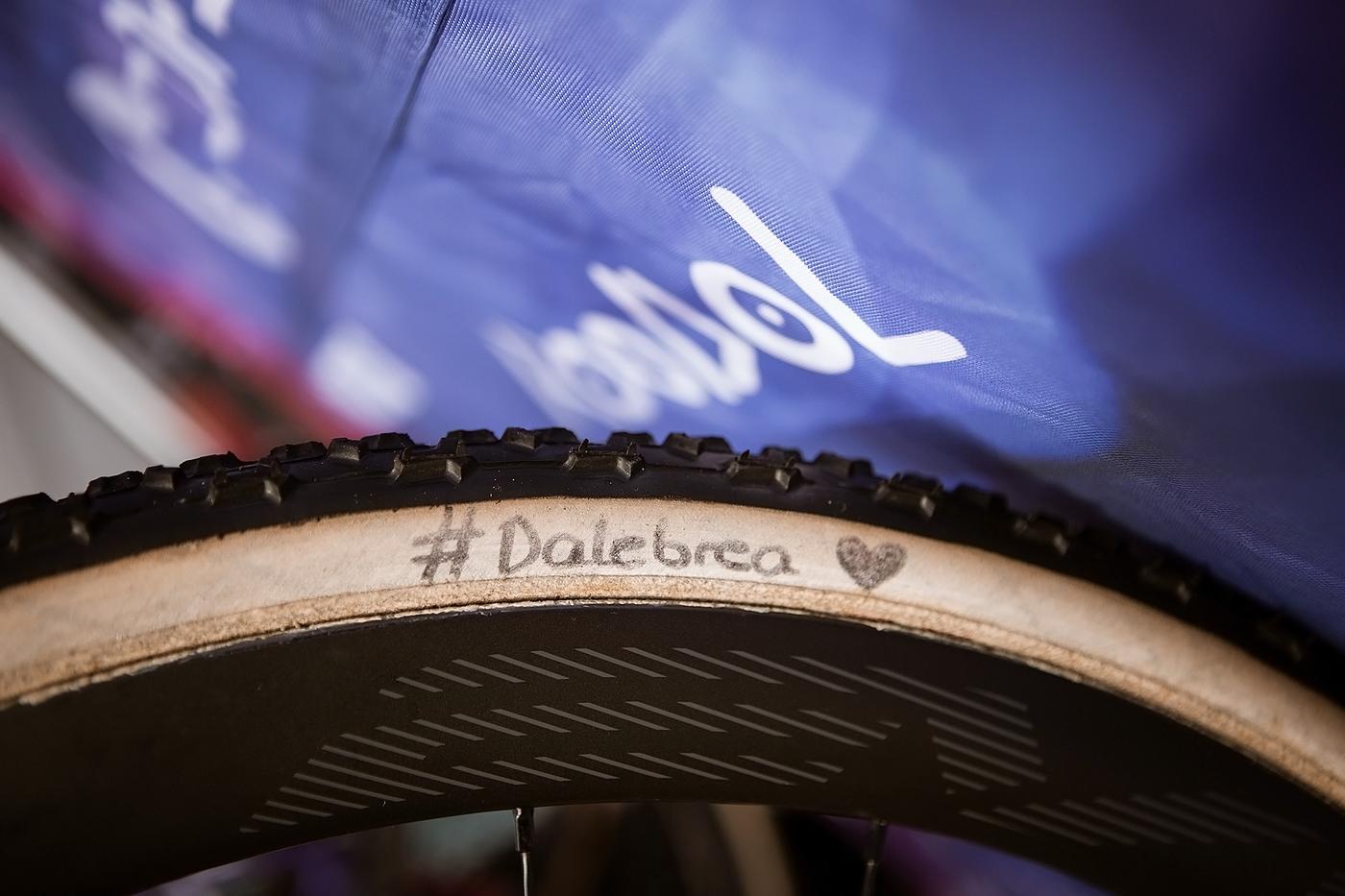 “Just in case…” she said with a smile. Once again, her optimism far outweighed my performance.

And so the pattern repeated. Race day would arrive, out would come the vase. I’d race better each week but nowhere close to a flowery performance. I started to think that she was just being sweet. Doing that thing that mothers do, telling, even believing, their most ordinary children are exceptional, even if they are not. Considering her role as Belgian mom, this seemed quite plausible.

Plus, she did many other things a mom would do. She’d make us a special meal once a week, like stoovlees, a traditional Flemish stew or a white creamy vol-au-vent sauce with fresh-cut, fried frites. She’d sit grinning, as I scarfed it down.

When I left for a Spanish race block at the end of November, without fail, out came the vase.

But they’re faster. They grew up here. They have camper vans. Their entire family is here helping them. They’re Euros. They’re better than me…

The laundry list of excuses ran through my head. All I responded was.

I crawl off the plane in Santiago de Compostela, and make my way to Pontevedra, a coastal city in Galicia, on the westernmost edge of the Iberian Peninsula. 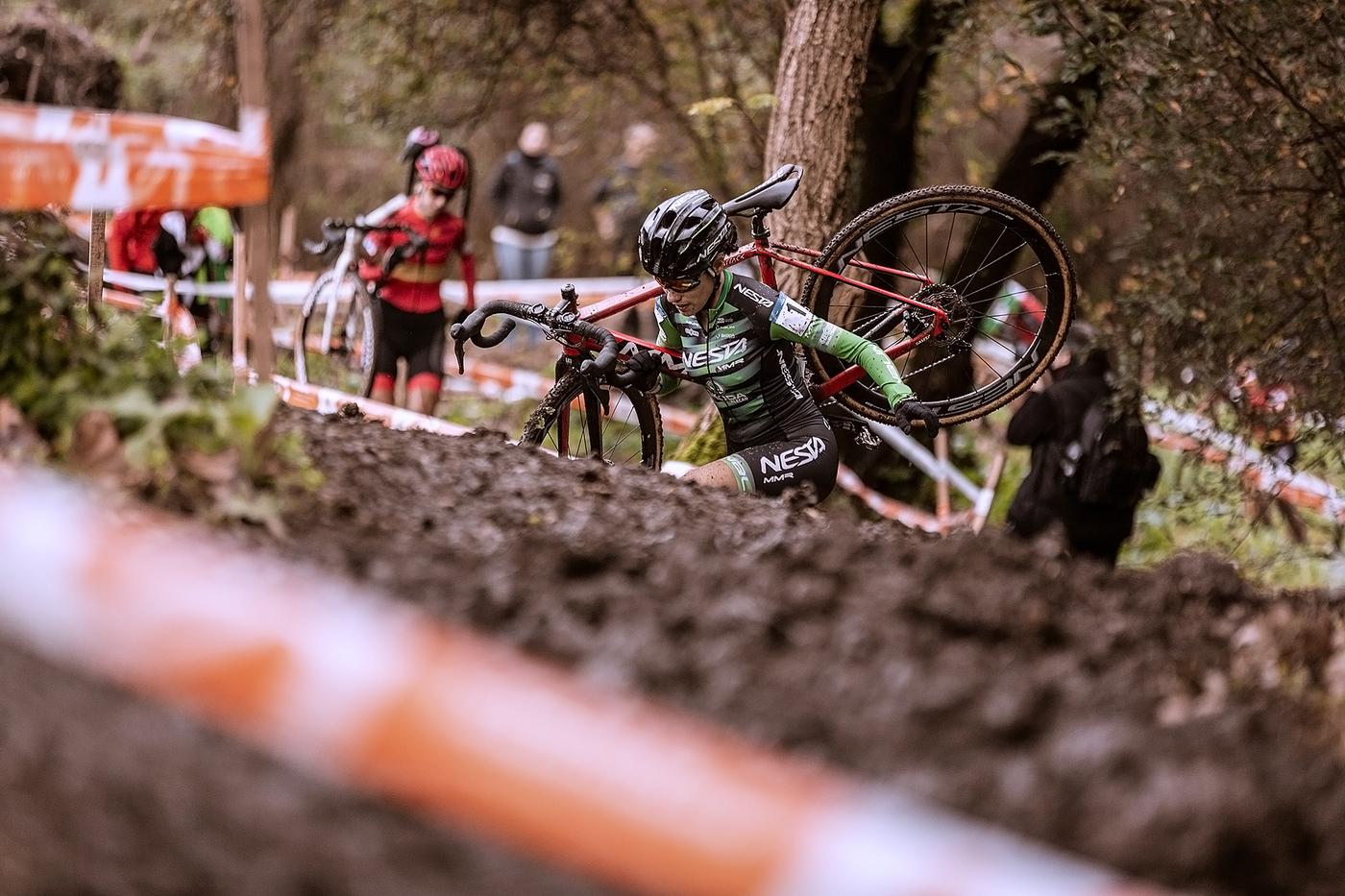 A stark contrast to the Mediterranean climes and year-round sunshine that draw frozen European tourists further south, Galicia might as well be the Belgium of Spain. It is perpetually soggy throughout the winter and if you ignore the pulperias that specialize in purple octopus smothered in olive oil, or the terracotta roofs dotting the rolling pastoral hills, you might think you’d stumbled into the Ardennes, or Yorkshire Dales or Vermont’s Green Mountains for that matter.

On the first of December, Pontevedra would host the penultimate stop of the Copa España, the national cyclocross series of Spain. I had come looking for something. A result. Some international ranking points. Jamon bocadillos, the country’s celebrated cured meat sandwiches. Whatever. I’d spent the last month getting roughed up in Belgium. I just needed something else. So there I find myself on the Spanish start line. 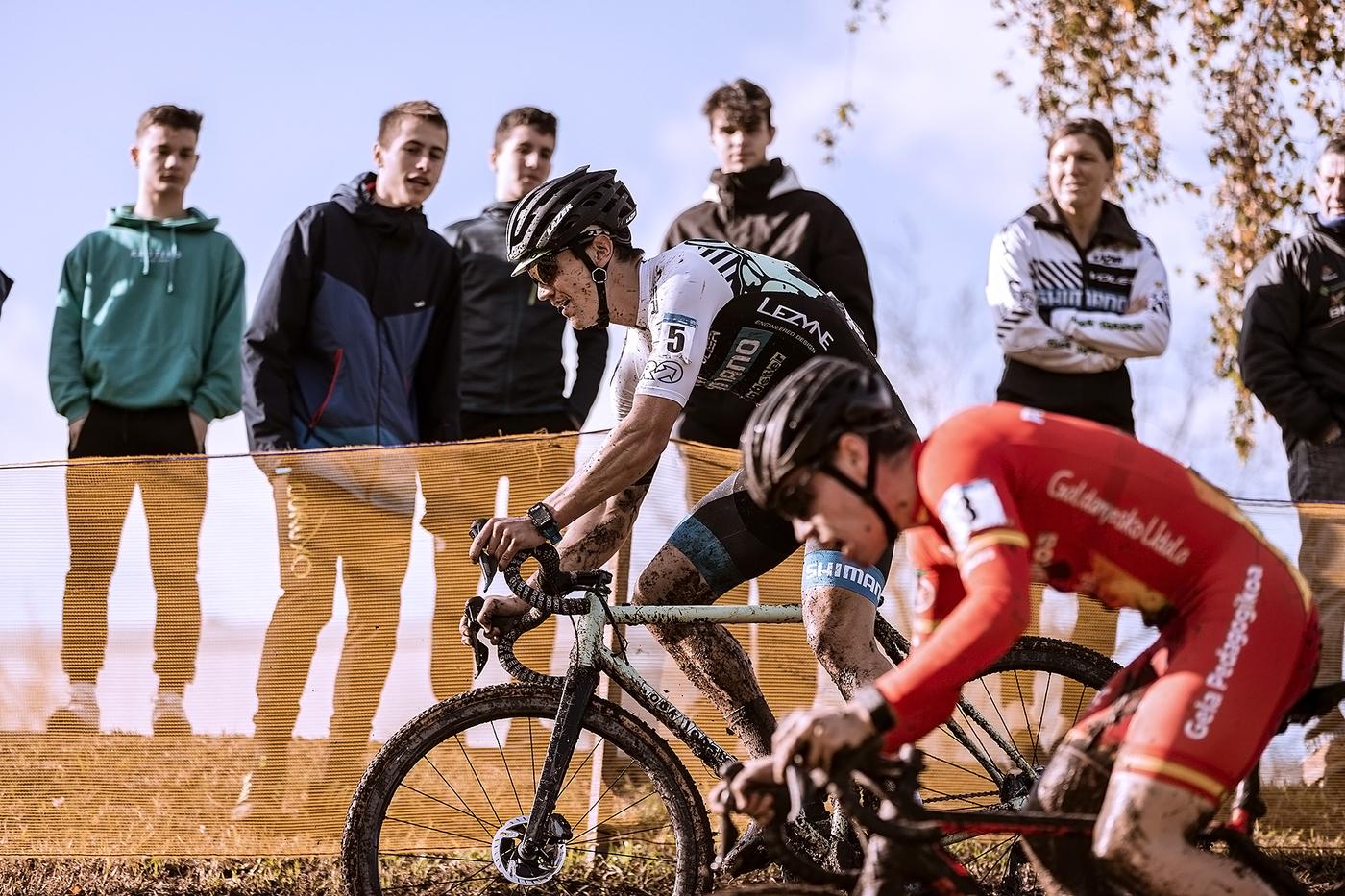 The start goes smooth, smoother than one ever has. My foot clicks into the pedal, and I pound down the start straight. The crunch of carbon and corpus clatter on the pavement behind me. Another salida yard sale. For once, I’m in front of it. We swoop off the pavement and into the soggy field. I slot into third as we funnel into the steep cambers streaked with deep ruts, perfect cross lines lurking under the Eucalyptus trees.

It’s smooth sailing but still, three riders pull away including Ismael Esteban, the two-time elite cyclocross champion of Spain. I’m back in no man’s land with one other rider, Xabier Murias, a young Basque who’s currently leading the U23 category in the Copa España. We push each other lap after lap, trading positions on the fast flats and slogging through the muddy runs.

A pale blue jersey suddenly appears in front of us. It’s third place, the young Cantabrian Gonzalo Inguanzo. He’s popped. Third place, holy shit! We make contact and I stomp on the pedals accelerating away, ensuring that Gonzalo’s slowly breaking spirit has no chance of repair. He’s 18 years old and starts fast. Real fast. In a couple of years, he’ll just stay fast the whole time. I need to beat him every chance I get. Soon, he’ll leave my 31-year-old ass far behind. We fly through another steep run-up and sloppy descent. I look back. Gonzalo is gone. Now we are just two, not a single pro podium between us. 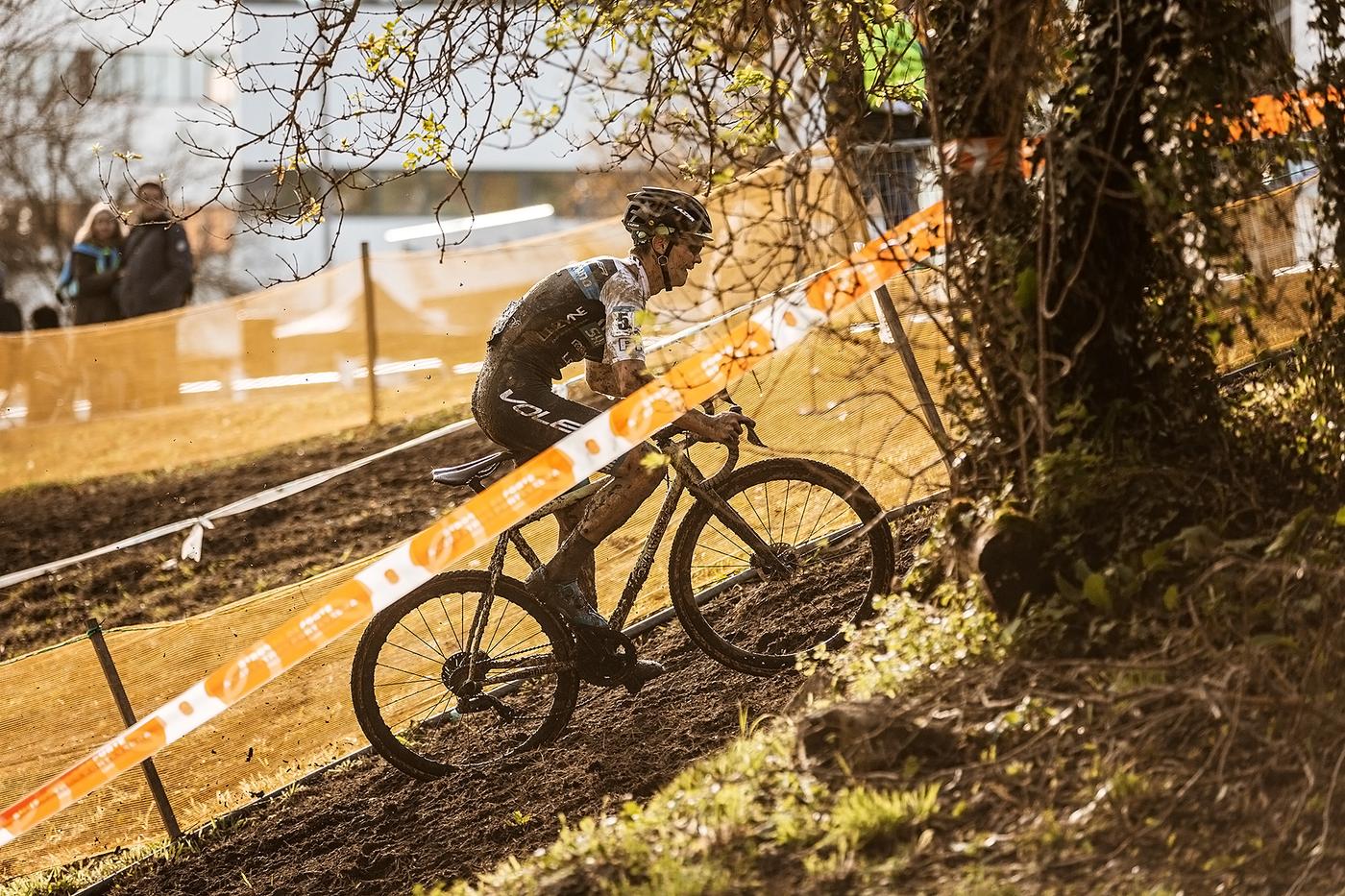 Xabier latches behind me like a stubborn pulpo tentacle. I can’t seem to shake him. That is until I nail an off-camber remount that I’d secretly practiced during the recon. It’s a sneaky move, and I glance back. A gap had opened. No more than five seconds to Xabier. Not much, but this is it. The chance. Might be all I’m gonna get. No more tactics. No more games. For three more laps and nearly 24 minutes, it’s into the tunnel at the end of the light.

The young Basque is no quitter. He wants this as much as I do. He makes me pay. Dearly. I want it to end. I want it to stop. It won’t. I can’t. By the last lap, my legs cramp with each remount. It’s a precarious dance to avoid a catastrophic muscular meltdown. The final time over the barriers, they start to lock. I scream and will them to turn just a little bit more, pushing hard onto the finishing straight, sprinting as hard as I can. With 150 meters to go, I look back. No Xabier on the pavement. He’s finally cracked. And so do I.

I roll across the line. I collapse on the ground, chest heaving, tears flowing as the agony of the last hour comingles with the ecstasy of what has just happened. It’s been seven years, over 50 European Races, a life-altering chronic illness, more humbling beat downs than I care to count, and finally, finally, I’d finished on the podium of a professional bike race. It’s a five full minutes before I collect myself and hobble back to the car. I wipe the slop off as best I can, but my legs stay filthy. I give up and pull warm-up tights over the muck. Over that goes a semi-clean chamois and the least dirty jacket in the bag. I never pack podium clothes. Why would today have been any different?

We walk onto the stage and step up on the blocks. I’ve seen many a photo of folks wearing a podium scowl, on the second or third step, but in this moment I can’t imagine any other emotion but pure jubilation.

The race director hands me my trophy. It’s an etched wooden block with a giant three. I gaze in disbelief at the chunk of trophy in my hands. For a brief moment I panic. My gut sinks as I think,

But this isn’t going to fit in the vase!

I come to my senses. Rita probably won’t mind that minor detail one bit…