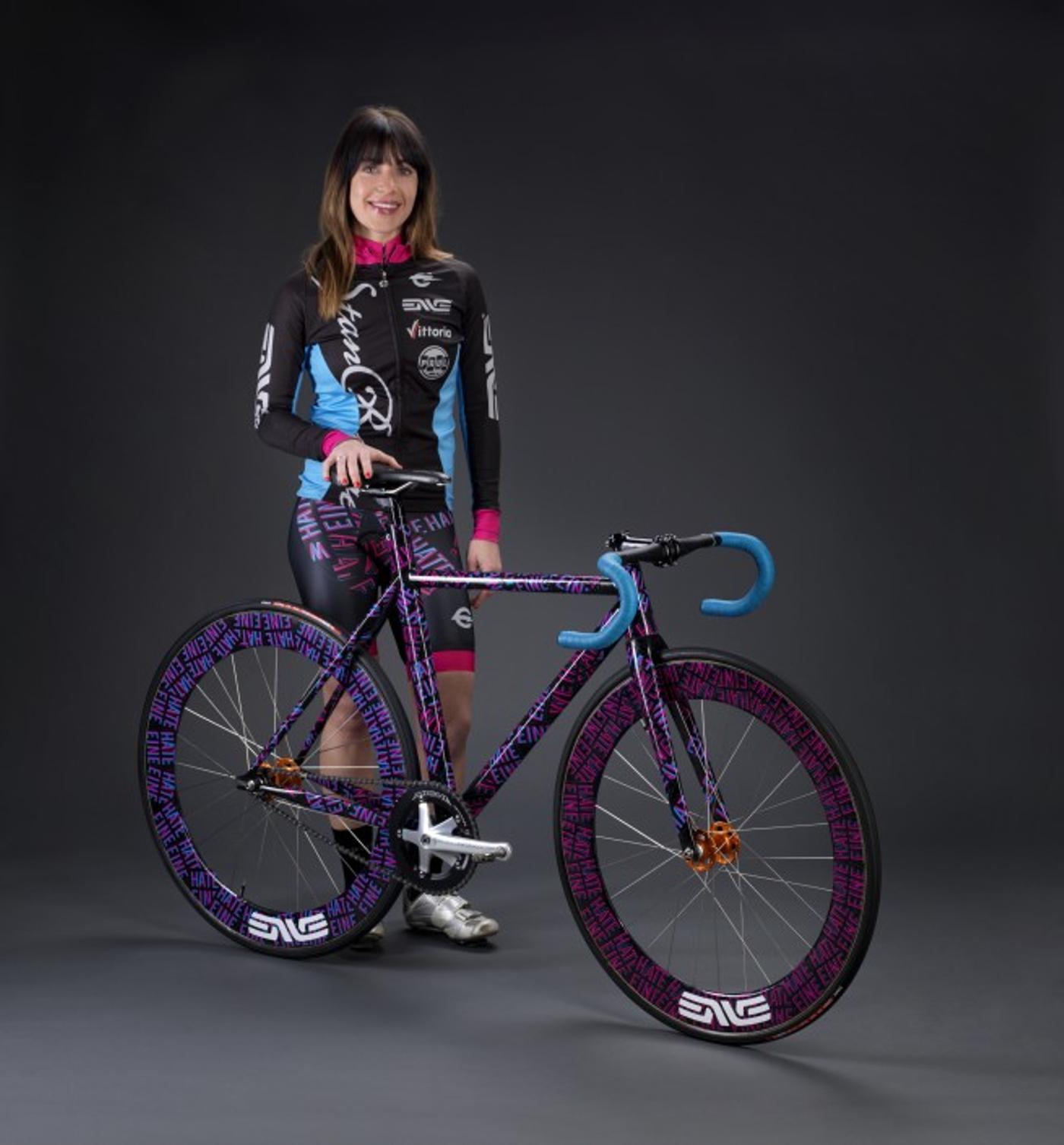 This came out so rad!

“Ohio based Stanridge Cycles is excited to announce the arrival of Katie Arnold to the team as it heads into it’s 3rd season competing in the Red Hook Crit Series. Arnold will join previous Red Hook winner and Cat 1/Pro, Evan Murphy at the start line in NYC this weekend.

This years Red Hook Crit program began in October of last year while in Shoreditch, London visiting Deathspray Custom. Ben Eine’s work on Mother London caught the eye of Stanridge Cycles Owner Adam Eldridge. After returning to the states Ben was contacted and it was on. Ben hand painted both frames for the event.

This year Enve Composites  Paul Components and Vittoria Tires have joined as new team sponsors while Endo Custom remains as the jersey maker. Riders will use a variation of the iconic Stanridge HSP MkII (pictured) during the series to showcase a team that competes at the highest level of fixed crit racing.

“I enjoy creating bikes for this series. Having these frames used under race conditions means much more to me than hanging them on display at a bike show. They’ll get beat up, scratched and used which is perfectly fine with me”.  – Adam Eldridge, Owner of Stanridge Cycles.”