Stuffing bikes and humans into the van at the Gare du Pontchateau Train Station.

But at that moment it was lunchtime, which meant throughout rural France the creperies, patateries and boulangeries put down the fry pans, frit baskets and rolling pins, heading home to feed themselves, not traveling bike racers. Thus hungry and overloaded, Max lugged his caravan up the hill to the only game in town, Le Dart Bar. Inside, no one tossed those piercing projectiles at the wall. Nobody sought fortune from the FDJ lottery machine in the corner. Not a soul bought any packs of tabac stacked behind the counter. Only a bartender and an elderly monsieur occupied the establishment. “On ne fait pas le a manger ici.” the younger man told Max in French. The bar was not serving food. After all, it was lunch hour in France…

“Vous êtes d’ou?” They inquire where he’s from.

But they want to know where he’s really from. His French was good, but his accent was nothing they’d heard before.

Max explained he’d spent a year living in Paris. Work as a bike messenger and a musician had given Max the chops to almost blend in.

Glancing at his bikes, they ask, “Vous êtes ici à Pontchâteau pour la course?” They wonder if he’s in town for the event. 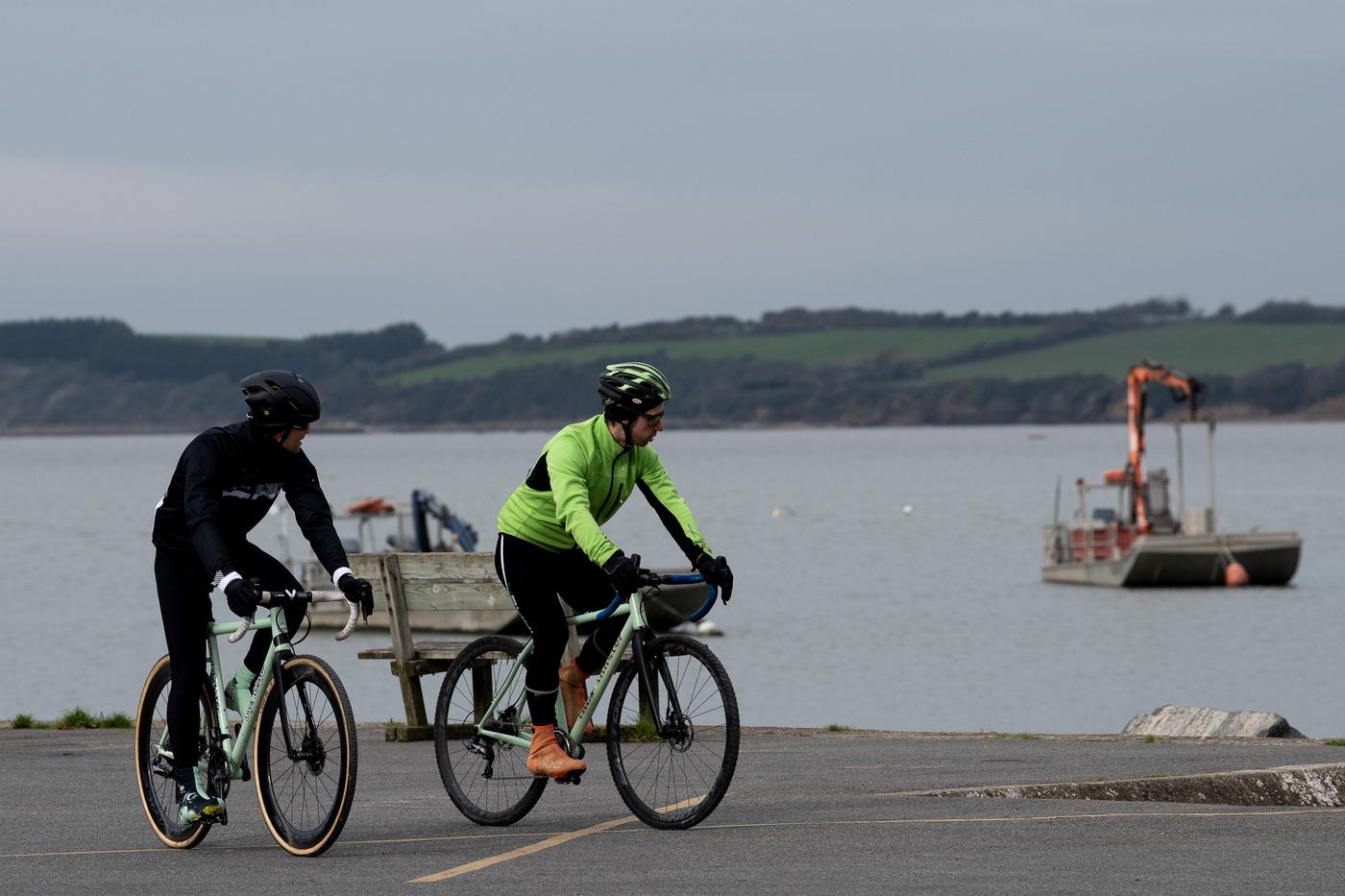 Although tourists flock to the Brittany coastline as a favored vacation destination, Pontchâteau sits about 20 kilometers inland. Further west, new developments of stucco’d vacation homes mix with the thatched-roof stone homes of old France. The beaches draw most travelers a touch beyond Pontchâteau. For this crew at the bar, and the people of the town, the annual race is one of the biggest events of the year. The prestige of the race changes from year to year from Coup du France UCI races to Cyclocross World Championships (2004), European Championships (2016), and this year as a World Cup. Regardless of inscription, the town reveres their annual stop on the international cycling calendar.

The door opened and a tattooed Frenchman wanders through. He’s the owner of the shuttered pizzeria across the street. He was in for his lunch break. The bartender explained Max’s hungry dilemma, and the pizza man turned to Max,

Would Max trade a whiskey soda for a smoked salmon salad? It was 2 o’clock in the French afternoon, and it was an offer the Californian couldn’t refuse.

They inquire if he is on a team.

“Je n’ai pas d’équipe.”  No “professional” team for Max, but he explained that his crew was currently en route from from Paris to pick him up. 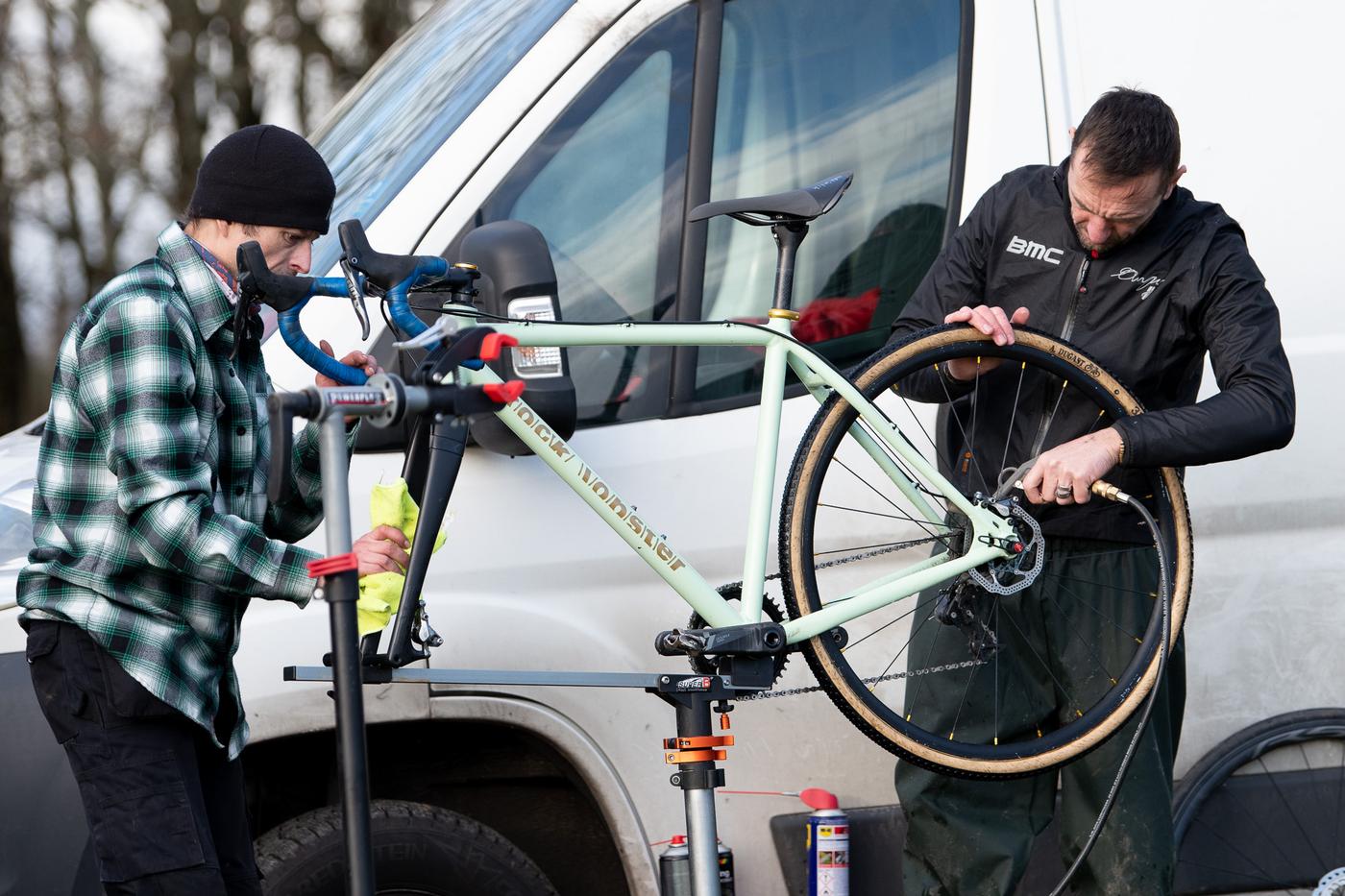 This crew, Ethan Glading and I, were still two hours away, blasting along the motorway as fast as the speed control cameras would allow. I was in Europe to kick start a cyclocross season that had been derailed by illness and injury. Pontchâteau would be my first race back in Europe and first World Cup in over a year. At 30 years old, I had to take every chance I could get to chase the dream. Ethan, a professional photographer, had lived in Chicago for the past decade but was moving to Paris less than a week after this trip.

“So let me get this straight,” I asked, “You’re flying home on Monday, packing up everything in Chicago, then coming back to France on Friday?”

“Sure am!” he responded half grinning, half groaning. “I used to do stuff like this all the time growing up skateboarding.”

Twenty-five years after his skate punk era, Ethan’s enthusiasm for big, dumb trips had not waned. Unwilling to let a job slip through his fingers, his French photo excursion would last all of five days. He’d arrive home in Chicago the following Tuesday, pack up the remaining bits of his life there, then jump back on the red eye to Paris three days later. I might not have understood, but who was I to argue with that sort of enthusiasm for bike race photography? Besides, when has rationality ever been the driving force behind a road trip? 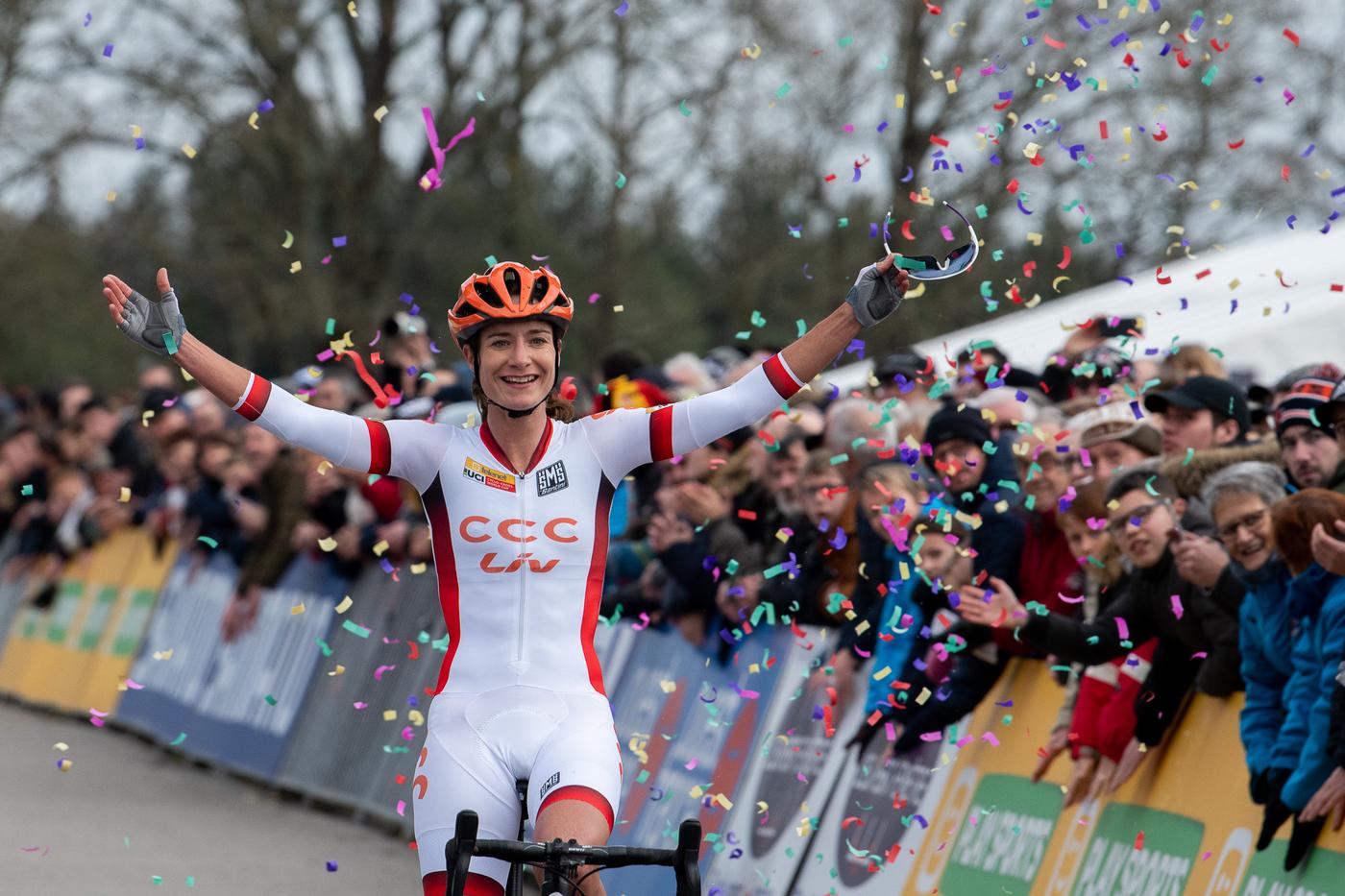 As Max chewed his smoked salmon, we passed the town of Le Mans, home of the famed 24-hour car race. Relative to those Porsches that rip the circuit for a day straight, we putted through the rural French countryside, rolling over one green hill after another. Le Mans does not send out speeding tickets in the mail. The French autoroute authorities–now that’s a different story all together.

We’d heard the gillets journes had been knocking out radar cameras across France. Emanual Macron’s recent price hike on diesel had angered these yellow-vested protesters. The French president saw this policy as the green path of the future, and the working class saw it as a costly, elitist affront to their blue-collar existences. So it goes. Ethan reassured me the protesters had destroyed roughly 60 percent of those sneaky sensors. Still, I couldn’t put all my faith that the gillets had cleared our path all the way to Brittany. 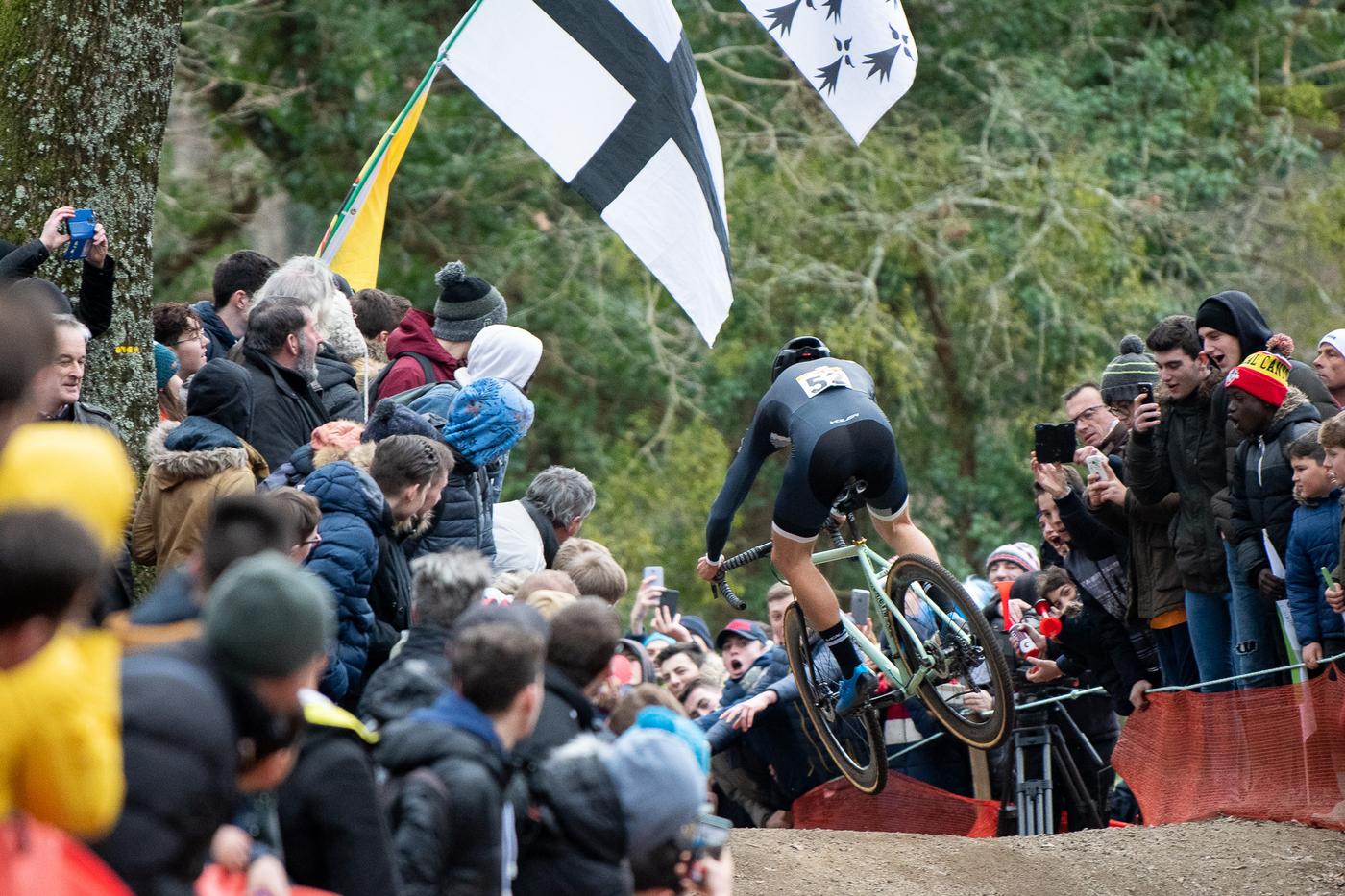 When we finally arrived at the Pontchâteau train station, having stuffed four bike bags, a weeks worth of gear and three humans into the rental car, Max perched high on the center console, recounting his triumph over French lunchtime and hoping that was a good omen for the race to come.

Two days later, Max crossed the finish line aboard his single speed, having ridden the final lap sans gears. Rumor has it the only other rider to ever finish a World Cup aboard a single speed was Belgian Ben Berden. Based on the repeated cheers of ALLEZ MAX! that followed him around the course, the furry Californian had managed to charm far more Bretons than the crew at Le Dart Bar.