Confidence with the Wraith Fabrication Paycheck

This is a continuation of a series of reviews, beginning with the Initial Reaction to the Wraith Fabrication Paycheck…

Now, I’ll be the first to tell you that I’m not the best off-road rider, but the Wraith Fabrication Paycheck had me feeling steezy. John says “Confidence is everything” when it comes to riding off-road, and I can now attest to that. Riding a bike you’re comfortable on, brings confidence. That makes it easy to go fast and take chances.

First off, the look of this bike is incredible. The graphics on the Paycheck are perfect. Grey and black, simple and clean. The branding on the bike is minimal and tasteful, and the logos look like something you would see at your local tattoo parlor. My favorite aesthetic detail however is the saw-tooth paint scheme on the fork. 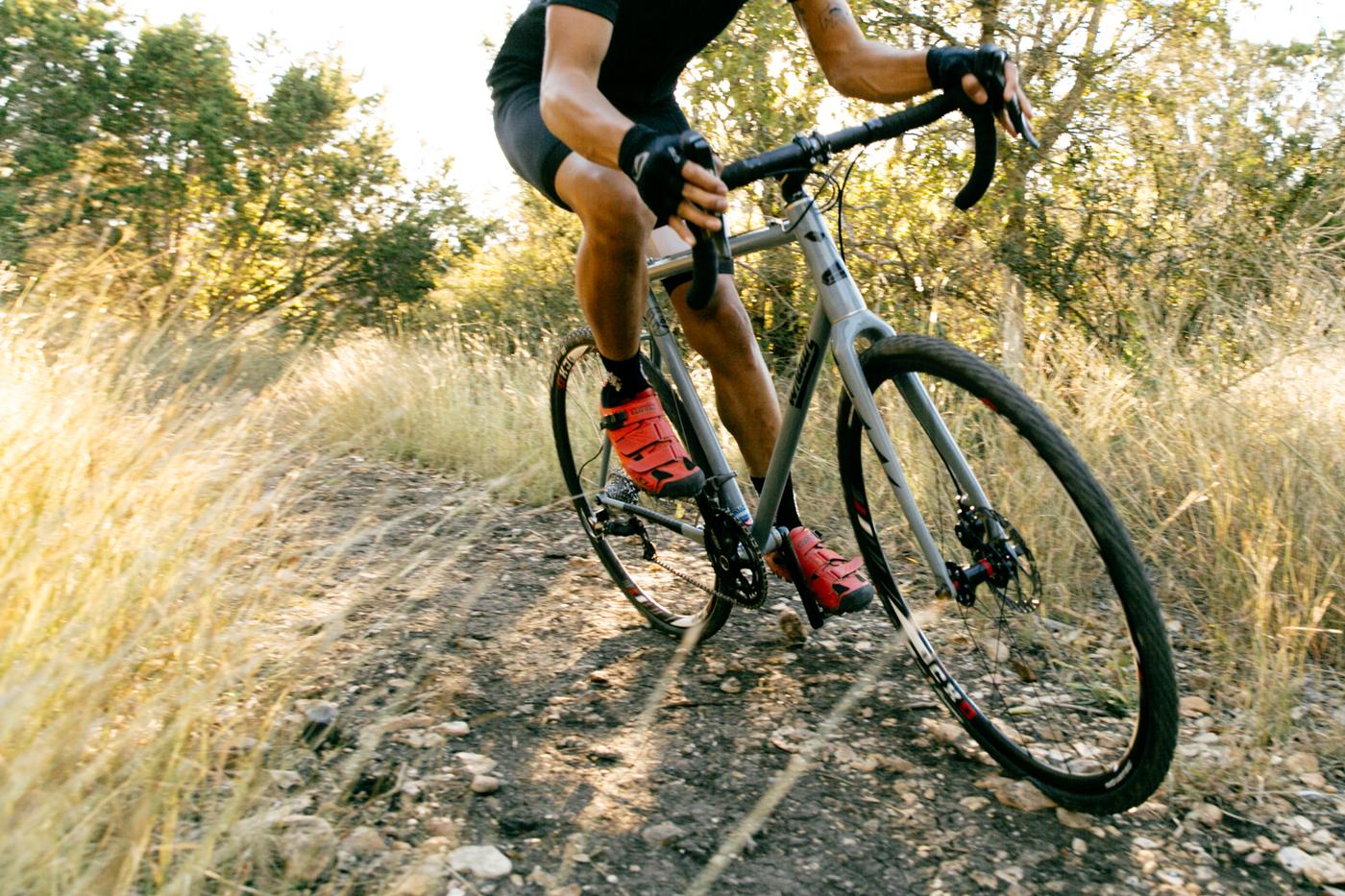 There’s not a whole lot to say about it other than it looks rad and handles much better than any other cross bike I’ve ridden. Coming from my Co-Motion with a BB drop of 68mm, the Paycheck’s slightly lower BB (70mm) was the first thing I noticed while riding some of our favorite local trails. I felt extra confident turning the bike and found myself braking less than I would have if I was on my Co-Motion. 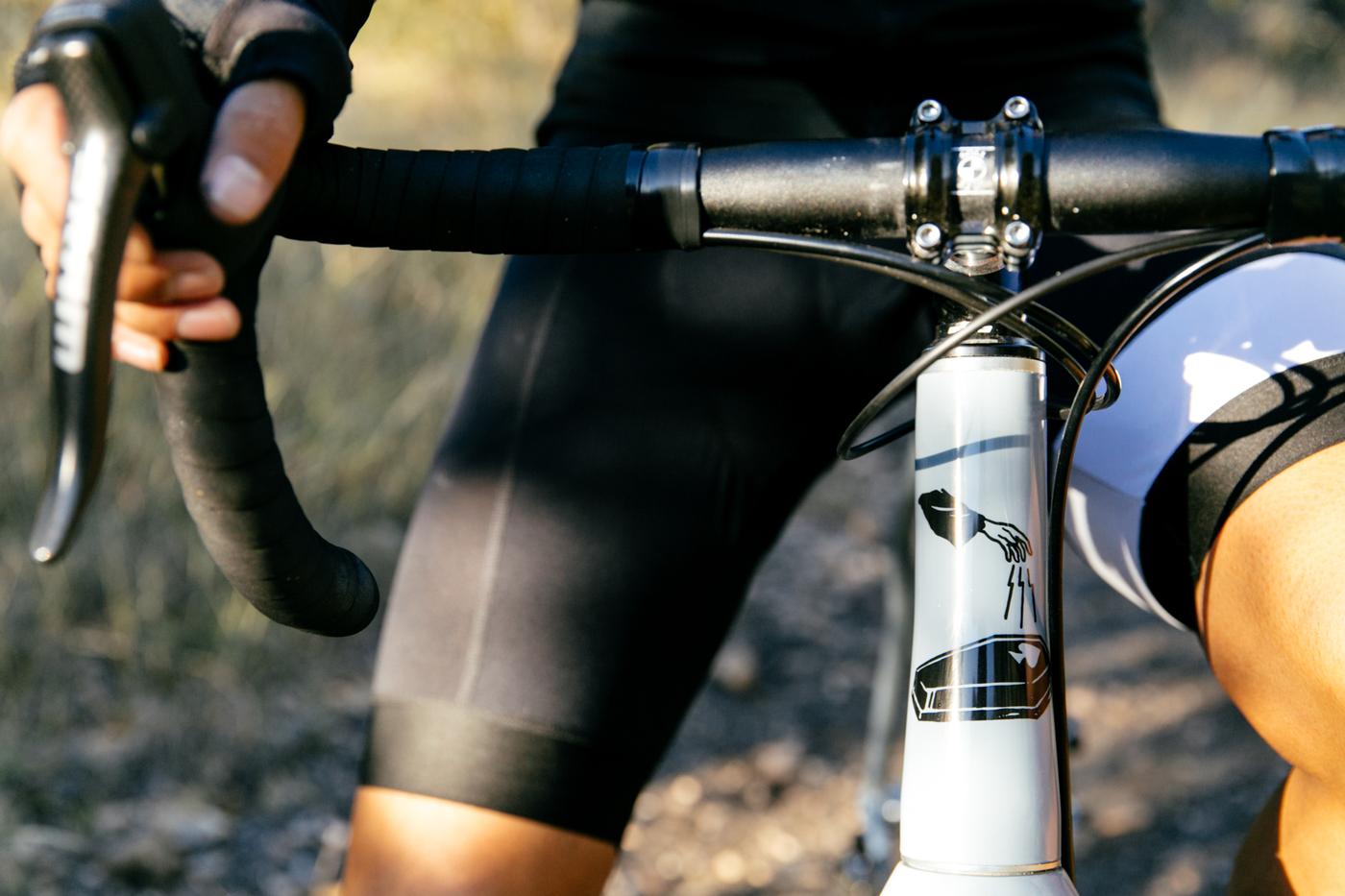 Not only was I surprised by the shredability of the Paycheck, but it was also surprisingly stiff for being a steel bike. The 44mm headtube in conjunction with the oversized Columbus tubing and carbon fork made for a “stiff in the right places” ride. 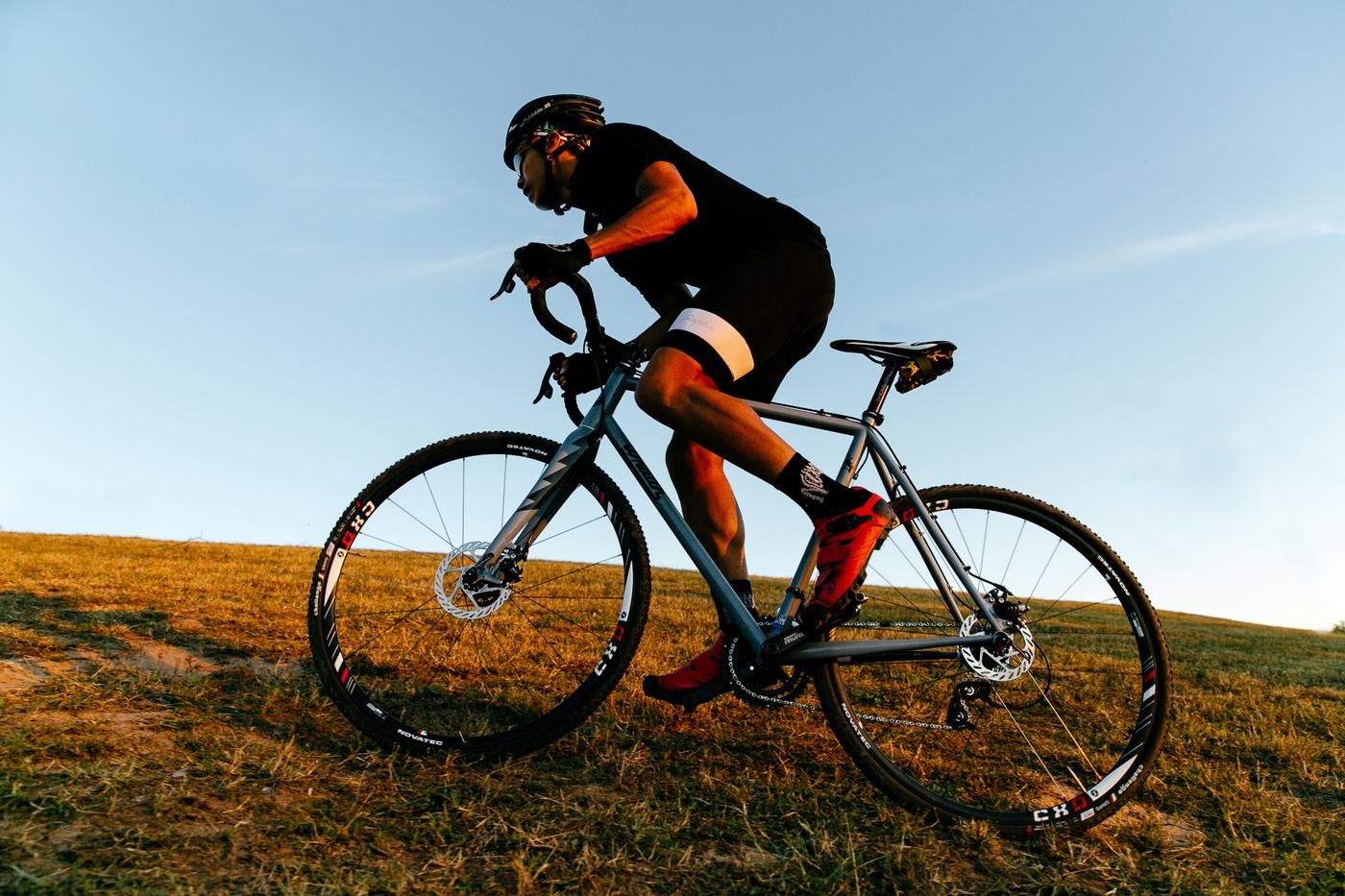 From climbing to sprinting out of turns, I felt like I was getting every ounce I put into the Paycheck. The bike can also be built with weight in mind. Even with a modest selection of parts and zero carbon fiber minus the fork and shifters, the bike weighed in at 20.25 lbs. I’m confident that this combination of weight, geometry, materials, and killer looks not only make the Paycheck a capable weekday trail bike, but also a proficient race rig. With the Paycheck, Adam not only created an American made, shredding machine, but managed to do so at an attainable price with high-quality materials. Needless to say, I had blast shredding the gnar on it and can’t wait to hop on again.

See more details such as specs and pricing at Wraith Fabrication.