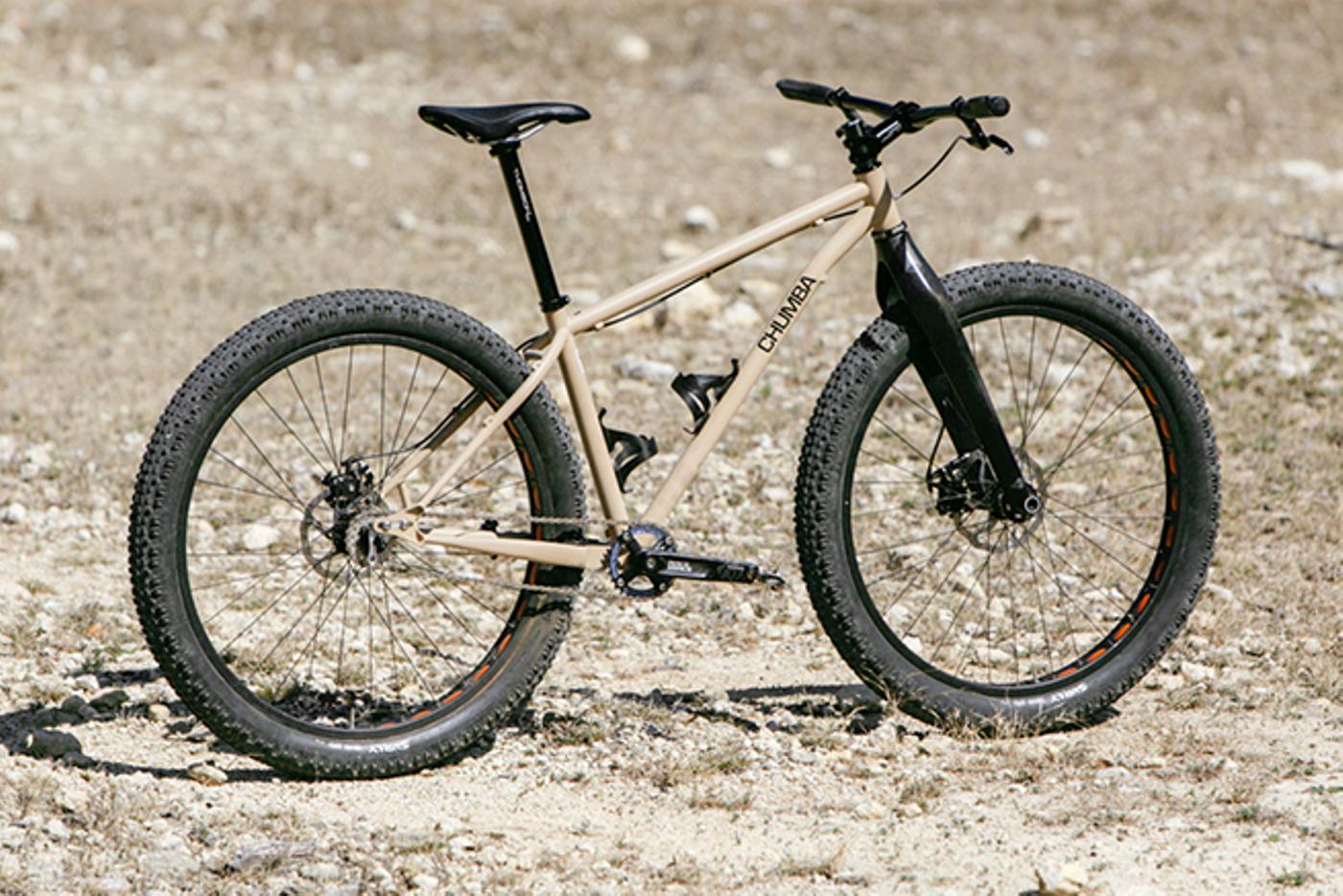 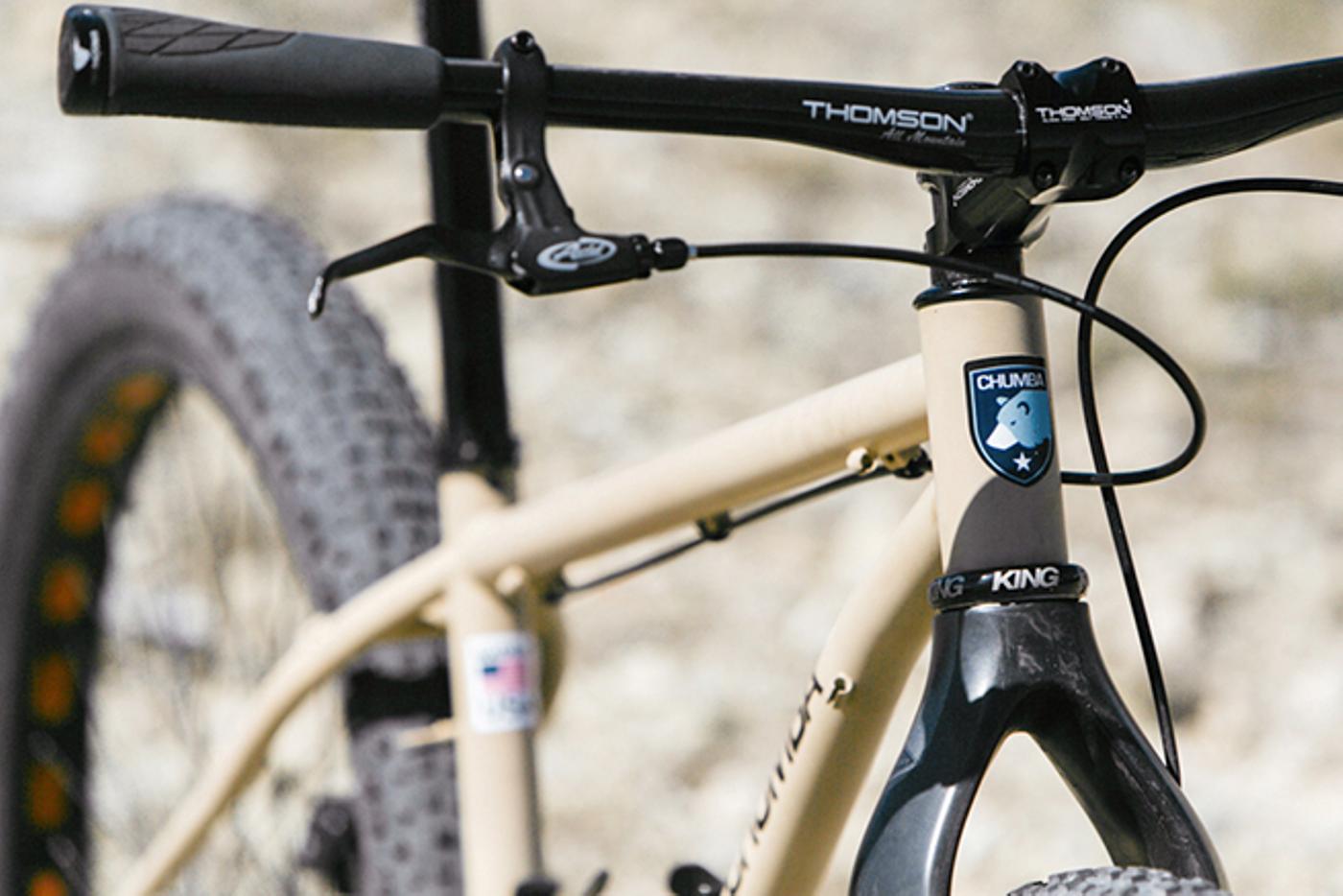 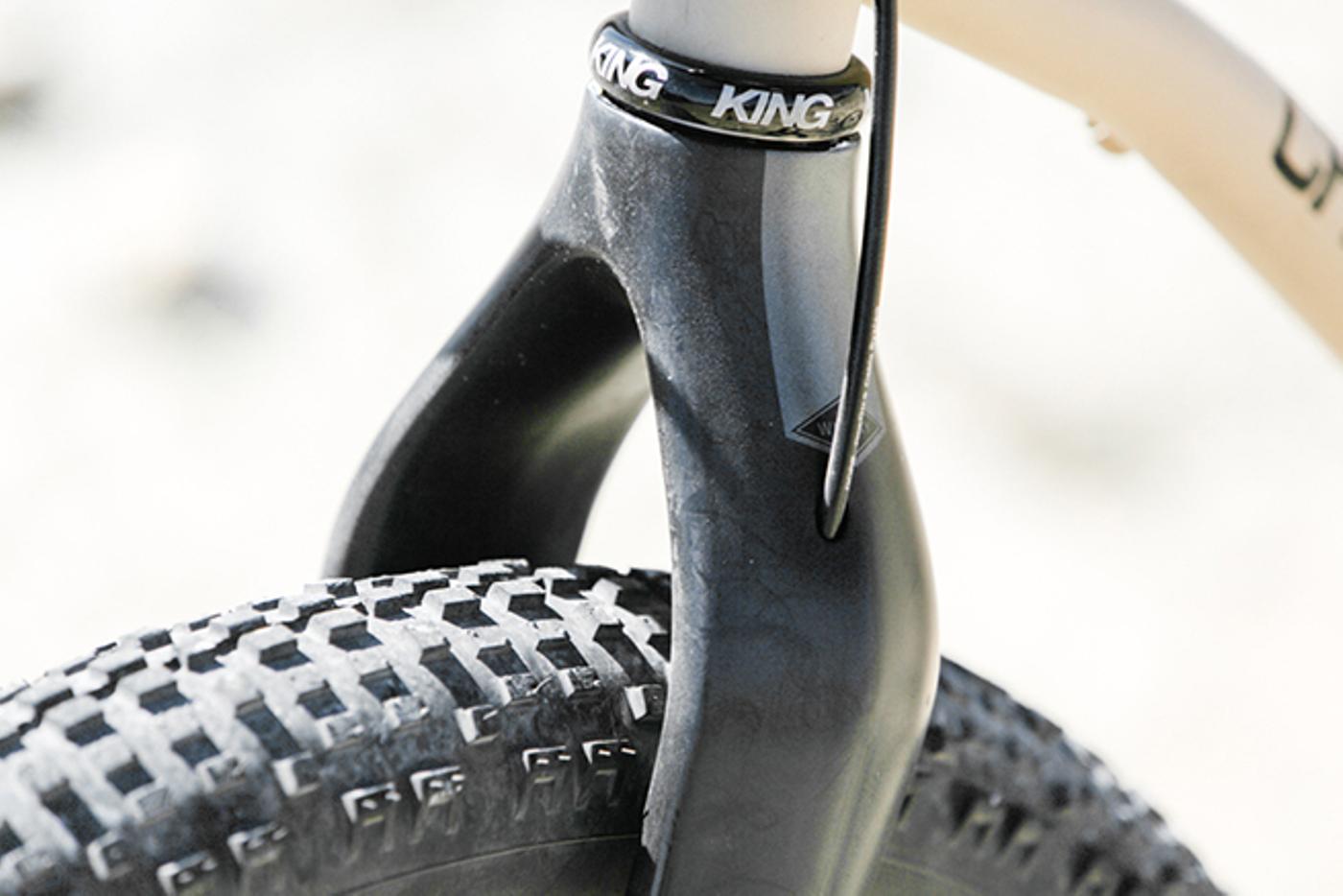 The name Chumba has been around for some time in the mountain bike world. Back in the early 90’s, Chumba first began making frames in California. The company has since gotten a bit of a facelift and a new home base just outside of Austin, TX. With its California and Colorado heritage, the team at Chumba has started designing frames in Austin and fabricating them in Oregon.

At the 2014 Mellow Johnny’s Classic yesterday, I got to check out one of Chumba’s first prototype MTBs, in the 29+ platform. Along with Orange Seal, Chumba will be offering their bikes tubeless-ready, which means lighter wheels and overall build weight. Utilizing True Temper, Whisky Parts and Paragon hardware (not pictured), these bikes come in pounds lighter than other 29+ offerings on the market.

The final production run will use Ceracote, rather than powder, have new graphics, a stainless head badge and an oversized OX Plat downtube. Completes will be built with Race Face cranks and Thomson parts. MSRP on the frame will be around $1,200 – but that’s not finalized yet.

Being that Chumba is located outside Austin, I’ll be following up on their projects as events warrant. For now, their team is racing and riding these bikes on our local trails and putting in PR&D as needed.