I’ve learned a lot in the past two years and so has Ben at Argonaut Cycles. He looks at his made in the USA, fully custom carbon road bikes as a project that’s ever-evolving. With each frame, he learns more not only about his customers, but his own process. My Argonaut was perfection in my eyes and while I loved it, some things about it made it less than ideal for my lifestyle and by that I mean, I travel. A lot. At the time, Ben didn’t offer a traditional seat post, only an ISP…

An integrated seat post looks awesome and it drastically effects the way a frame handles but most importantly, to me anyway, is how a frame travels. There aren’t a lot of easy ways to ship a bike with a massive seat mast…

I noticed something in the time I owned my Argonaut. I was never home to ride it! And I couldn’t get a case large enough to fit it. So after some liquid courage, I emailed Argonaut and asked if there was any way to convert the ISP to a traditional seat post, even though I knew what Ben’s answer would be.

You see, with an Argonaut, if you change one thing, it ripples through the layup, not to mention the shape of the top tube and seat tube would have to change considerably. Luckily, Ben was already working on some other new things with these frames and it happened to coincide with my email, so we worked out a fair price for an “upgrade” – in exchange, I’d get to ride a current model, offer Ben continued PR&D and give the bike some worldwide exposure. 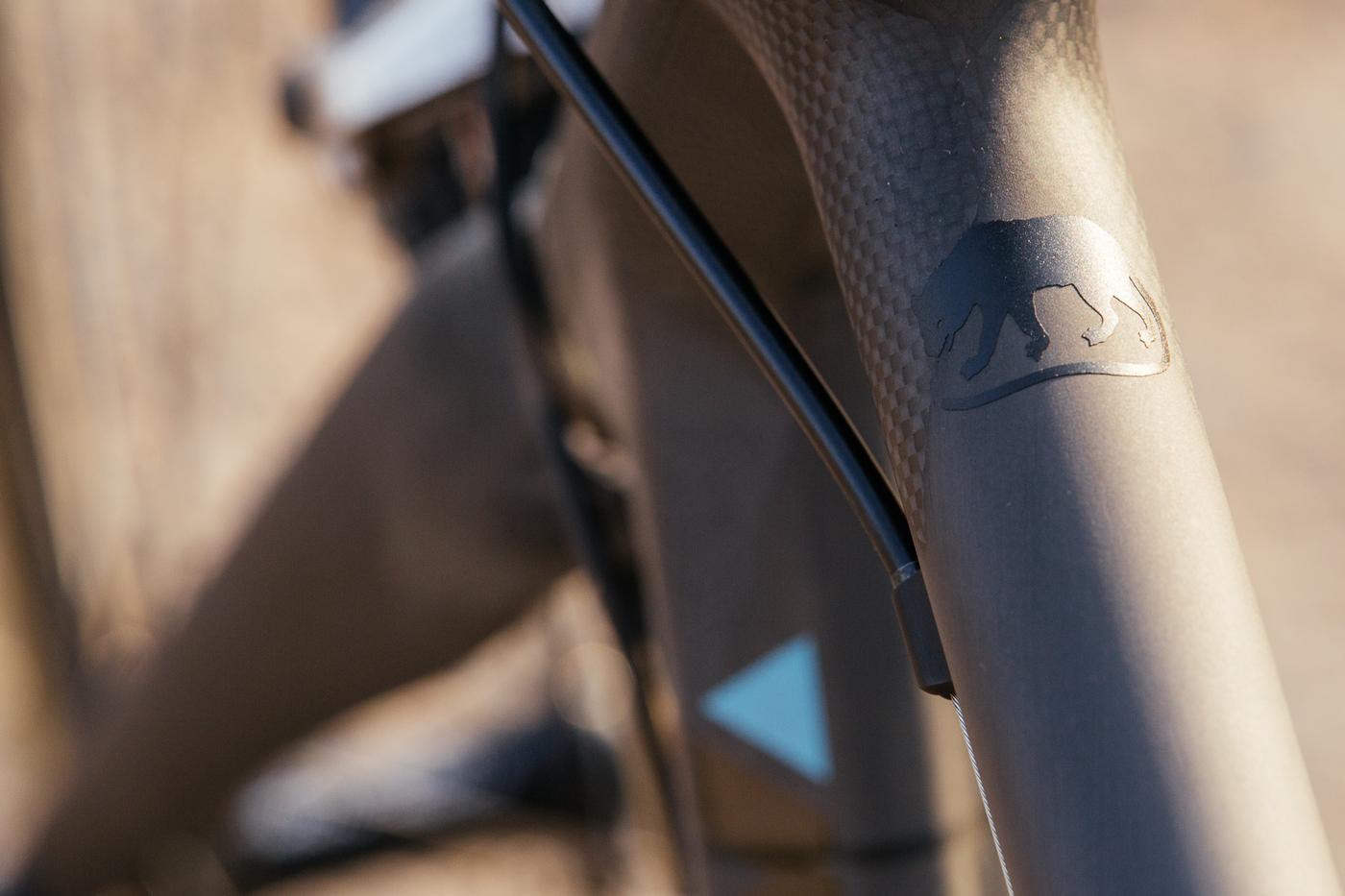 Granted, this bike would be much more than a carbon copy of my last. With a new layup and traditional seat post, the seat tube cluster and top tube would be considerably stiffer, while the rest of the bike’s handling would remain mostly the same.

I dropped a great deal of weight since the first iteration. Now I’m around 180lbs, down from 220lbs. My flexibility has increased, as well as my fitness. My ideal ride is still very similar, I can just climb a lot faster now and spend more time in the saddle, whereas before, I climbed almost exclusively out of the saddle. In short: a lot has changed! 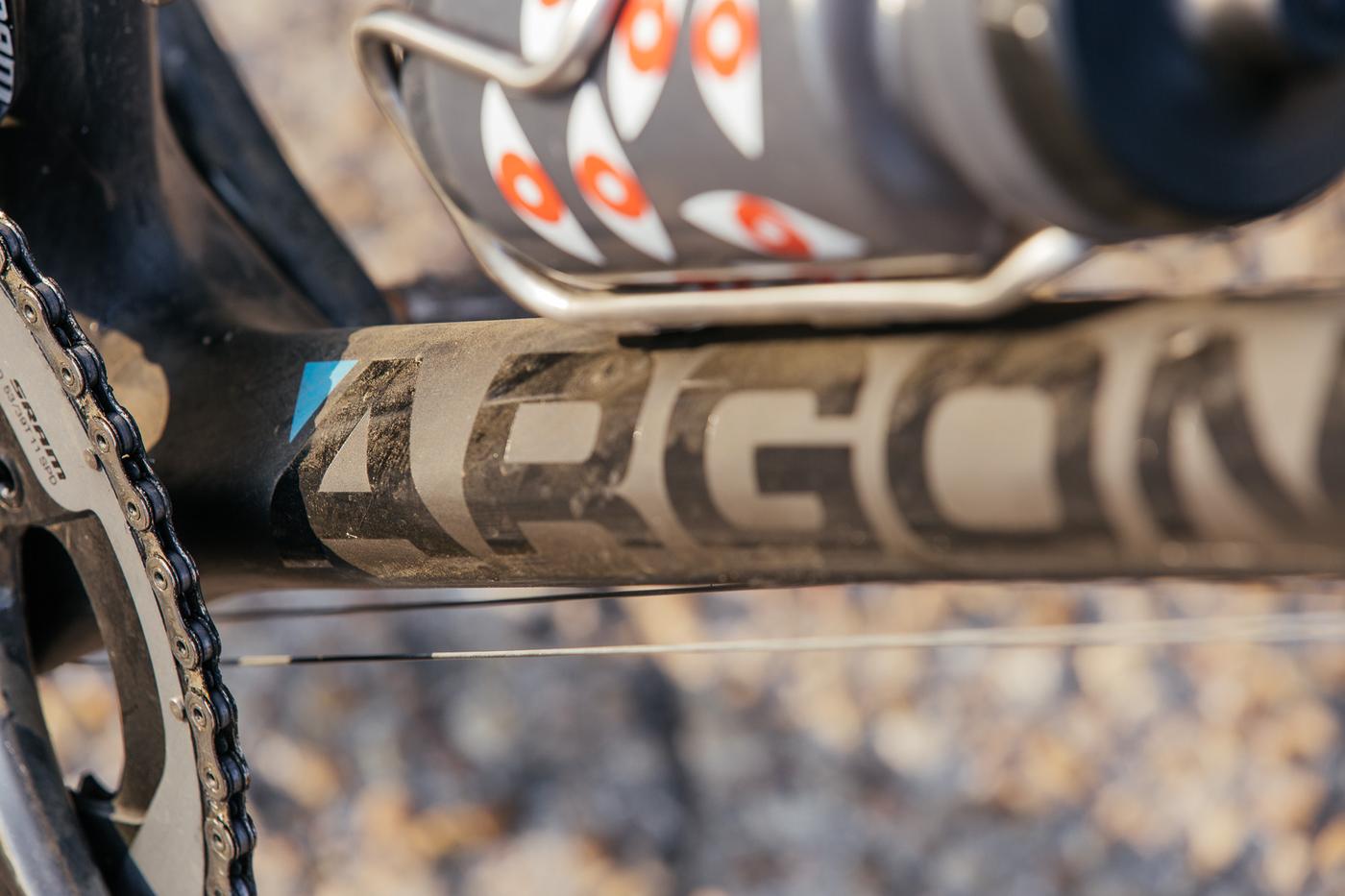 Aesthetics play a big role in most people’s lives and this round, I opted for a more subtle paint job. Matt clear with one gloss logo on the downtube and turquoise accents. Ben’s painter (Eric at Colorworks) then murdered out my ENVE bars and topped my ENVE seat post with turquoise. 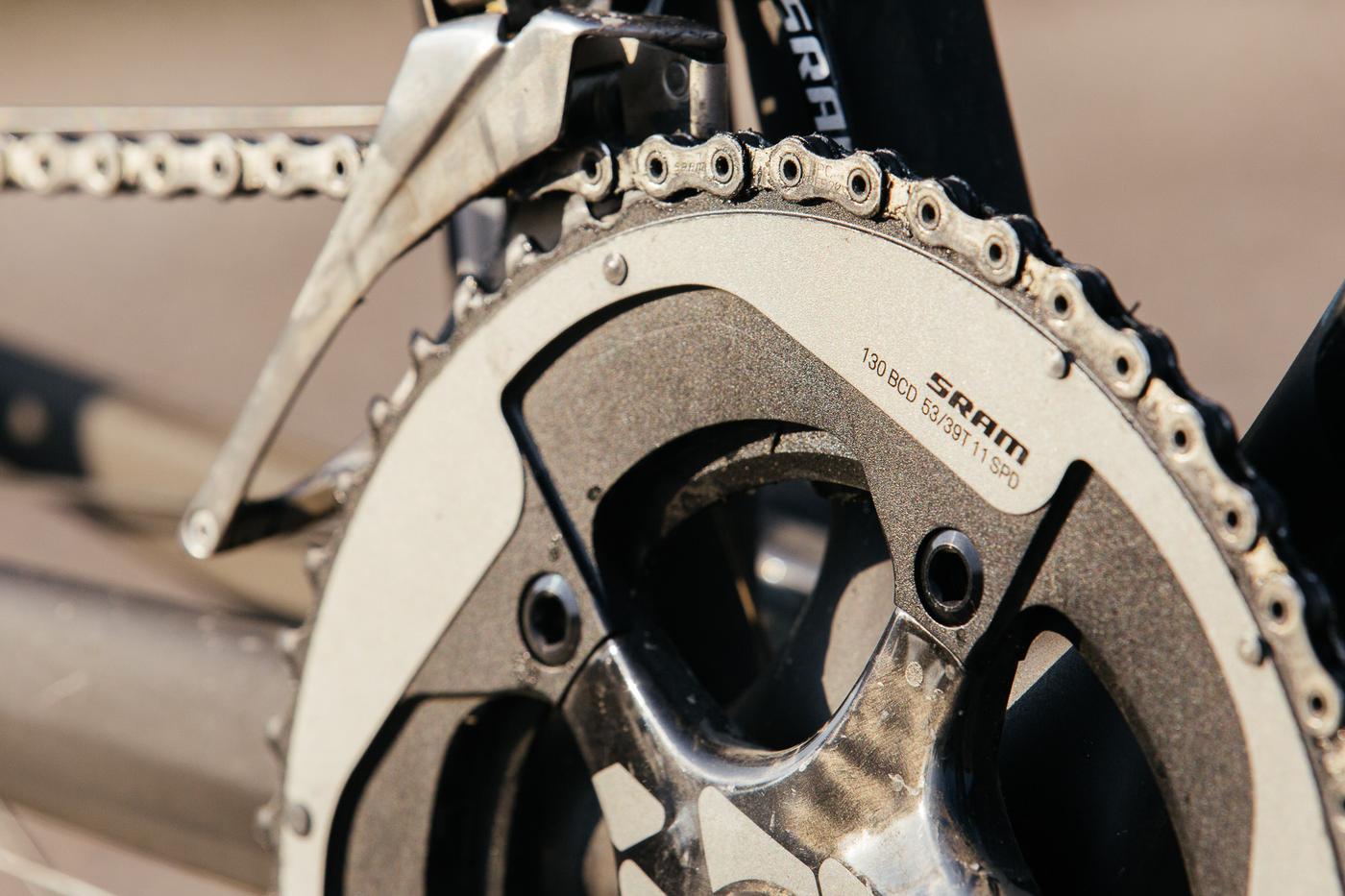 The frame isn’t the only thing that evolved. For this version, I went with SRAM’s new (to me) Red 22 group with a standard 53/39 crank but kept the trusty 11-28 cassette. I also opted for a more robust 32h 3x wheelset, but remained loyal to the Chris King components and swapped out the H+Son rims for Hed’s C2 Belgium rims. Not that I had any issues with the last wheelset, the hubs were simply 10-speed.

I gave Ben a deposit and 6-8 weeks later, the frame was complete. All of this coincided with the Mavic 125ans project, so he shipped my frame to Golden Saddle Cyclery, where Olympic-medal mechanic Thomas Wood, aka “Woody” assembled it and I had a bike to ride in Los Angeles while I stayed there. 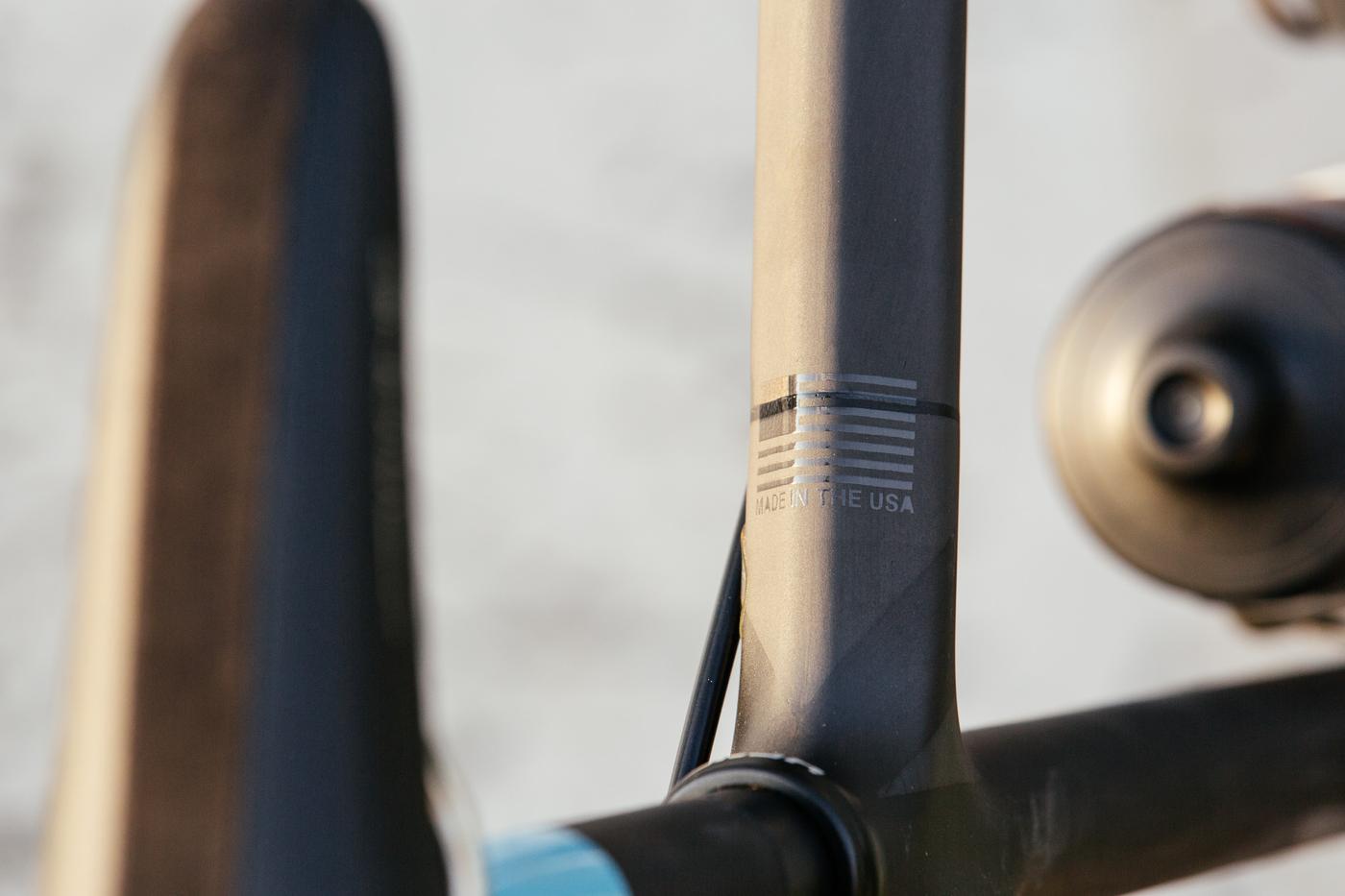 Look, the last Argonaut was a dream frame and it may seem like a finicky thing to want to replace it, but with the amount of time I travel, this bike fits me both in form and function. It’s still the best-riding bike I’ve ever thrown a leg around and this new frame has evolved in a way that I still can’t begin to describe. 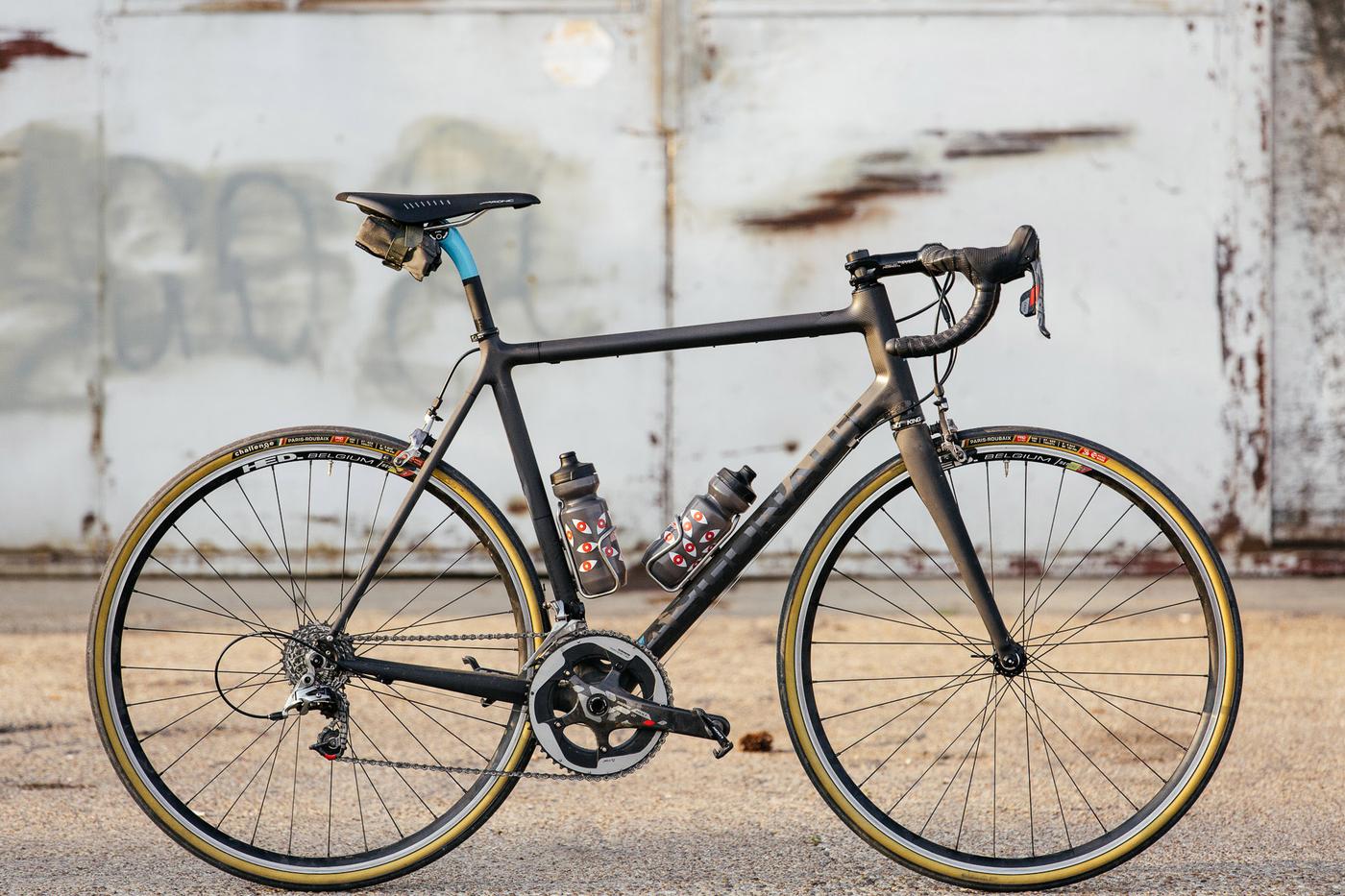 All I can say is if you want the most-tailored, no-nonsense, made in the USA, custom, carbon frame there’s only one place to go: Argonaut Cycles.