The 2020 Scott Contessa Ransom is about as far from my wheelhouse as I can get, excluding maybe a dual crown Rampage bike. I moved to Bend, Oregon a scant two years ago from Chicago, where I did a whole lot of bike racing on a whole lot of flat ground. Commuting to work eight years ago grew into racing cyclocross on a single speed because I was a graduate student with poor budgeting skills. Graduate school not panning out led to working as a messenger for a lot longer than a “summer to figure stuff out”. In fact, the first time I rode a mountain bike outside of Wisconsin was years ago in Brisbane, Australia while visiting for the Cycle Messenger World Championships (hosted in Melbourne that year). I rode with an EWS-racing, super-pro fast friend who, despite showing me all the ropes, rode me off a cliff and I swore off the squishy stuff then and there. 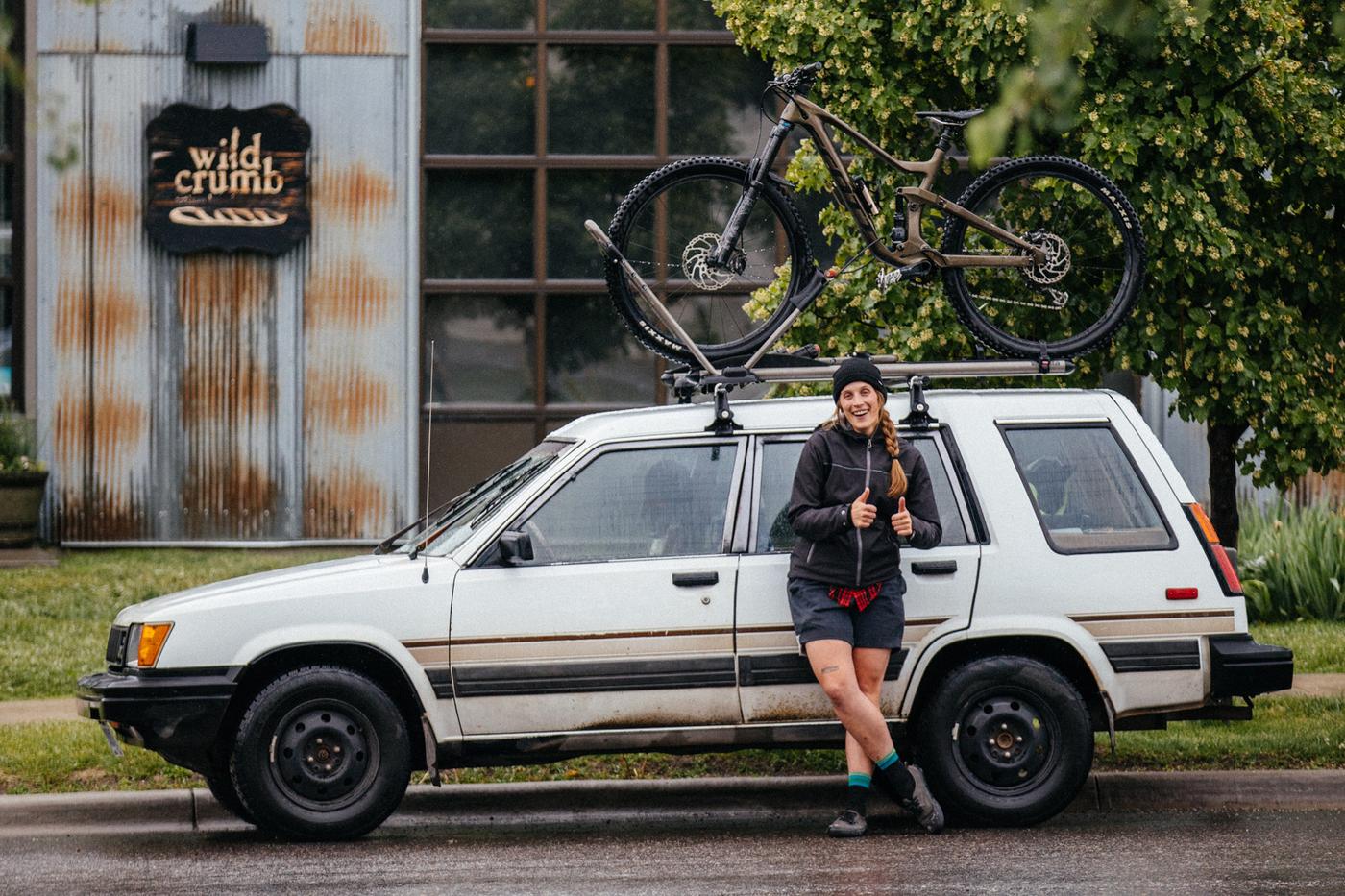 I worked at a bike shop in Chicago where I only saw a full suspension mountain bike once, and we all chuckled as it rolled out of the door because we thought it might be lost. I then pivoted to gravel endurance stuff and did Dirty Kanza on a single speed in 2016 which led to the discovery that my limits were further than I thought. I took that a step further and got a single speed hardtail, taking it north and racing a few Wisconsin XC races. I started to flirt with suspension a little despite my oath, and when the opportunity to move to Bend came out of nowhere, it all kind of clicked into place. I moved to Bend because I got a job as a microbiologist at a brewery (rhymes with Ben Tarrel). I, very literally, did not know Bend was a place until I applied for that job. I visited for 24 hours on my way to Oakland for a messenger event and decided the town was just big enough on the small-town scale for me to not go insane. Driving out to Bend that summer, I rode my hardtail at spots along the way, realizing that I really enjoyed mountain biking but was lacking some (all) of the skills that make it REALLY fun. I figured the best way to learn to mountain bike was to race a shitload all over the place; since I didn’t know what I liked yet, I should just try it all. If you can’t tell from my above list of hobby switching, I have a tendency to throw myself headfirst into whatever it is I decide I want to do, for better, for worse, or for really really stupid. Enduro felt like a good call, with climbing (which I hate, being from Chicago) that isn’t timed (yay!), and downhill that is burly and gnarly and hard. Great! Learn as you go, fake it til you make it, etc. I think what I lacked in the midwest was not the competitive spirit (it was chock-full of that, in a good way), but more a sense of pushing myself past a perceived limit. I felt a little bit of that at Dirty Kanza, but really felt it more when I stared down at a line that scared the shit out of me or a drop that looked too big. The feeling I got overcoming those things made me want to find more of those boundaries. I guess that’s what adrenaline junkies wax about. I signed up for a bunch of races, guessing and shrugging my shoulders and ignoring logistics (like, you know, having a mountain bike). When spring started creeping up, I started demo-ing bikes. A lot of them. And while I had a great time and recognized that some of the opinions I was forming were natural coming from a single speed hardtail, I couldn’t shake the feeling that I was riding a couch sometimes. I couldn’t find a bike that I felt like I was actually riding, that felt responsive on tight technical bits but inspired confidence descending. That first spring in Bend I decided on a 2018 Scott Genius, Scott’s jack-of-all-trades trail bike, with 150mm front and rear travel, 27.5” wheels, and TwinLoc technology to adjust compression damping and change the spring curve while riding. It was the perfect bike to figure out what the hell I was doing. A good mix of control on rowdy descents, but with the ability to switch to trail mode and maximize pedaling efficiency, making steep climbs much easier (and that’s coming from the biggest Climbing Hater of all time). For enduro racing, this was a great combo, and I never felt myself wanting more or feeling sluggish. In fact, the following year I was so happy with the bike that I was ready to start the season on a Genius again. But then one afternoon, I borrowed a friend’s 2019 Scott Ransom. 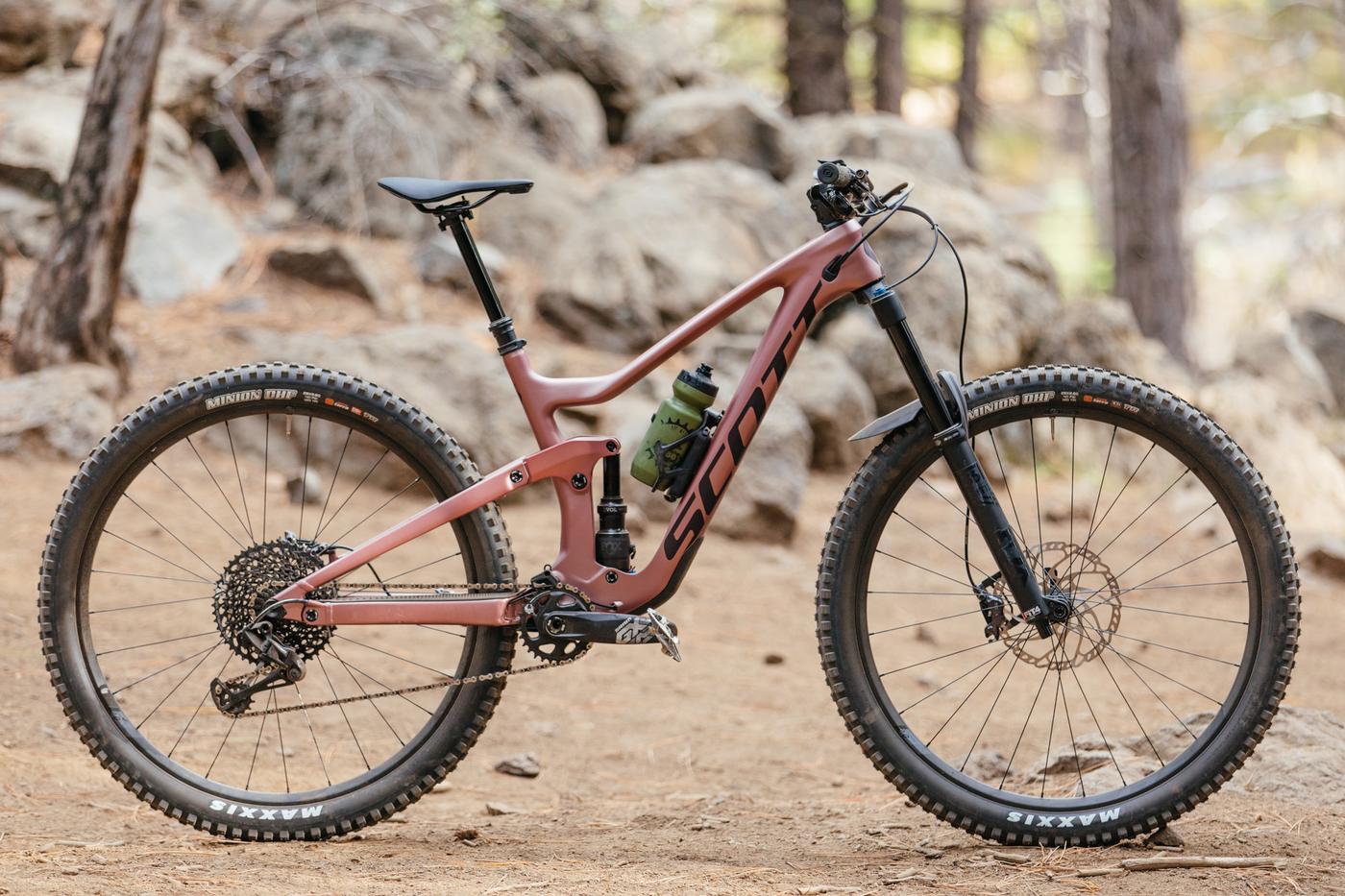 The Ransom had just debuted with a lot of buzz around it, winning Bike of the Year from a few notable sources. I didn’t give it much thought, because I didn’t think I needed a bike that big. A 170mm 29er (with the option to run 27.5” with a flip-chip), it seemed like a bike for people a lot faster and more experienced than I was. Friends I had been racing with all year had been trying to convince me to try 29” wheels, but I was skeptical. The wheelbase looked insanely big, and I had JUST figured out how to efficiently corner my trail bike. The Ransom seemed out of my territory. But I hopped on my friend’s Ransom for the afternoon just to see what it felt like. And damn, I had feelings. The first thing I noticed was the climbing. With so much travel and such a long wheelbase, I expected it to feel slow and droopy on the climbs, but was pleasantly surprised to feel no real difference from my trail bike. In fact, the head tube angle on the Ransom (with 29” wheels) is 64.5°, and on the Genius it’s 65°. With the TwinLoc’s ability to increase pedaling efficiency by essentially changing the geometry of the bike in trail mode, I never felt like I was pedaling a 170mm bike. Once I got to the top and opened it up, the bike slackened up and monster truck-ed it’s way over drops and techy rock descents in a way that really inspired confidence in me. It’s always hard to suss out what exactly is making the ride better when you change multiple variables at once. I thought about that for a long time; was it the wheel size? The travel? Am I just a less bad rider now? I honestly don’t know. But I hadn’t ridden a bike like that in my life, and I had more fun on it than I had on anything else, so I didn’t really care about the answers. As far as enduro racing goes, the Ransom has been the perfect rig for me. It climbs like a dream and weighs just under 31.0lbs, making stage transfers hard only because stage transfers are often hard. People ask me a lot if I think the TwinLoc is worth the extra cables, and I’ve always been adamant that they’re worth it to me. A lot of times, in a race stage, I’ll be bombing some chute only to get to the bottom and look up at a steep, long, mid-stage climb. Being able to press a lever and go into trail mode makes that climb so much easier (and faster), and when I finish the climb I don’t feel like I just sprinted on a waterbed. The wheelbase took me a while to get used to, with sharp switchbacks feeling awkward at first. Once I adjusted my cornering, I felt much faster and more efficient than I had before. Plus, if I ever wanted to go back to 27.5” wheels, I could just flip the shock mount chip. With a bunch of versatility and options, I didn’t feel stuck. Last thing. Is this bike pink? Yes. Am I a pink person? I didn’t think I was. But I saw the 2020 line up and let out an audible “damnnnnn” when I saw the Contessa version for the year. It’s kind of a metallic rose? Or something? But with the murdered out all black Fox fork I was like ya, I’ll do the pink one. It’s sick. Scott’s Contessa line has all the same specs as the corresponding Ransom, differing only in grips, saddle, and suspension tune. This particular model is their 910 spec, with the addition of their Syncros Hixon IC bar/stem. Scott’s Ransom was not a bike that I expected to own, especially in a very XC-focused town like Bend. But the rad thing about the Ransom is that whether I’m in B.C. riding steep roots or Downieville on techy rocks or on dusty flow trails in Bend, I never feel like I brought the wrong bike.