In the lead up to the Handmade Bicycle Show Australia (more on that later), I dropped by 412 – the collective home of bicycle excellence in Fairfield, to chat with Steve (Velocraft) about the logistics of getting my bike to the show. Even though the paint was close to 2 years old, Steve was enamored enough with it for a host of reasons that it was his choice to represent his work. 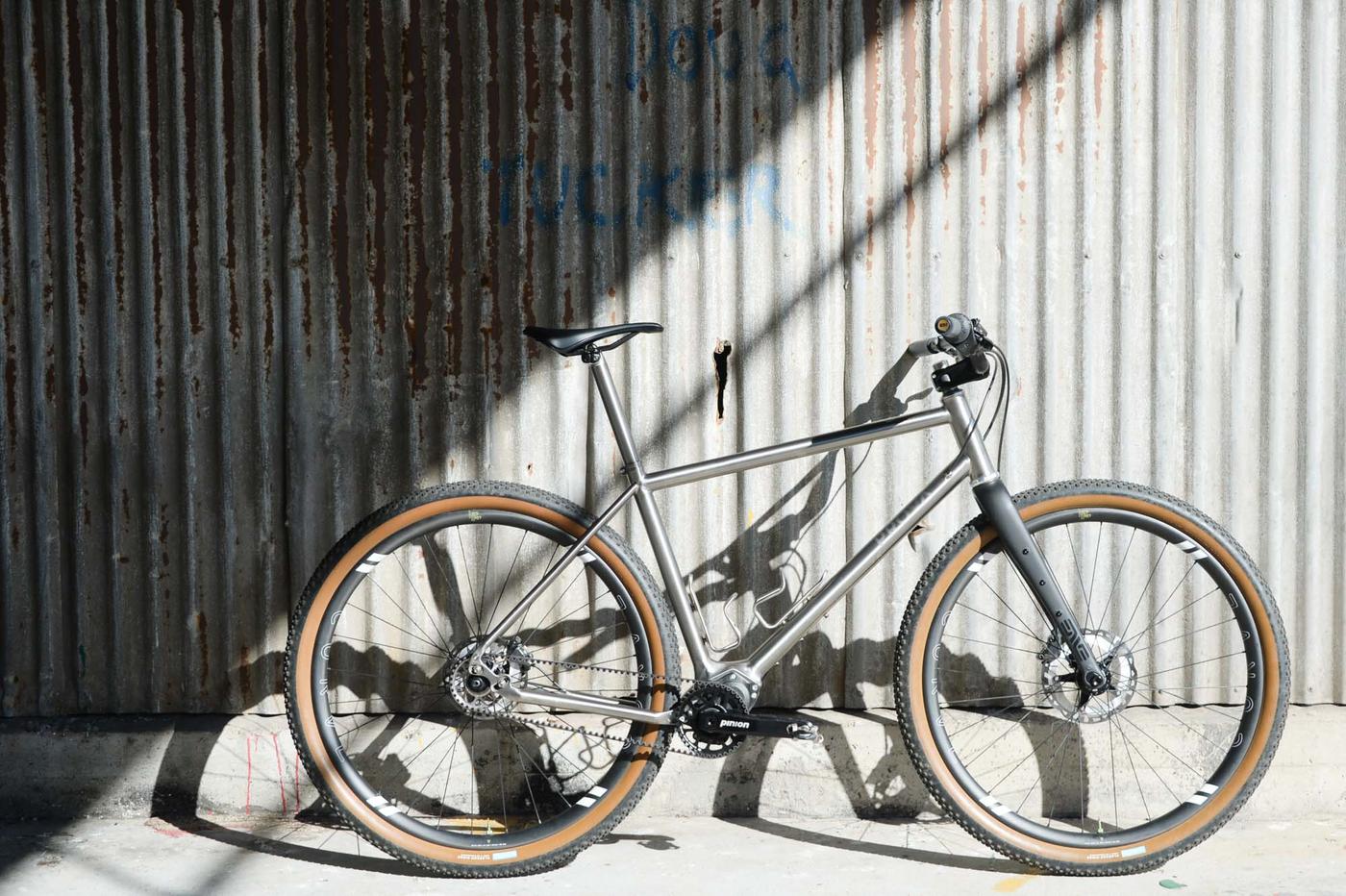 I dropped in to chat with Mark about what he was displaying and interestingly, he didn’t mention his prototype pinion gearbox adventure machine. Leaned up against the lathe, he said ‘take it for a spin and see what you think’. A tried and true method of getting a bike junkie addicted to whatever the dealer is pushing. So I did.

Belt drive – my previous experience pedaling one was a hybrid commuter at an inner-city bike shop, for curiosity’s sake. The near-silence of the drivetrain is immediate. The second experience was via Jesse Carlsson who used to join us on our regular Friday ‘Strategy Meeting’ MTB rides, close to a decade ago. When I say join, he would ride 25km to meet us – ride 25km+ of Plenty Gorge trails, then ride back to Brunswick, barely getting a sweat on. He had a Spot Brand belt drive bike – but for whatever reason kept snapping belts AND frames, so my curiosity ended there. 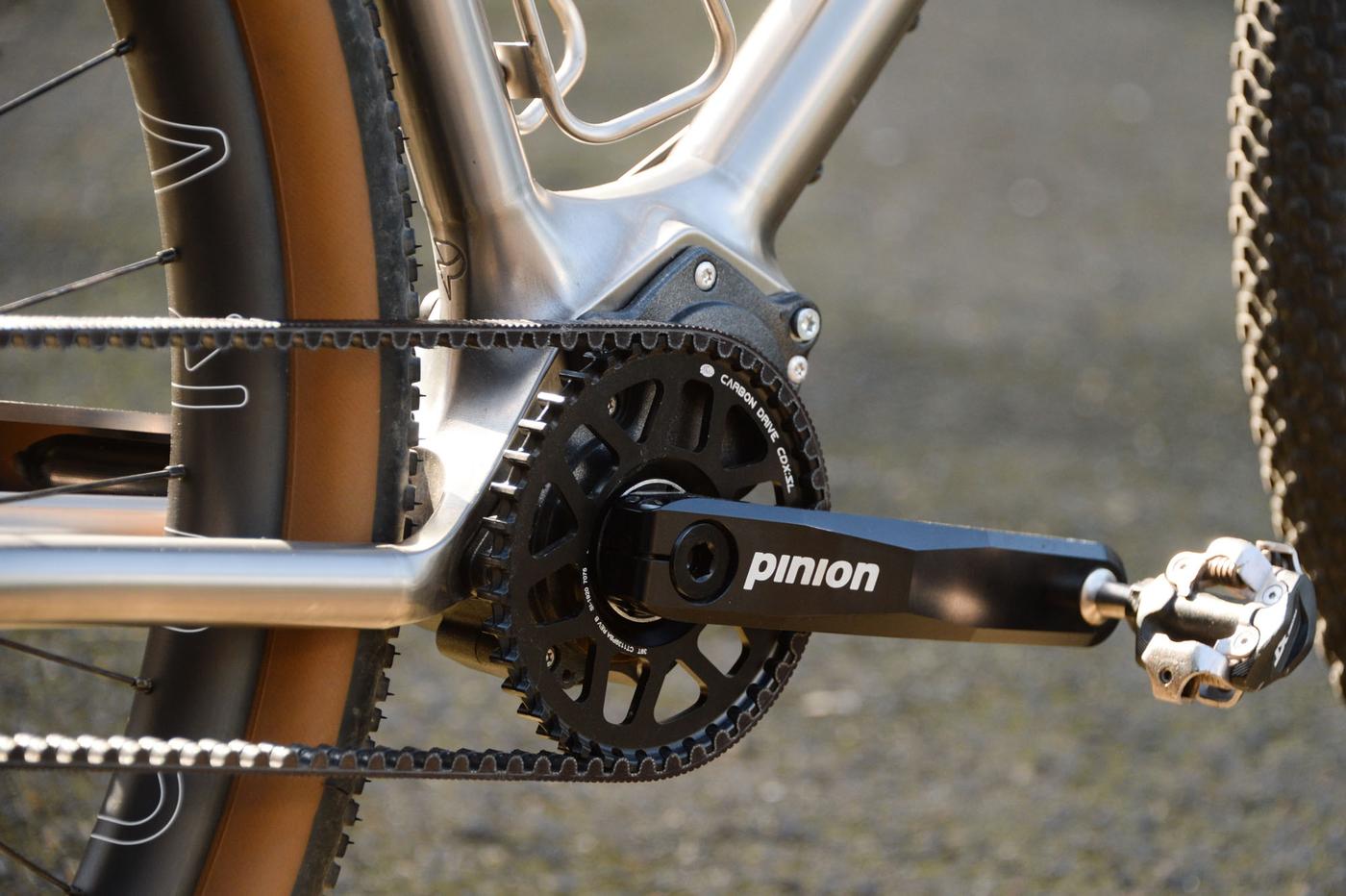 The Pinion Gearbox. I was totally unfamiliar with them other than seeing them on the internets, and them looking like battery-less e-bikes from a distance. The gearbox is unmatched in durability and near maintenance-free drivetrains for the ultra-endurance world-touring types. Months ago, Mark mentioned he was building one for himself, and giving his past Palmares of doing nothing by halves, my interest was rekindled purely for trail riding. Due to the slight lag of the freewheel in the gearbox, he chose the Onyx rear hub for its instant engagement when putting the power down. The Onyx hub is near silent when freewheeling so the only audible thing as you cruise along is the tyres on the pavement or trail. I’d experienced the Onyx hubs years ago in Edmonton on the riverside trails and it’s magical. 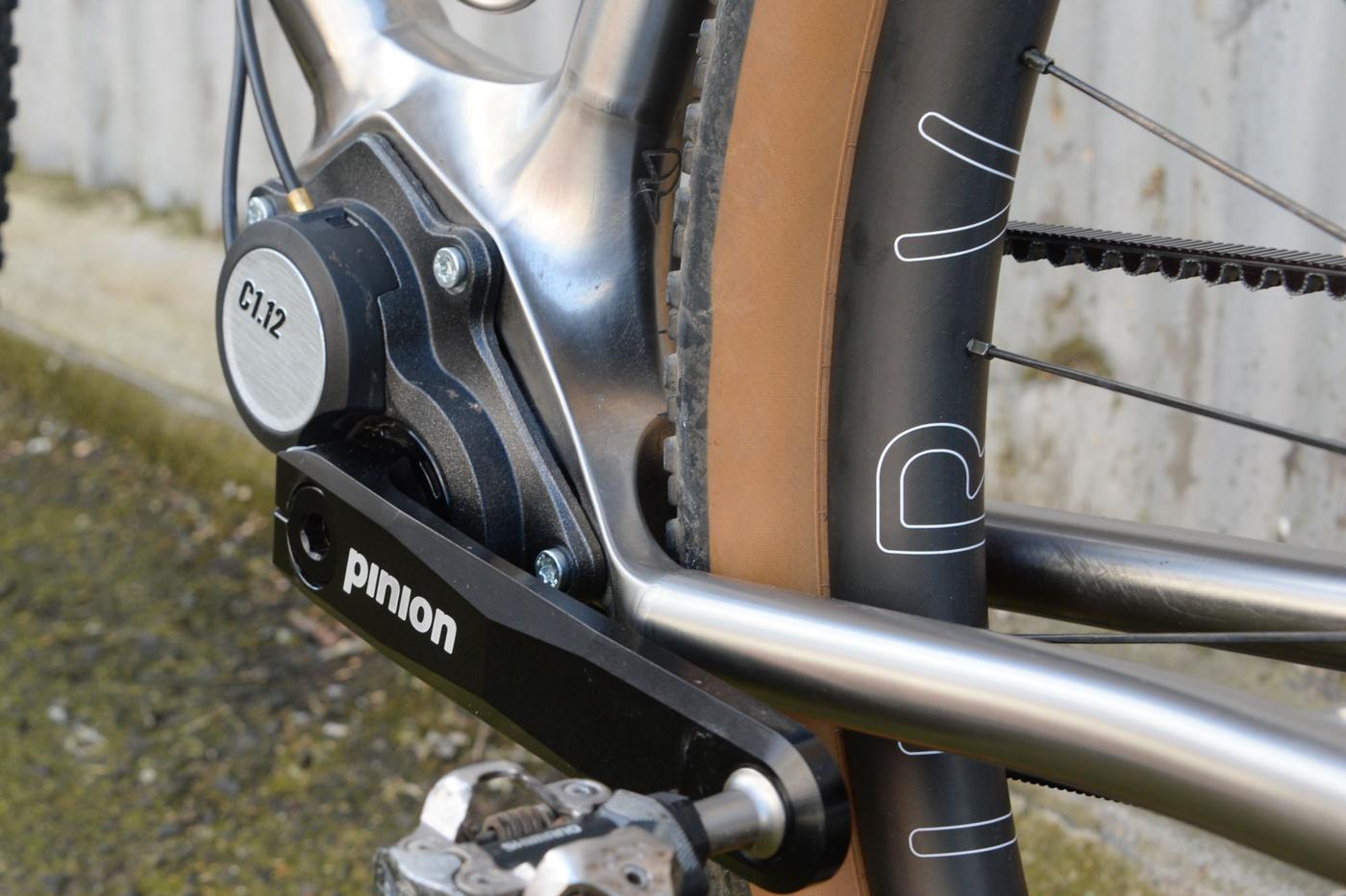 I said ‘Yes’ (to a Pinion drive build from a) client in a moment of weakness.

I started designing a yoke that would adapt to commercially available bridges but I couldn’t achieve the geometry I wanted for my bikes so descended a massive rabbit hole, designing a bespoke one-piece bridge and yoke, to be printed in Titanium using a laser bed fusion process common to all the dropouts on my other PROVA models.

Many hours of the Melbourne lockdown were spent working on the design, including buying a new plastic printer for home to prototype parts quickly. 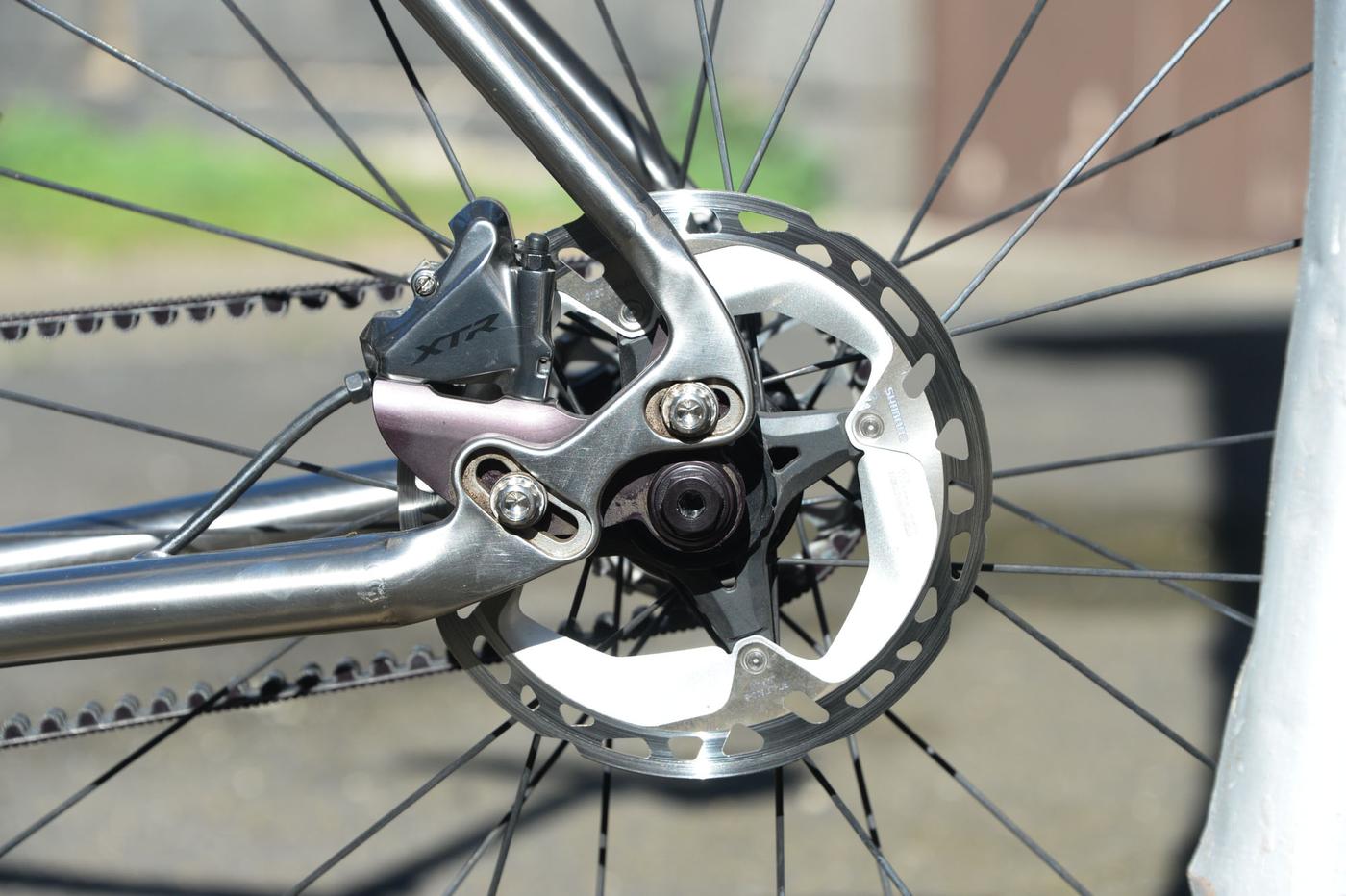 I always build something new for myself first so that it can be tested both structurally and for ride behaviour. I like to stand behind my bikes as something I really believe in and would love to own myself.

This bike you’re seeing is the prototype I built for myself, my thinking was to compare it against my usual Ti gravel bike which is running a 1x setup with 700×50 tyres and 50cm Curve Walmers bars. The pinion is really only available with shifters for flat bars which is a shame really. It might look like an XC MTB but in reality the fit and weight distribution is closer to my personal road/gravel fit which means more saddle set back and more drop – which was resolved with the sweet Mone lightbars! 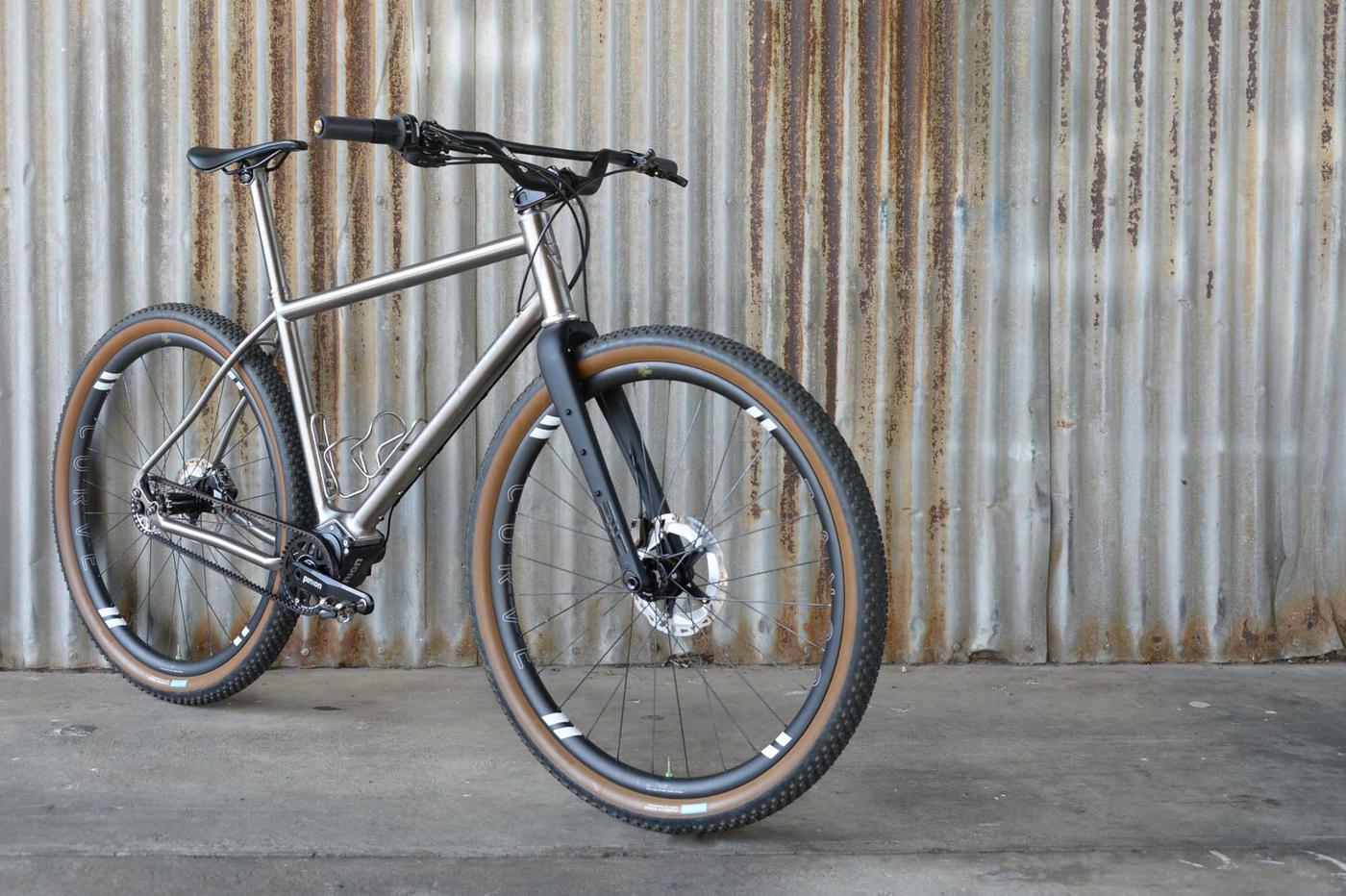 After spending the last 6 months riding it on and off between my other bikes I can say that I think it’s a great platform for trekking/long and slow bikepacking or an all-mountain hardtail. I feel for gravel it has too much drag and the lack of drop-bar shifters means a lack of hand positions. I found this while chasing a mate on a multi-day bikepacking trip in January that I would normally take my gravel bike on. I always felt like you were working harder when trying to do a high average speed common on more gravel-oriented rides.

What it’s great at is being able to bang through all the gears in one hit, the lack of maintenance, and things to smash off. I did have some belt squeaking on a trip in the Victorian High country and had to wash the belt in rivers, some silicone spray has sorted that out now. 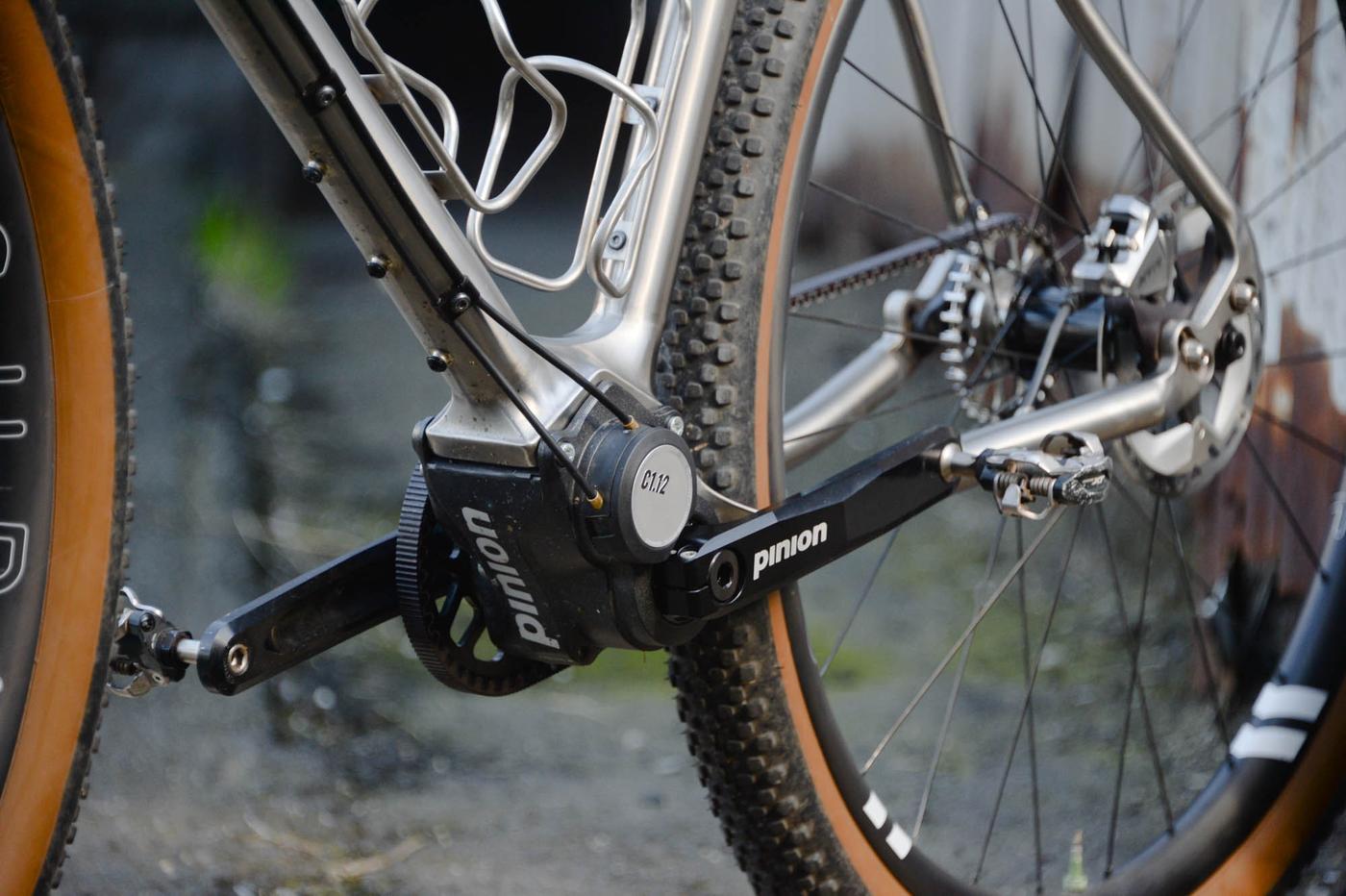 Can’t wait to build myself a 29×3.0 rig based around the pinion which is ironically the tyre size for my first ever frame 6 years ago.

It’s funny that Mark mentions his ‘first’ frame. It was through a random exploration of #29plus that I chanced upon his Instagram account when he still lived in Canberra and a dialogue ensued. I later sold him a set of 29+ tyres and have been following his design and fabrication in awe ever since…