On this expedition, we – Erik, Dylan and myself – were prospectors… For over a hundred years, Death Valley has had its minerals extracted by machine and mule. Not just for gold and silver, either. Prospectors scoured the mountains for antimony, copper, lead, zinc, and tungsten, packing out their load by mule. We are modern day Prospectors, however, we are not seeking riches, yet experiences, of which will be beaten into our soul by miles of washboarded and rocky roads. Our mules are our bicycles and we’ll take only photos, leaving no trace, taking nothing from this land. It’s given enough over the decades and its scars are still visible on the surface. Last Friday we embarked on a 100 mile journey through Death Valley National Park. The route was familiar to Erik, who attempted it years ago, but in reverse, with a band of other explorers, who fell victim to this great desert. Returning this round, Erik had a new found respect for this land, as well as much-needed reconnaissance by yours truly. My report: we should ride the biggest tires we have access to. This would soften the blow from the rugged roads and allow us to move with elegance through deep sand.

On top of that, literally, would be our provisions for four day’s worth of riding in the High Desert. This meant we’d need lots of water, lots of food, and warm apparel, on top of the standard backcountry emergency items. Packing all this in on a bike that’s destined to climb well over 10,000′ in its journey is no easy matter, yet the three of us took our own unique approach to outfitting our Pack Mules. 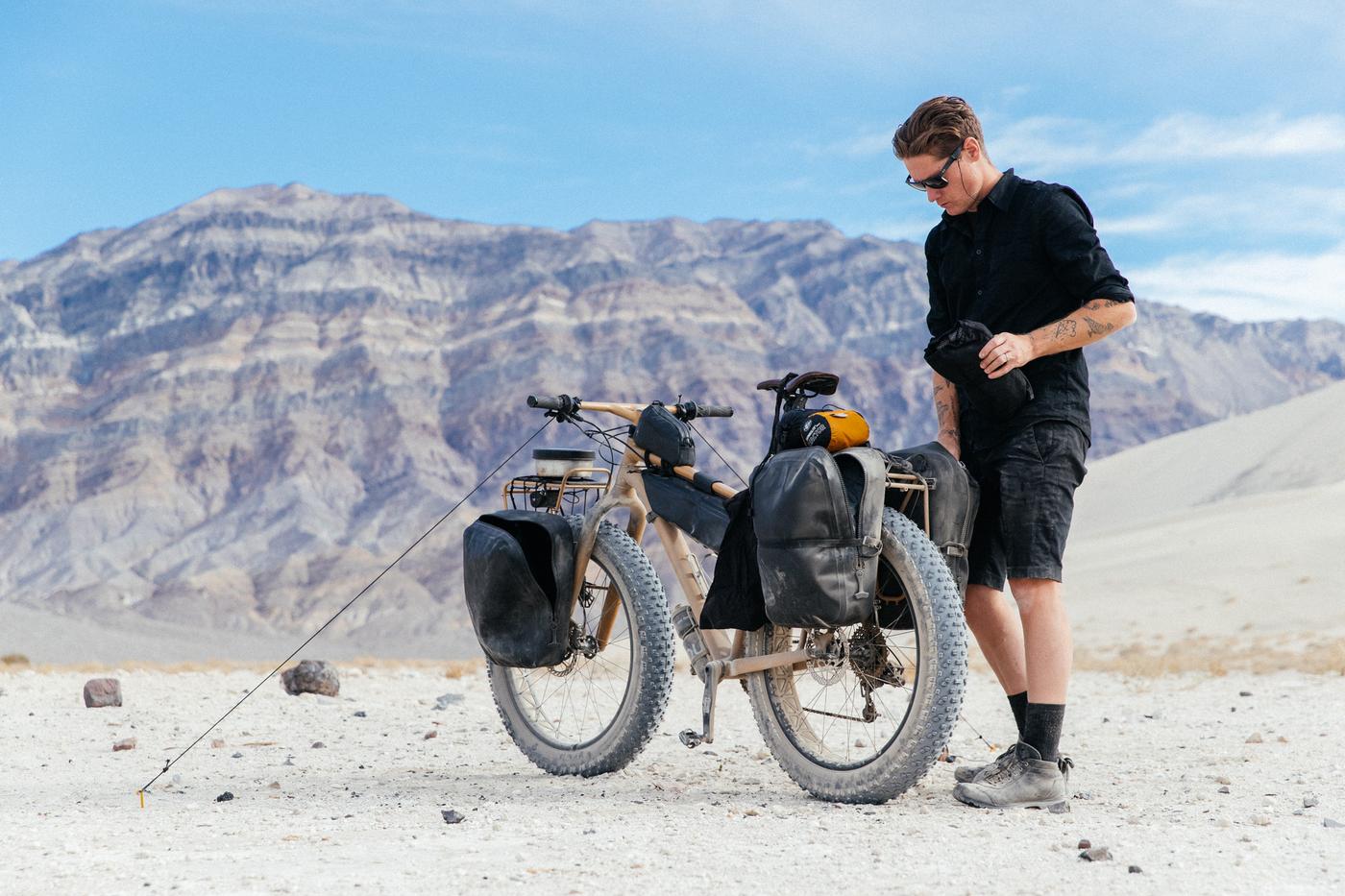 Erik worked from a baseline Fatboy. An aluminum frame with a carbon fork, of which he affixed a Surly front rack to by using resin-impregnated carbon fiber, wrapped in overlapping patterns to make the attachment itself even stronger than the fork. To this rack, he ran two waterproof panniers, a small cutting board – more on that later… On the rear, he used a similar rack, with more panniers. That left the frame pack and top tube bag for snacks and other necessities. 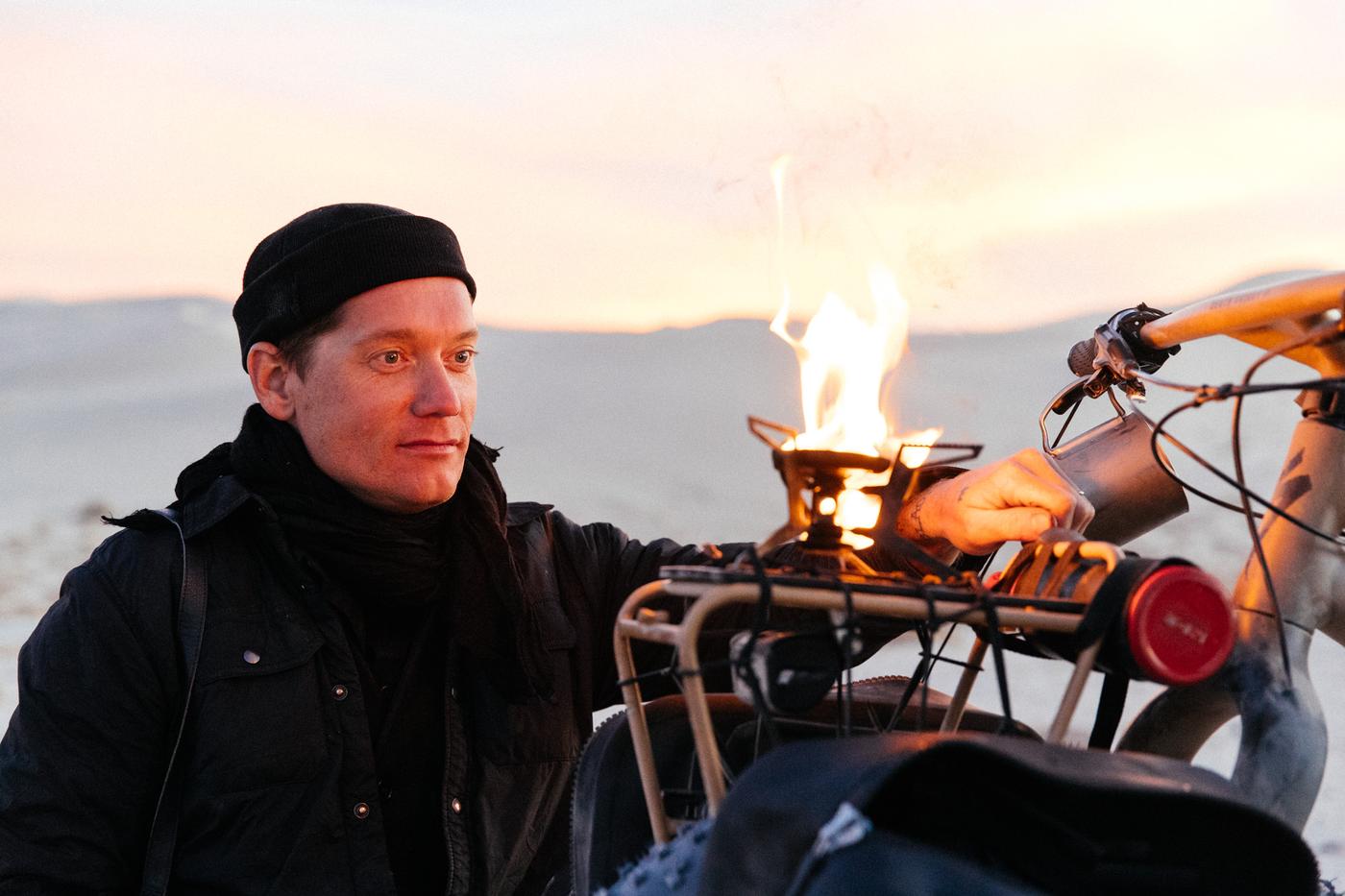 Of course, because he’s Erik, he couldn’t leave it at that. Up next was a Desert Sand wet coat, over a Hammerite base. This makes the bike look tattered and worn, only after a few miles of dirt roads. You can see the whole process on Erik’s Instagram.

The journey this bike undertook will be told at a later date, for now, enjoy!