Following a hiatus in 2021, Single Speed Arizona (SSAZ) returned earlier this month – over an action-packed weekend – to Cave Creek. We’ll be hosting a full event report and photo gallery soon, but today we’re kicking off our coverage with a pre-ride tour of Southwest Wildlife Conservation Center and a gallery of bikes (and their riders), which is about as eclectic and diverse as it gets. After an arduous bout of “king of the mountain” at 2020’s SSAZ in Bisbee, Kaolin Cummens won hosting rights to bring the subsequent year’s event to his home trails of Cave Creek. With the 2021 pandemic gap year, he had plenty of time to plan an epic weekend for his fellow single speeders. Kaolin owns and operates Flat Tire Bike Shop and Roca Roja Bikes, along with Dax Massey, in the heart of quaint Cave Creek, Arizona, which situated in the rolling saguaro-filled hills just north of Phoenix. As a shop owner, bike-fitter extraordinaire, wicked-fast rider, and all-around eccentric dude, he’s been a fixture of Arizona’s cycling scene for a long time. He’s also very connected to his local community and donated a chunk of SSAZ’s registration fee to Southwest Wildlife Conservation Center (SWCC) where his wife, Hillary, works in animal rehab. And, along with the donation, Kaolin took a group of about 25 riders through the McDowell Sonoran Preserve to the conservation center for a private tour the Friday prior to SSAZ’s all-day ride on Saturday. SWCC is a non-profit that rescues and rehabilitates desert animals before returning them to the wild. For animals that can’t be released, the center serves as a sanctuary. It also offers educational opportunities for the public focused on “living with wildlife and the importance of native wildlife to healthy ecosystems.” Felix and Zia are mountain lion siblings that were found in Southern California whose mother was likely a victim of rodenticide. They can’t be released since they grew up around humans, so will live out their lives at the sanctuary along with a group of other lions. Hillary made sure to point out the often unintended consequences of using poisonous rodent control methods. Found on a rooftop in Phoenix’s East Valley as an infant, Peanut the Coatimundi was likely handled by humans from birth and, like Felix and Zia, not releasable from the SWCC. Regarding Peanut, Hillary’s informative talking points focused on sensitivities of breeding and handling wild animal species. And the list of animals living at the center goes on – from kit foxes, bear, and bobcats to javelina, tortoises, and hawks. Many with moving and poignant stories like those of Felix, Zia, and Peanut and offer valuable educational opportunities about human/wildlife coexistence. For the out-of-towners, and even us locals that were unaware of the center’s existence, the tour provided an informative primer on living within the delicate Sonoran Desert ecosystem we would be riding through the following day. To learn more about SSWC, to donate, or schedule a tour, head over to their website. Oh, and if you’re also wondering why folks like Scott Bridges, Cody Goodman, Dejay Birtch were allowed to leave, your guess is as good as mine… 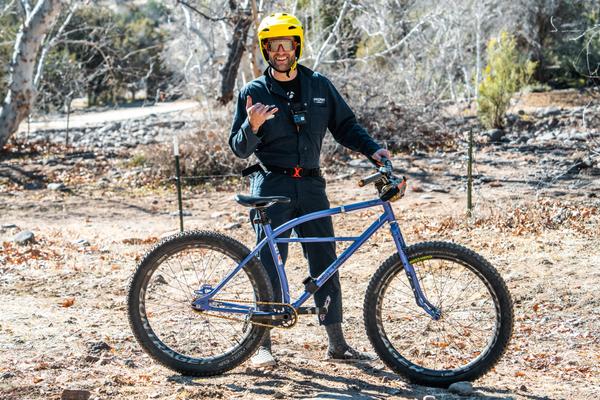 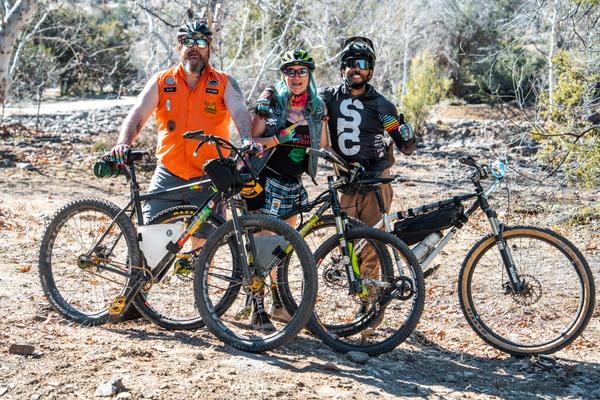 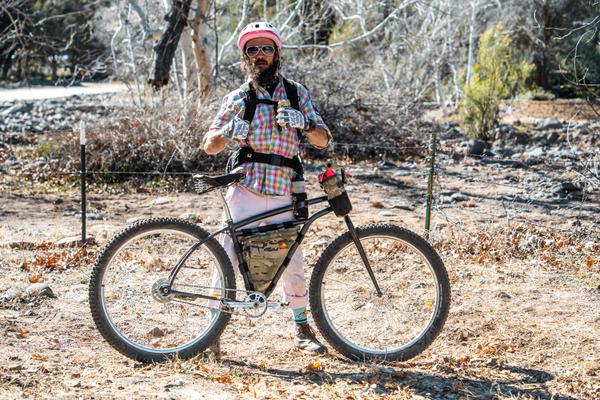 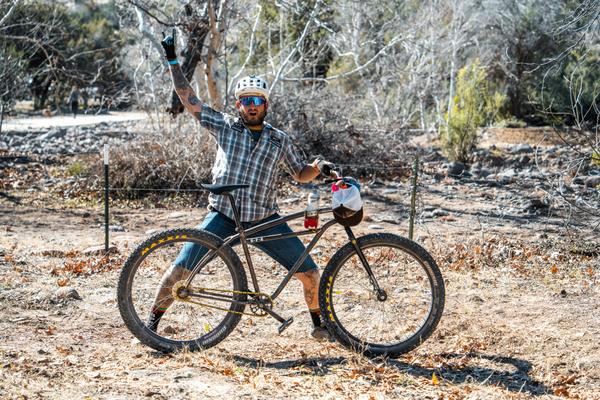 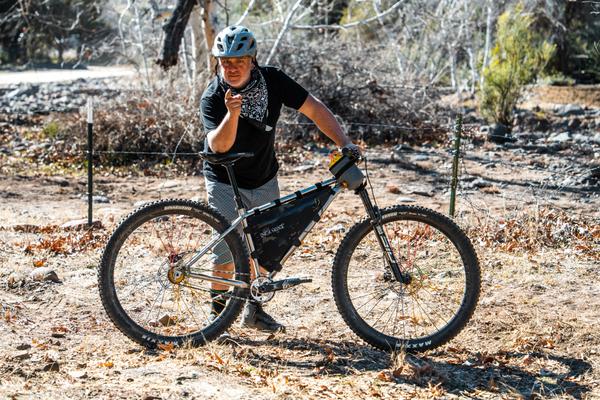 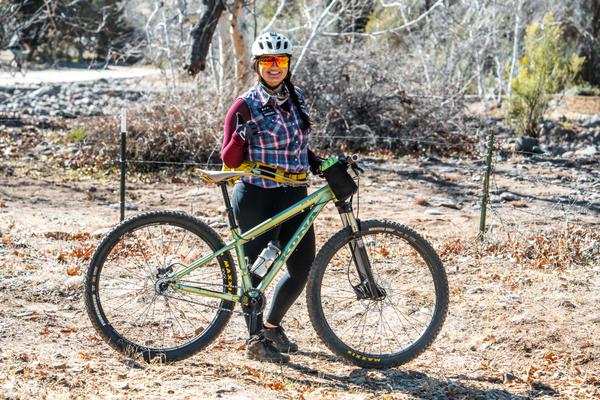 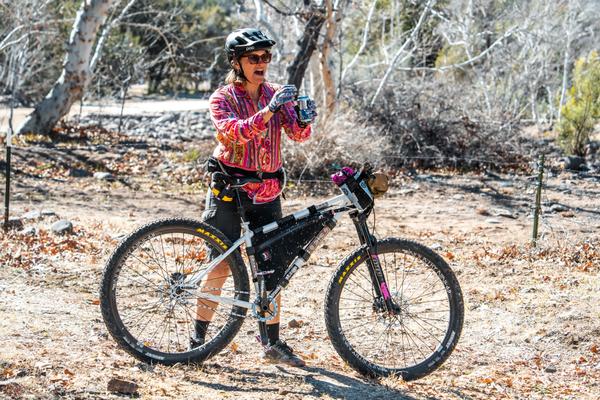 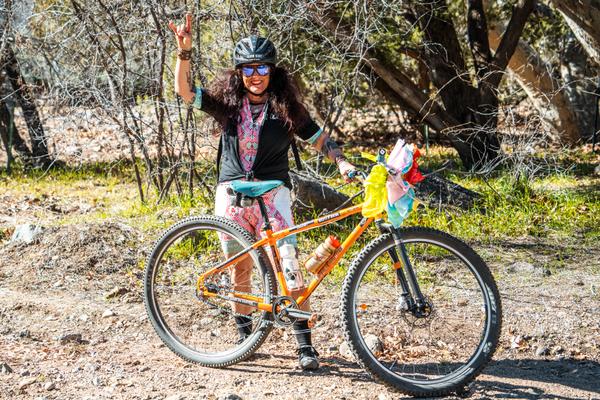 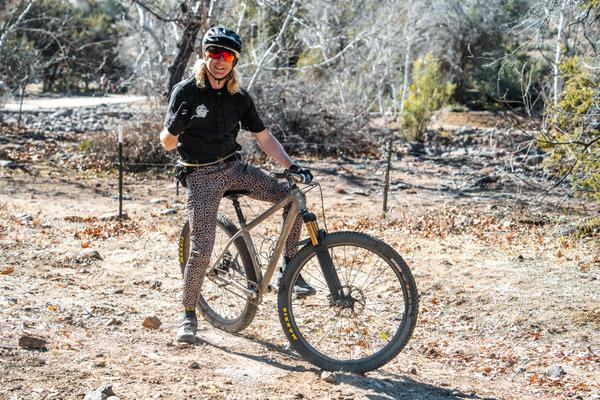 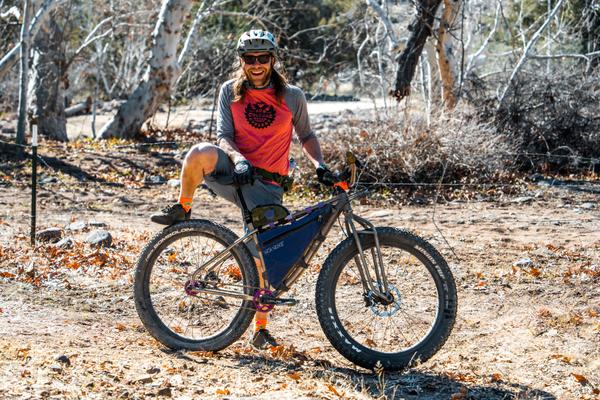 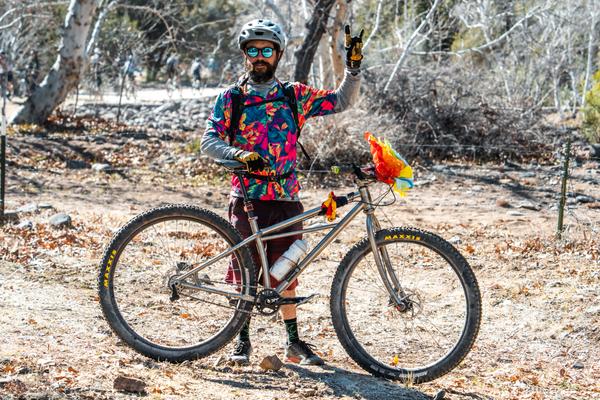 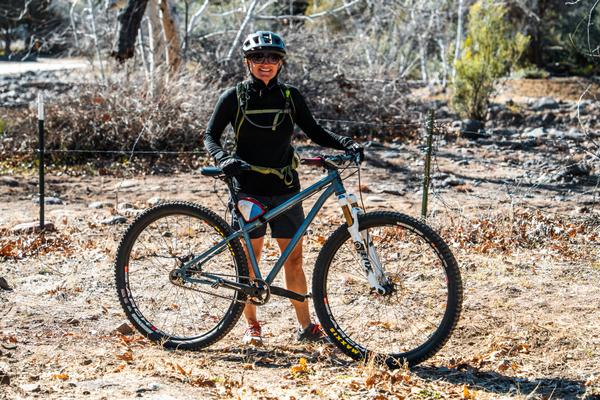 This year was my third attempt at covering a SSAZ event. I say “attempt” because I never know what I’m going to encounter with these and if I’ll even be able to pull together enough photos for a comprehensive gallery. Thankfully, I had Corbin Brady helping me out in previous years, and a couple of other talented folks on photo duty during this year’s ride, and it’s all worked out swimmingly. Incorporating bike check portraits into our reportage, however, had not come to fruition. Ride day mornings are always hectic with folks making last-minute bike repairs, scarfing down breakfast, shaking off hangovers from the night before, and trying to plan for whatever grueling rides the organizers have planned, leaving little time for much else. This year, though, I managed to pull about half of the group aside as they rolled out from camp toward the route. And what a collection of images it is. Single speeders tend to have a strong sense of individuality that just drips off of their bikes and attire. And, on what might be the most important day of the year to worship at the altar of one speed, there was so much drip.

Stay tuned for more SSAZ 2022 coverage early next week. If you’d like a copy of your bike check photo, help yourself to this Dropbox folder!