When I walk in, Chris is the only one there. I think he’s always ready. I get a cup of coffee and wait for Rue. She’s editing photos. It’s 7 am and she was up until just after one, going through photos, editing, and sharing. These days are marathons.

The weather is warm and we pack sandwiches to go. There’s a parrot named Jakub patrolling the dining room on foot. He’s 21 years old and surprises all of us– one after another. He says hello to Rue, chirps a Nokia ringtone to Nichole, and mocks my laughter. Last night he was rolled away during dinner because he was making such a racket. 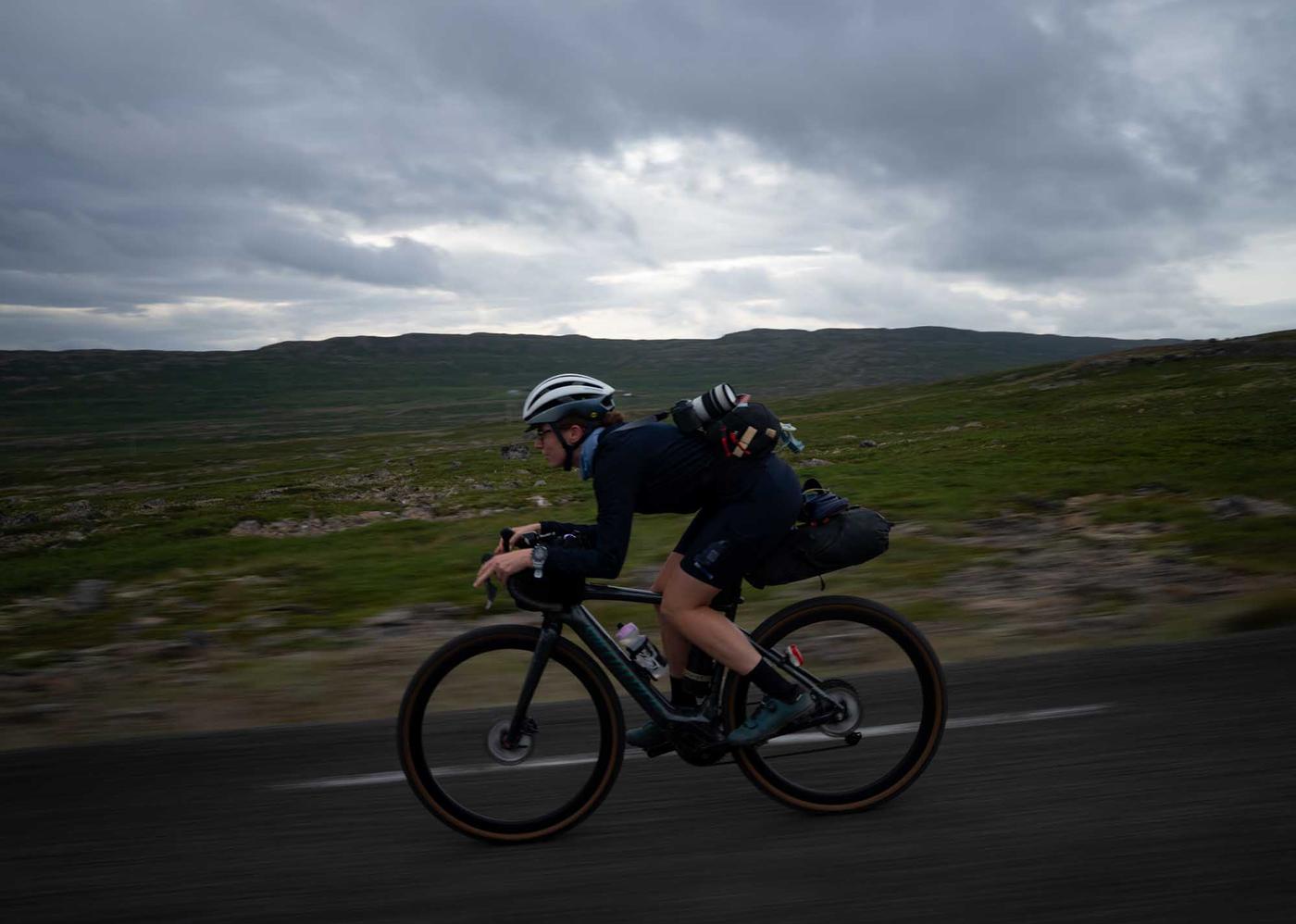 Leaving the refuge, it’s a dirt road and a tailwind for the first 10km. We turn into the wind and form a paceline behind Payson and he pulls us. Heads down, we’re cruising. The first 60km go with the snap of the fingers and then we’re at the base of the pass. We stop to regroup before the climb. I roll back downhill to fill up on water from a stream, adding a packet of Gnarly Cherry Cola Fuel20 to my bottle. Back at the gravel pit, I eat my butter-cheese-cucumber sandwich and I’m ready for the climb. We’re only at 300 meters, but even down low, just south of the Arctic Circle, the terrain is alpine. I ride up the hill with Chris, talking about bike trips in South Africa and the Middle East, fat bike expeditions in the Arctic, and where’s the best place for bikepacking– for pure beauty, it’s probably Kyrgyzstan, Europe is great for the network of roads and trails and the ease of resupply (fresh local food!) Switzerland is great for everything, the US is wild, the Middle East is fantastic– ancient culture and beautiful terrain and seeing how these two mix. How could you pick? Chris wants to do more expeditions in the Aleutians of Alaska and in Kamchatka, but bears are a serious threat. It’s amazing how inspiring riding a bike through beauty can be to dream up more adventures and reflect on previous experiences. We reconnect with Rue, Nichole, and Payson at the pass. We eat more snacks, put on some layers, and rip downhill. The sun peeks through and lights up the valley. It’s green! The sheep are feeding on the foliage, streams are running, there are no trees.

We wind our way to a village by the sea. Just before town, there are two geothermal tubs on the rocky beach and changing rooms with showers across the road. I change into my underwear and get in the water. It’s like soaking in a bath where the water never gets cold. We pedal uphill to the store. Rue and I get potato salad with crackers to use as spoons, hot coffee, and Apelsin, the local orange soda.

Riding out of town, we pass homes with little elf houses in the yards. There’s a soccer field of green grass on the hill above the sea. The pavement turns to dirt, first passing sheep-eating shrubs and then cutting down to the water. There are green moss rock walls to my left and the coast on my right. You can see the road roller coaster for kilometers.

Chris points to the tip of land jutting into the water – we’re going there.

I’ve started to get the feeling that I’m riding a topographic map. Most of the time you can see the road ahead– tracing fjords, switchbacking up mountains, rolling along the sea. You watch the wind in the grass, rushing at you, pushing you from the side, helping you from behind. You try to predict how it will change when you turn. Most of the time you’re right, but sometimes the wind changes too– it picks up or it calms down or the side wind actually feels a little bit like a tailwind and you feel a little bit lucky. 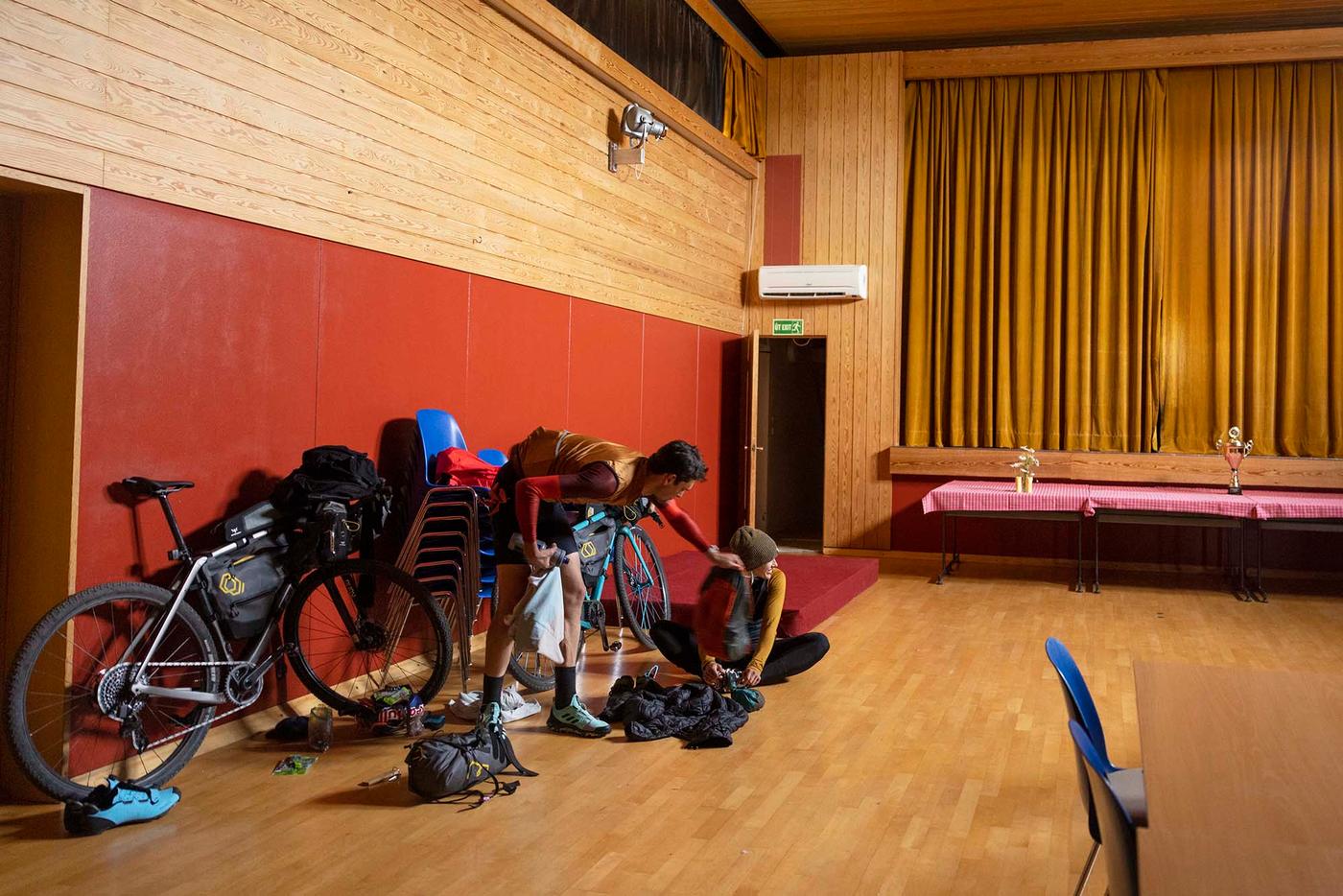 Our shelter for the night is an old school turned into a hotel. We store our bikes on the basketball court. The rooms are upstairs and dinner is a buffet– vegetable lasagna and a casserole of mashed potatoes and white fish, topped with melted cheese.

They layout sandwich fixings so we can make our breakfast in advance for a 6 am start. We’re looking forward to our biggest day yet– 220km with 2,750 meters of climbing.

The early morning light is astounding. This far north, the days are getting shorter, but in early September, we still have good light from 6 in the morning until 9 at night. It’s peaceful for the first three hours and then a headwind battle for the next seven. After getting blasted in the face over a steep pass, I stay on Chris’s wheel and he pulls me through. The wind is so strong, you can’t hear a thing. I keep my head down and keep moving forward. I mentally space out and that feels good. 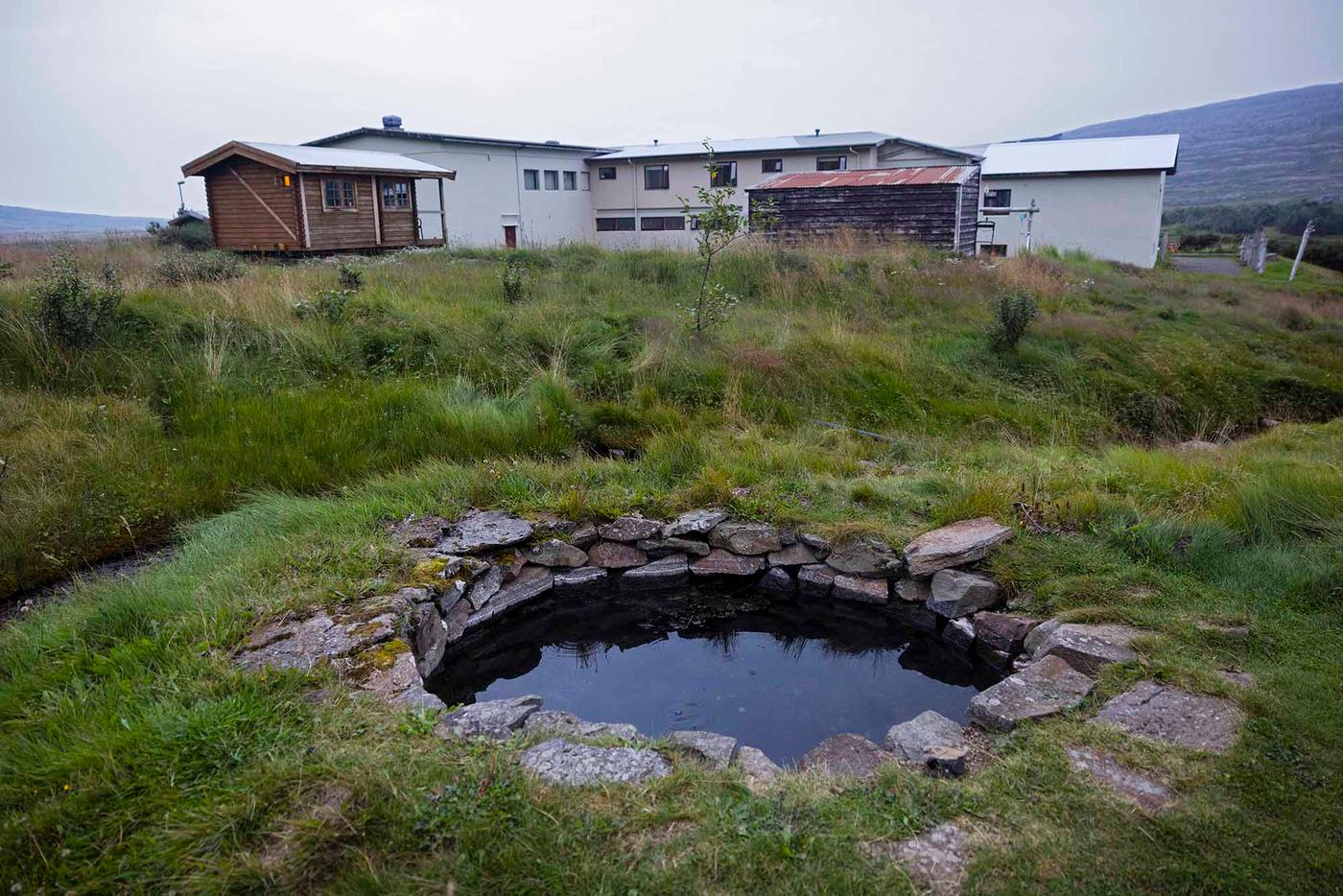 A hundred and sixty kilometers into the ride, we turn out of the wind two kilometers from the town with the supermarket and it starts raining sideways. We hammer to get there and roll our bikes inside. The woman working the register welcomes us in.

“Great idea! Bring your bikes inside. Thank you for visiting us! We would like to offer you coffee and hot chocolate.”

She has apple cheeks and a jolly smile. She injects me with positivity, like a shot in the arm, and I’m beaming right back. Her name is Rebecca and she has three children and a farm with rescue animals and a talking raven with its own Netflix show. “You haven’t heard of it?!” 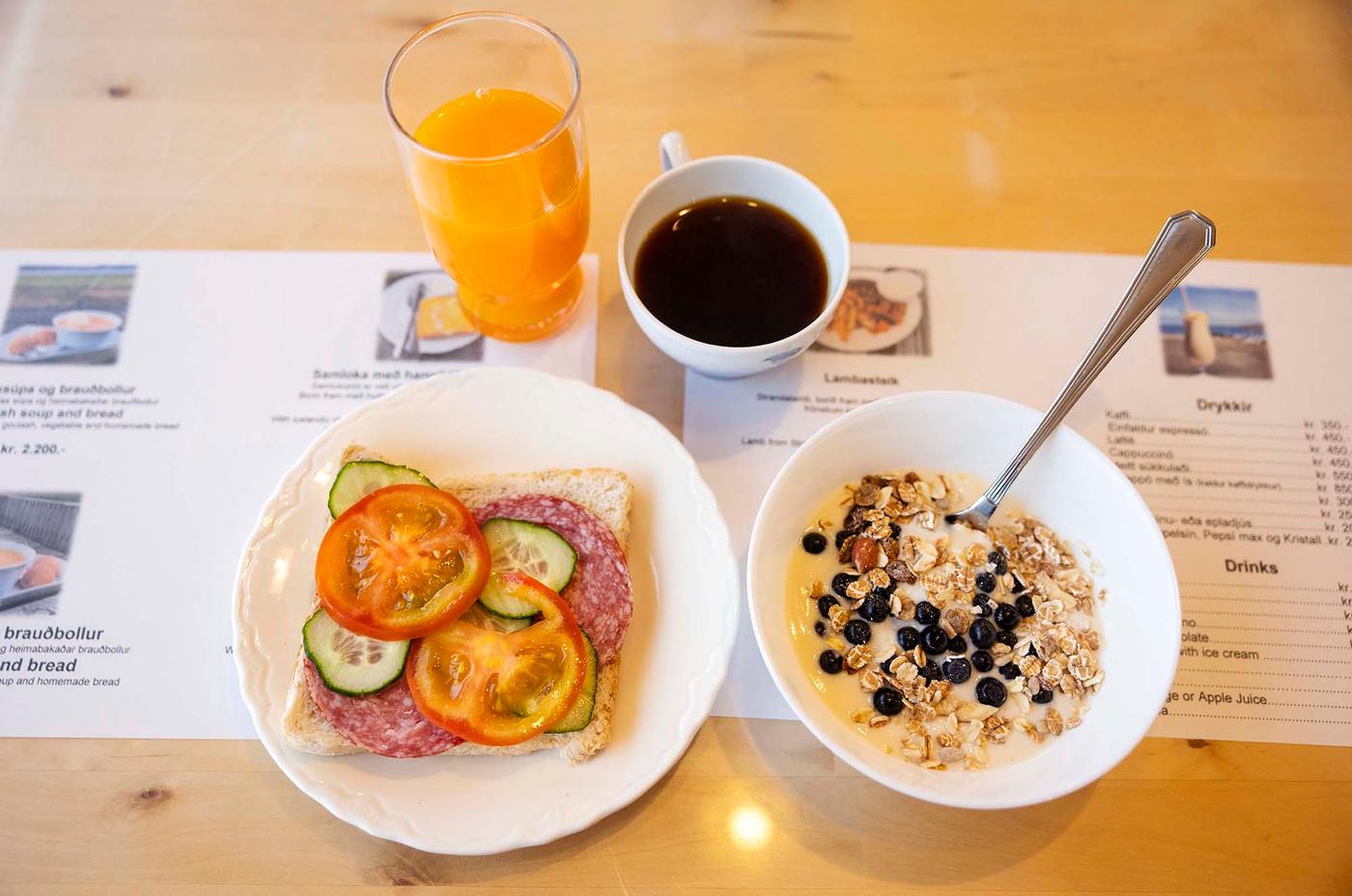 I get a double espresso, two pieces of pepperoni focaccia, and find a table to revive. There’s another windswept cyclist in the cafeteria with a tired smile. It’s Omar Di Felice from Italy. We don’t talk much, but you can feel that we’re all in this together. The elements are fierce. This is the only resupply spot in the area. We take shelter.

Sixty kilometers to go. It’s a tailwind at first and then we hit the coast and come around a U-Turn corner and it’s back in the face. I don’t think about it. We just have to make it. The road turns to dirt. It’s loose. It’s firm. It’s covered in sheep shit. I’m riding Chris’s wheel and mud and dirt are flying into my eyeballs. I don’t want to stop, but I can hardly see. I put on clear glasses and those get covered too. I pull up beside Chris and he looks over at me. In an instant, surprise turns to laughter and we’re both just dying. He’s clean as a whistle and I’m absolutely covered in shit.

The banks along the road are lush and green with new vegetation. We turn another corner and all of a sudden we’re flying. The tailwind feels like time travel– one of the best feelings in the world. We roll up to the lodge, tired and hungry, but nothing to worry about. There’s a hose to wash the bikes, a hot shower to get clean, and dinner on the way. We lay our wet clothes over the heaters to dry, shower, eat, record the daily podcast and I crawl into bed with my Rue. Let’s do it again! Five more days to go, each one its own world. 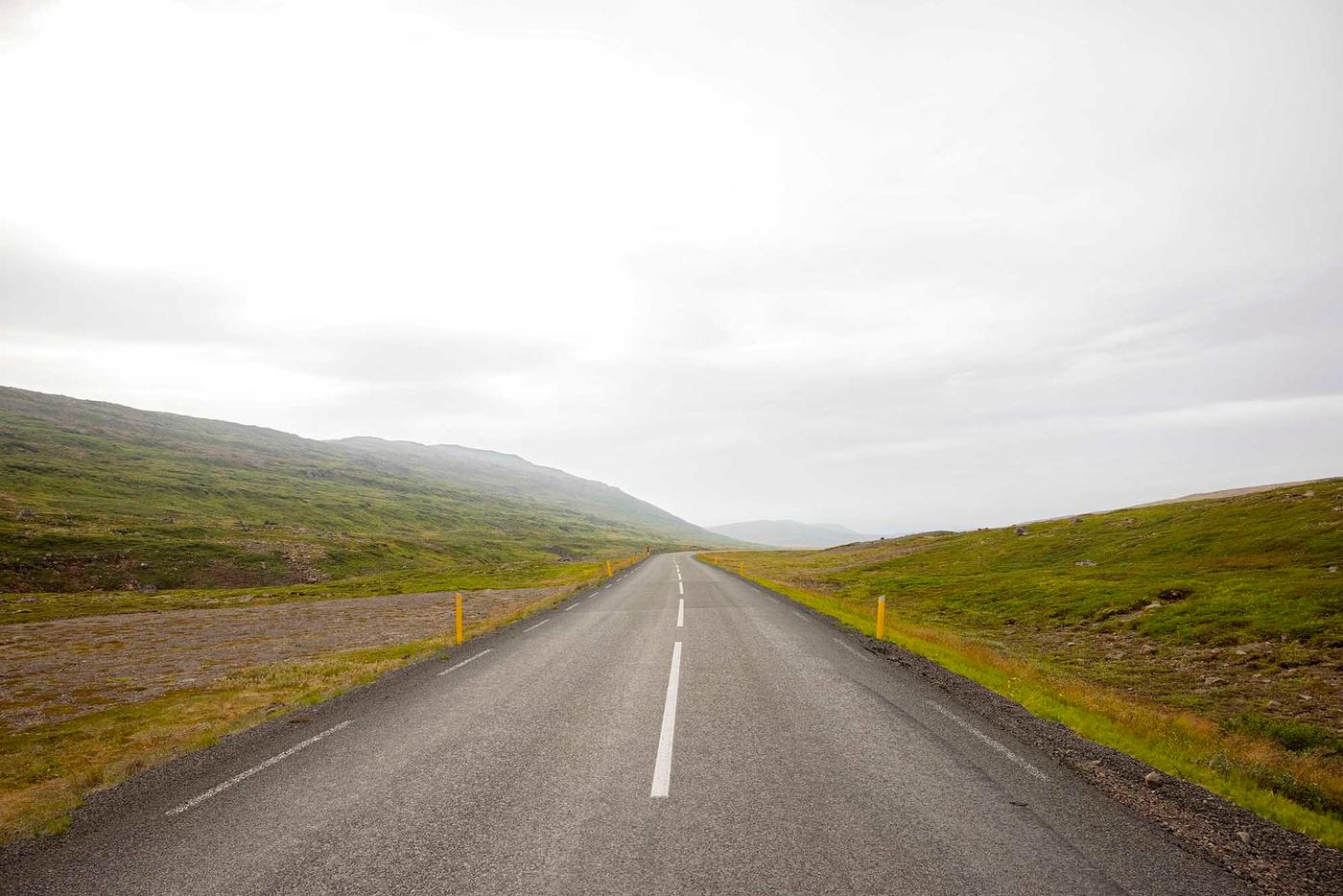