The Odyssey of the VOG (Valley of the Giants) is a 350-mile bikepacking event that takes riders through the rural farmland of the Willamette Valley, the rugged and vast Oregon coastal range, and the unrelenting gravel climbs found in the Willamette and Tillamook National Forests. The event name pays respect to the Valley of the Giants forest preserve, 51 acres of old-growth forest that are home to some of the largest Douglas Firs and Western Hemlocks on the Oregon coast range. Many of these towering giants have existed for over 400 years, and have grown to heights of 200 feet or more. While the route does not go through the hiking trails of the forest preserve, riders are still embraced by the dense trees and lush overgrowth that the remote forest provides. The Odyssey of the VOG route consists of bold landscapes, remote forest roads, and unrelenting climbs, all of which invigorate and challenge those who choose to ride it.  The grand depart for the 2022 event takes place on May 28, 2022, at 7:00 am PST. Registration is now open here!

The route is a passion project established by myself and fellow type 2 fun seeker, Ben Handrich. As these friendships often develop, Ben and I met one another through the 2019 BC Epic 1000 where we spent some time training together prior to the event. Through 2019 and 2020 Ben and I went on a handful of day rides and overnight bikepacking trips together, where we would either ride around his favorite routes (Willamette National Forest), or my favorite routes (Tillamook National Forest). Finally, during one of these trips we both voiced interest in creating a bikepacking event that went something like this (not verbatim):

Ben: “Hey Seth, I’ve been thinking about putting together a bikepacking race.”

Me: “No way, I’ve been thinking about putting one together also!” 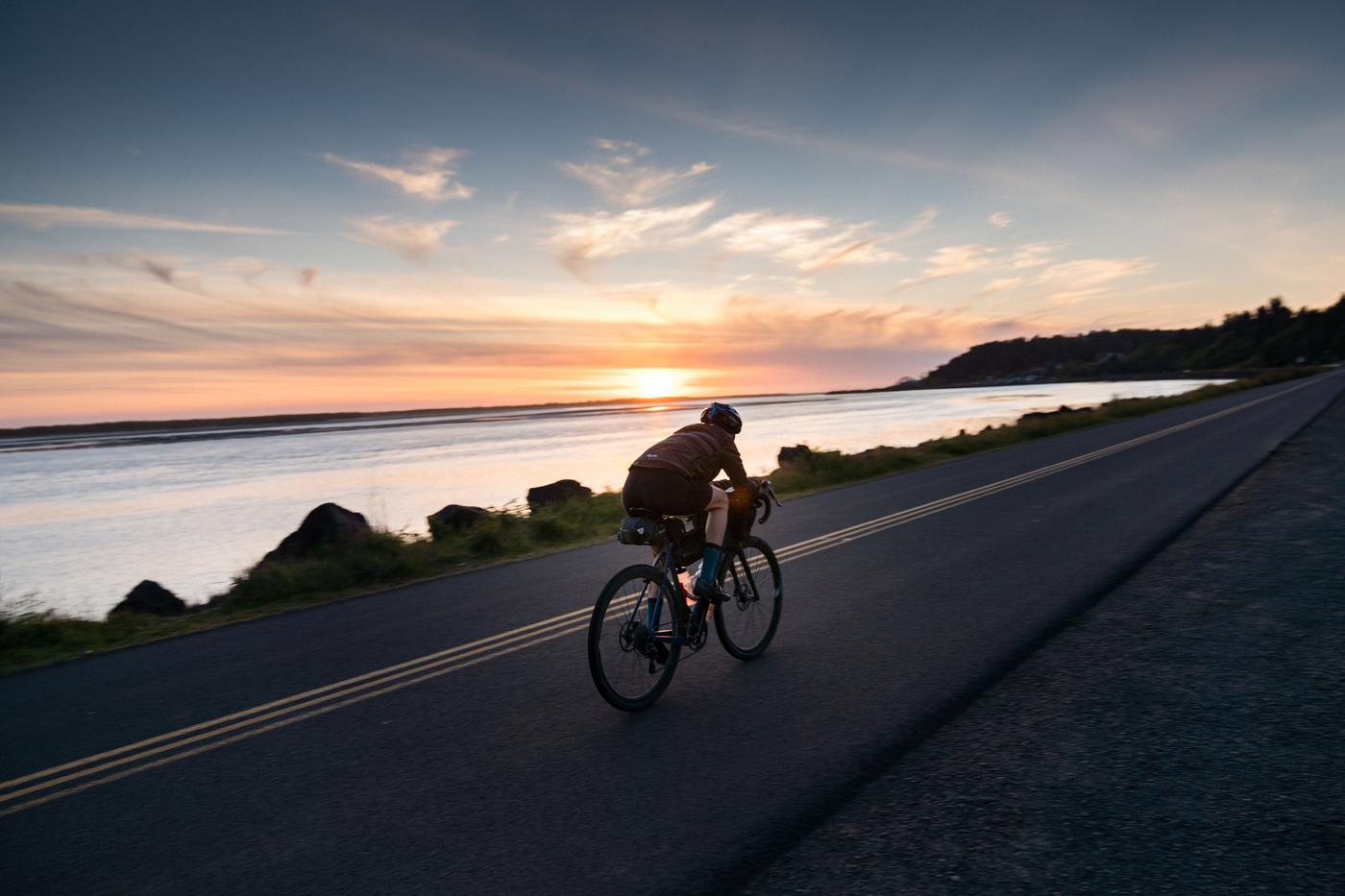 Conveniently, our two national forests of choice happen to be neighbors with each other, which made our brief race epiphany that much more realistic. And with our intentions voiced to partner on a route, the planning began. Our goal was to provide a free bikepacking event to the community, which also acted as a fundraiser for the Oregon Timber Trail Association. We believe that it’s important to keep these events accessible through low or no entry fees, while also leveraging it as a means to give back to the bikepacking community. 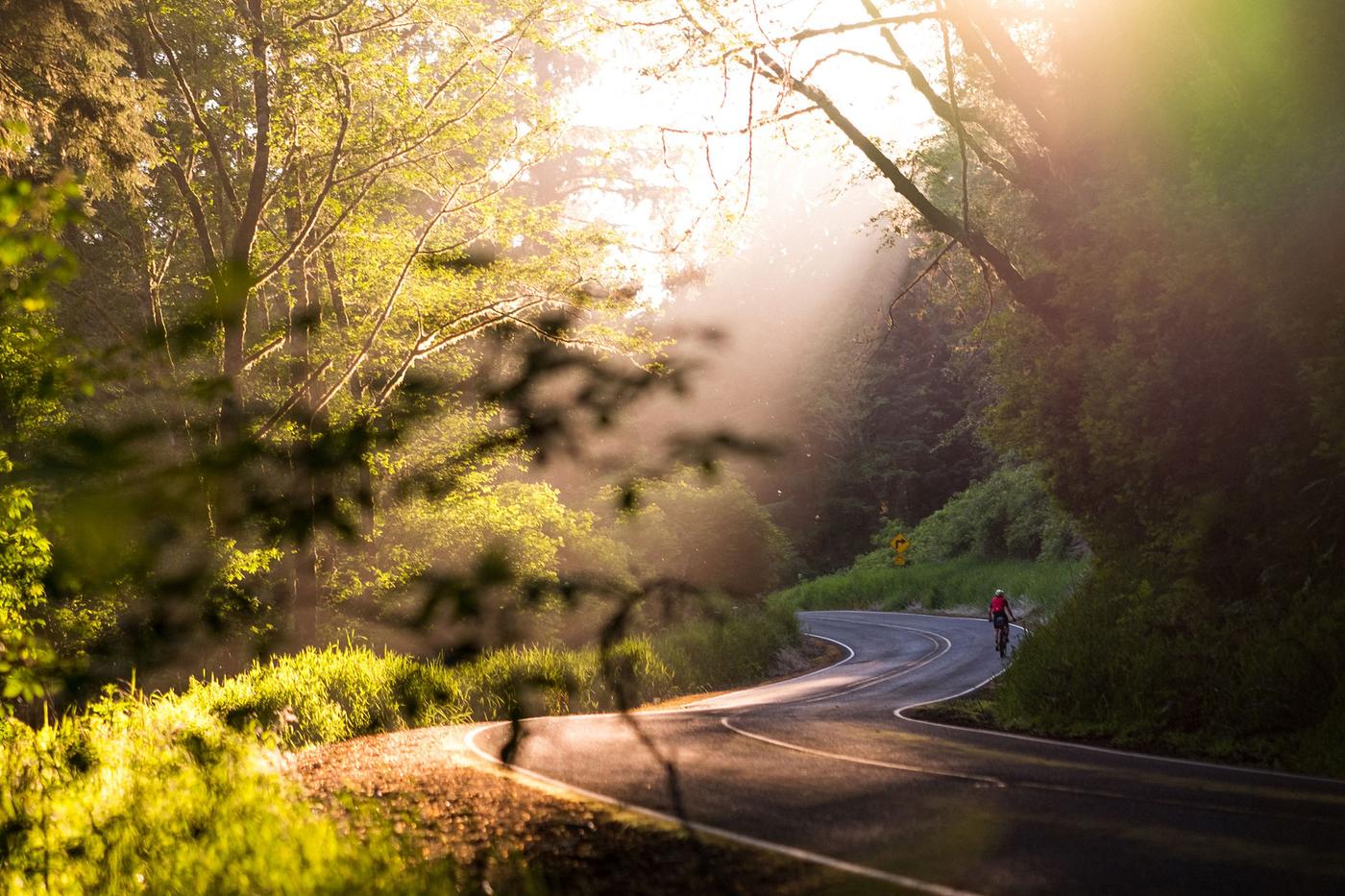 The distance of the route (~350 miles) was chosen as a means to be long enough to provide a challenging multi-day event, while also allowing for a tour that could be done in under a week. However, with multiple loose gravel climbs that gain over 2,000 feet and periodic pitches over 15%, the 32,000+ feet of elevation gain leads to some slower-than-expected miles and certainly makes the route feel a lot longer than the 350-mile figure, even if most of the route is technically ‘rideable.’ 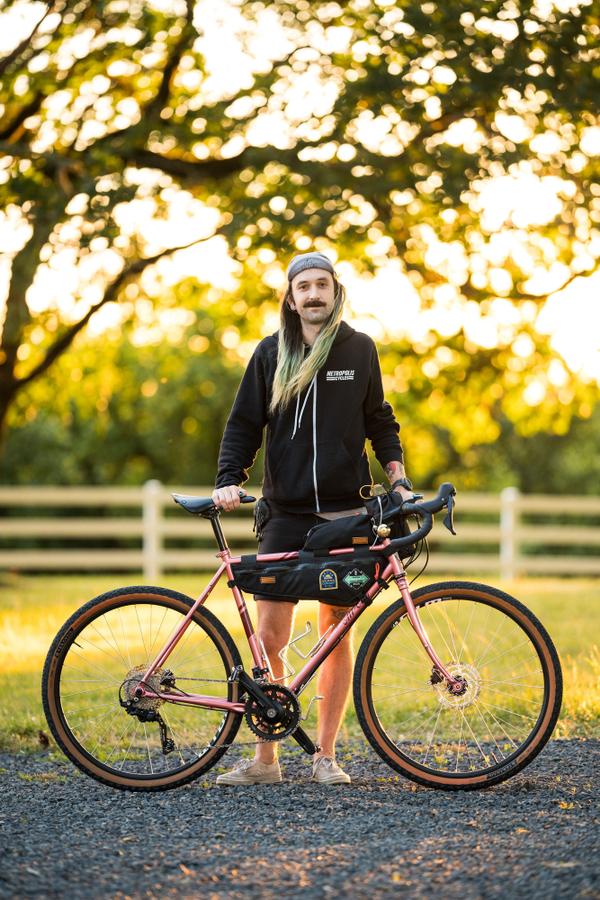 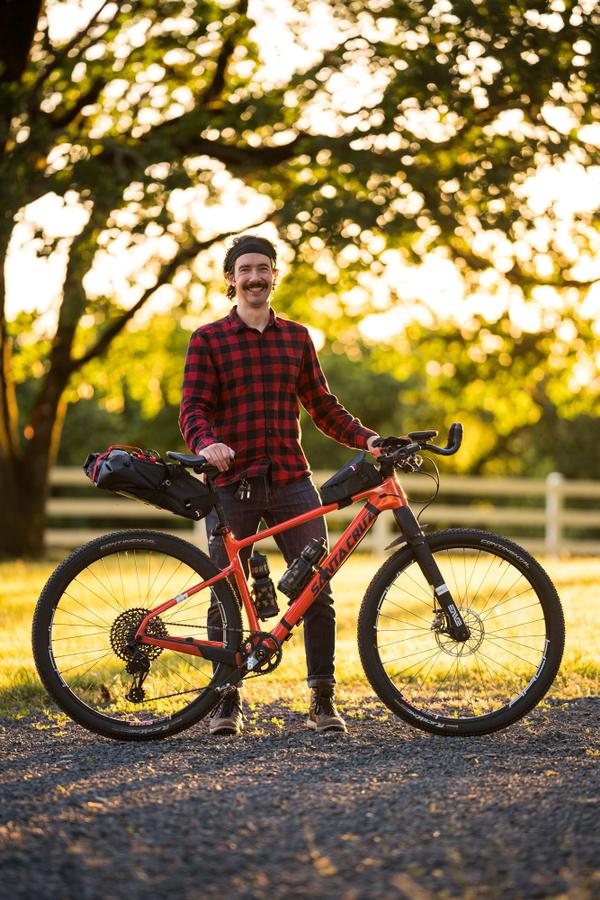 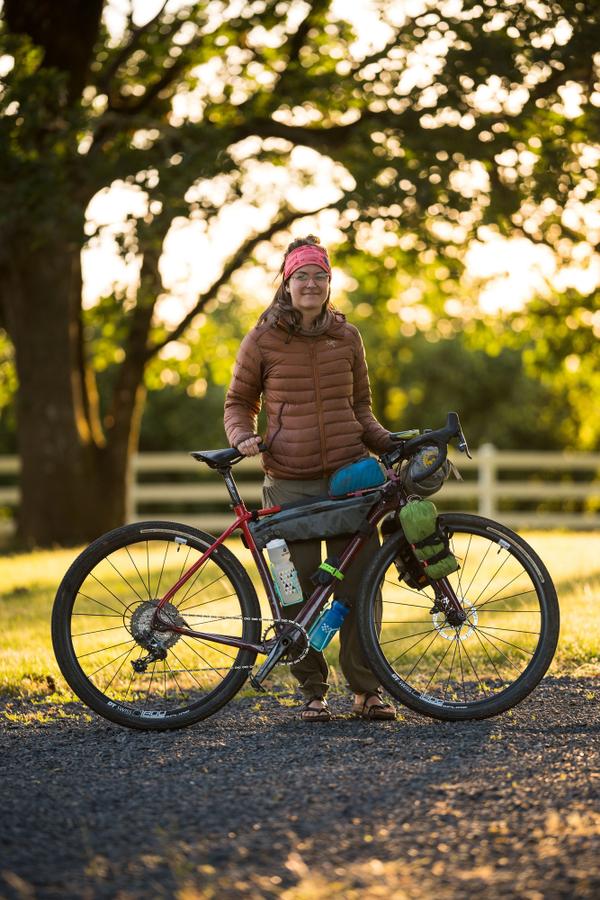 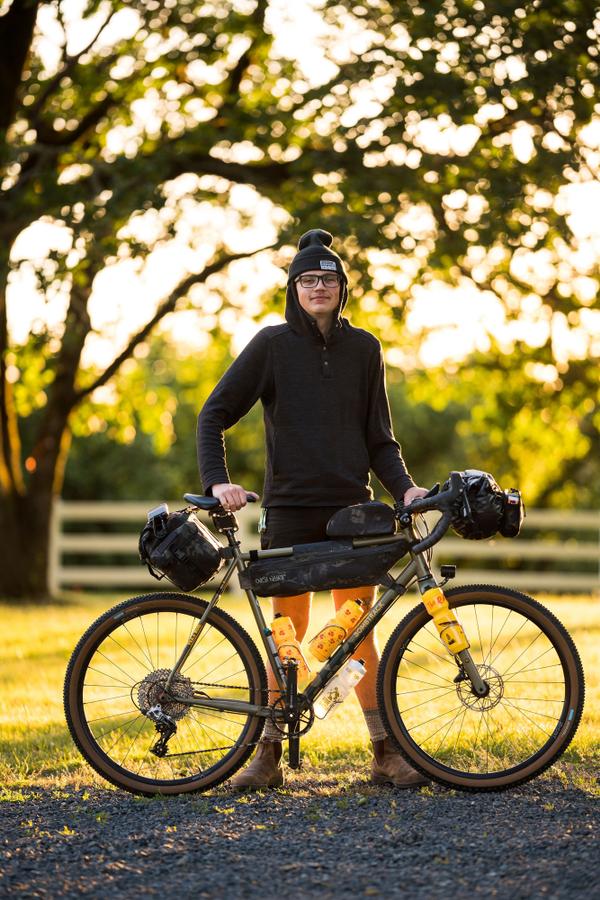 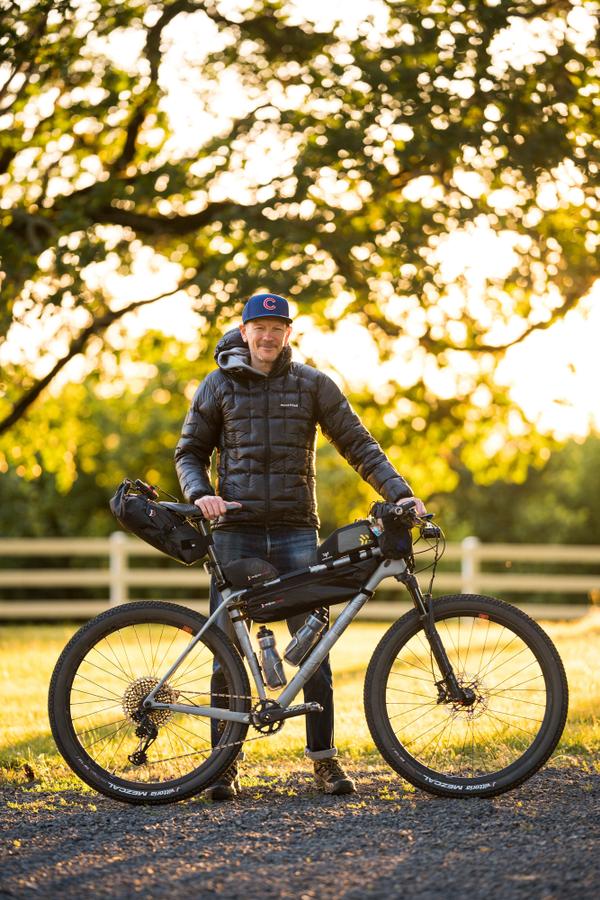 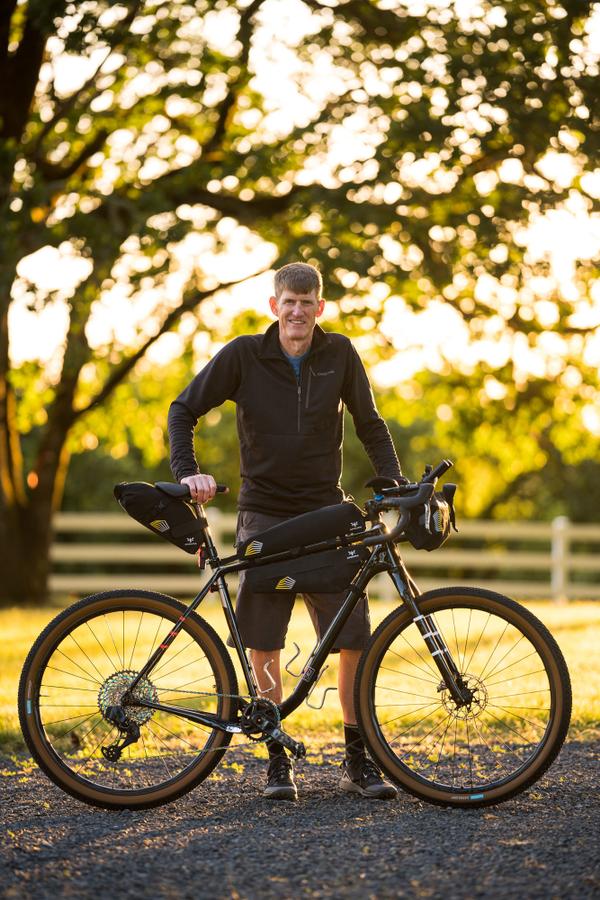 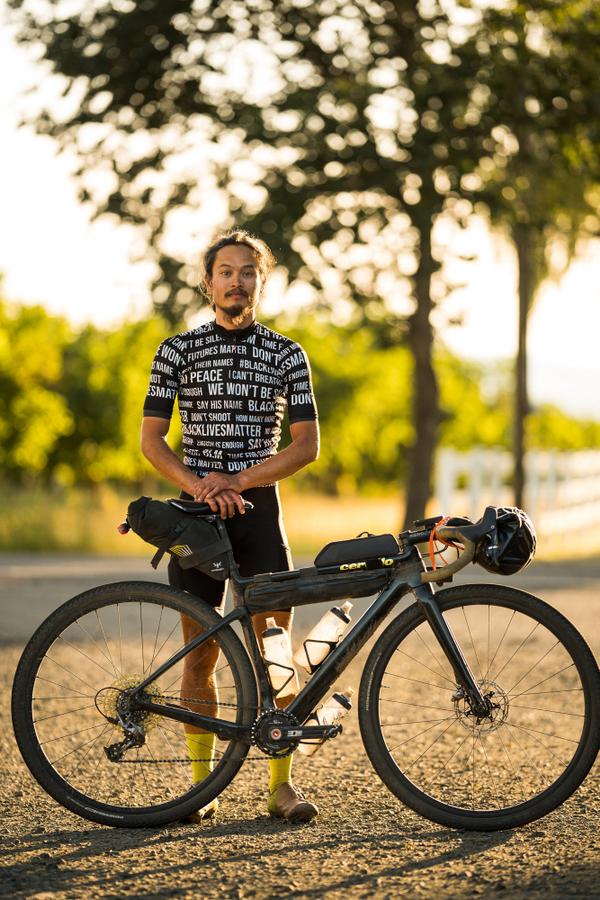 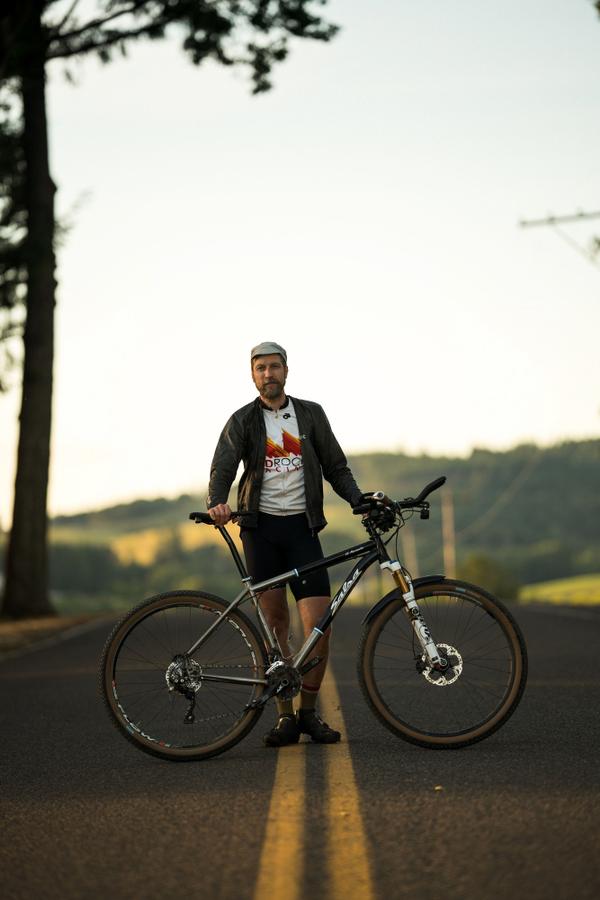 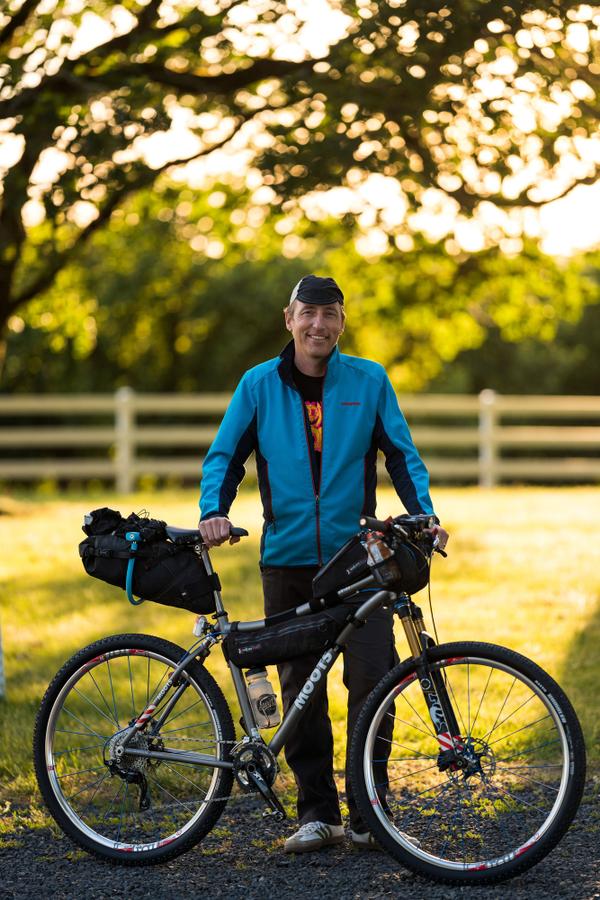 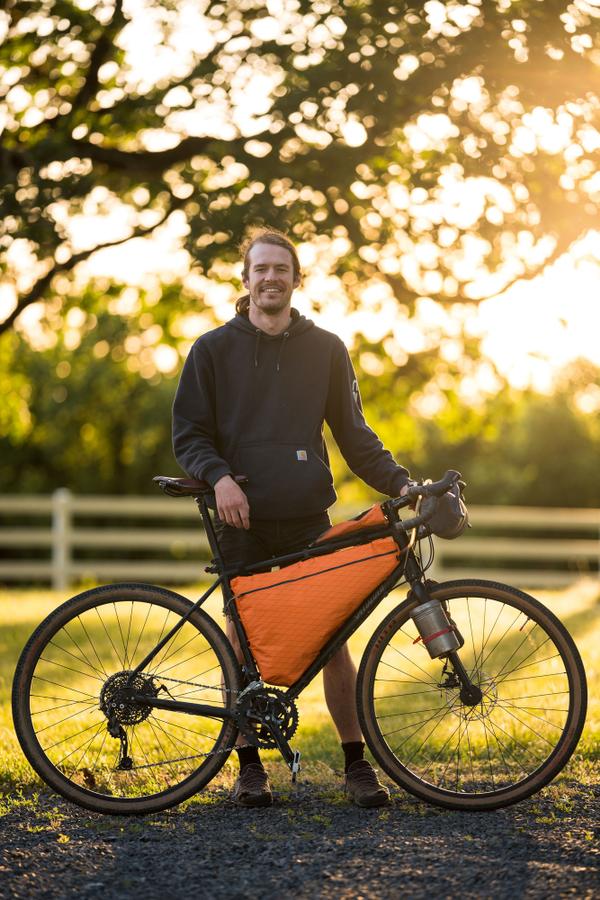 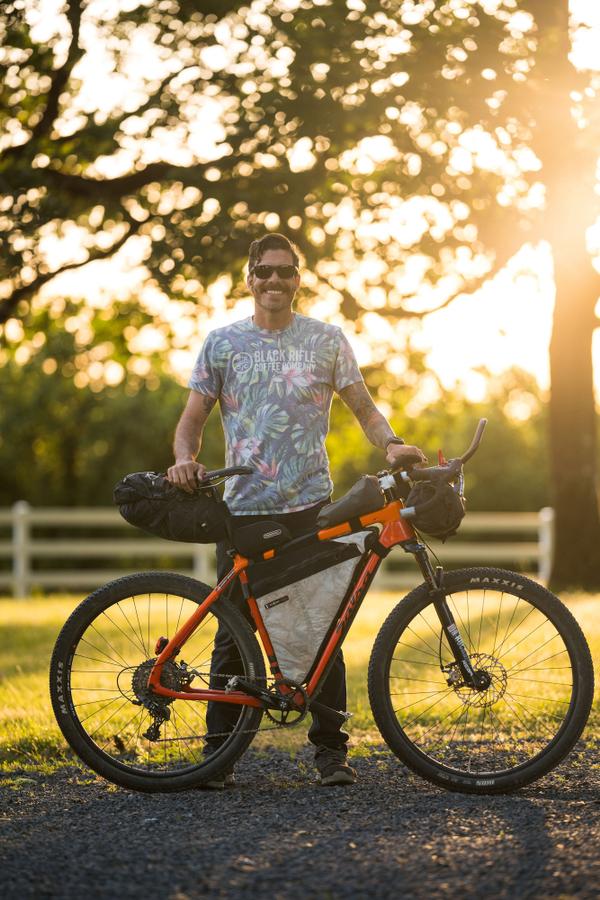 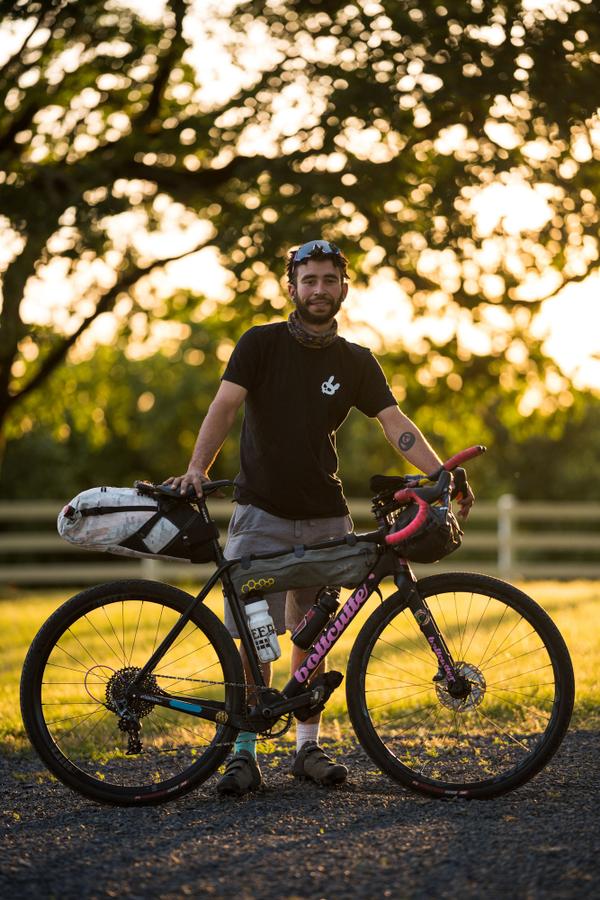 Of course, before the Grand Depart, both Ben and I couldn’t help but do our own race of the route – called an Individual Time Trial (ITT) – with the justification that through ‘racing’ the route we could

1) make sure the route was 100% accurate and
2) set a competitive time for the Grand Depart riders to chase.

Ben did a short ITT recap of his experience on the route, which can be found here for anyone looking for some of the nitty-gritty details about the route itself. 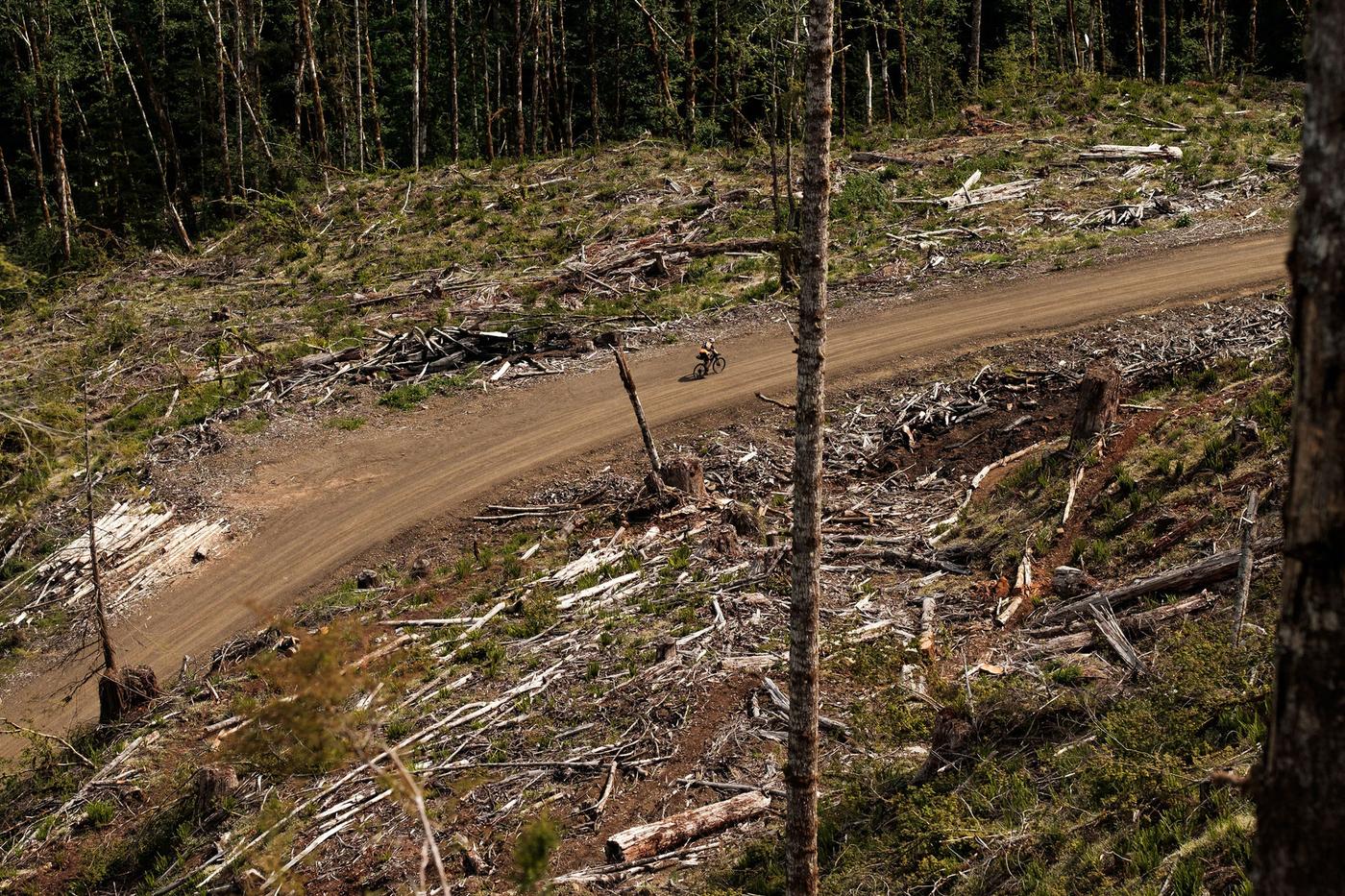 On May 29th, 2021 the inaugural Grand Depart for the Odyssey of the VOG found 20 ambitious riders at the start line. The list of adventure seekers ranged from seasoned bikepackers to fresh faces of the unsupported bikepacking scene. Within the first 20 miles the riders were introduced to the first of nine lengthy, and steep climbs. Working as the media crew with Eric Thornburg, I was positioned halfway up that climb to capture footage as everyone rode by. Spirits were high during the first climb, and through the next few days of covering the event I was always greeted by everyone with a warm smile. Of course, I was told by many that they weren’t thinking so fondly of Ben and I during some of the subsequent climbs. Naturally, this is standard fare as an event director of such punishing routes.

Of the 20 riders that started, the inaugural 2021 Odyssey of the VOG had a total of 12 finishers. Due to the nature of the route, the unexpectedly high temperatures, and general bikepacking occurrences, there were a number of flat tires, mechanicals, flat tires, injuries, flat tires, and time constraints that influenced the total number of finishers (did I mention the flat tires?). 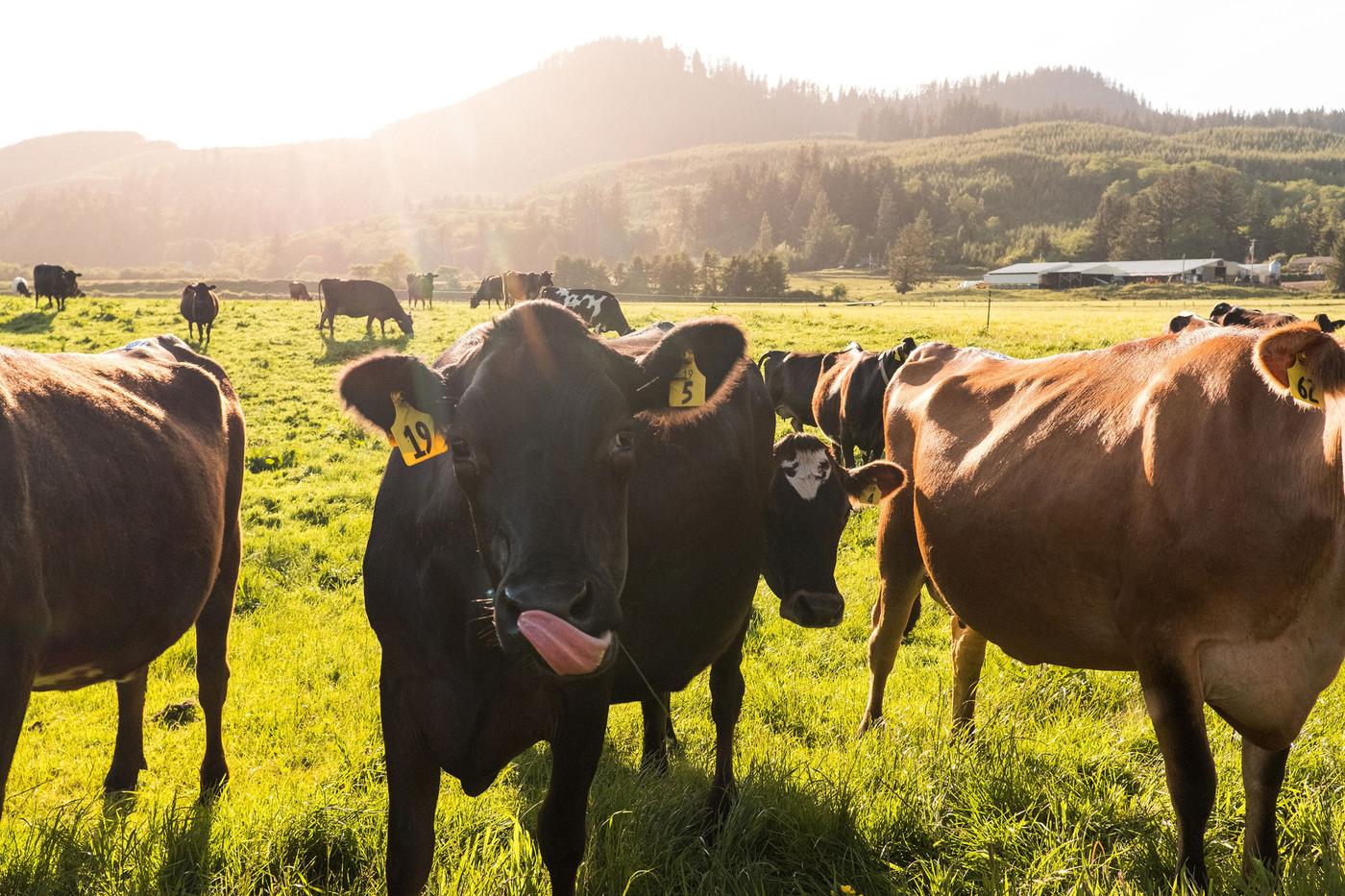 Ben and I are incredibly grateful for all of those who not only chose to challenge themselves in our inaugural event, but also helped to raise over $1,100 for the OTTA through merch sales and a raffle fundraiser. The funds will help support Oregon Timber Trail Association’s community building efforts, and their BIPOC/FTW/Q scholarship fund.

As participant Jonathan “JD” Deguzeman stated, the Odyssey of the VOG is a “Beautiful Struggle”. While we can’t say the struggle aspect of the event will change, we can say that the beautiful aspect is in direct relation to the bikepacking community members who have helped support the event through their time, donations, and generosity. 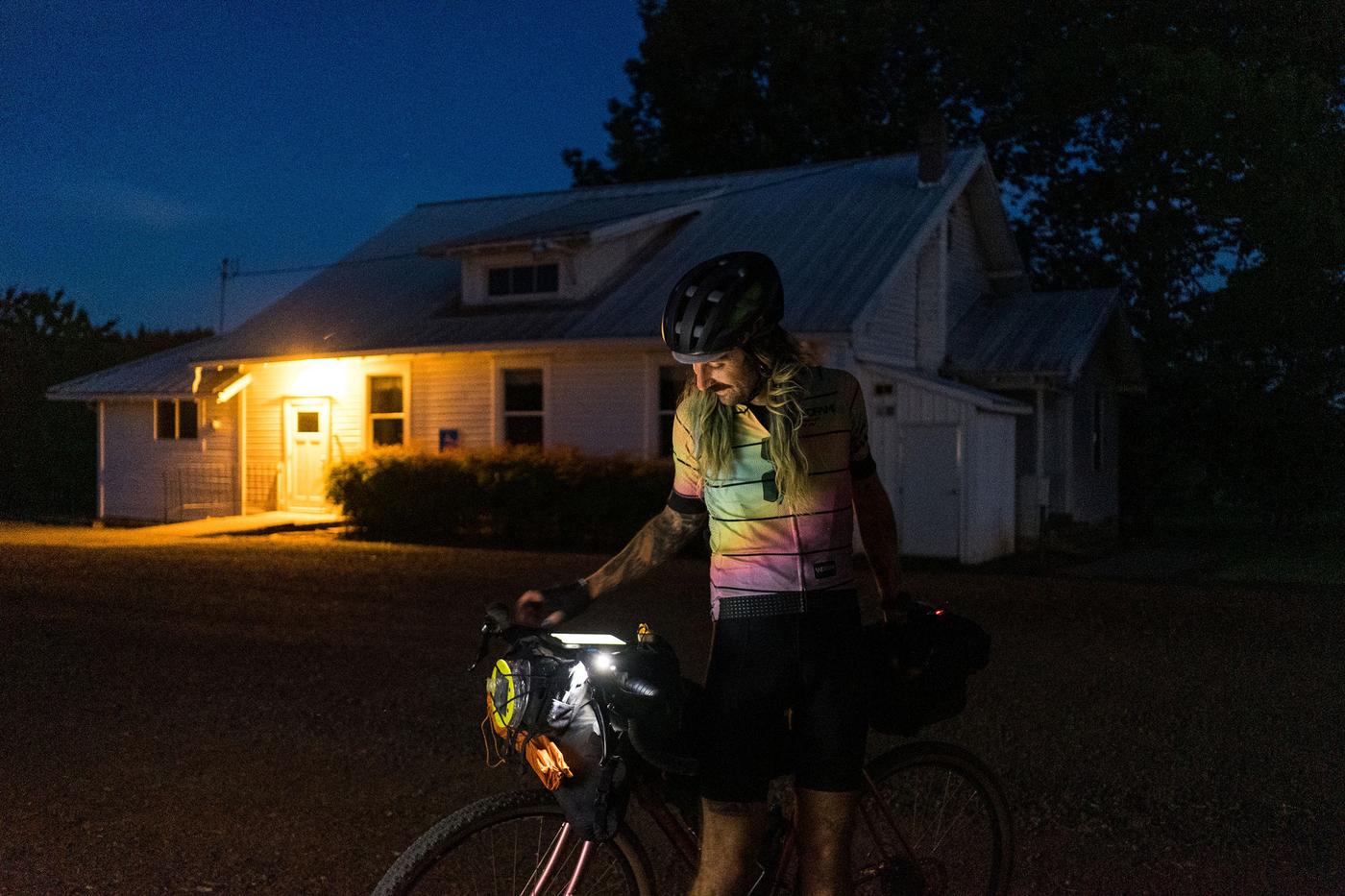 The media crew consisted of myself as the videographer, and Eric Thornburg as the event photographer. We spent the entirety of the event capturing footage of the participants in order to share a brief glimpse into the event and experiences endured by the riders. 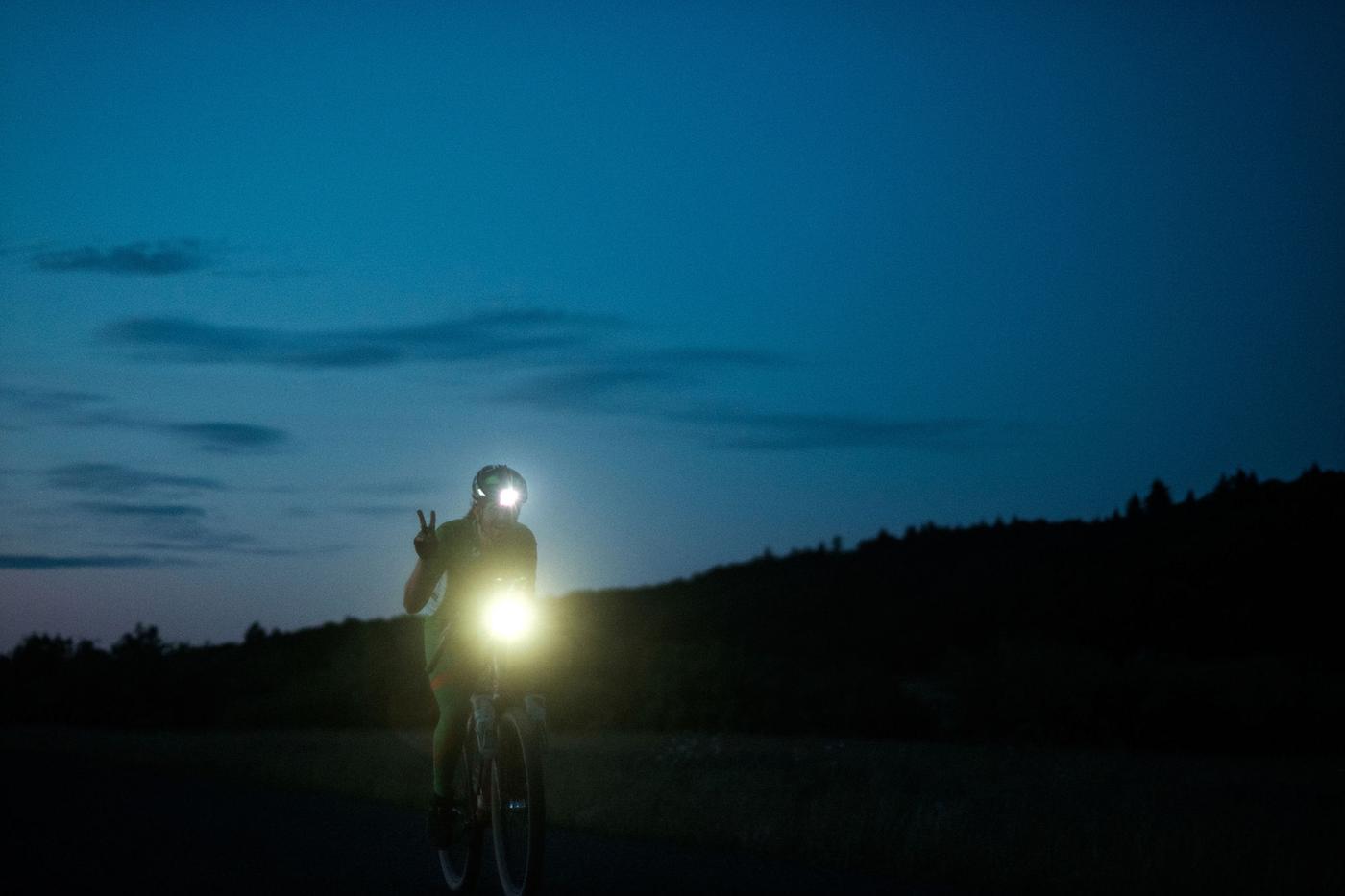 We would like to say a special thanks to Rodeo Labs, Bike Peddler, and Anthm Collective who were the primary supporters of making the event happen.

In addition, we would also like to thank the following companies who partnered with the Odyssey of the VOG to provide goodies for our raffle fundraiser to benefit the Oregon Timber Trail Association:

If you would like more details about the Grand Depart, our weekender routes, or anything VOG, head on over to our website at odysseyvog.com