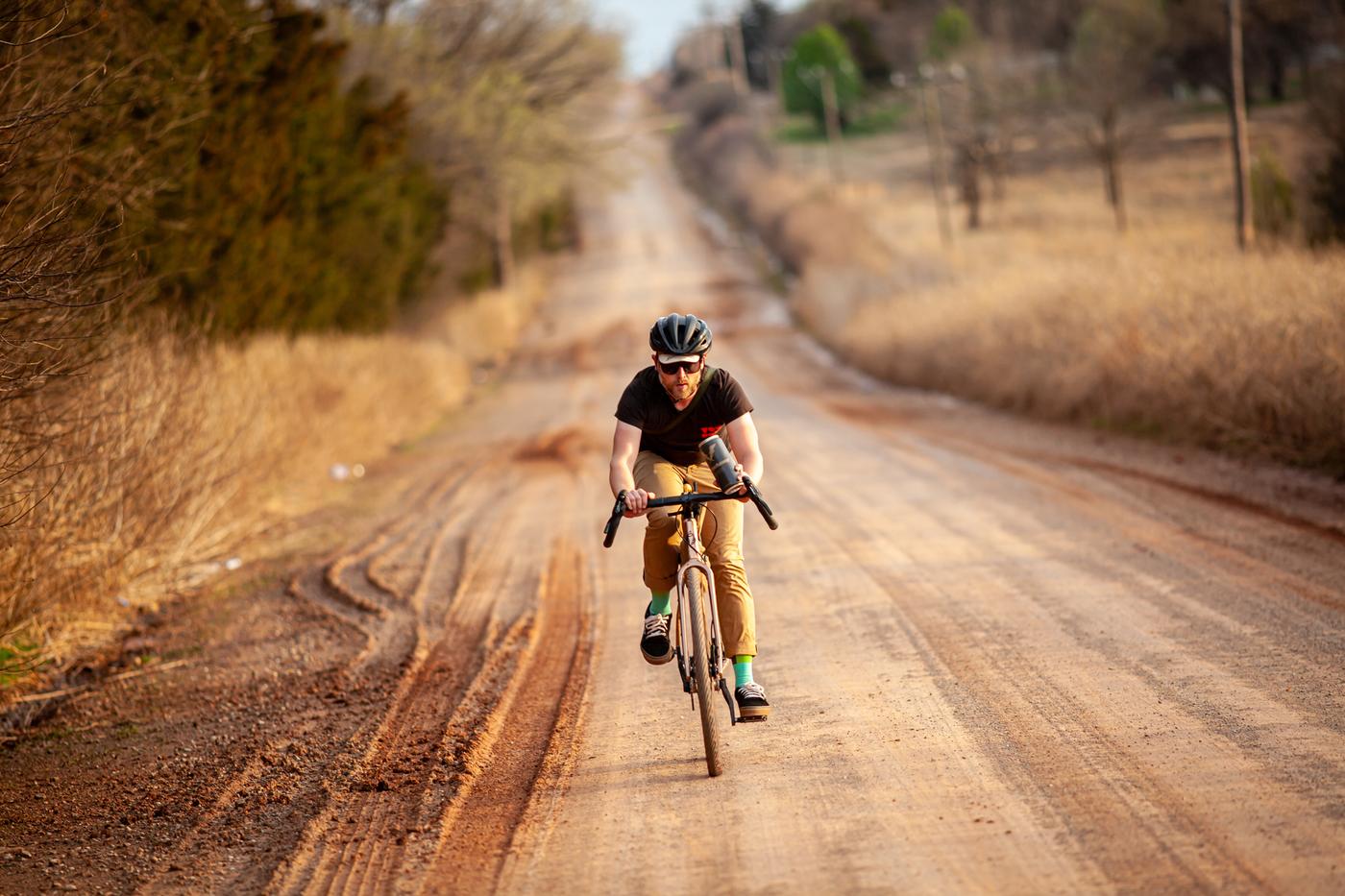 The Mid South: a 100-mile gravel race across the rolling, red-dirt hills of Oklahoma. Yes, it happened. At this point, you’ve probably seen some coverage from this year’s race. It was certainly hard to miss. The cycling world is quite small, and even smaller when you look at the media coverage—social and otherwise—of cycling at any given moment. There’s a strong chance that you may know or follow someone who participated in this year’s race, which took place on March 14th. And there it is, the date. A day that straddled the razor-thin line of “what could happen” and “what should happen.”

Let’s look back. On January 20th, the United States confirmed the very first case of COVID-19. Did you know it then? In January, the novel coronavirus was merely a world news headline for many of us. It seemed distant and abstract. Our nation’s leadership was, unsurprisingly, very quiet. At the time, I was booking airfare to not just attend this year’s Mid South, but to work the event as a relief mechanic helping District build participants’ bikes.

Fast forward to March 1st. 30 cases, including the first death, were reported in the United States. But America’s workforce still woke up every morning as usual, and you could easily walk into a pharmacy and purchase hand sanitizer or sit down and have dinner at your favorite restaurant. Schools were in session and events were still on schedule, including bike races. 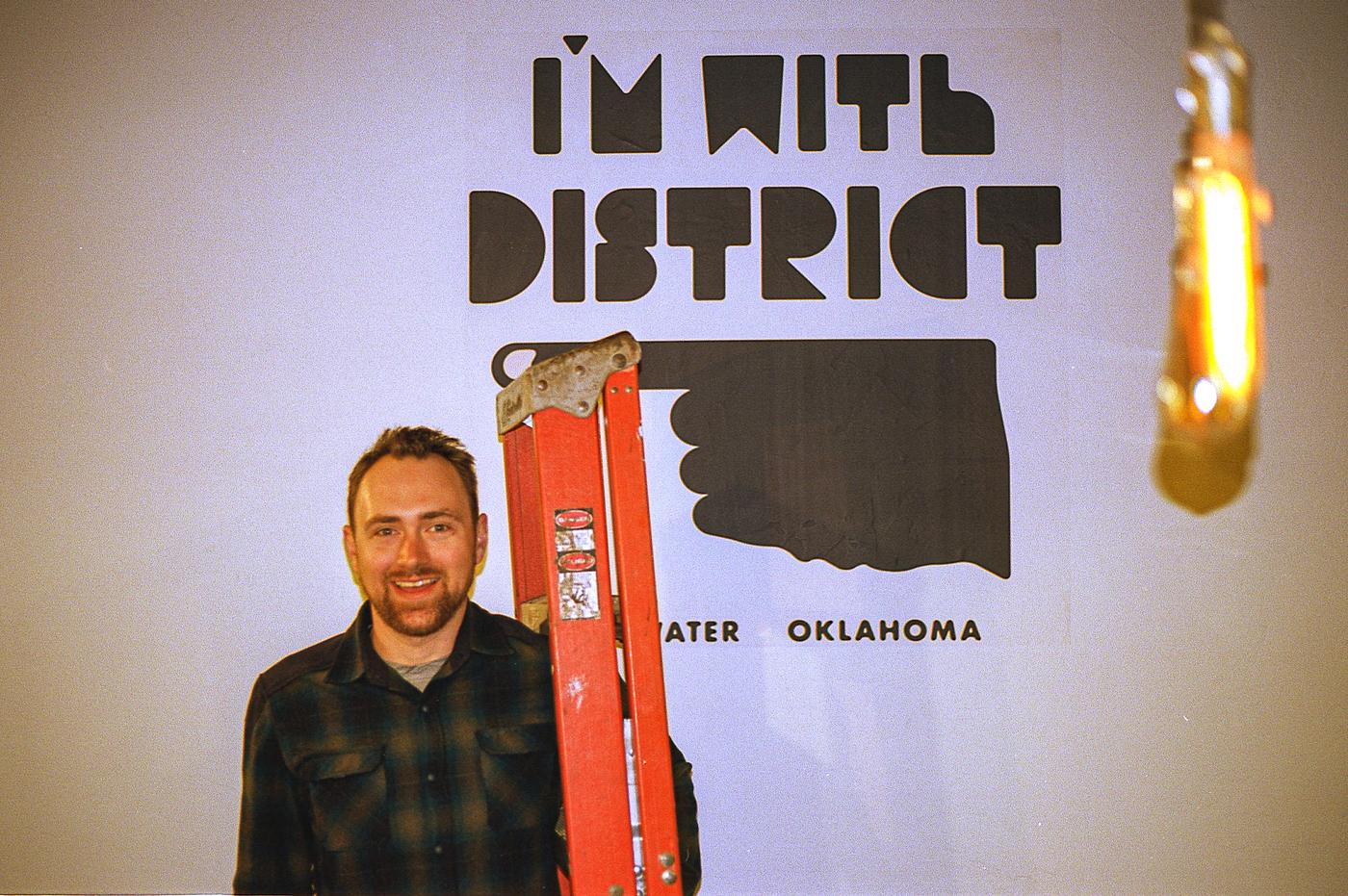 Now jump to March 7th, just one week later. Mid South is still slated to happen. COVID-19 has grown from 30 cases to 279, and Oklahoma’s first case was reported in Tulsa the day before. I, meanwhile, land in Stillwater and get to work. There are boxes of bikes stacked to the ceiling, and construction of the finish line is happening in front of the shop. Sally, Mid South’s Event Manager and organizational Godsend, runs all over town, making sure that everyone is on the same page for the week’s itinerary. There are volunteers everywhere, and the local bars and coffee shops are stocking up for the expected 6,000-person influx. We are, as Bobby Wintle would say, “full gas.”

It’s amazing what can happen in a week.

Wednesday night, less than 48 hours before Mid South begins, confirmed COVID-19 cases in the U.S. have reached around 1,100 and are still rising. Roughly half of the participating riders have descended onto Stillwater, while the other half, as well as several vendors and media, have canceled. Bobby is laying in the middle of his kitchen floor, and he is not breathing right. His face is red and his eyes are watering. I’ve never seen someone so stressed. With a green light from the local health department, the race is still on. It’s happening. 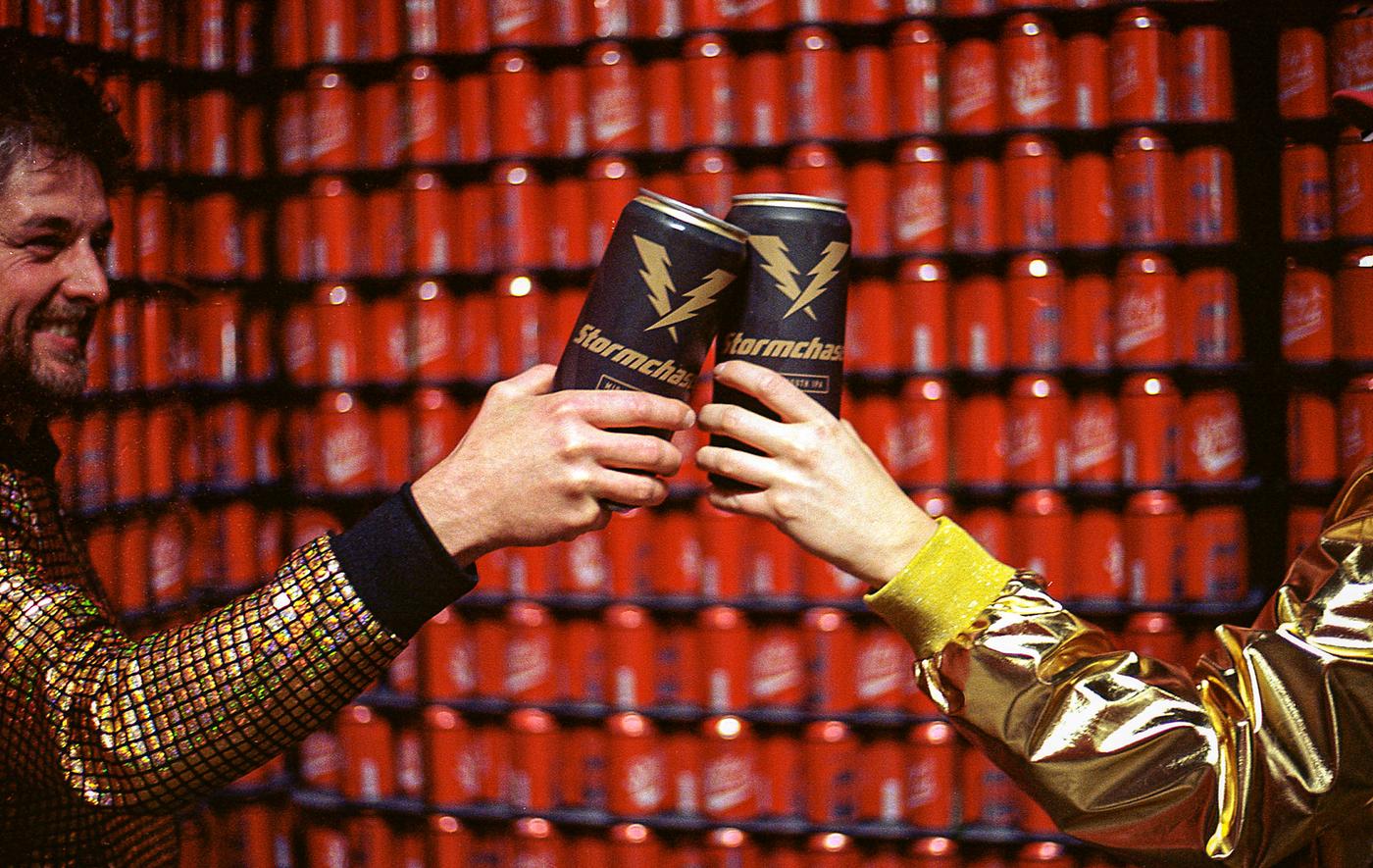 To be honest, I was surprised. I still am. I believed that a last-minute cancelation was going to happen, but as we know, it did not. So much goes into an event like Mid South. It’s a real labor of love, and takes a toll on the lives of all involved. Much of Stillwater’s local economy relies on it. So, I do not envy having to make the call to cancel or not. It was a classic “damned if you do, damned if you don’t” situation. I didn’t sleep much during those nights leading up to the weekend.

March 14th, race day. The morning of the event was met with heavy rains, lightning, and temperatures in the 30s. It was going to be a muddy year, and the mood of the entire race was fun, but anxious. Old friends and riding partners changed their greetings from “how are you?” to “how are you feeling?” Hugs were replaced with elbow bumps and awkward arm movements. Everyone’s hands were brittle from all of the soap and sanitizer. But we were there. We wanted to be. At the time, it seemed wrong but felt right, while it also seemed right but felt wrong. It was as if people’s FOMO was battling with their fear of getting sick. It was confusing, to say the least. 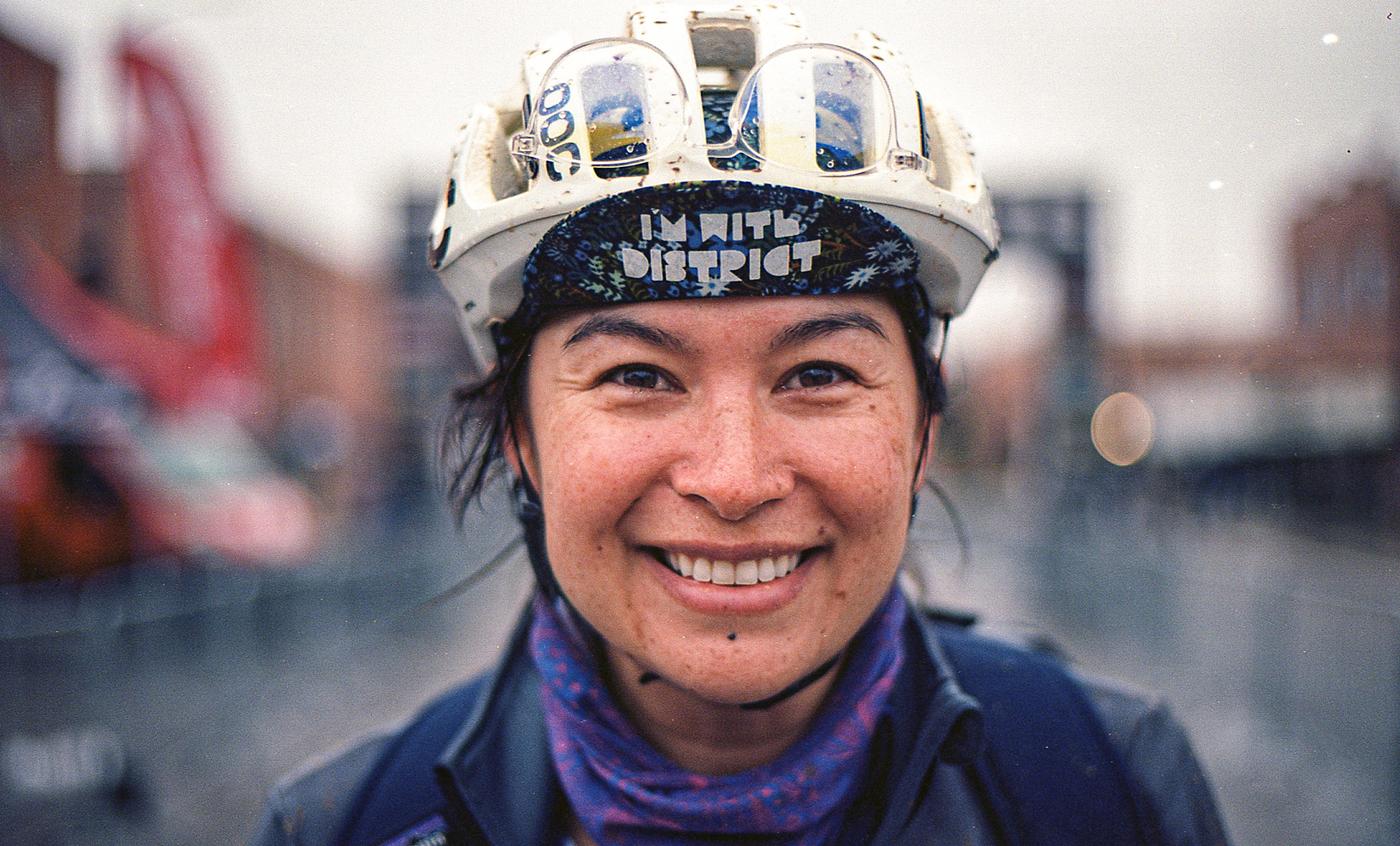 The day went as you’d expect for a rainy year. There were a lot of early arrivals and riders pulling out, which meant the shop was consistently busy. I parked myself at a workbench, assessing the damage of one broken bike after another. I’d occasionally check the scene at the finish line. It was muddy mayhem. It was supposed to be a “no hug” situation at the finish line (Bobby is known to give everyone that finishes a huge hug), but that mostly went out the window, especially when the crew had to catch riders coming across who lacked functioning brakes. 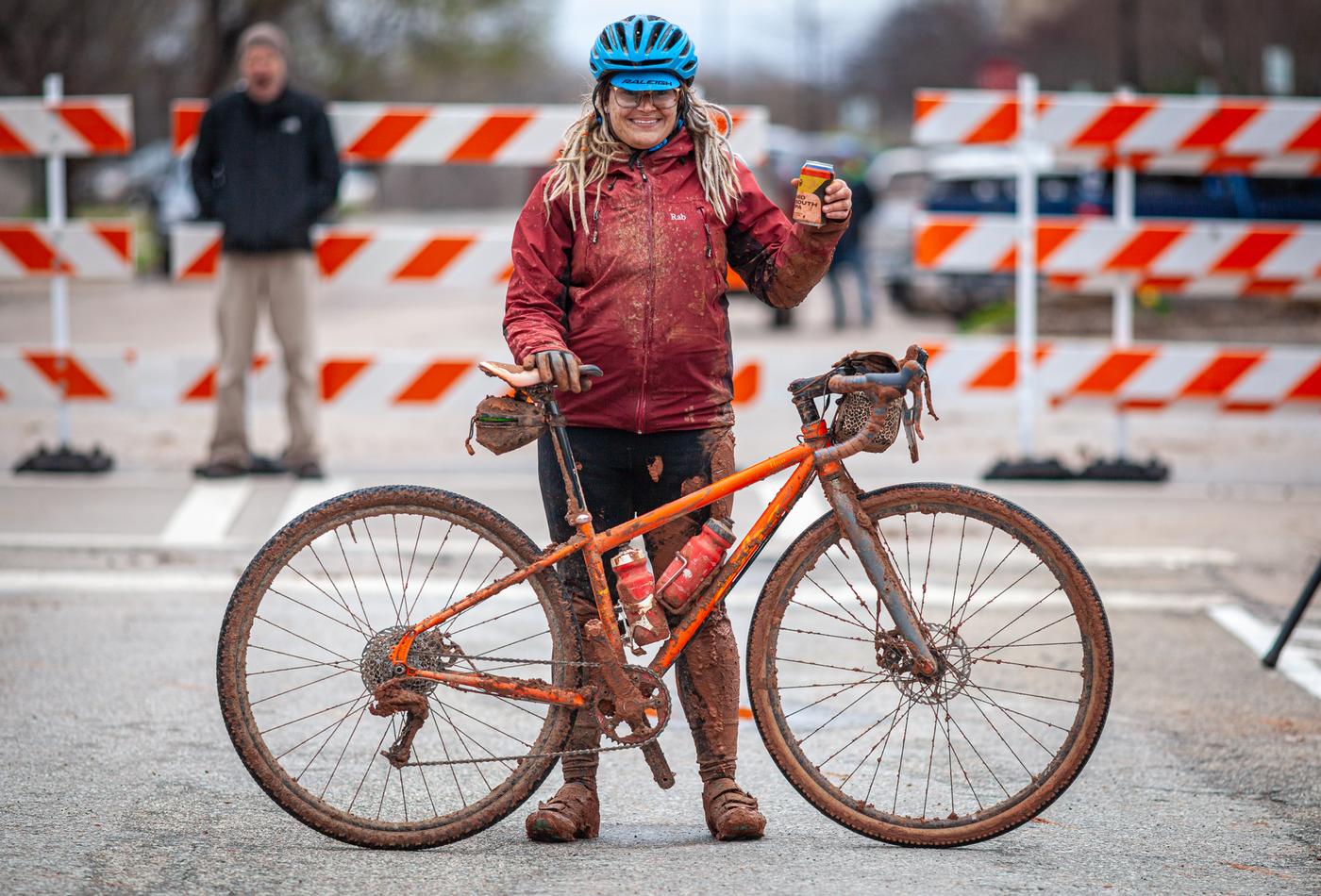 The whole thing was a fabulous mess. No one was clean, no one was warm, but everyone was happy to be there and to be together. That’s the real charm of the Mid South. It isn’t so much a race, but a family gathering. I often think back to my first year participating in the race, and how the first, second, and third-place finishers stopped to get their photo taken together at Salsa Cycles’ chaise lounge photo booth before racing each other to the end. That just doesn’t happen! 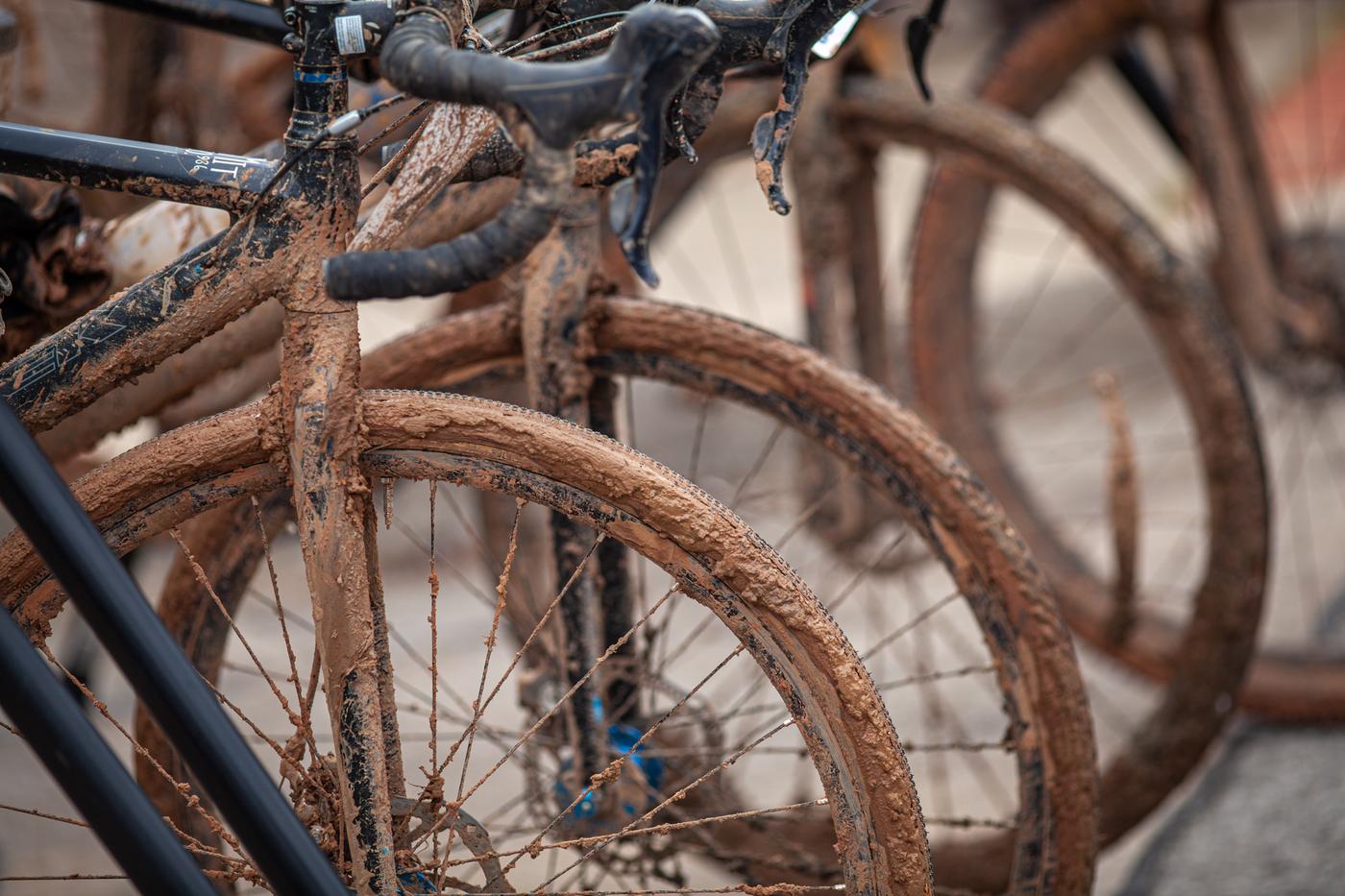 As the day drew to a close, cold crept back into the air. The crowd, which was probably a little less than half of what was expected, disappeared. For many, the race was over, and it was time to do what we all needed to be doing: isolating. Any other year, downtown Stillwater would be bustling. The finish line would be a small party, and the few late-night establishments in town would be well into their busiest and potentially most profitable night of the year. But it’s 2020, and normal isn’t a thing anymore. The few of us who were still working used our last shreds of energy to cheer on the DFL finishers before packing up and heading to bed. The doors were locked at District for the following week. I canceled my flight, rented a car, and drove the 20 hours home, where I am now—and have been since, healthy and symptom-free. 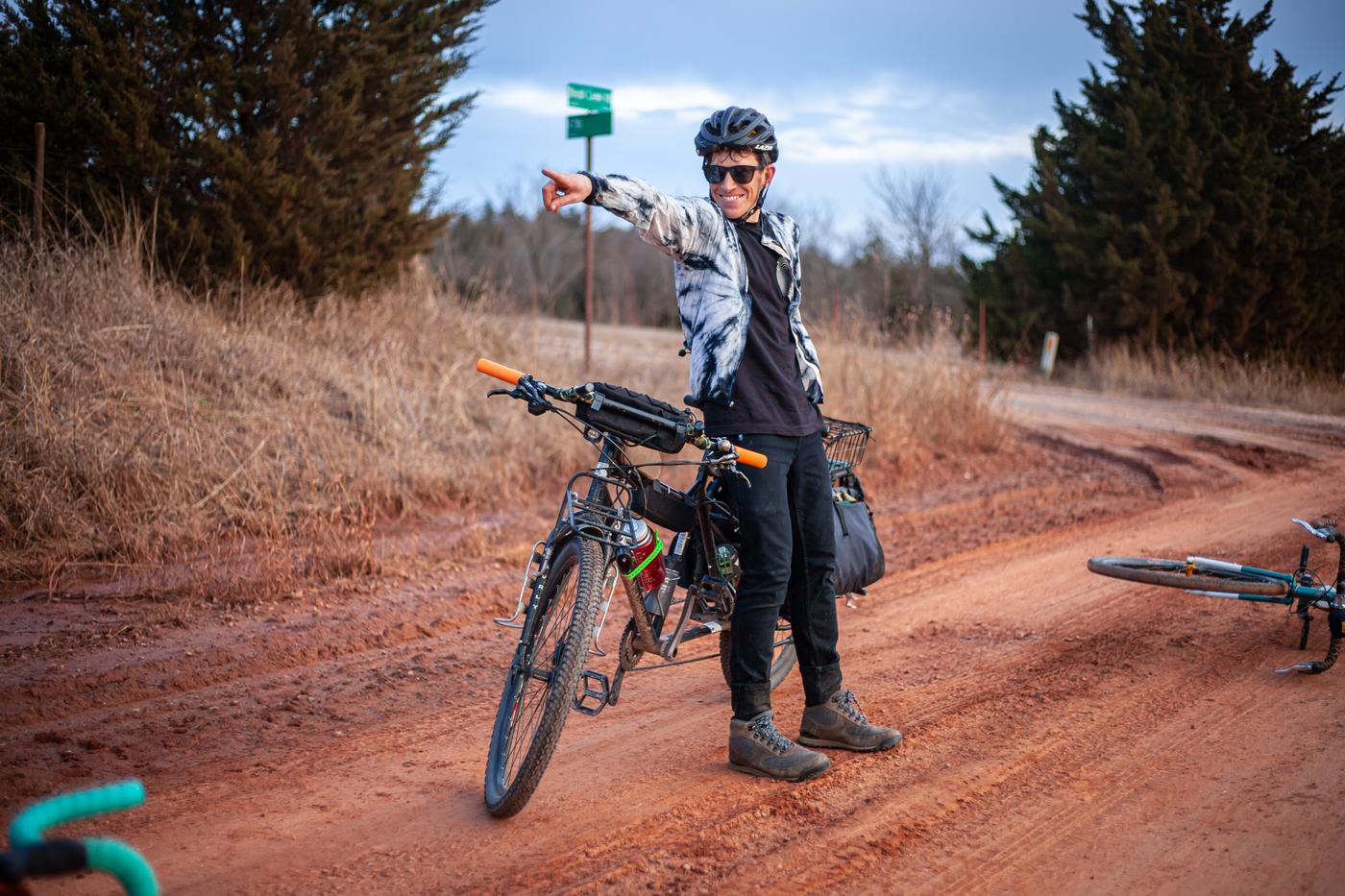 Despite this changing landscape, there is one thing that remains constant in Stillwater: the red-dirt roads and the community of riders there. At the heart of it all is a shop owned and staffed by extremely intelligent, energetic, and wonderful people. District Bicycles is a home away from home, not just for me, but for a lot of people. I never knew that Oklahoma would become a place that I look forward to visiting, but when the gravel riding is some of the best in the country, and every night ends with a hug and an “I love you,” it’s magical. 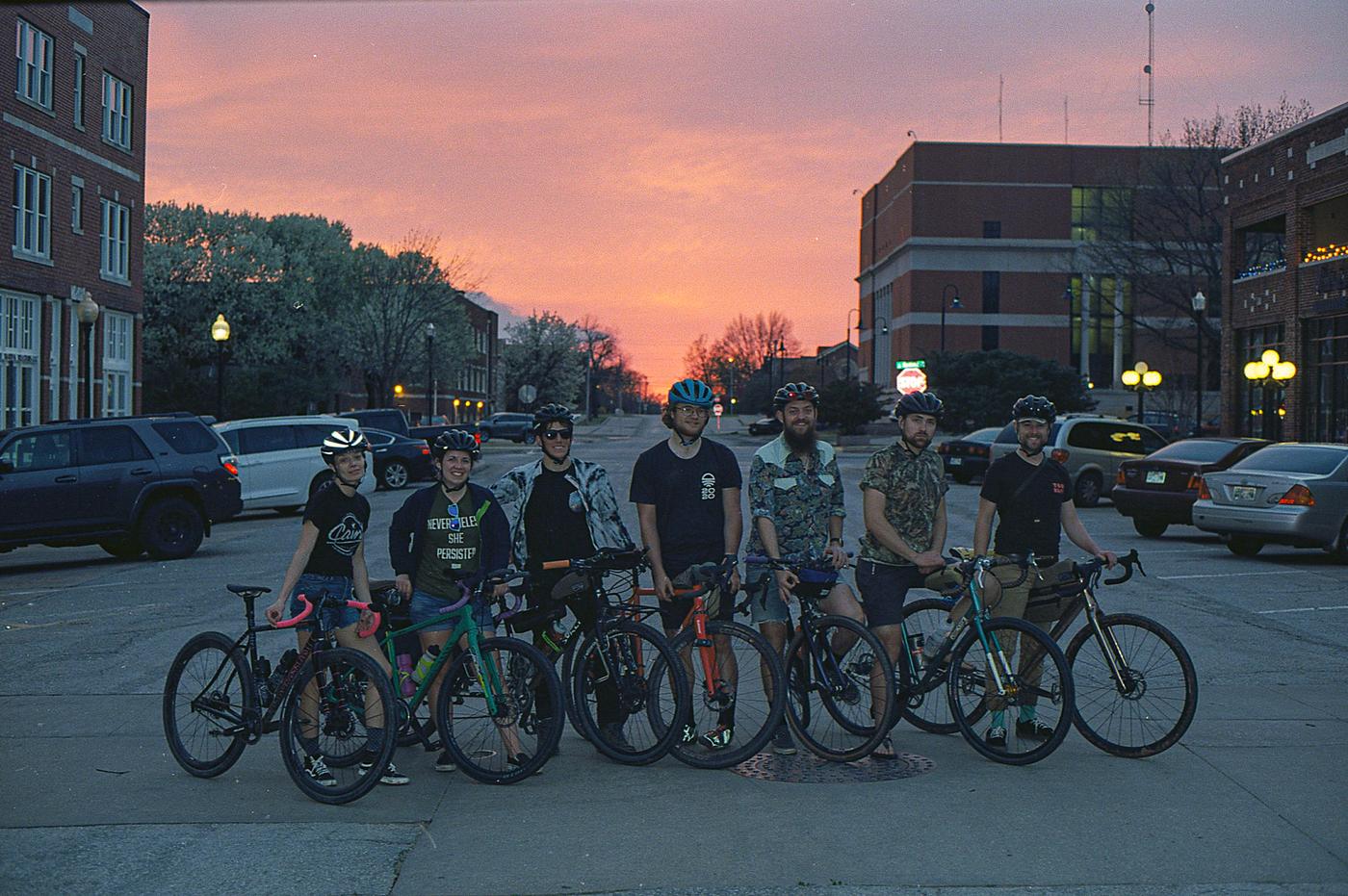 That’s why I decided to go to Mid South. That’s why I stayed and supported their decision to continue. From a public health perspective, I’m not particularly proud of what it means to have participated in the event, especially with what we know now about COVID-19. Even still, I am proud of what District Bicycles has built over the years. Good people have to make hard decisions sometimes. It sucks, but it happens. As I scroll through all of the photos I took, I think about how, on the other side of this, we will be together again, riding with the wind on our backs, chasing the sun, on this planet or the next. Or, if it’s all gone forever, how we will always be able to look back and remember how good it was.