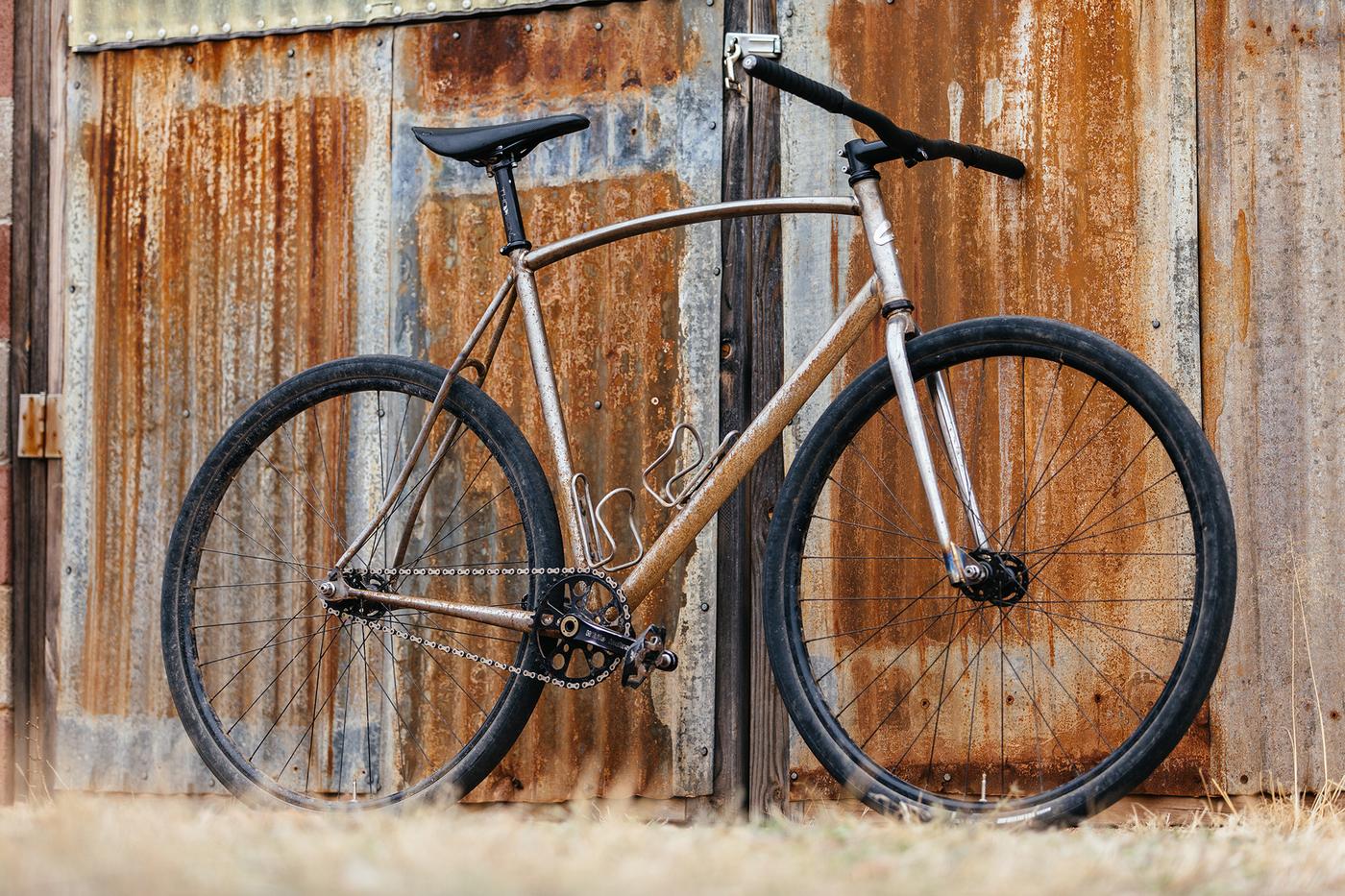 While Ronnie’s bike appears to have been plucked out of the Path Racer catalog from the UK in the 50’s with its tall headtube, fist full of seat post and 650b tires, Adams really does look like an urban fixed gear with its swoops, unicrown fork, and shaped chainstays. In 2008, I would have loved this bike for the streets of NYC, yet it’s easy to see why it’s a fun bike to have in the countryside as well. 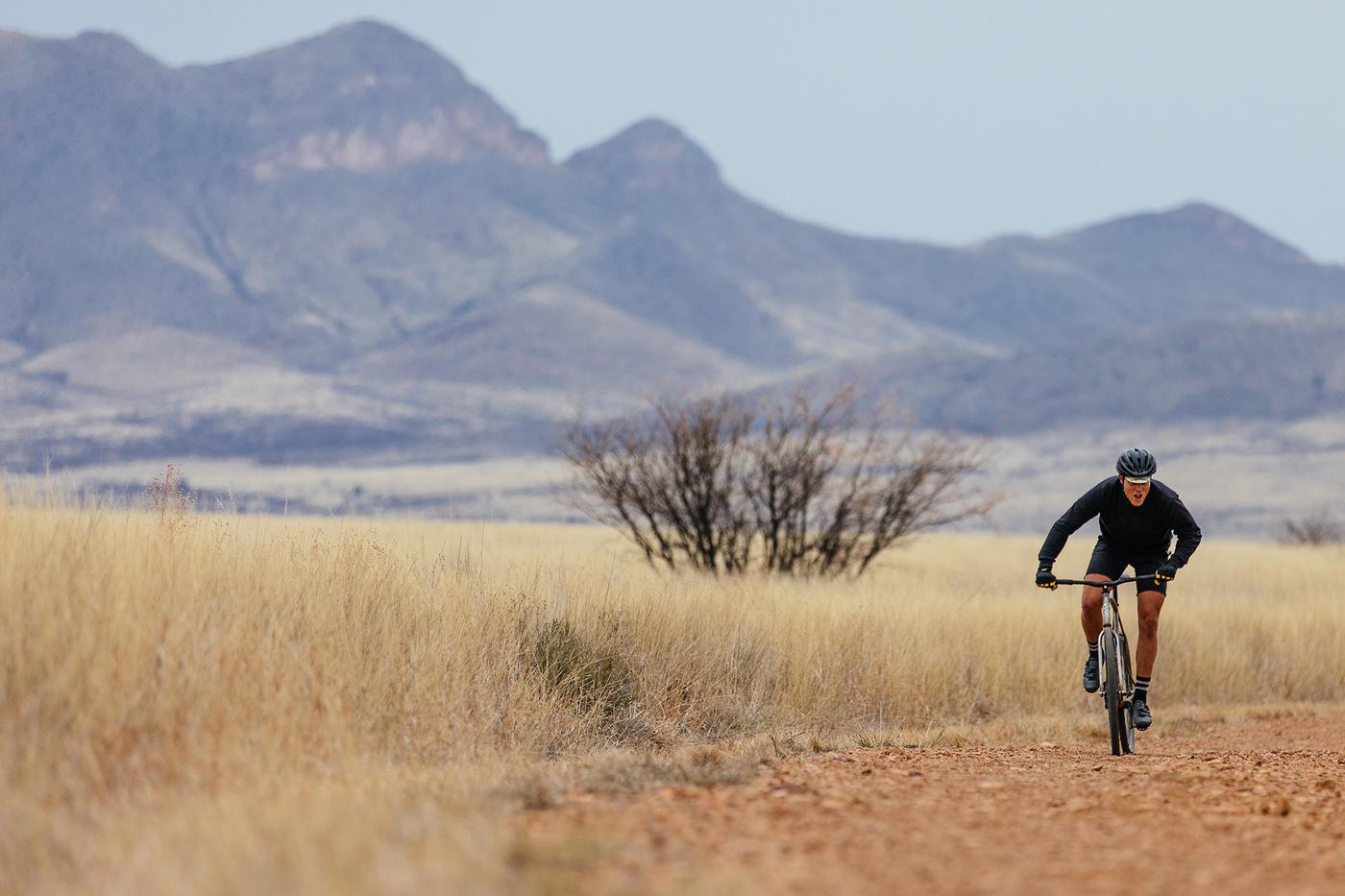 Adam has plans to paint this bike turquoise, as an homage to his time in Arizona this winter. At which point, we’ll be posting an updated portrait. As for right now, this bike has brought smiles – and a level of fitness only obtained by singlespeed riding – to Adam and when you make bikes for a living, any change to the mundane is always welcomed.