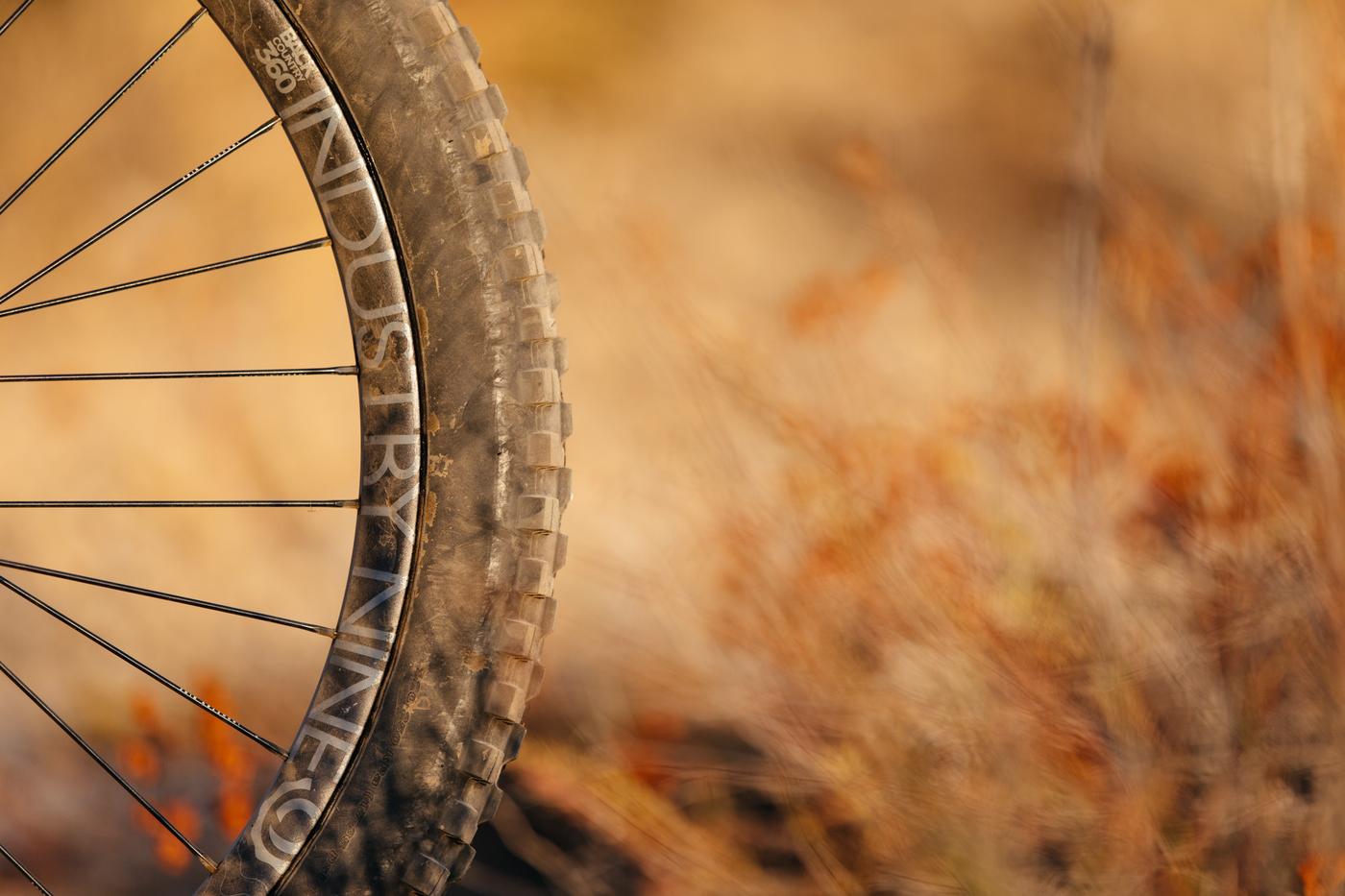 MTB wheels, especially the ones with aluminum rims, are easily the most abused product in my bike closet. They’re also the hardest to review, honestly. Reviewing wheels accurately and in a comprehensive way can be as elusive as a fast friend’s wheel in the woods. When Industry Nine gave me a set of their Backcountry 360 wheels, featuring their new Hydra hubs last year, I was amazed at not only the build quality of the wheels but the vast improvement of their newly-engineered Hydra hubs. Read on below.

My mountain bikes, much like my own physique, rely on a little extra cushion to soften the ride, thanks to a big, meaty tire. Don’t get it twisted, I don’t ride a hardtail to be fast. I ride hardtails because I like the connectivity to the trail and the challenges riding one in the San Gabriel Mountains offer. 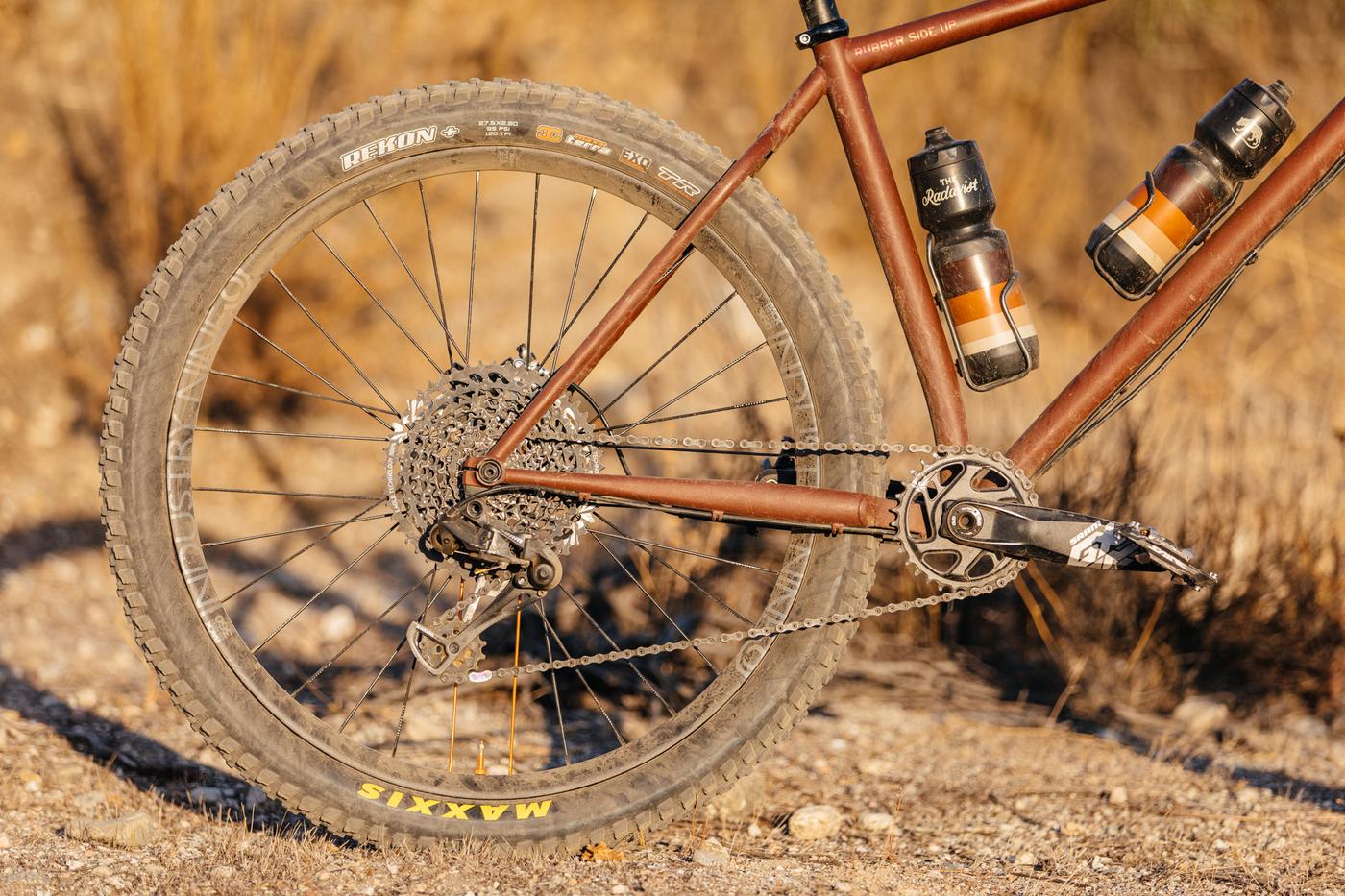 The San Gabriel range is rapidly growing and decomposing, thanks to their mostly granite composition. A small rainfall causes huge faces to fall onto the trail, scattering the familiar line with new, sharp rocks. Sometimes you can navigate the new pitfalls and sometimes you can’t. The meat of a 27.5+ tire can only take so much of the impact, leaving the rims to do a majority of the work for you. 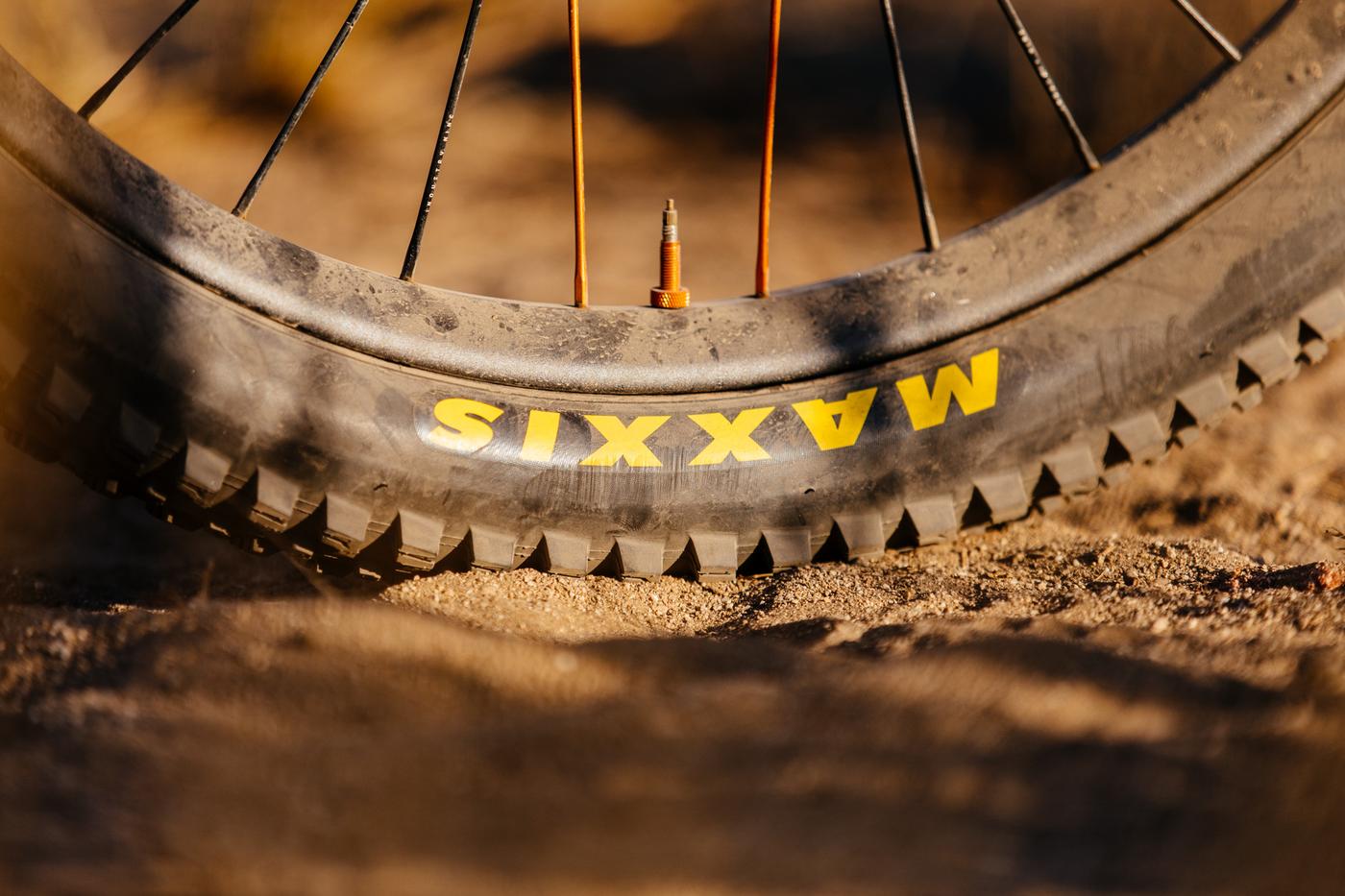 I don’t ride aluminum rims usually because I get tired of truing them and pulling dents, so I was a little reluctant to give these wheels a spin, yet they surpassed my expectations. My experience with them began in the Sonoran Desert and took me into the High Sierra, across to mountainous trails in Nevada, before coming home to SoCal. Surely in all that time, I would have delivered at least one ding? Nope. Admittingly, I did install CushCore in the rear wheel after I shot these photos but even up until that point, I was amazed at how resilient these wheels were. They remain as true as they shipped from I9 a year ago. 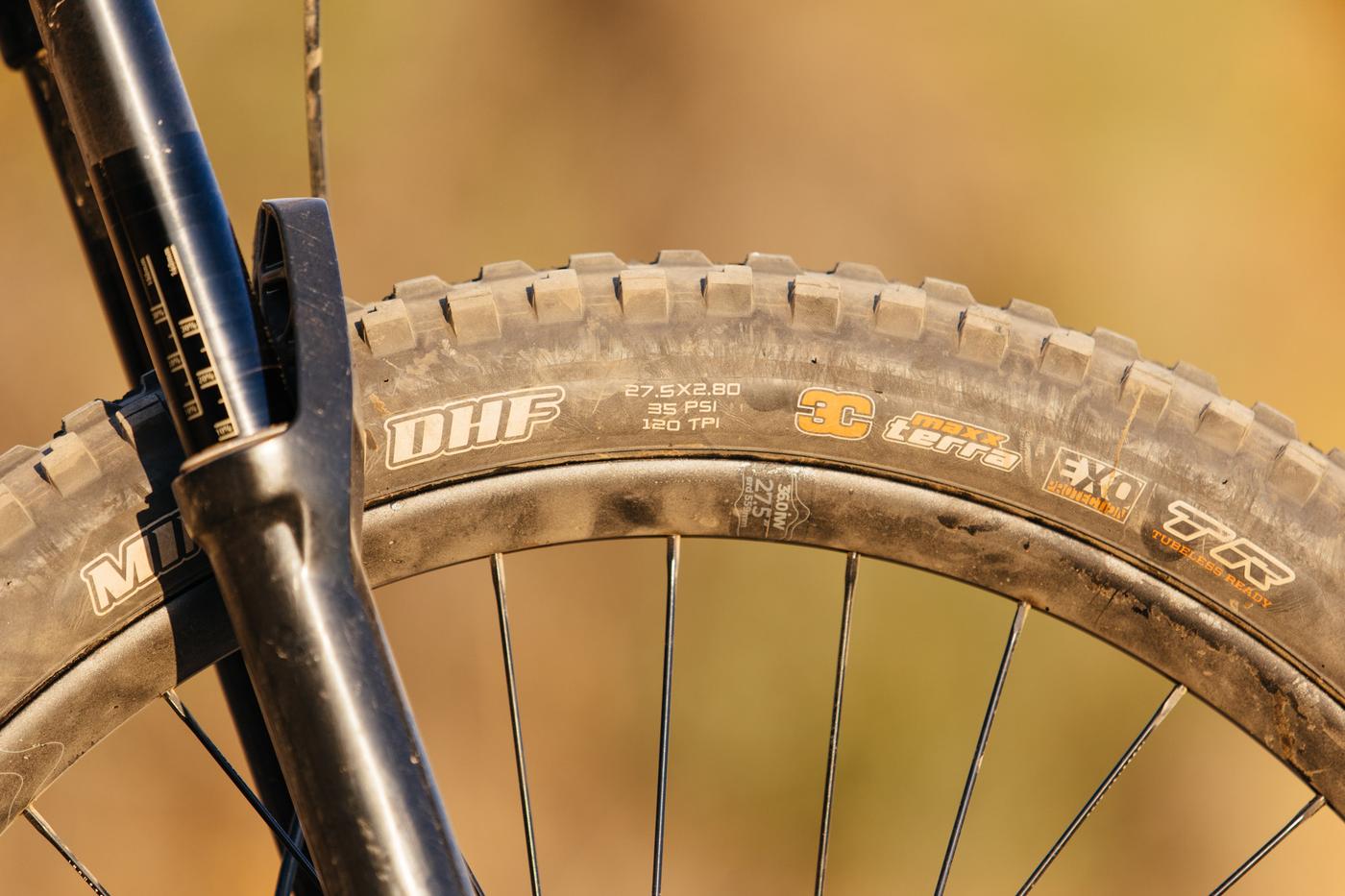 The ride quality of a 32h aluminum rim, especially when compared to a stout carbon rim, is so forgiving. They flex where they need to and carve the trail, offering even more connectivity than their carbon relatives who seem to plow over everything in a controlling manner. Perhaps it just that a 36.0mm inner width (39.80mm outer) on an aluminum rim that is engineered to be light and durable just offers a superior ride than a carbon rim? Could be, yet I can’t quantify or qualify that assumption. All I know is these rims didn’t dent in the year of heavy use. 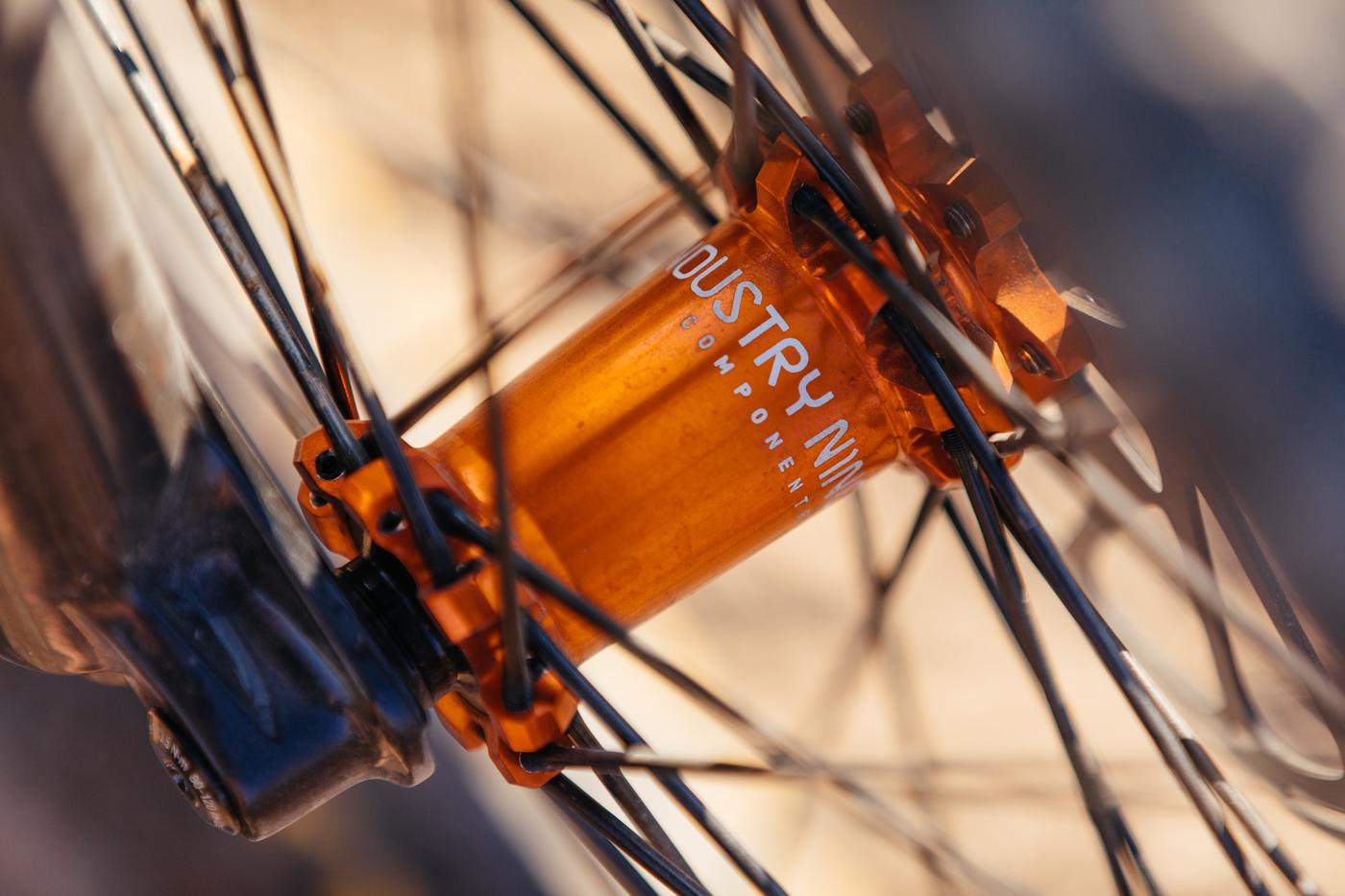 The direct-thread, straight-pull spokes might not be in every shop’s catalog, yet my wheels shipped with a spare spoke, which I believe is still taped to their shipping box.

The Hydra is I9’s latest hub design. Previously, their hubs always caused a ruckus in the woods, drowning out the sounds you go to the woods in the first place to listen to. Cracking of branches, wooshes of leaves, sand pinging your downtube, and the hoots and hollers of trail friends and shred buddies alike. We go into the woods to disconnect from the racket of the city living. Cars speeding, helicopters, horns, barking dogs, and other urban clatter surrounds my life 24/7. The last thing I want is to bring all that to the woods as some urban baggage, yet the design, finish, and resilience of I9’s hubs always had me re-packing the hubs to bring the loud freehub down a few decimal points. 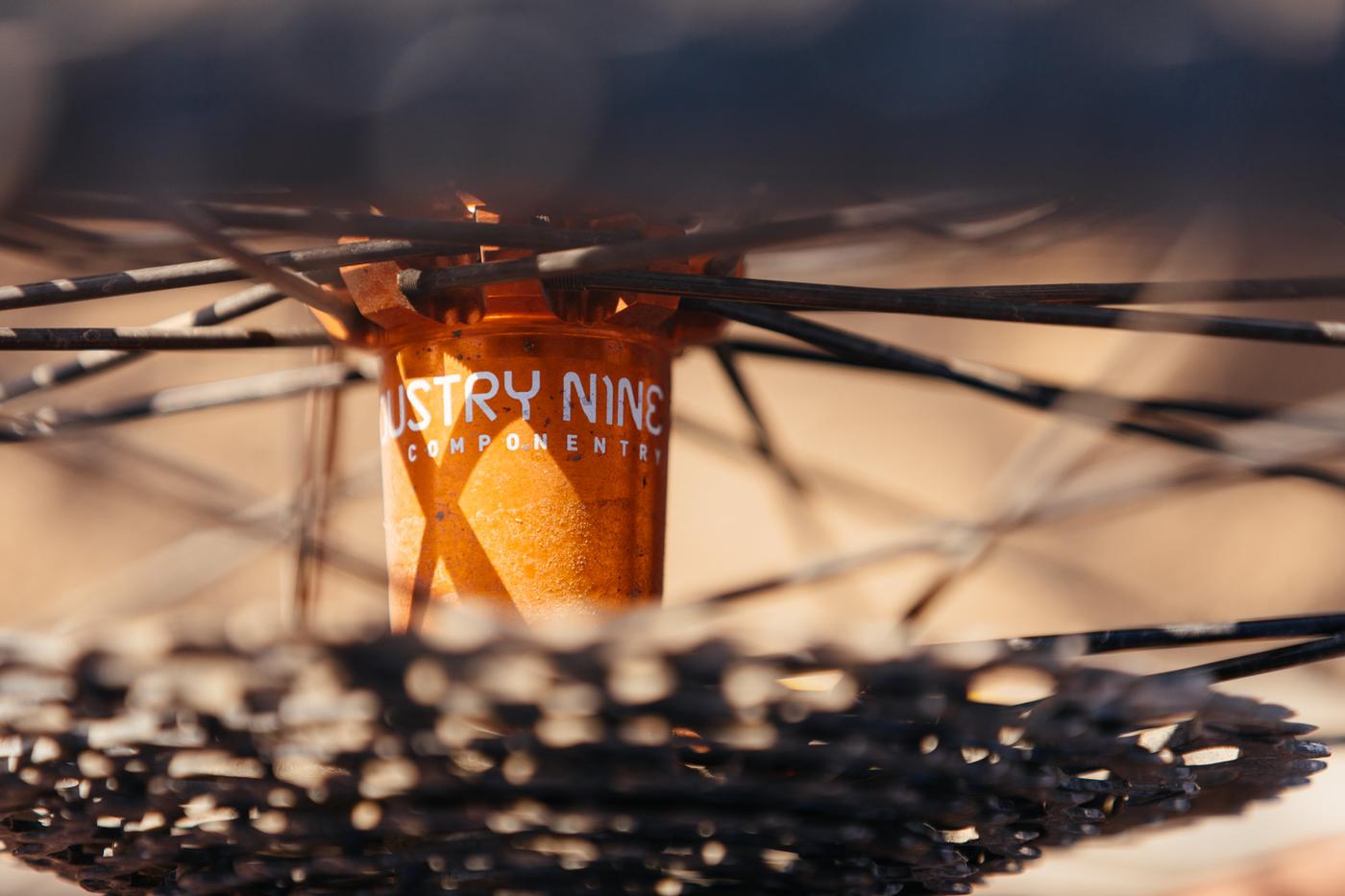 As I unboxed the wheels, a friend noted, “great, now we have to listen to that screaming freehub all day.” Yet when I spun the hub even I was amazed at how quiet these new hubs are. That’s thanks to the Hydra’s 690 points of engagement and 0.52º between each point. It took I9 over two years to engineer, design, test, and produce the Hydra hubs and it shows.

These hubs are a game-changer to Industry Nine’s catalog, when partnered with a beefy rim like the BC360, they can add a considerable improvement in ride quality for your 27.5 or 29er mountain bike. 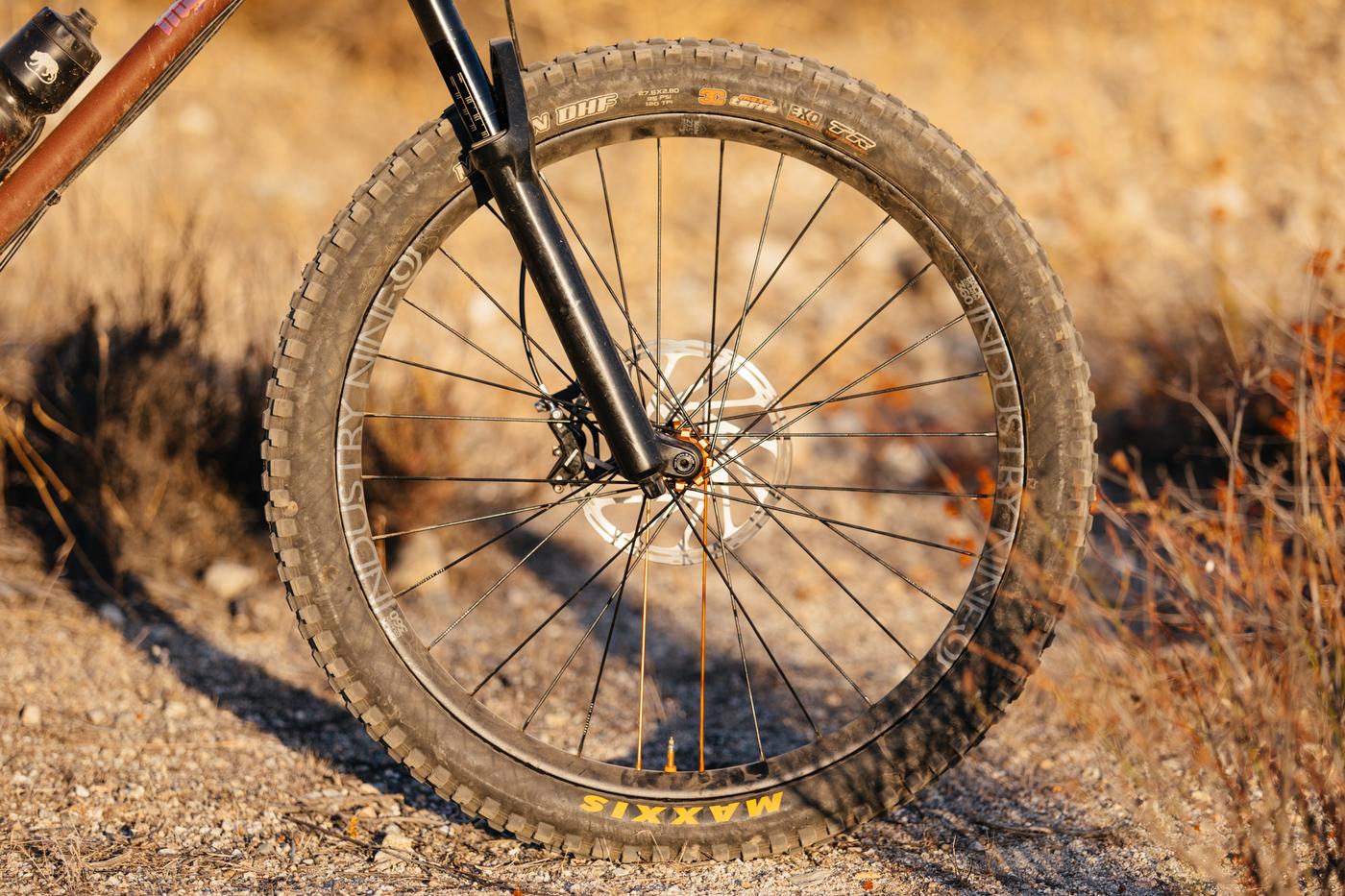 If you’ve ridden these rims, or the new Hydra hubs, and have some points or opinions to share, please, drop them in the comments!

The Backcountry 360 wheels weigh around 1870g for a 27.5″ and 1980g for a 29″ wheelset. They are made in Asheville, North Carolina by people who ride the shit out of their product.  You can design your own wheels at Industry Nine’s Ano Lab online builder, or holler at your local dealer. These wheels would carry a retail price of: