The NICA California State Championships were held in Tehachapi, CA, just off Highway 58.

On Sunday, May 19th, I attended the National Interscholastic Cycling Association’s California State Championship mountain bike races in Tehachapi, California. I’m no stranger to a bike race but this was my first time seeing the for high school kids-only mountain bike races, a phenomenon I’ve been aware of since the mid-2000s. The weekend was an illuminating moment, where I was reminded of the joy of racing mountain bikes, and where I witnessed hundreds of kids fiercely battling each other during competition and alternately giving themselves in support of their teammates as well as other competitors. Sunday was full of tears, hugs, smiles, frustration, and joy. JV Boys hot off the line.

NICA, formed in 2009, can today be called a movement, with roughly 20,000 kids participating national wide, but high school mountain bike racing started humbly with a single team at Berkeley High School. Matt Fritzinger, a teacher at the school in the late 1990s, formed a mountain bike team with students, initially attending local open to adults races. Quickly, Fritzinger and parents realized that kids needed their own races to thrive, both as racers and as strong and supportive members of a community. By 2001, a league was formed for Northern California high school racers, and that league served as a template for teams and leagues starting all across America. 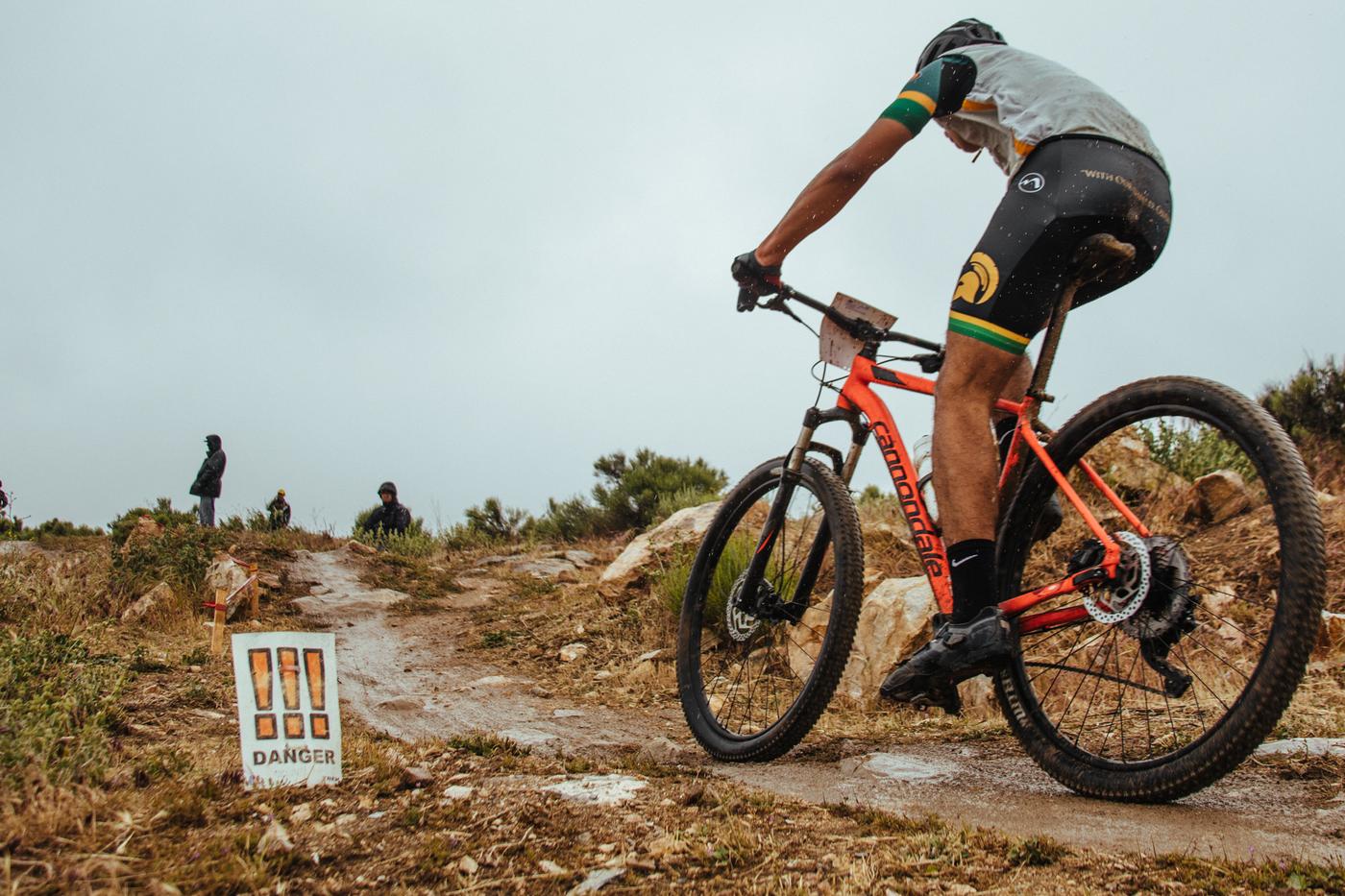 There were a few well-marked rocky sections on the course which kept the racers focussed, especially during the rain.

I met Fritzinger at an art show back in the mid-2000s, in Oakland, and he was full of hype for the new high school mountain bike league. I was just beginning to make films and do photography, but Fritzinger knew some of my work and he encouraged me to focus in some small way on the league. As much as I loved bikes I didn’t see myself ever making another film about cycling in any form, and I didn’t get very excited about Fritzinger’s idea, unfortunately. 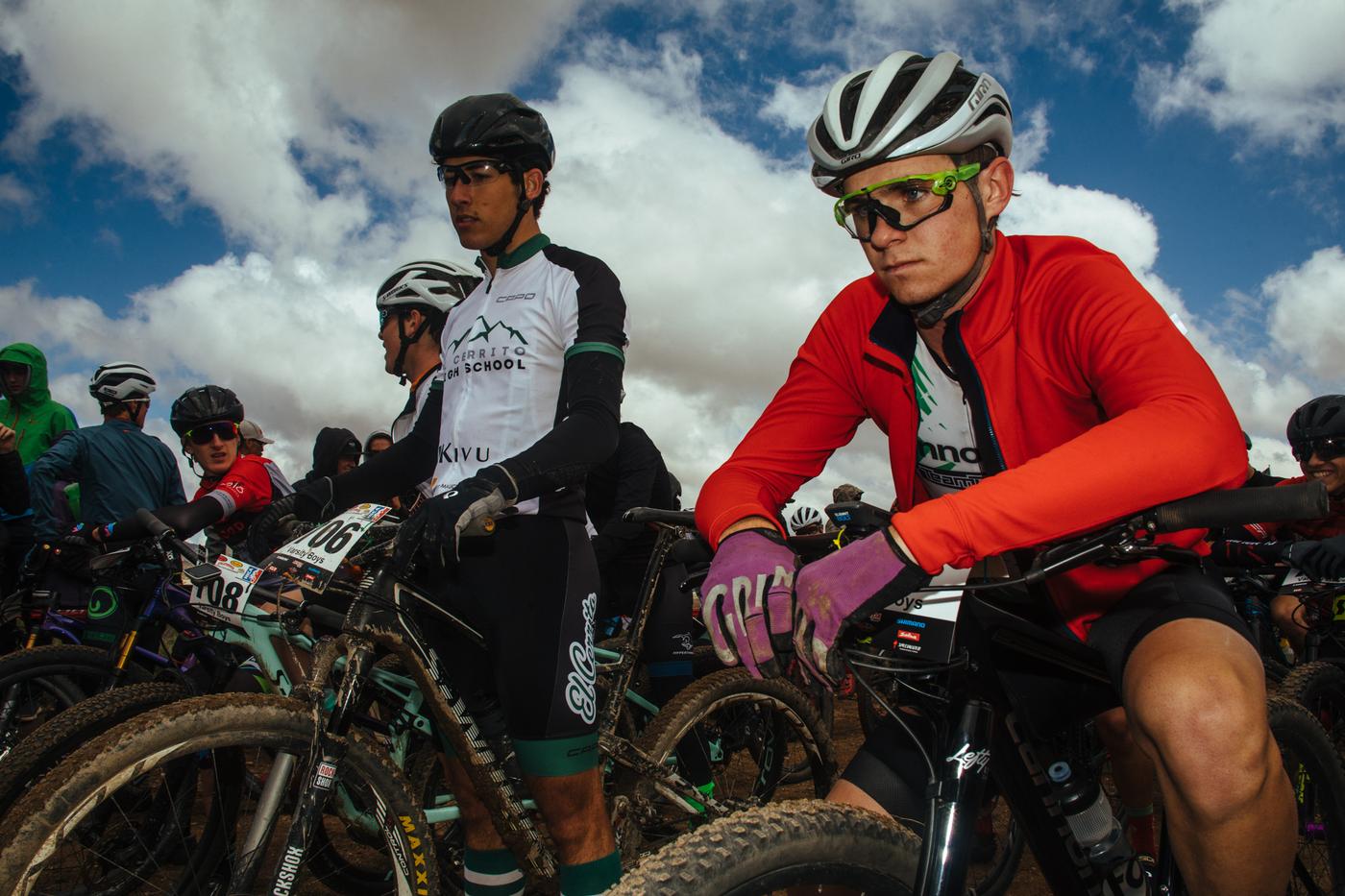 Tydeman Newman, focussed at the startline of the Varsity Boys race.

Roughly fifteen years after Fritzinger introduced me to the idea of high school racing, I met a young kid from Woodland Hills, named Tydeman Newman. Tydeman is full of STOKE for racing. He’s got an infectious spirit which makes me care about whether he got 1st place or 5th place, despite my general lack of excitement for cross country mountain bike racing. Being friends with Tydeman and his family I’ve been invited a few times to come to see one of the NICA races, and with the State Championships close by in Tehachapi, I figured it was time. JV Girls race saw the sloppiest, most demanding conditions of the day. This racer seemed unfazed at the finish.

Before attending the race I thought I was going just to support my friend and his family. Getting to see the races changed my mind. I was the one benefitting from attending—I was inspired while seeing hundreds of kids laugh and cry their way through a muddy and rain-soaked day of racing. Throughout the day I witnessed great races, but more importantly, I saw all those kids be good to themselves and their fellow racers. Competitors hugged at the finish of their races, then cleaned up and went back out on course to cheer during the next race. In a time when civility in America seems to be at an all-time low, NICA is a place where competition is the pretext, but character building is the ultimate goal. The kids are alright, and we’d all be served by following their lead.