While wrapping up after Philly bike expo I casually said to Matt from Crust Bikes that I had hoped to make it out to Belmar to check it out, just like that there was an invite for a chill-out-grill-out and a Crust Bikes World HQ tour.  I left Philly and headed east to the coast. I’ve never been to Belmar, and my myopic view of Jersey was distilled through the lens of Newark, which is over industrialized and by comparison to Belmar, anything but beautiful.  Founded in 1889 Belmar, which translated from Italian means “beautiful sea” is a lush coastal community with close proximity to surf, shredding, and solace in the coastal hinterlands not far from where Crust is located.  So central is Crust/Belmar that in just a short drive you’re in NYC or Philly, should you need your fix of city life. 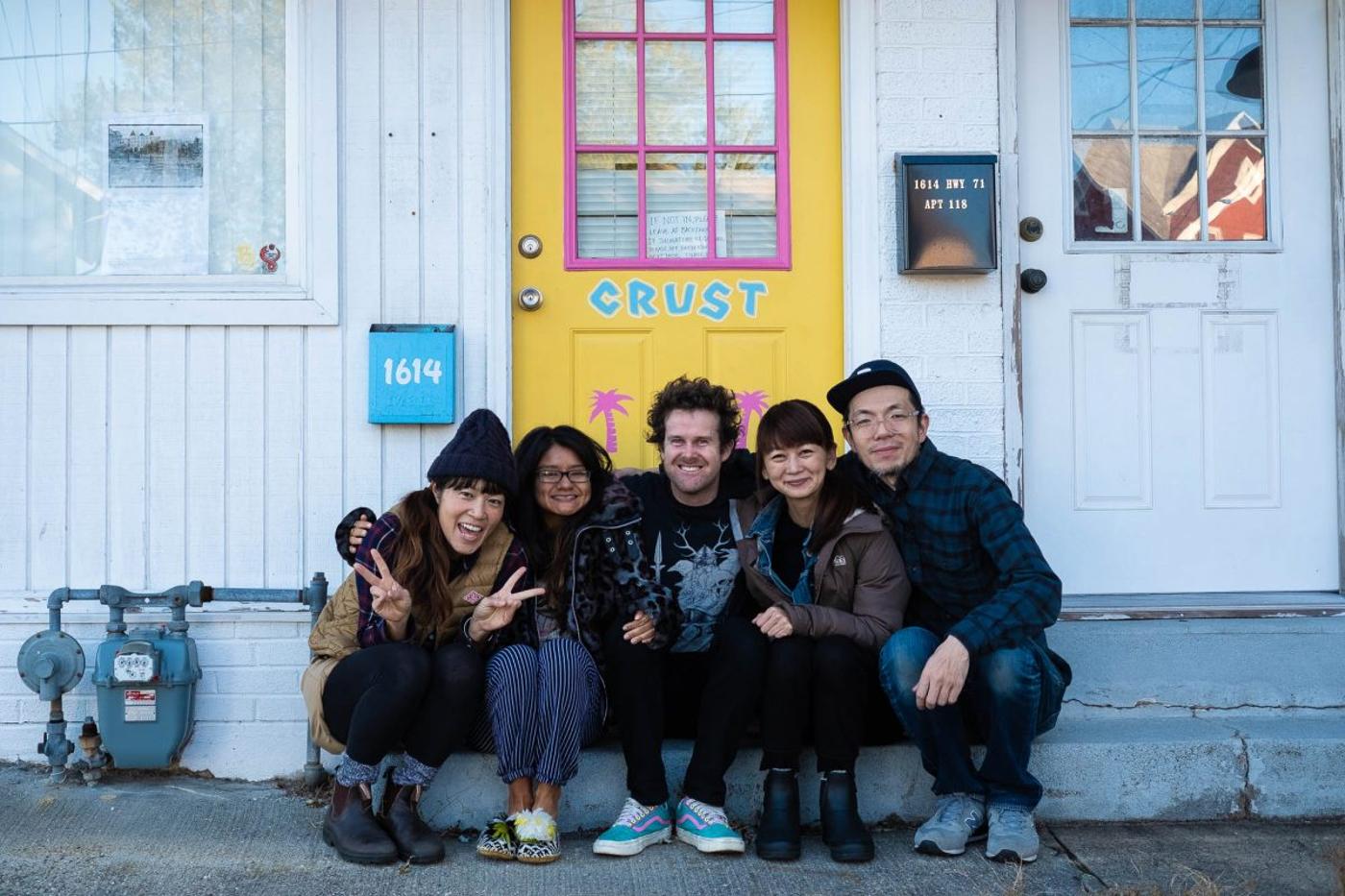 Upon arriving I was greeted by Rie, Ryota, and Hitomi from SimWorks, as well as Matt from Crust  Bikes and Angelica from Casa Verde. I hopped on a bike and we were immediately headed for a short trip from the coast to the forest by way of the bicycle so quickly that it was immediately apparent why two nomadic souls would choose to lay their heads here, semi-permanently. We rode all over and finished with some barbie at Belmar Bike Shop, another local cycle-centric business.

Crust Bikes and Casa Verde’s operations are small, but they’ve both got big hearts, I think truly you can feel this in the way that they both design and refine products, whether it be bicycles or fashion. 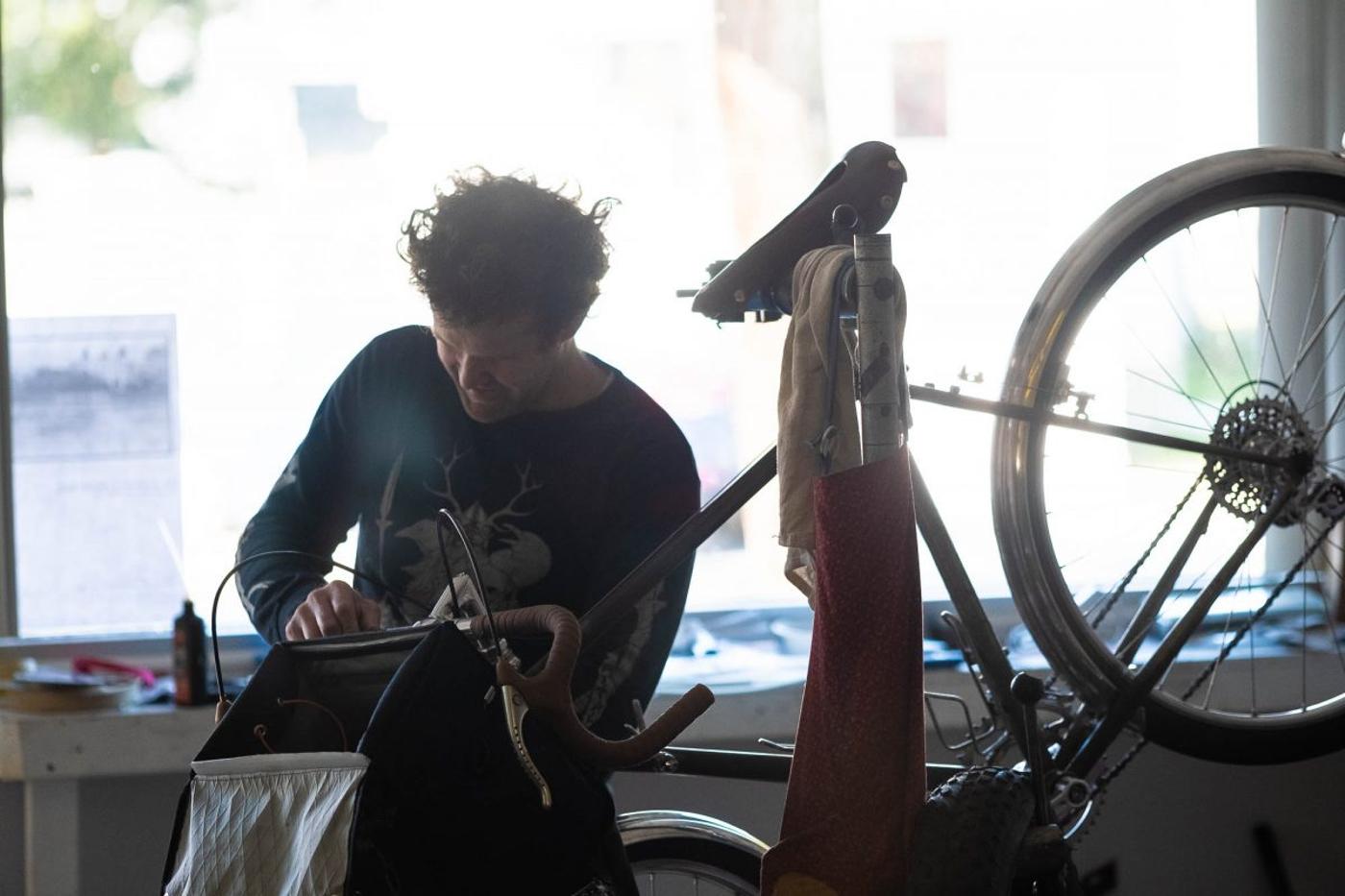 Crust was conceived on tour while riding Matt and Goat were already developing the scapegoat, since they met by way of their love for longtail fatbikes. The model was set to launch crust into a unique arena in the bike world, following up the Scapegoat was no easy task and the next bike in the line was the Evasion, DFL then the bike formerly known as the Evasion. After a few sold-out runs, it was with this bike that Matt felt that aha moment, where the product in his mind was accepted by a larger group of people, from there he said things just kinda took off.  Each model that Crust develops is usually at the request of friends.  One of those in Ron, Bené, cool-ultra who not only developed the leather bars but also the Romanceür.  Never one to rest on their Laurels, Matt has some big plans for this upcoming year, and some new bikes, one of them is the Nor’easter, a low trail 1x, lugged bike that made me believe that Jan Heine is onto something with his concept of planing. 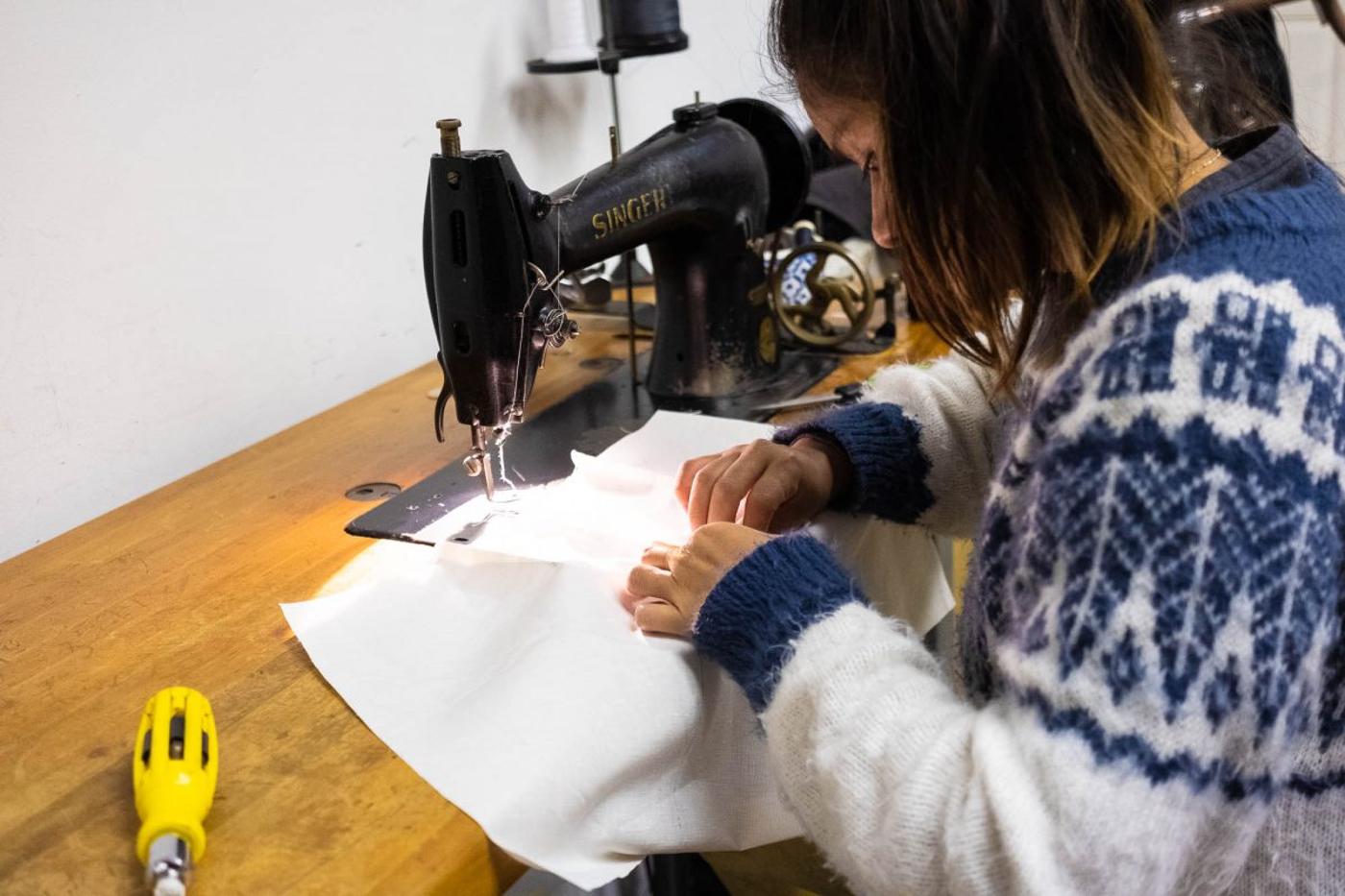 Angelica was a corporate apparel designer who grew sick of that world and decided to float her own venture, she makes some jammin jumpsuits, and is also the person who developed the beloved and long sold out Crust shorts. “Cheech” as Matt so lovingly refers to her, shares space in the Crust Bikes World HQ where she can pattern and work on new designs, but travel to the beach or the city, which works out perfectly. From what I’m told their next collaboration is going to be a good one, as a Peruvian-American, she believes that our privilege of living in this nation should be used to help others. They will be working on production with Peruvian labor but paying them a higher than normal rate in hopes to brighten the worker lives a little more.  I do love domestic production when it makes sense, but when I heard this I welled up inside because at that moment I knew these people who I’d only met recently were on the verge of greatness and their hearts are both full of love. 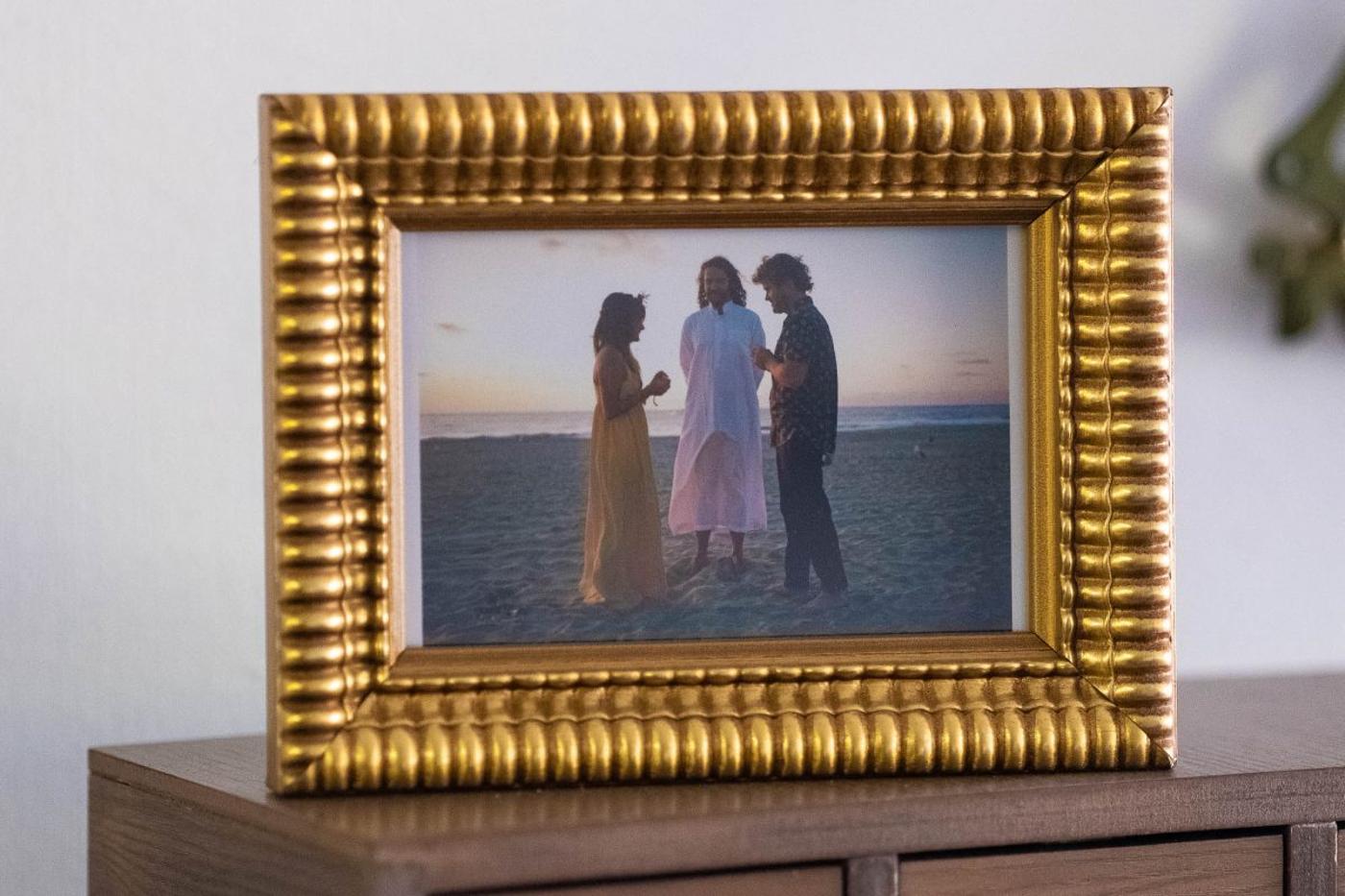 Just a stone’s throw from surf, Matt and Angelica warmed their toes in the Atlantic this summer and have chosen to snowbird this year a little bit in Oceana where its also summer. On my way out I was told to come back soon, when they’re back in town I can’t wait to roll out to Jersey catch up and maybe I’ll even learn to surf! 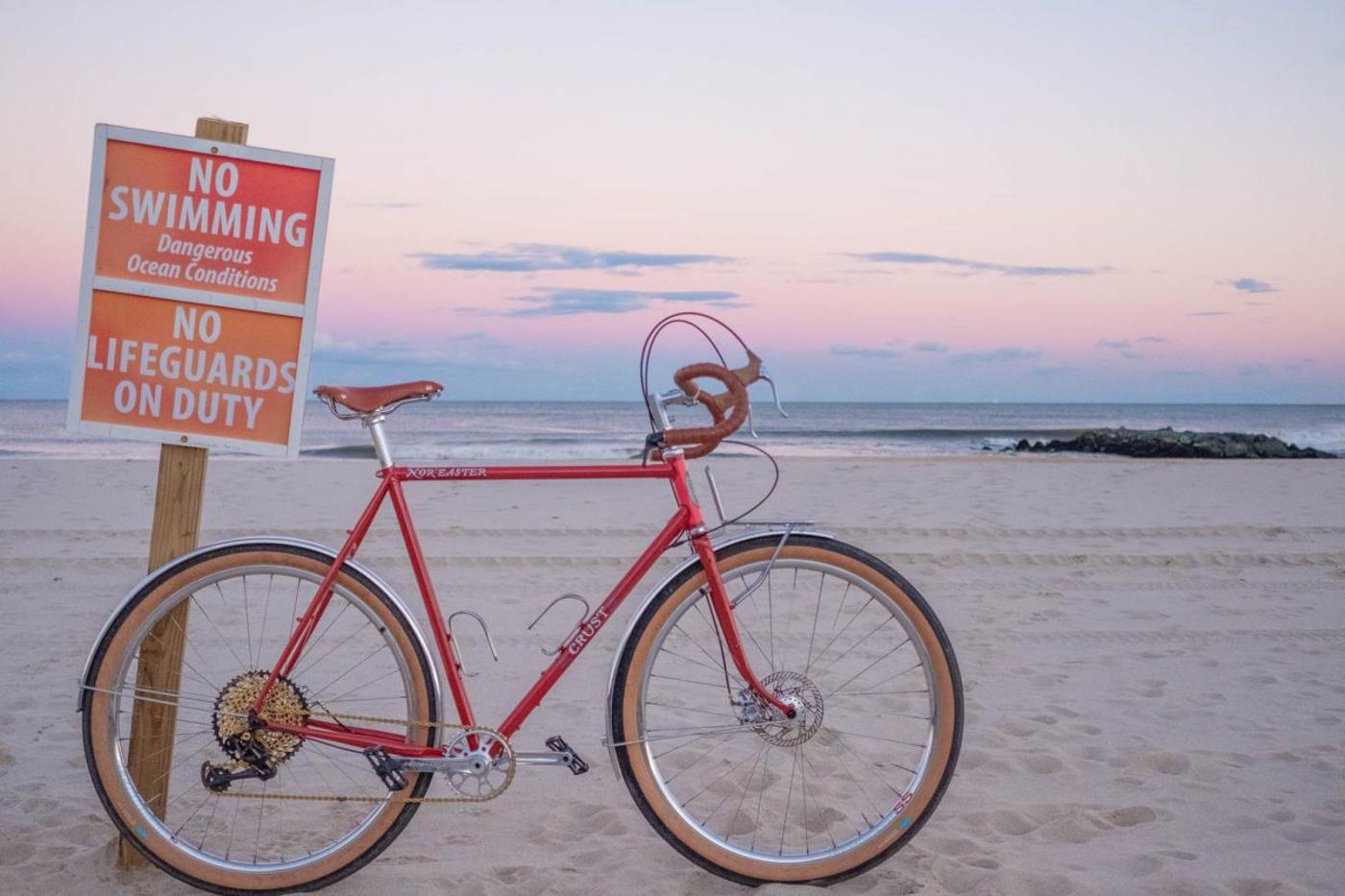