Some of the finest bourbons in the world are unobtainable, so it would make sense that Chris King‘s newest limited edition color was so small batch that only a select few builders were able to put it on their bikes at this year’s NAHBS. This was not their intention, however. It seems the brown anodizing was nearly impossible to get consistent, so making headsets, hubs and other bits to match wasn’t gonna happen. Big frowny face. There are two other colors which King has launched at NAHBS this year, which I’ll get to in a bit. Up first is this fire red Cielo dirt drop MTB. Now, this is their standard frame, which can be run as a rigid or a hardtail, with dirt drops, set up for touring with bikepacking bags. These frames no longer use slider dropouts and switched to front and rear thru-axles. 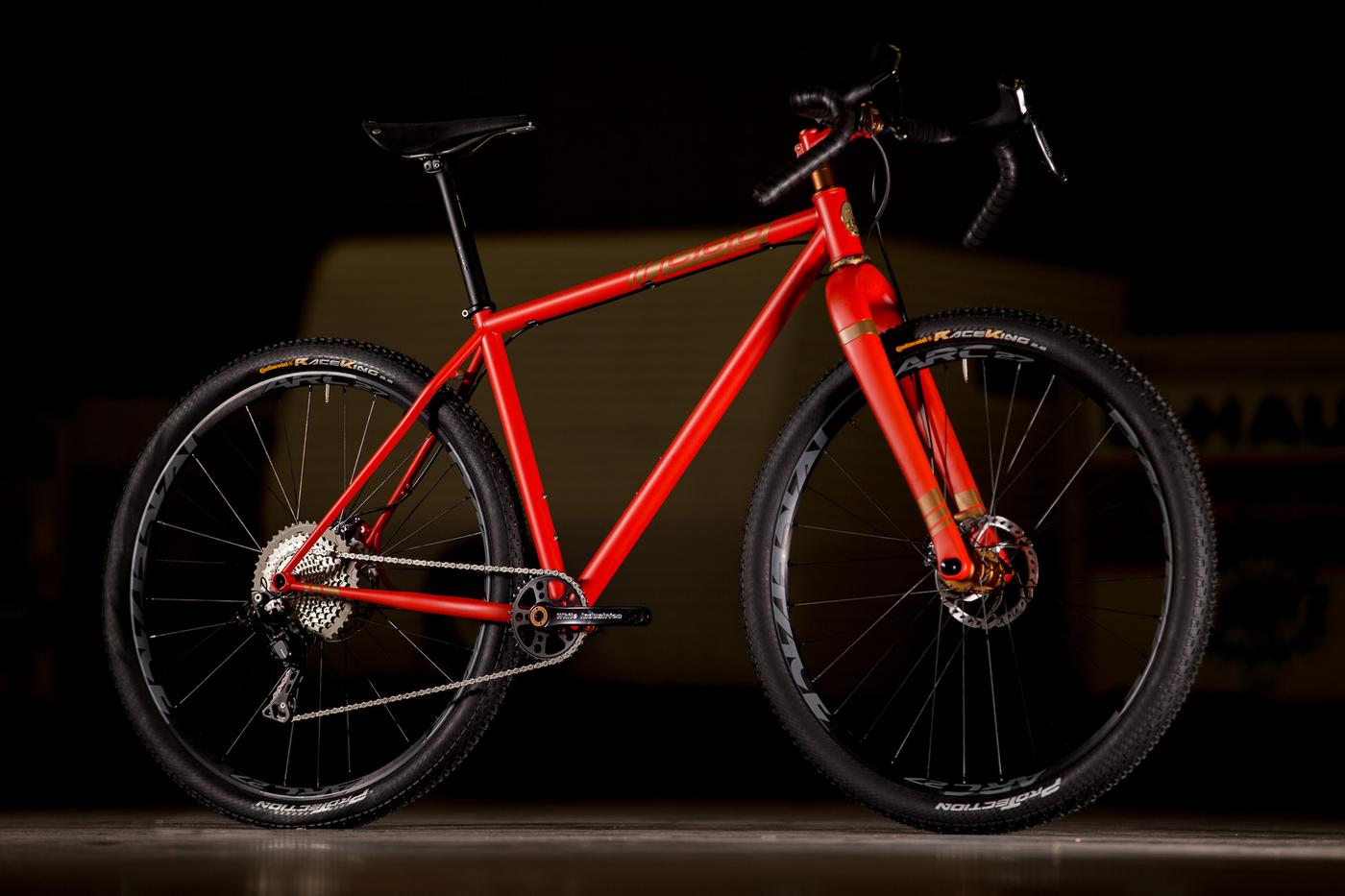 I dunno about you, but I wish that bourbon brown would happen because it’s so damn smooth!