People gathered at the Cub House

Riding With Ringtail and Stinner Frameworks on Mt. Lukens
Photos and words by Kyle Kelley

A while back the boys at Stinner asked Sean from Team Dream / Ringtail if he’d host a ride beginning at Los Angeles’ hub for the discerning cyclist, The Cub House. For those of you who don’t know, The Cub House is the Team Dream Team and Ringtail headquarters. It is located just below Mt. Lukens, the highest point in the city of Los Angeles. With an elevation of 5,075 feet it makes Los Angeles the largest city with the highest and lowest elevations in North America. So, why not take everyone up there? Well… maybe because it has a steep, rocky and rutted 7 mile fire road climb with a 4.5 mile single track descent back down to Highway 2. And this was supposed to be a road ride after all. No matter, good sense shouldn’t get in the way of a good time.

We gathered at The Cub House at 8:30am and filled up on Nitro Cold Brew. Everyone was there, from racers to randos. Tires ranged from 25c to 40c. Some people bought vests and jackets because it looked cold up in the mountains, but I just stole a patch for a photo at the top!

By the time we got to the fire station on Highway 2, where the loose dirt climb to Mt. Lukens begins, we were almost completely socked in by clouds. We couldn’t see the city below us or even the road behind us. The moisture in the air was so thick that if you hit the dirt, and many people did, the dust from the ground would immediately turn to mud on your bibs, jersey and skin. It’s a long hard climb that never really lets up until you reach the single track section that leads back down to the 2. That was the point where people with small tires were supposed to turn around and descend the way we came, but no one did. There were cats ripping down on 25c slicks and having the time of their lives. As we came around the first corner the clouds started to open up and we could begin to see the amazing vistas provided by this ride. At one moment we were in the clouds and the next we were being chased down the mountains by them. It was incredible! After we all linked up for a group photo it was time to get back down to The Cub House for tacos, beers from Ballast Point and ice cream from Scoops! 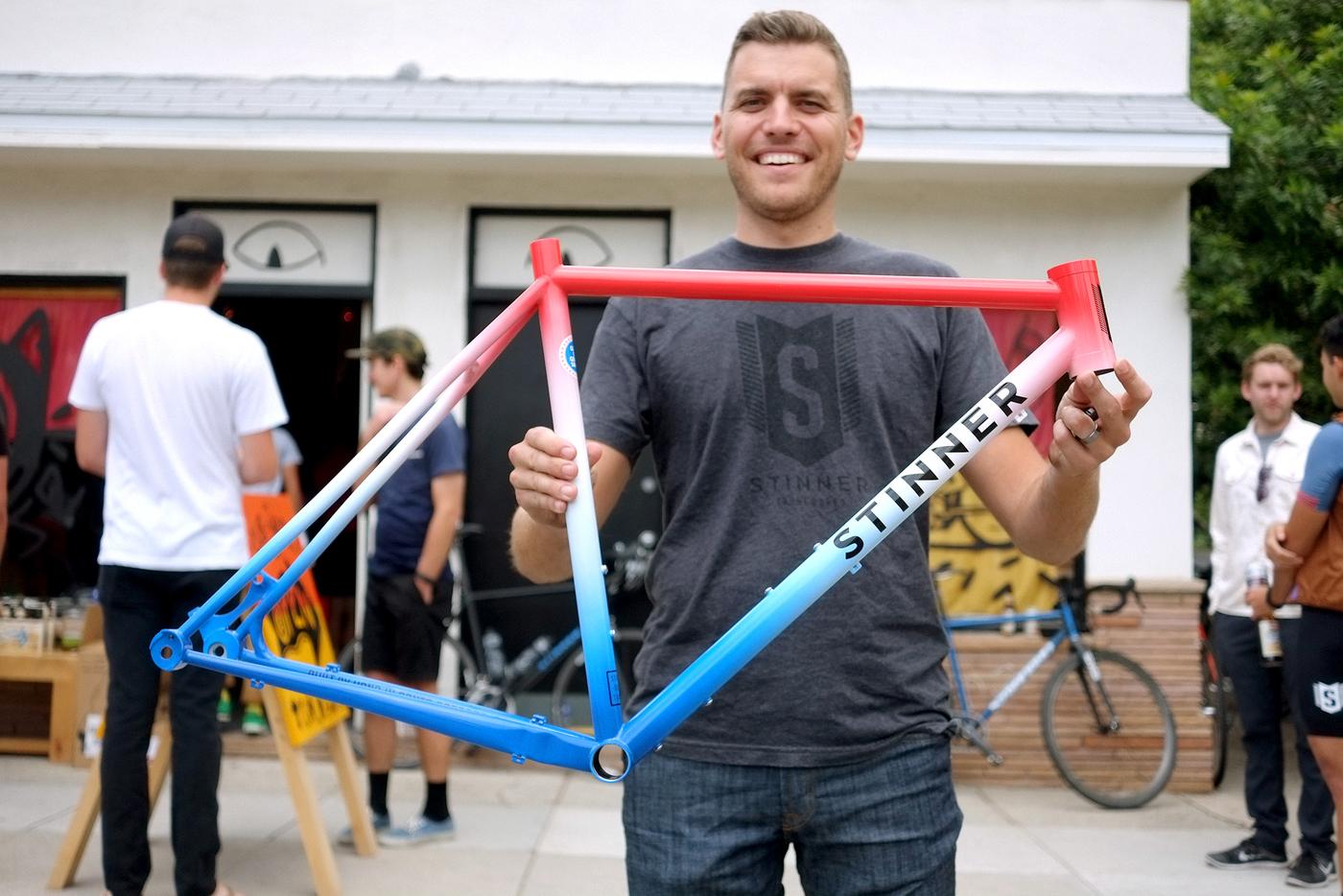 I couldn’t stick around for the party because I had to head back to GSC to prepare for bikebacking trip later that evening, but from what I saw on Instagram I think it’s safe to say everyone had a really good time!