Forging Ahead on the Foundry Overland

A couple months ago Foundry sent over their new titanium cross/gravel bike, dubbed the “Overland“, for me to spend some time running it through the wringer. From long mixed-terrain rides, endless dry/dusty Southern California fire roads, through alpine snow storms (two), bike park single track, and trekking through wilderness with it strapped to my back. This versatility is really what the Overland is built for. Foundry’s slogan may be “racing matters”, and I’m sure this bike would perform well in a frantic one hour burst on a cross course, but it is perfectly at home traversing backroads and exploring some off-the-beaten-path single track.

We have all experienced or heard about the almost mythic properties of titanium as a frame material, and they are definitely well suited on the Overland. While the stock build is not particularly a featherweight, the combination of ride quality and strength/stiffness gives it that solid and comfortable feel you want in a bike that you’re going to ride all day and is probably going to take a bit of a pounding. 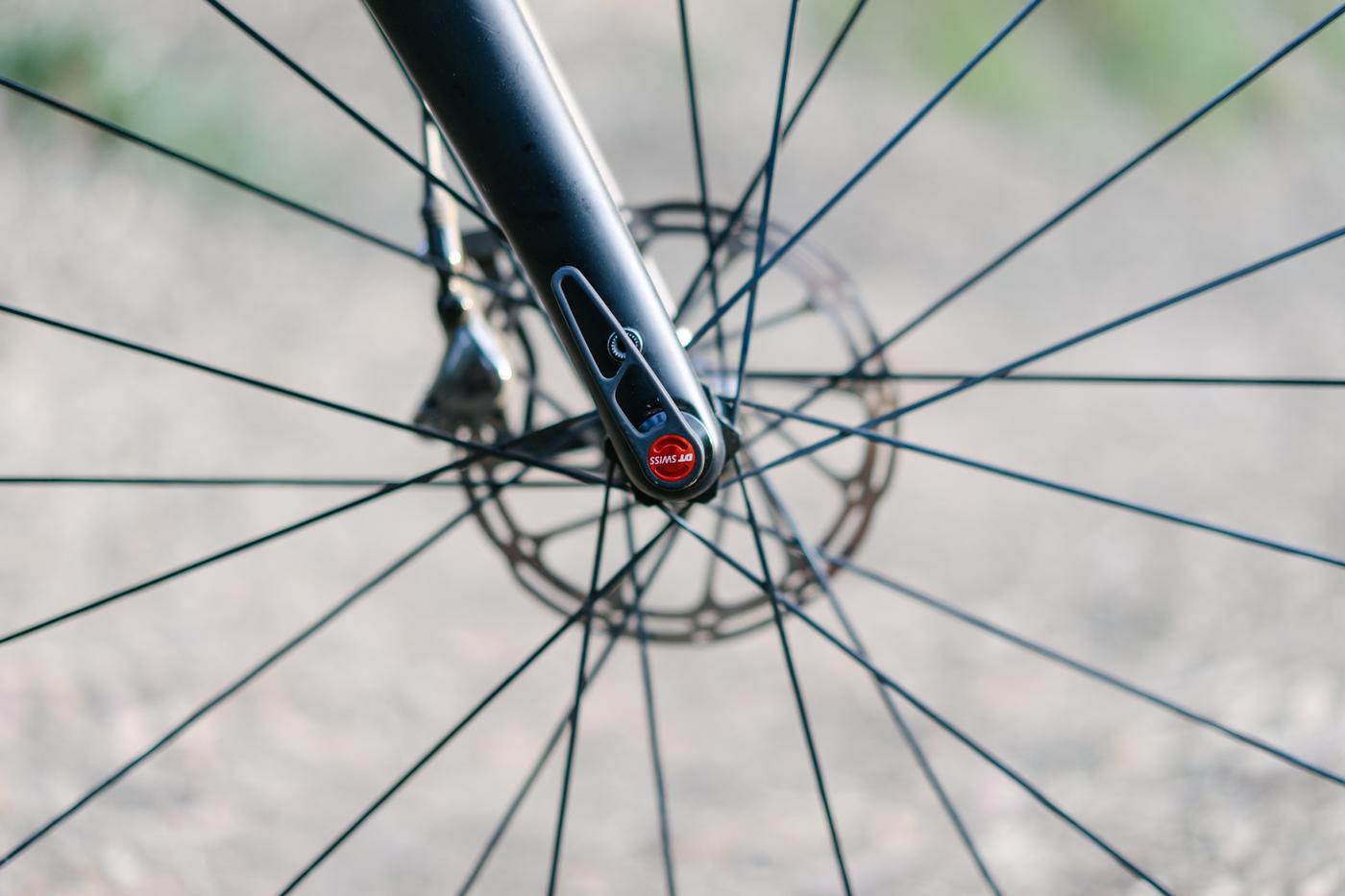 While we’re talking stiffness and strength, one of my favorite features on this bike is the fact that it has front and rear thru-axles. This is a vast improvement over the quick release equipped drop bar disc bikes I’ve ridden in the past. Little-to-no weird left-pulling under the torque of hard braking and perfect rotor alignment every single time. This has always been an issue for me, so I’m happy to see more bikes of this type sporting thru-axles. 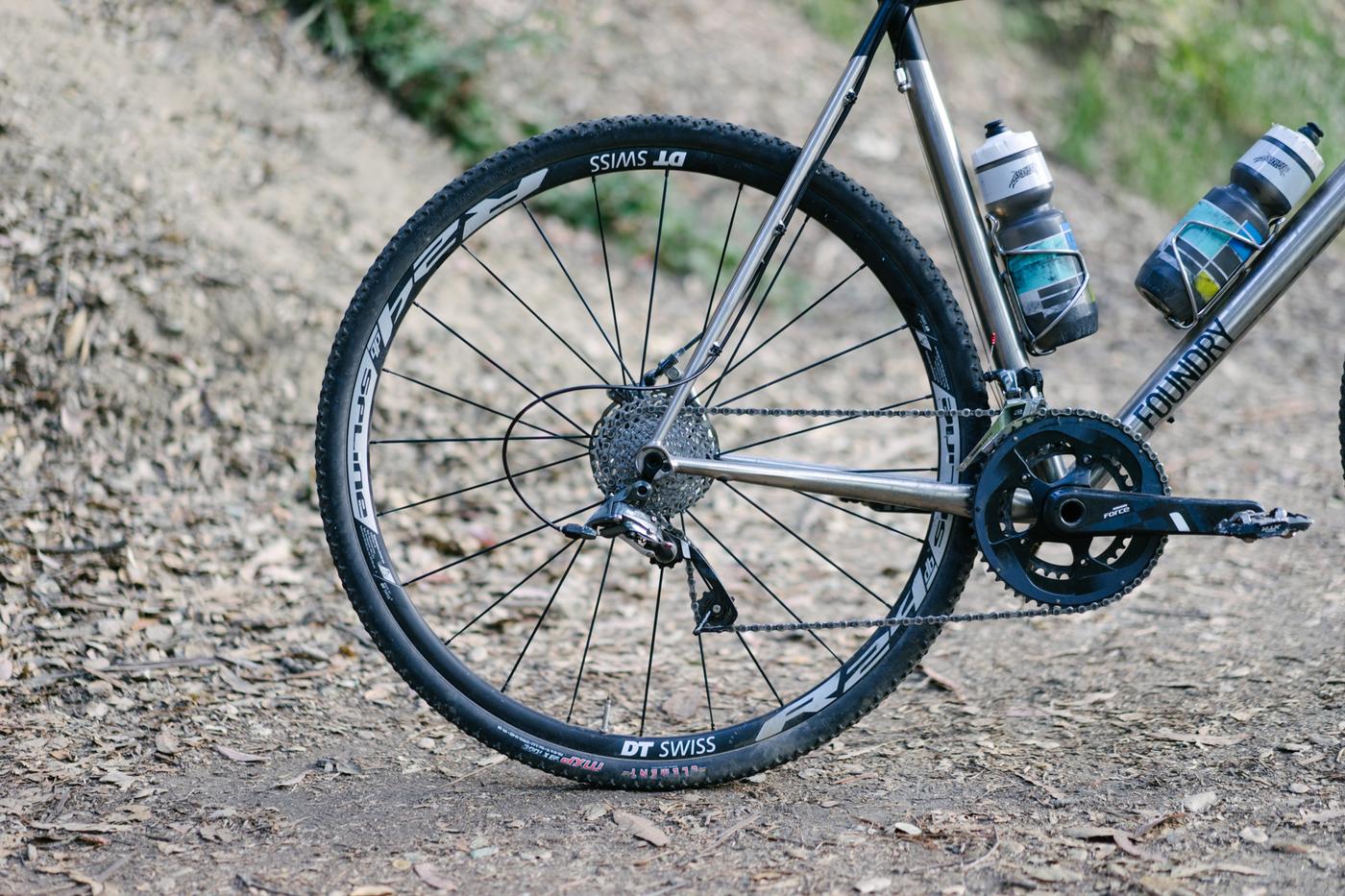 Another aspect of the build that impressed me was the SRAM Force 22 Hydro setup. While I’m not exactly a fan of “Double Tap” in general (maybe it’s an acquired taste), I have to say I was pleasantly surprised by the braking performance when compared to the Shimano hydro road/cross bikes I’ve tried in the past. This is the exact opposite of what I’ve experienced with their (previous gen) MTB components. The consistent power and feel at the lever was the best of any setup I’ve ever used. There has also been a lot of talk about the aesthetics of the SRAM hoods (lets face it they’re ugly), but what I didn’t realize until I was grabbing them on some steep and rocky single track was how much confidence in my grip that extra size gave me. 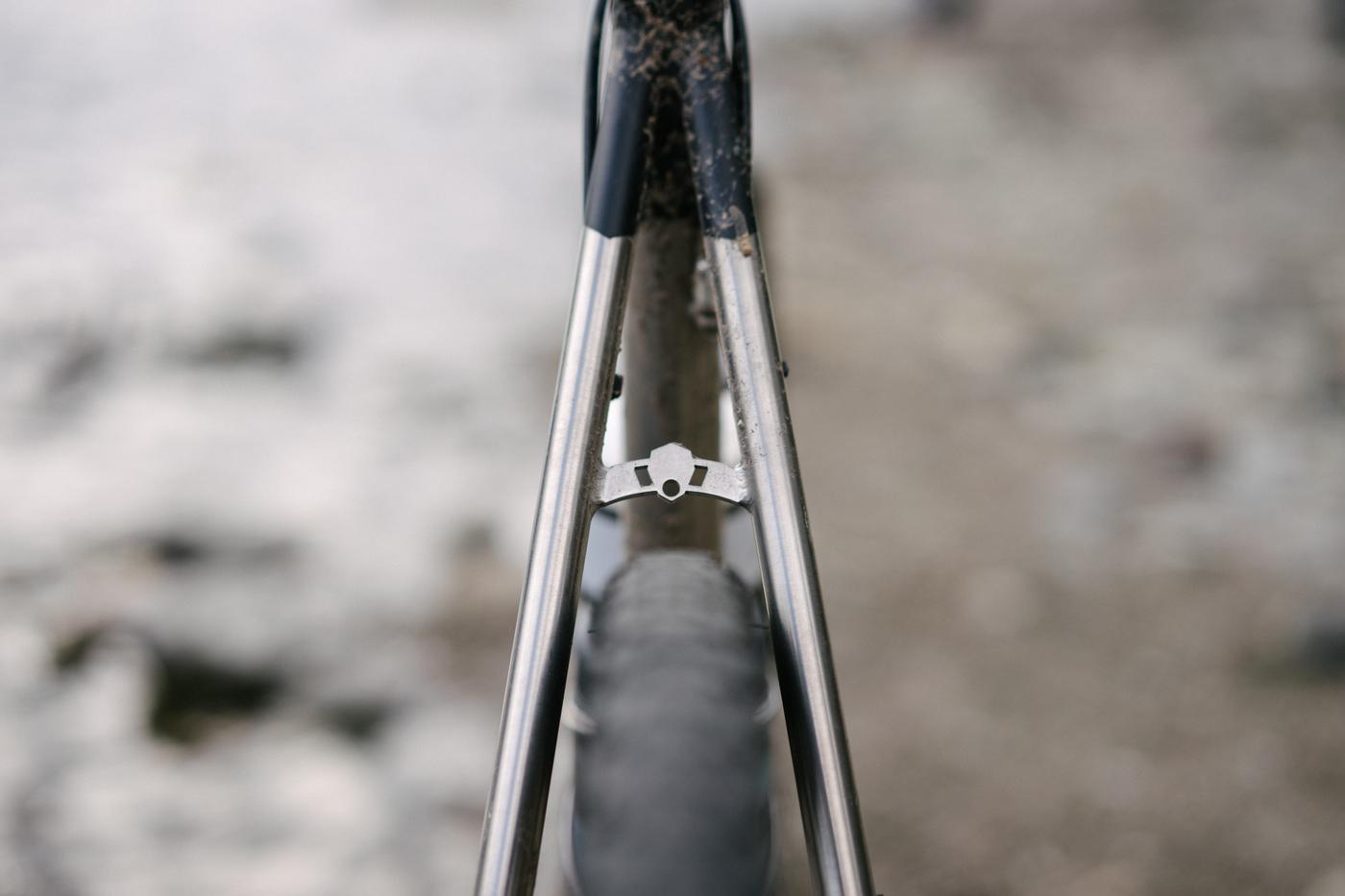 The stock 33mm Clement MXP tires handled just about every type of terrain I threw at them very well, though I’d probably opt for something a bit wider (clearance is up to 41mm) to handle the loose and sandy trails of Southern California. While flat protection was excellent, I basically blasted through the tread on the rear in around 800 miles. This isn’t totally shocking since it’s a true cross tire, and I did plenty of pavement riding on the way to and from the trail in those miles.

There’s plenty to like about the Overland, but there were a few small missed opportunities. My pre-production model came with a third bottle mount, and it saved me on a couple of occasions, but it has been omitted from the production version. There are alternatives for carrying extra water, but having the nice and neat option from the factory can’t hurt, so I wish that were included in the final version.

While I love the overall aesthetic of the bike with the contrasting titanium and black finish, after a few weeks of use I started to notice the “Overland” decal peeling off, and some of the black paint looking extra shiny at usual contact points. Really though, these are very minor issues to me on a cross bike that isn’t meant to babied. 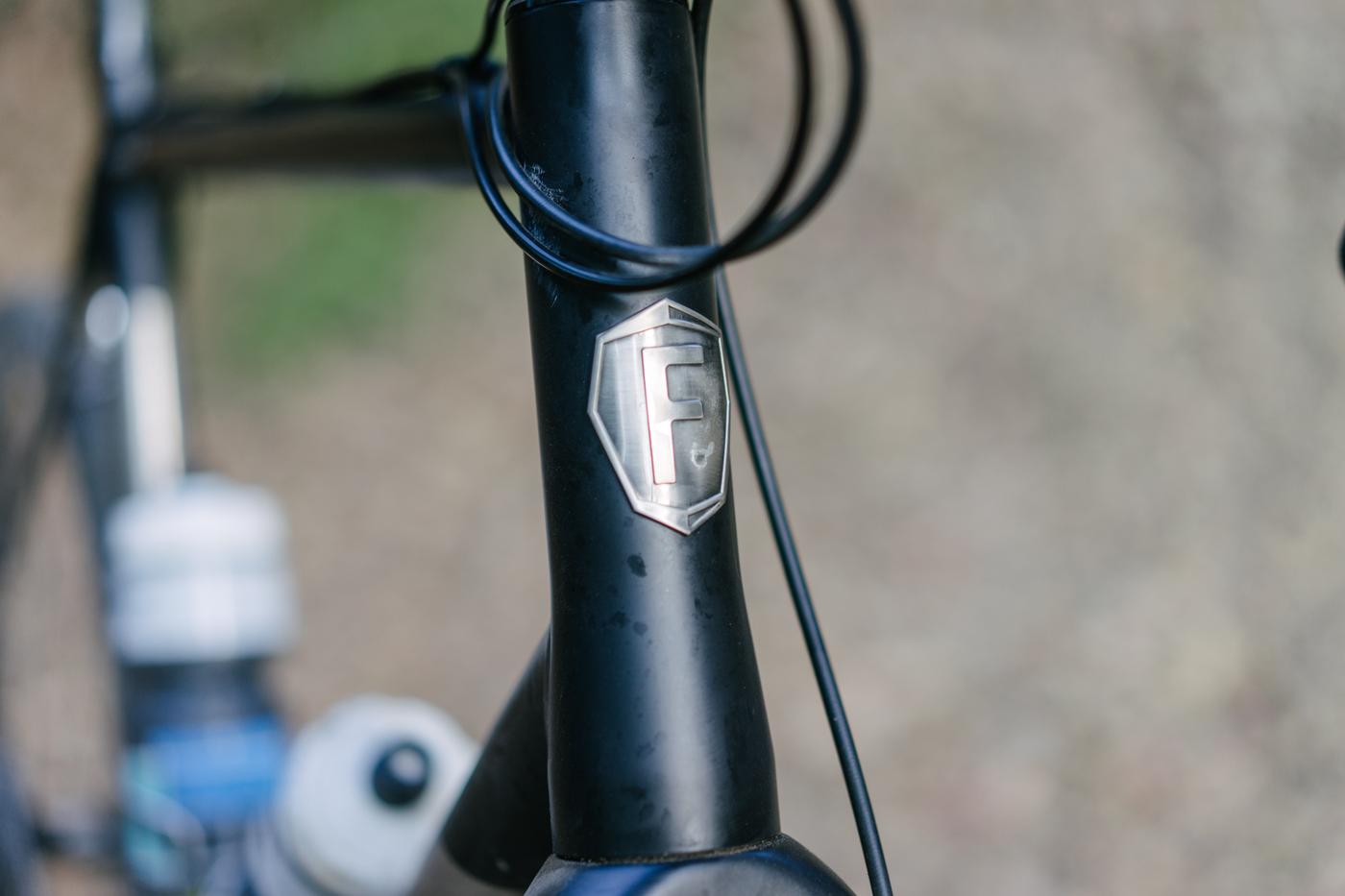 My last critique would be the external cable routing. I know some prefer it, but I’d lean toward internal routing to clean up the look, and to stop my bibs from sawing off zip-ties any time I get near the top tube.

If you’re looking for a bike that can handle just about anything you throw at it, from gravel and cross races to long days exploring backroads, the Overland is certainly worthy of consideration. The biggest thing I can say about it has nothing to do with specs, geometry, components, or frame materials. It’s that over the two months I had the bike around, it was the one I wanted to grab damn near every time I went out the door. Not because I had to write this review but because it was simply fun to ride under almost any condition… from pavement to fire road to the trail and back.