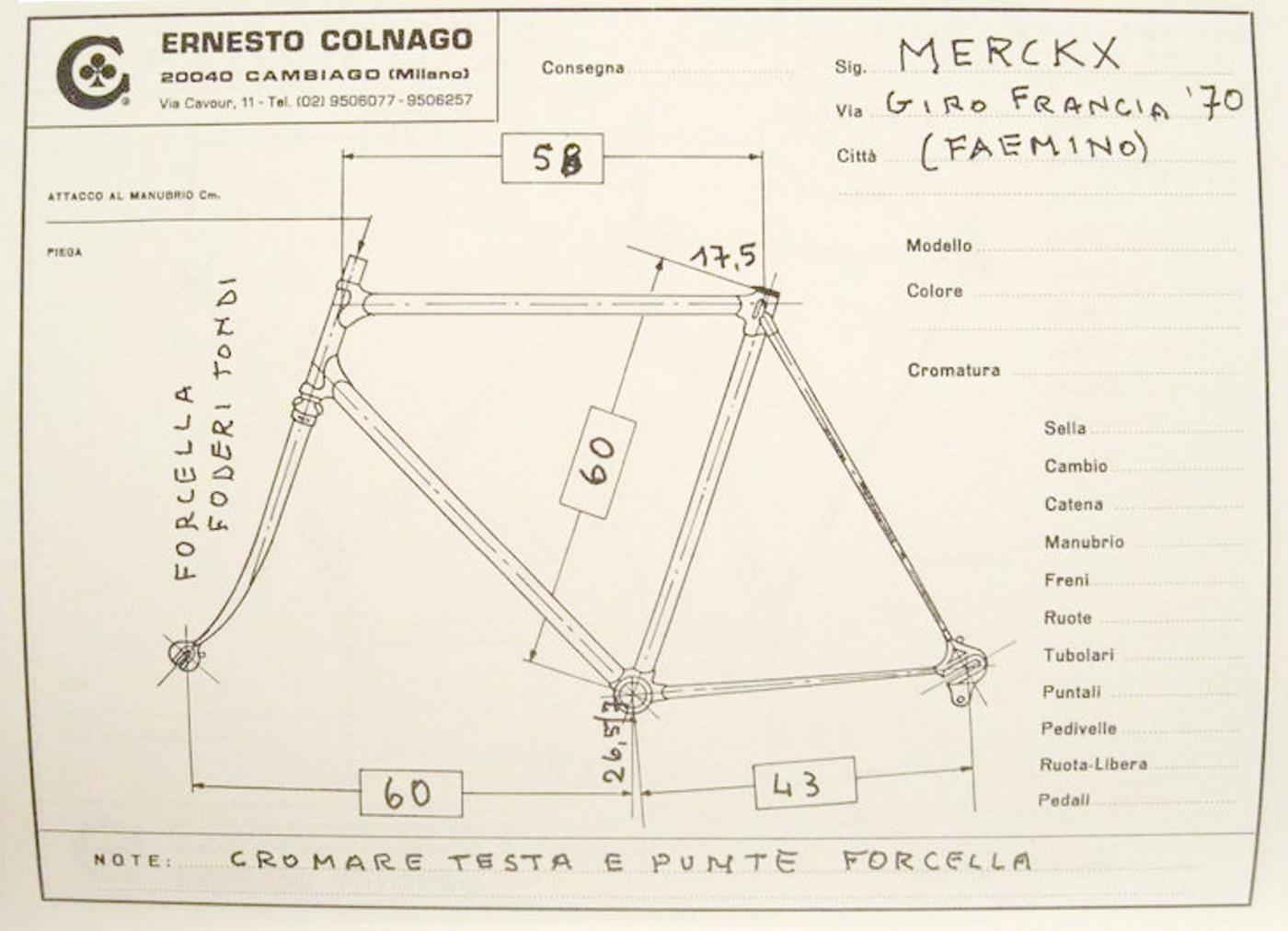 From time to time, enthusiasts, hobbyists and collectors get an itch. An itch to make a vintage “replica” bike, modeled after any number of liveries or teams. For Andy White of FYXO, he really, really wanted a replica Molteni.

A frame came up in Eddy’s exact measurements, 58cm TT, 60cm ST, but it was from the wrong era, so he filed off the front derailleur hanger and painted the seat stay caps to resemble Eddy’s team bike. From there, fresh paint and decals were applied by Sun Graphics. He’s even got a flat crown fork, instead of the sloping crown.

Then, well, life happened. He had a kid and has to let her go. The frame, not his daughter.

This Molteni replica is available and I thought it’d be a perfect Merckx Mondays post. Holler at FYXO for more info and head to the FYXO Flickr for more photos.