In the months leading up to the trip, Deux North’s Hunt 4, we were all focused on miles. Like most of us, I’d done a few big days on the bike before, 8+ hours in the Rapha Gentleman’s Ride or a trip upstate, but never back-to-back-to-back. None of us knew exactly what to expect on the third day, when we would all line up to race the King Ridge Grasshopper Adventure Series. After a few months of putting in 200+ mile weeks, our group collected in the lobby of our hotel in Morgan Hill, CA, noticing the free apples, then the pool. Later, we dried off and shuttled to Specialized HQ to meet our new bikes and take a ride just long enough to reach barbecue. A few miles away from the office and we were out of suburbia and into the rolling hills on Morgan Hill. It was late afternoon and the California light was showing off its Midas touch. It seemed nonchalant to the local guys, just their lunch ride route, but damn, it was beautiful. 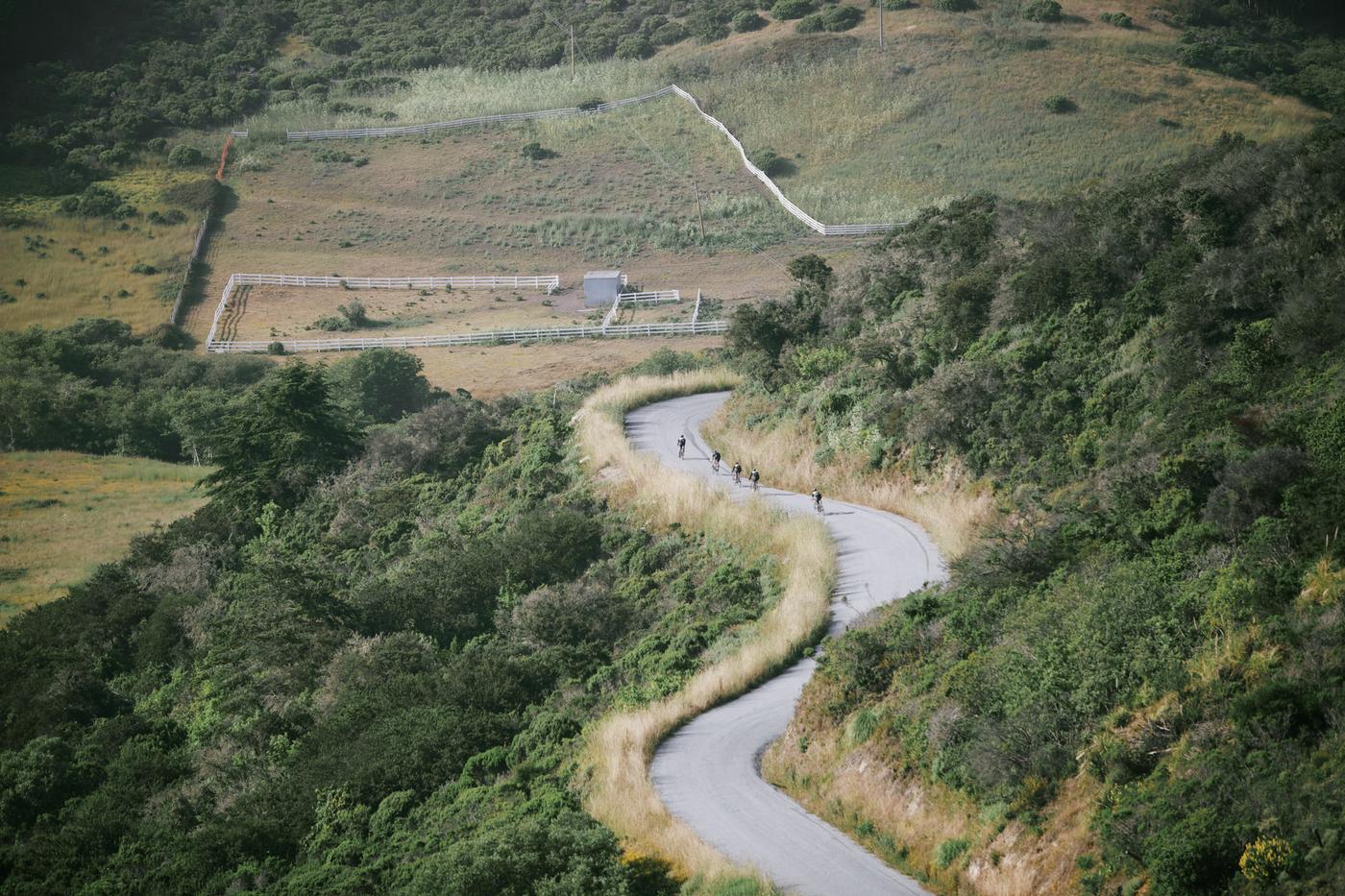 Over the next three days, we rode north to Santa Rosa. We covered 300 miles, 30,000 ft, 24 hours of riding time, 2 campsites, too many Probars, and 4, maybe 5 crashes, with 30% dirt. I learned that California has this incredible density of beauty. Breathtaking views seemed to be around every bend and on the top of every climb. But while the beauty was consistent, it presented itself each time in a new way, through different elevations and ecological zones.

Looking over the edge onto miles of fog, I felt like I was leaning over a hot air balloon. Thick Sequoia forests reminded me of Jurassic Park. Any impression the miles and feet of climbing could have left, were crushed by the impressions left by the view to Mavericks, the Golden Gate Bridge, the scorching sun along King Ridge, and a hundred kinds of dirt and gravel.

On the final day, our group lined up to race the King Ridge Grasshopper Series, but we all knew it wouldn’t matter how we finished. That day was all about time and place, because even though we will all ride in California again, it will never be like it was that first time, in those new places.