The day began with a cold start up a big climb. Reefton Spur road is a beauty!

“Aged many years in the wood”. How many years? Well, like everything in Straya, there’s a story for that. Daniel John Hale has seen his share of saddle time in the years he’s spent on Earth. An ex-pro mountain biker, owner of the Best Bike Shop in the World and one of the first solo riders to take on this particular area of Australian Bush, Dan’s no stranger to the wood.

Ten years ago, he did a similar ride to what we just completed this past weekend but instead of two days, it took him four. Rather than ride a mountain bike or a geared bike, he took his singlespeed Monster Cross. No GPS, no satellite phone and no idea where he was going, save for a map he bought on the side of the road. Later, he, Dave, Scooter and Andy began to tackle these rides annually. That’s 10 years in the wood of Upper Yarra, familiarizing themselves with the ‘bush, the many off-shooting tracks and trails.

Last year, a very similar ride changed me as a cyclist. It took the 215 pound me and slapped it around before spitting (i.e. shitting) it back out. I learned a lot in two long days, but left Melbourne wanting more. When I mentioned returning this year, Andy proposed me landing in for Dan’s 40th. As Andy put it, “we’ll do another ride”…

A total of nine riders started, seven finished. Andy’s brother made it up the first climb before returning home and Scooter, one of the original badass couriers in Australia (and aforementioned Upper Yarra riders) only had time for Woods Point and back. That left Dan, Andy, Joe, Dave, Reuben, Mal and myself for the haul… Enclosed is the ride report for the first leg of this 26.6 MP/C* ride.

Check out a bunch of narrated photos in the Gallery! 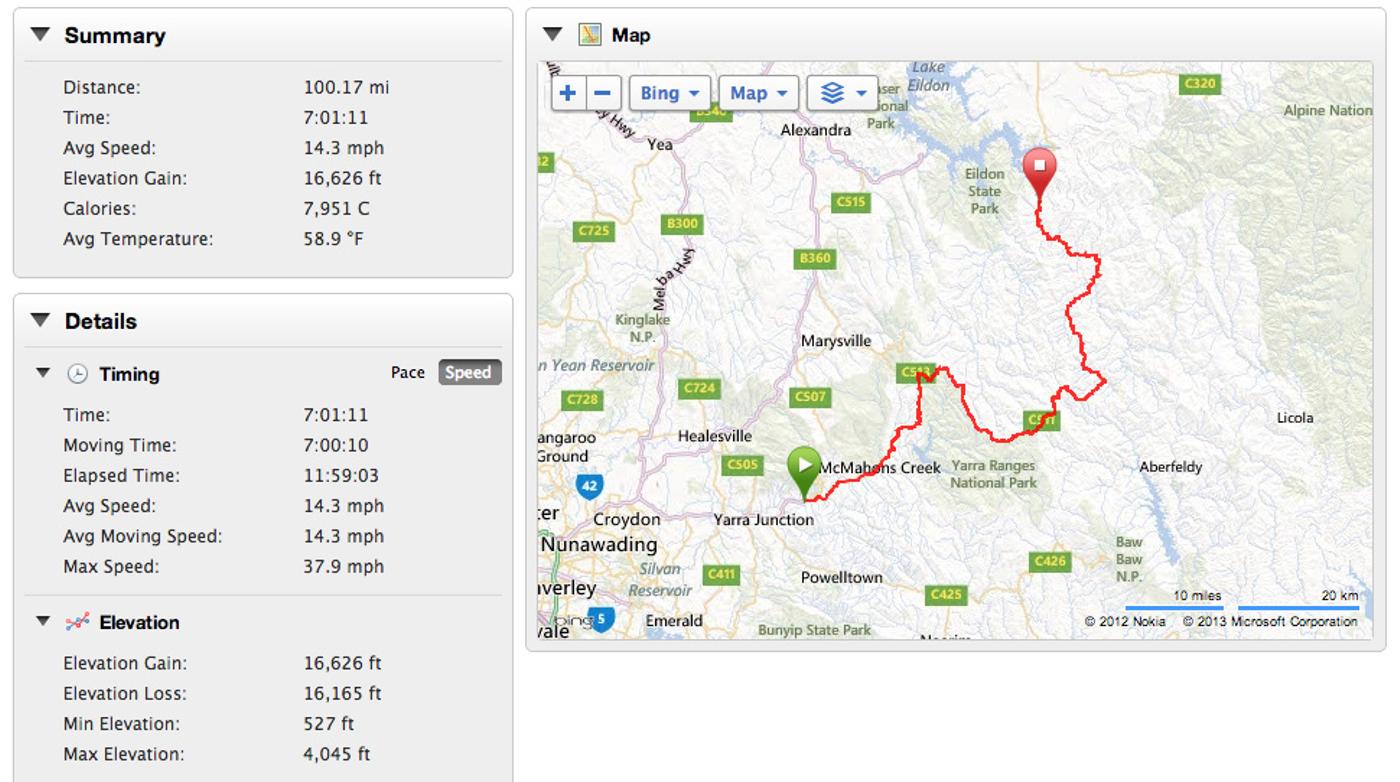 See more information from this ride on my Garmin Connect.