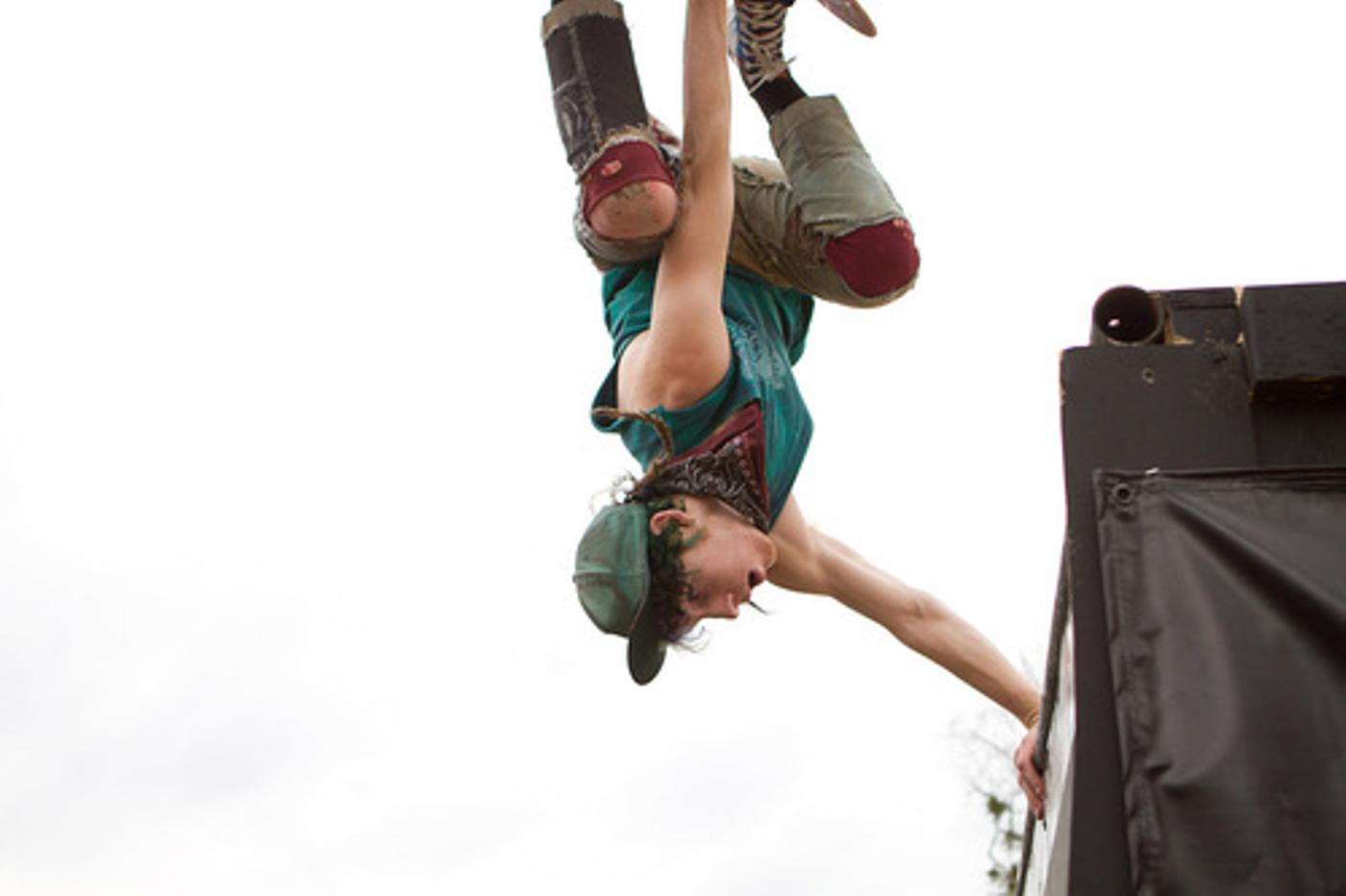 Today in-between people watching and riding around, I swung by the Scoot Inn to check out Thrasher Magazine‘s Death Match party. It’s SxSW and I was expecting a mob-scene but it was really chill. A bunch of dudes were thrashing the half-pipe was bands played (more on that later). It’s not often that I get to shoot skateboarders so I had fun hanging out for an hour or so.

Check out more photos from the Thrasher Magazine Death Match half-pipe below. 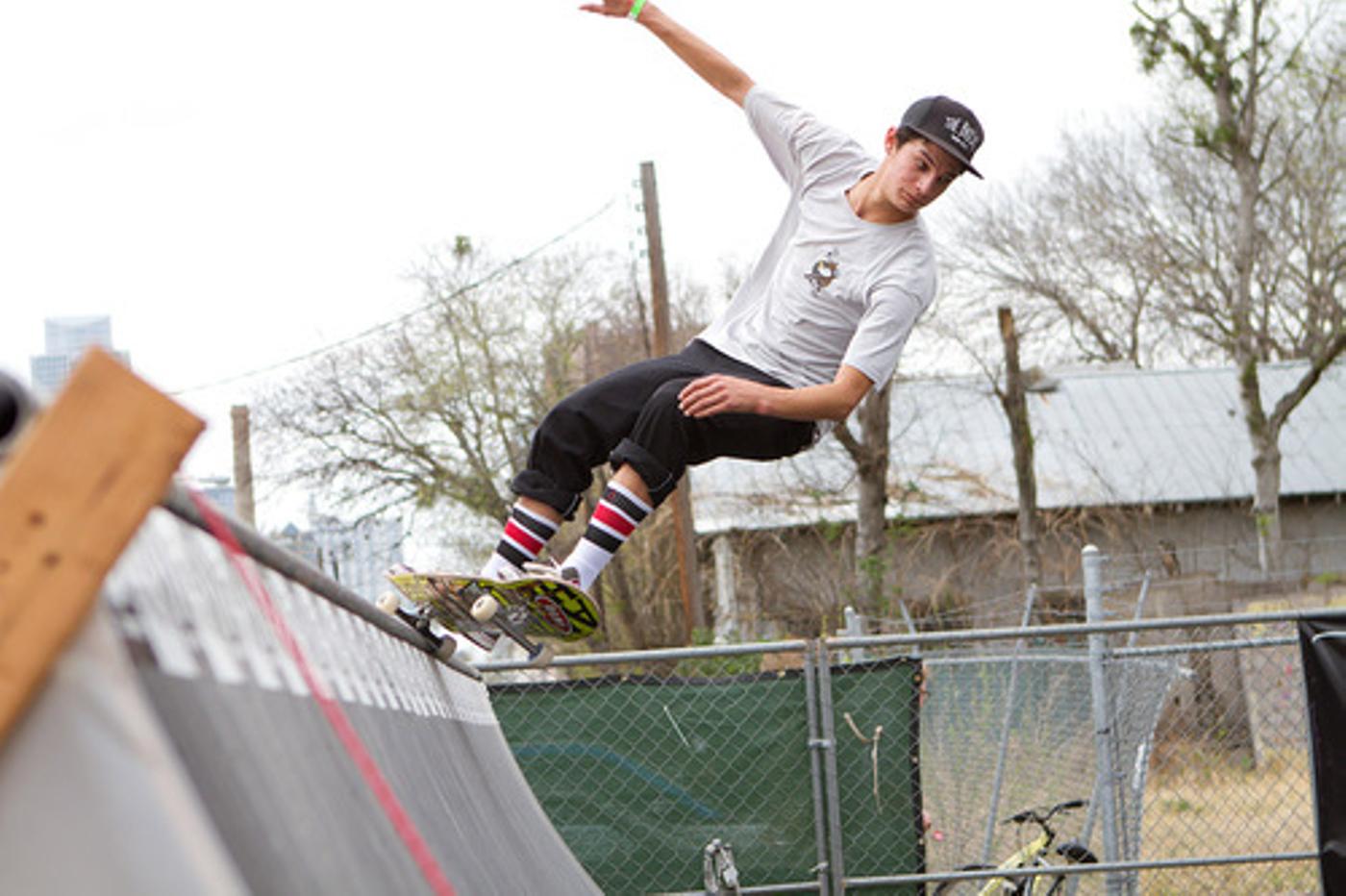 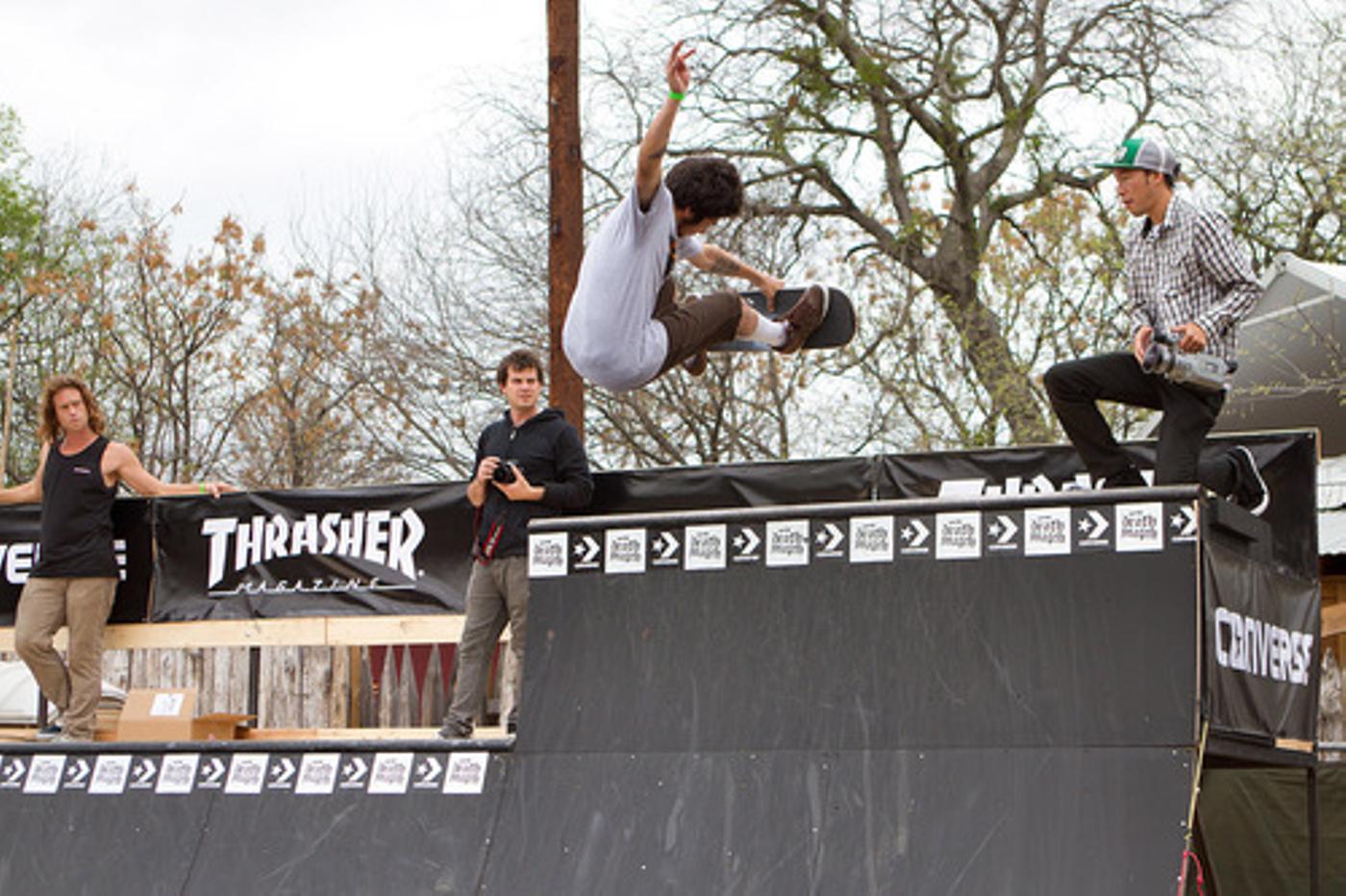 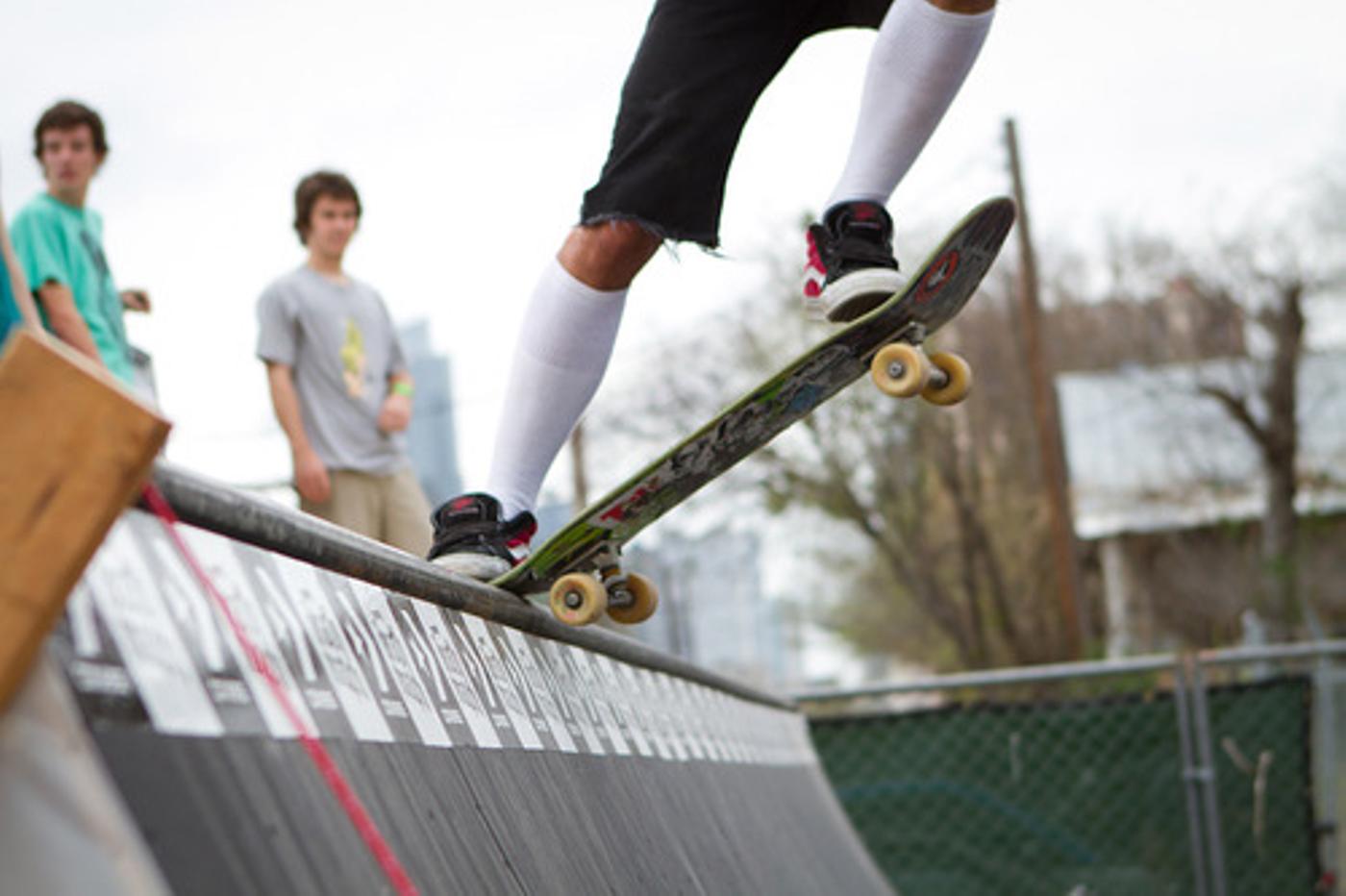 Dudes were blasting the shit out of this ramp and the crowd was pumped. Check out a slideshow of photos below.