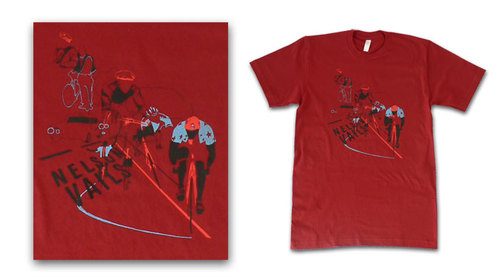 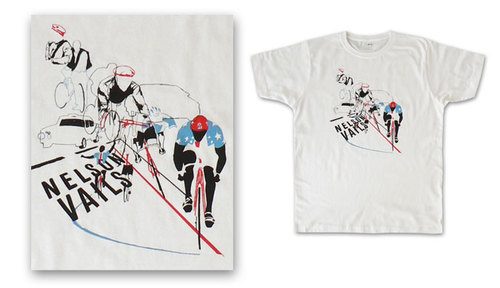 Urban Hunter‘s newest drop will include this pairing of Nelson Vails homage shirts. For those who aren’t aware, Nelson was born in NYC where he raced road and track. Eventually he competed in the 1984 Summer Olympic Games and the UCI Track World Championships in Colorado Springs back in 1986. Another interesting tidbit of info is that Vails was a bike messenger in Quicksilver.

Pretty rad! Be on the lookout for these at Urban Hunter later this week.