Today, we’re continuing our vintage featurette, straight from The Pro’s Closet museum with a 1992 Slingshot Team Issue bike, build period correct in all its glory. If you recall, last year we featured a unique Slingshot build complete with a basket and high-rise cruiser bars. While we’re all about repurposing vintage bikes, it’s nice to see one built up to a pro-level spec! Check this out below with words by Mike Wilk and photos by John Watson… 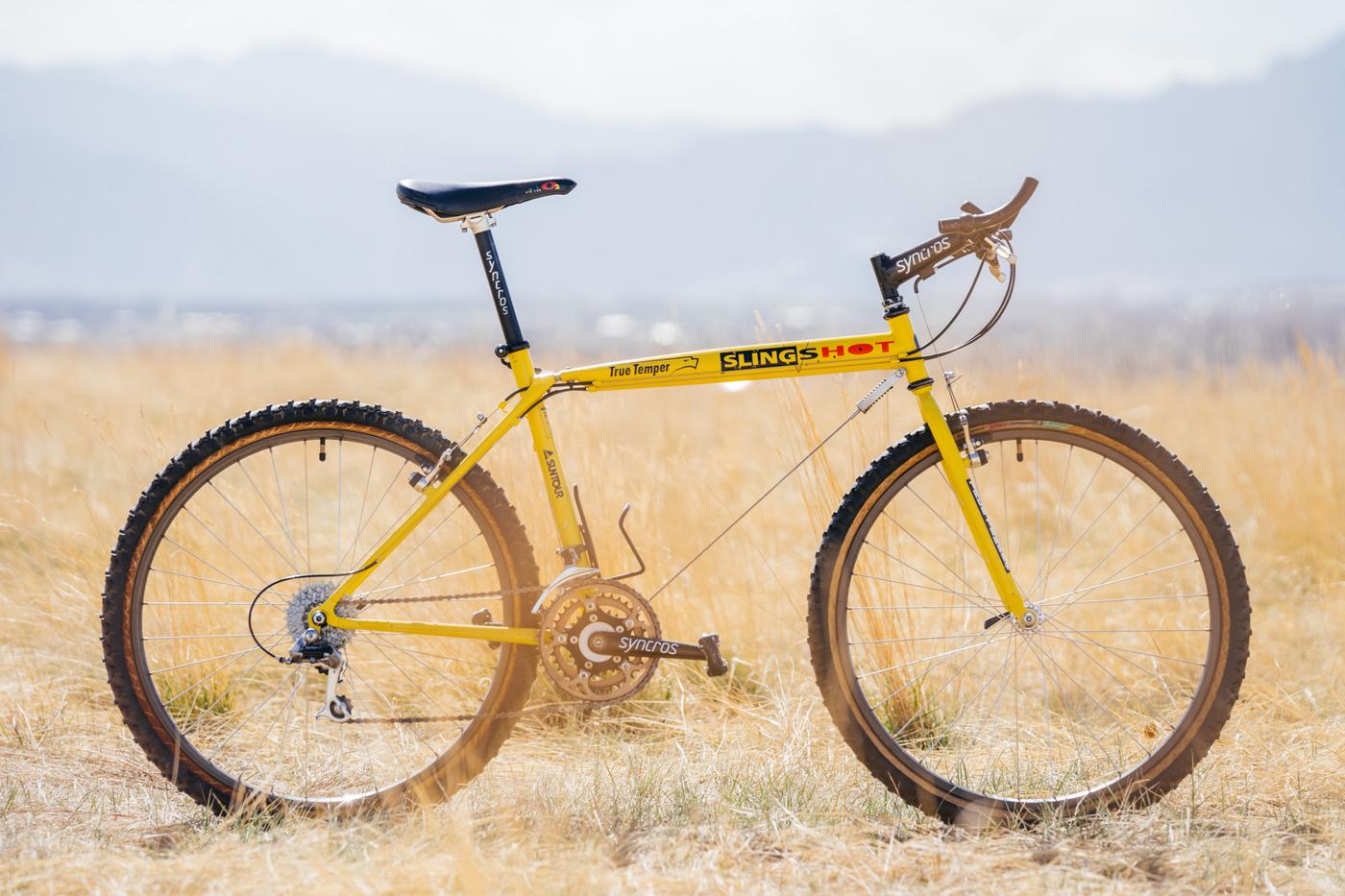 “Dude, who stole my down tube?” The Slingshot might look strange, but it rode surprisingly well. Here’s the story of an ingenious inventor from the Midwest and his unconventional mountain bike design.

Look, I get it, you came here to hear me rip on just how bad it is, how it must ride on par with how weird it looks. Like, dude, who stole my down tube?

I will admit that one of the most disappointing experiences I’ve had in 30 years riding bikes off-road involved my first time on a Slingshot. A good friend of mine raced one in college, and he was fast as hell on it, so there had to be something to it, right? Not really, his dad owned the company at the time, but that’s not important right now. So yeah, there I was, mid-30s with a real job, no kids, bleeding disposable time and income, and sick with obsession over collecting mid-nineties vintage MTBs. I had finally found a Slingshot in my size, right year (’93) with the proper rigid fork. I threw on a Suntour group, found a trailhead, and prepared myself for just how bad it was going to be. And I was just so disappointed … by how normal and well-behaved it really was! I remember at one point during the ride I reached down to grab the head tube-mounted coil spring to feel whether it was working at all. That was stupid.

Come on, bike, be weird. Be terrifying! 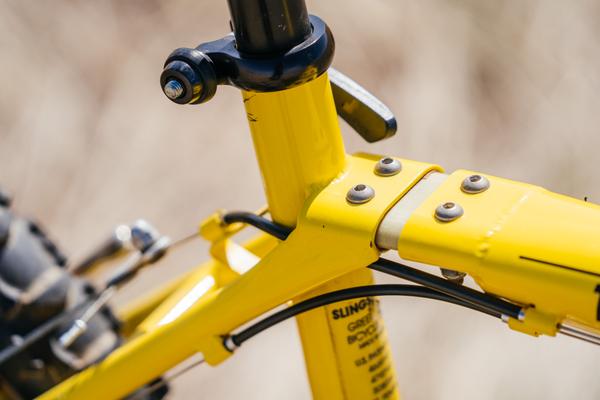 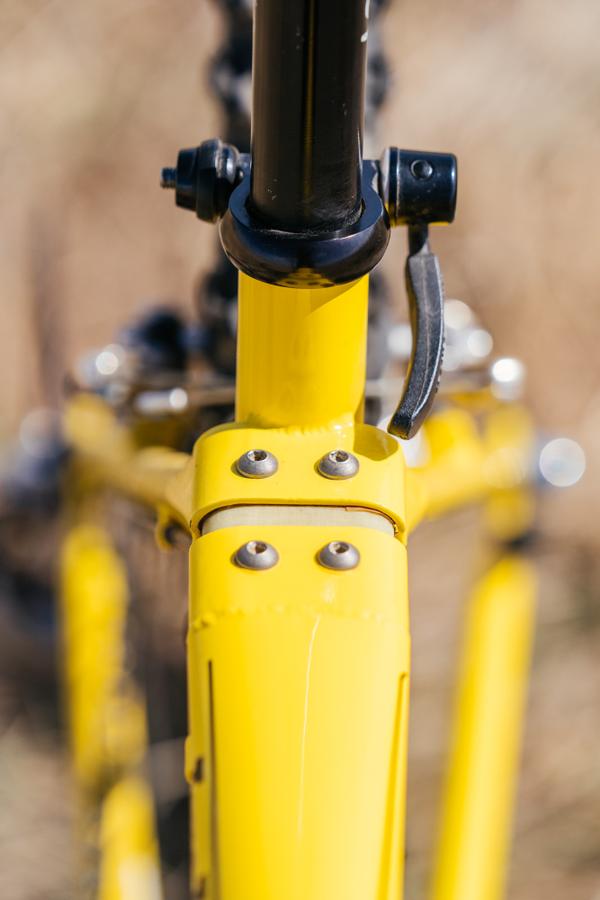 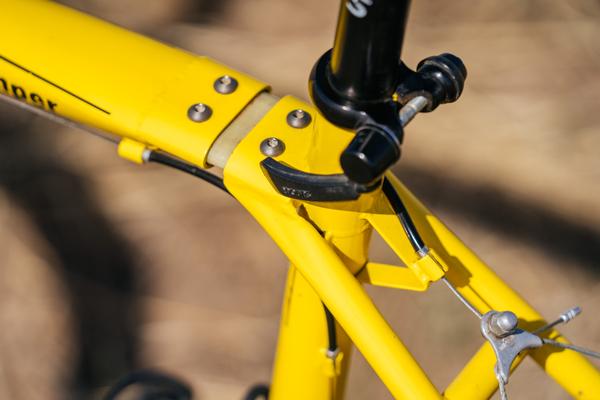 I wasn’t doing it right at all. These gentle, open space paths of south Denver were beneath the Slingshot’s bump-eating abilities. This wasn’t the Midwest, where Mark Groendahl grew up. No long climbs, no long descents, just miles of twisting flat, momentum-sucking baby head rocks and roots to ruin your day. That’s where Groendahl found himself one day, grinning over how his motorbike felt unnaturally smooth in those Michigan woods. He was then blissfully unaware that his frame had broken and was flexing at the top tube, causing the wheelbase to frighteningly grow and shrink around every turn. Flexing. Smoother. Yes. Groendahl would become a disciple of flex. He designed his first bicycle in 1980 using a ski as the top tube. Hilarity did not ensue, so to keep the bowing frame upright, he installed a cable and spring to control the flex. 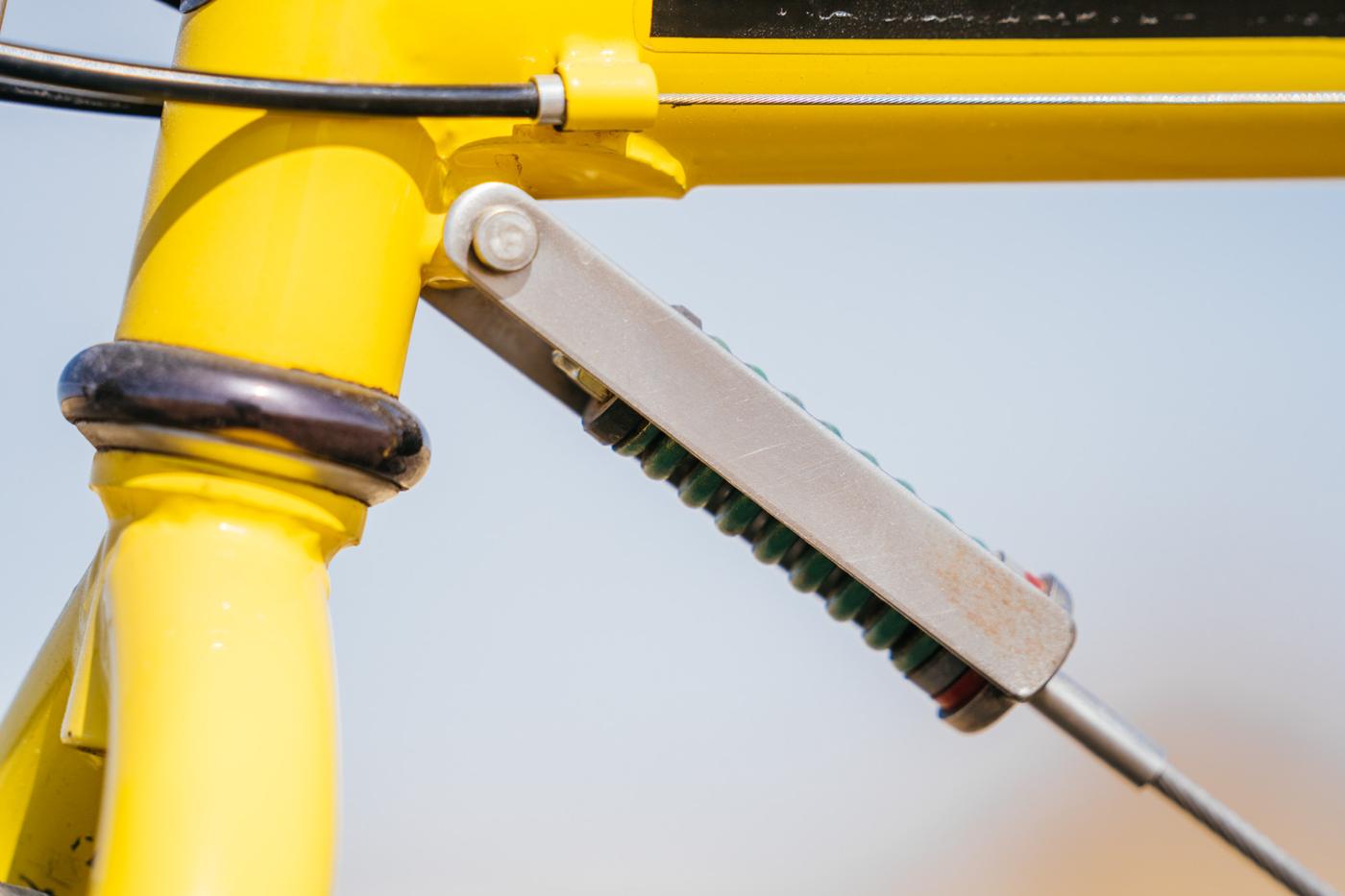 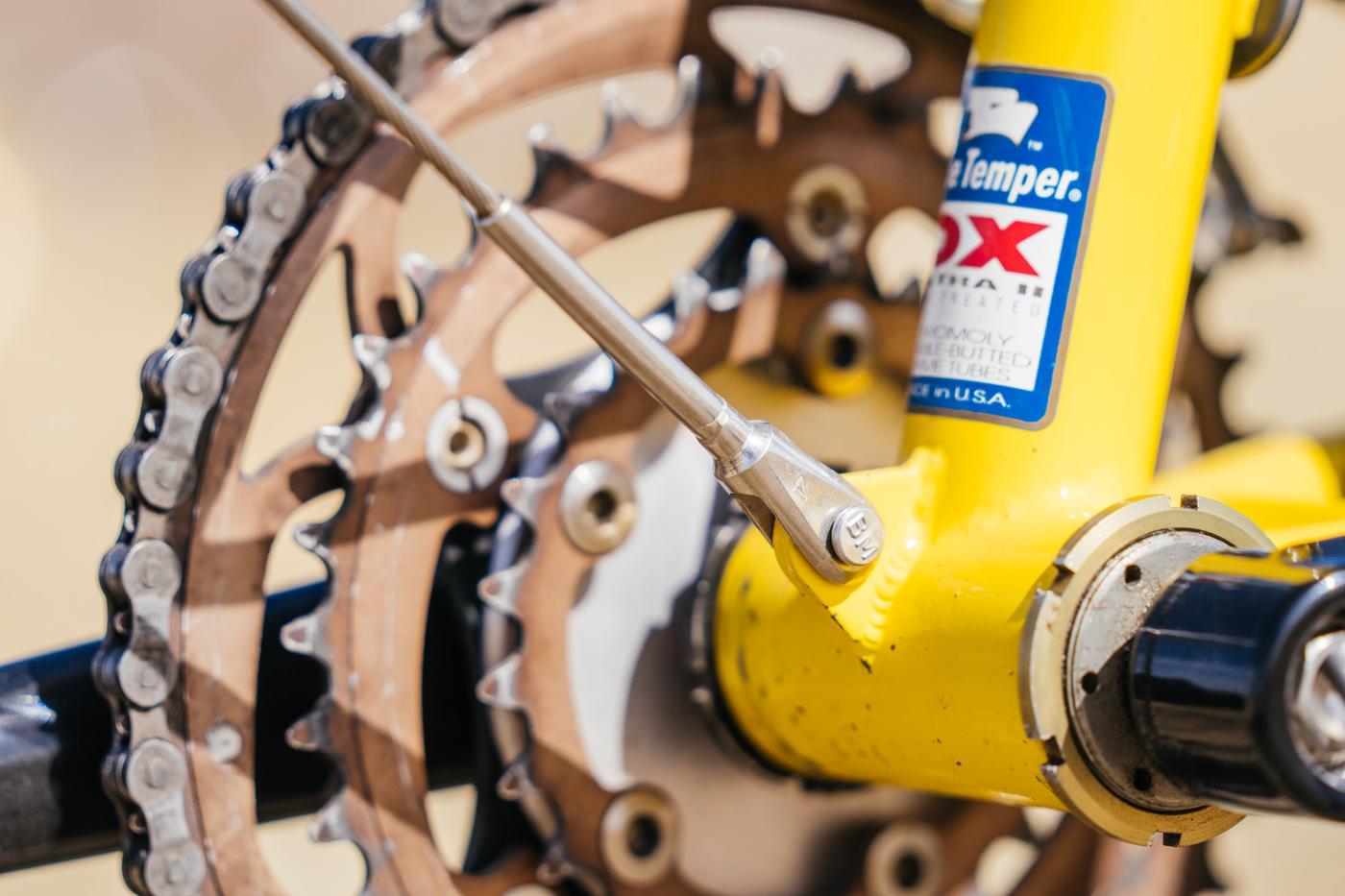 Control the flex. Groendahl read books on physics. He studied energy transfer and spring rates. He filed for his first patent: The Flexible Bicycle, and formed Greendale Bicycle Company in 1982. A year later he had his first production BMX frame. 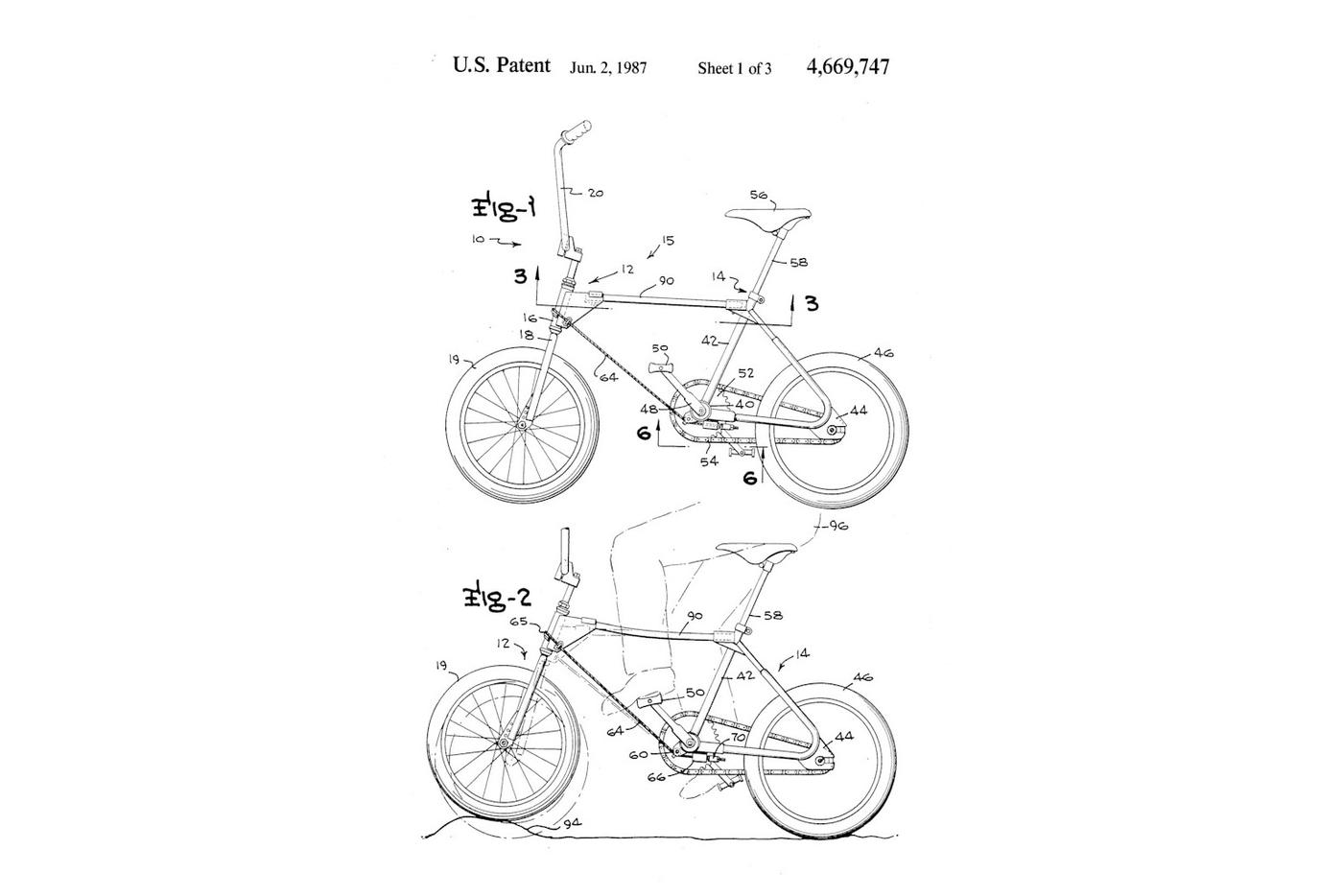 Groendahl was convinced his design was faster and gave his frames to racers to prove it. Three years later, he developed the first Slingshot mountain bike frame, which was essentially a crude 26” version of his BMX bike. Mountain bike racing took off in the late ’80s and Groendahl pounced, signing NORBA Pro Martin Stenger to a race contract. He brought a bike to Interbike one year. Tom Ritchey told him it wouldn’t work. Groendahl persisted and sales climbed. The frame design evolved and eventually, Slingshot settled on the traditional “boom tube” top tube that you see on this bike. 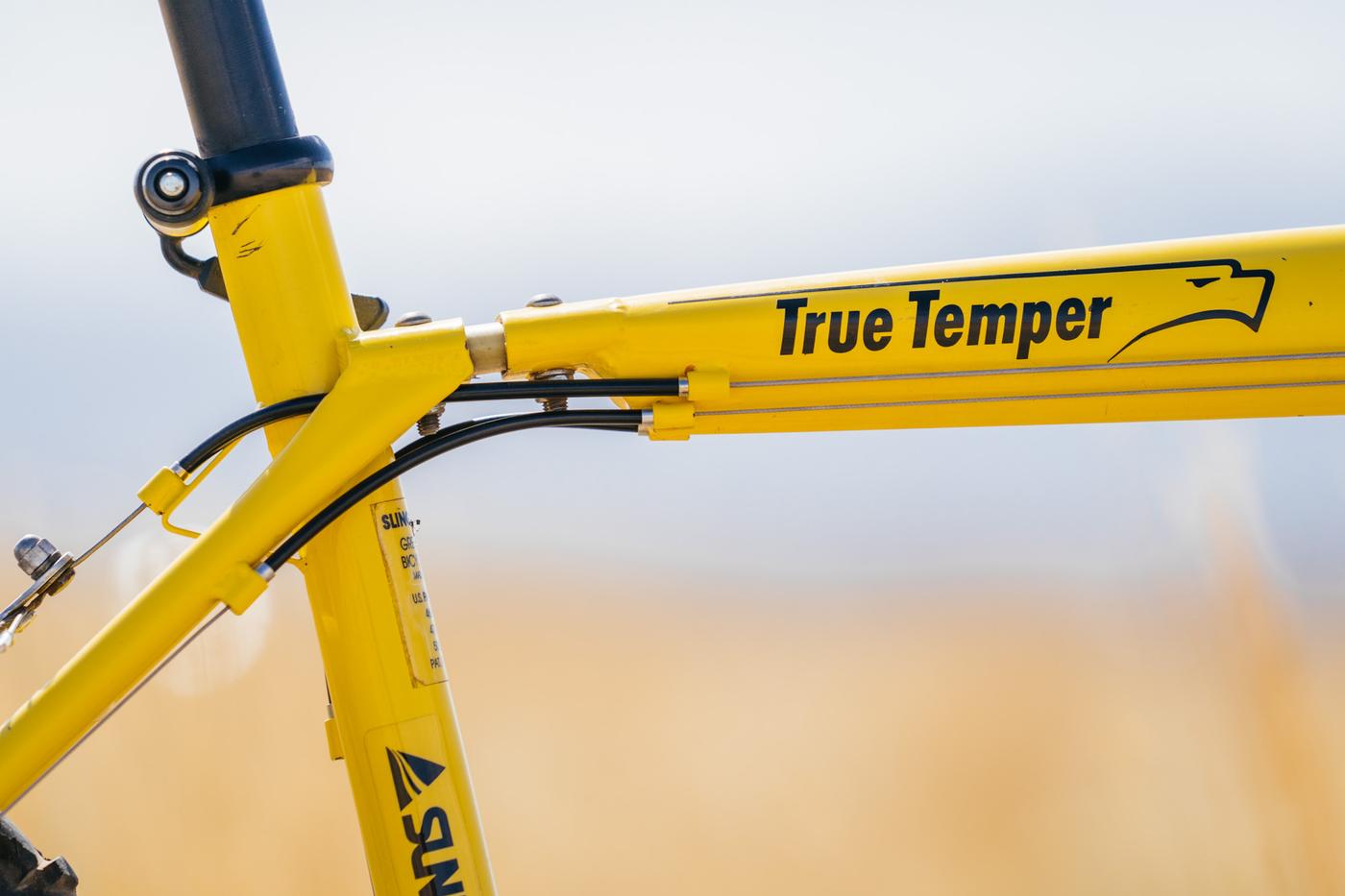 I raced my boom-tubed Slingshot at the Keyesville Classic in Lake Isabella, California in April. It’s identical to the bike featured here, 1 of 18 made for the race team in 1992.

In preparation, I put about 50 hard Durango miles on it to make sure it wasn’t going to explode. No, the rear end didn’t walk away from the rest of the bike during hard corners. No, the front triangle didn’t fold like a lawn chair under hard braking. It rode like a normal vintage bike. The Suntour XC Pro kit shifted with the mechanical thud of a 1958 John Deere tractor and the brakes decelerated without all that unneeded fuss of rear wheel lockup. Chatter bump absorption was noticeable. During quick, repeated turns while seated, the bike seemed to inchworm along the trail, which is a really cool feeling as the frame snaps into action. 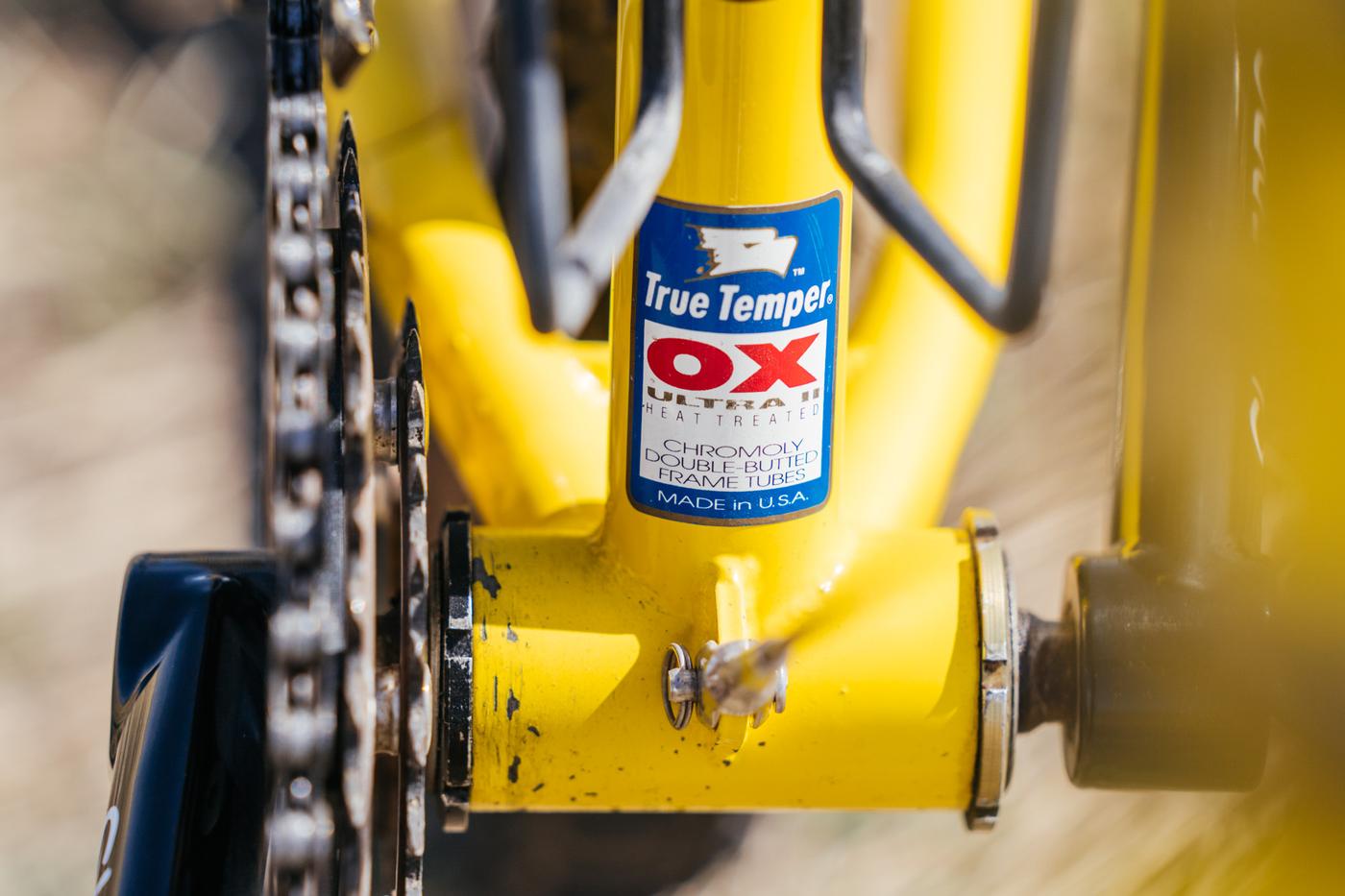 In 1994, facing mounting debt and exhausted from years of claiming, “Don’t knock it till you’ve tried it” to consumers, Groendahl sold the Slingshot name and design to Michigan businessman Jim Fuller. Slingshot would press on making cable-controlled frames well into the 2000s, and even saw a slight resurgence in popularity with 29er movement. Groendahl would form two more bike companies based on the flexible frame concept but neither would turn heads like the original Slingshots in the 1990s. 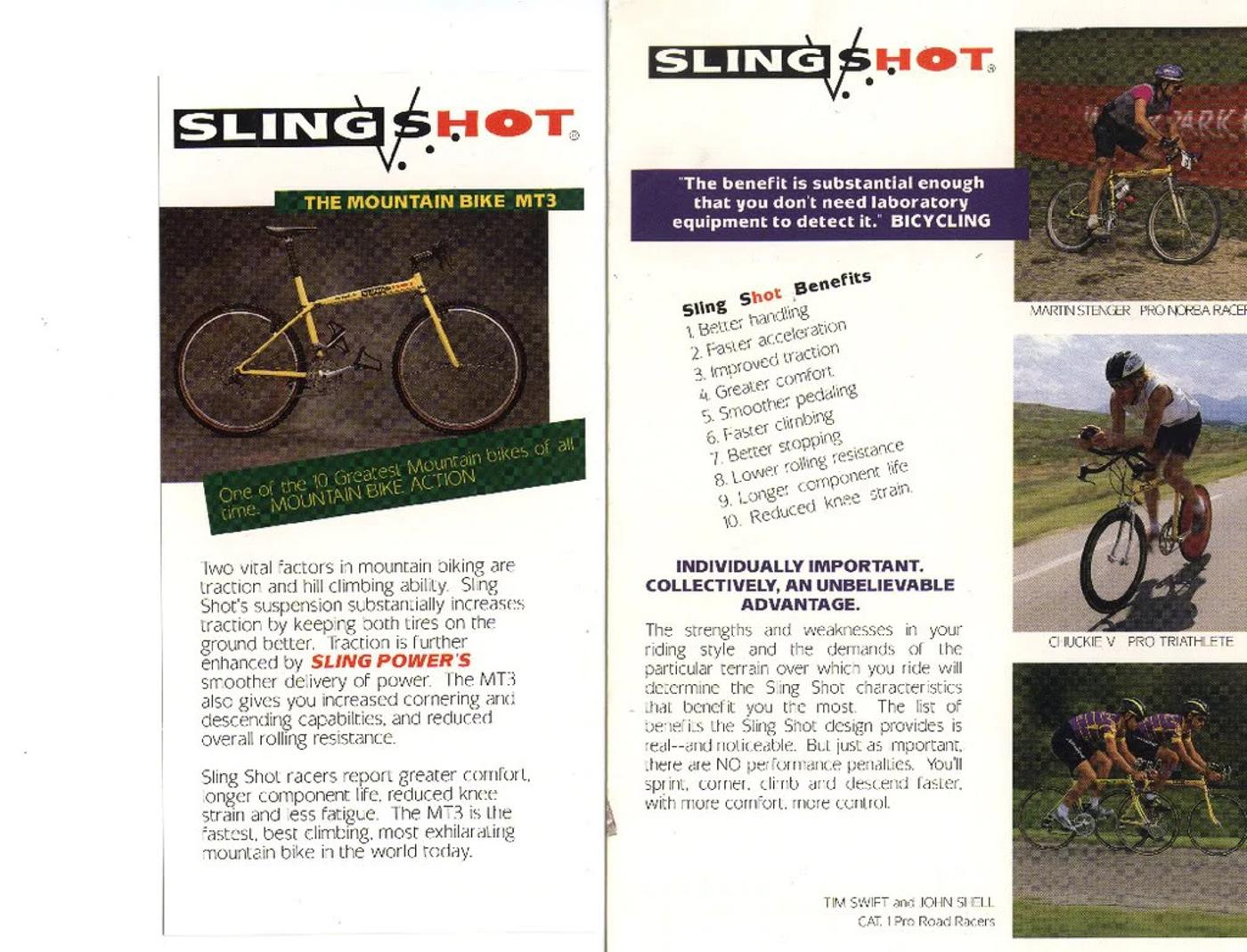 Ok, I’ll relent … I’ll dish on one really crazy thing about the Slingshot. If you huck to flat, the wheelbase extends like two inches, but when it snaps back, it’s literally terrifying.

But that’s the charm about riding vintage mountain bikes, right? 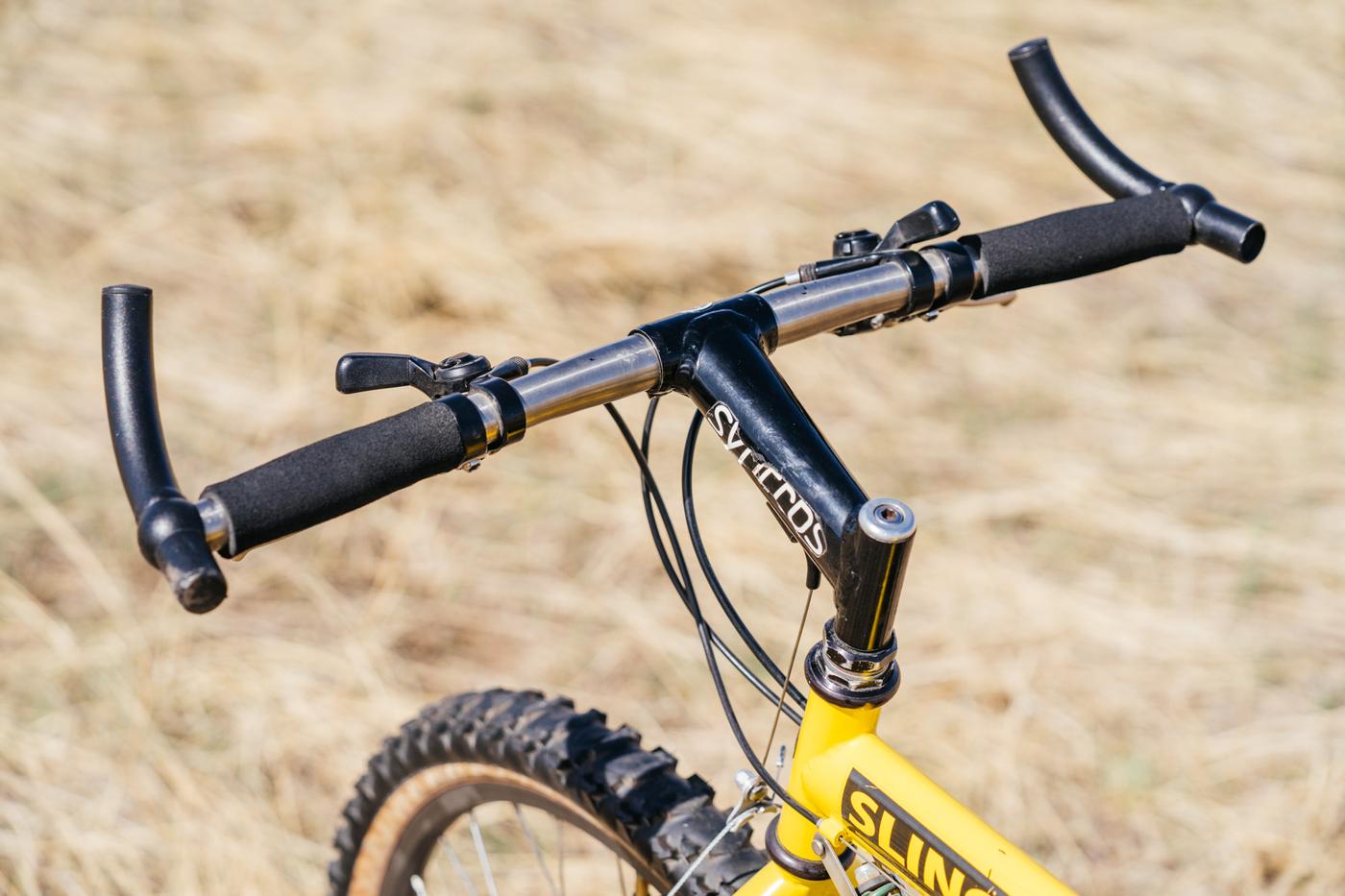 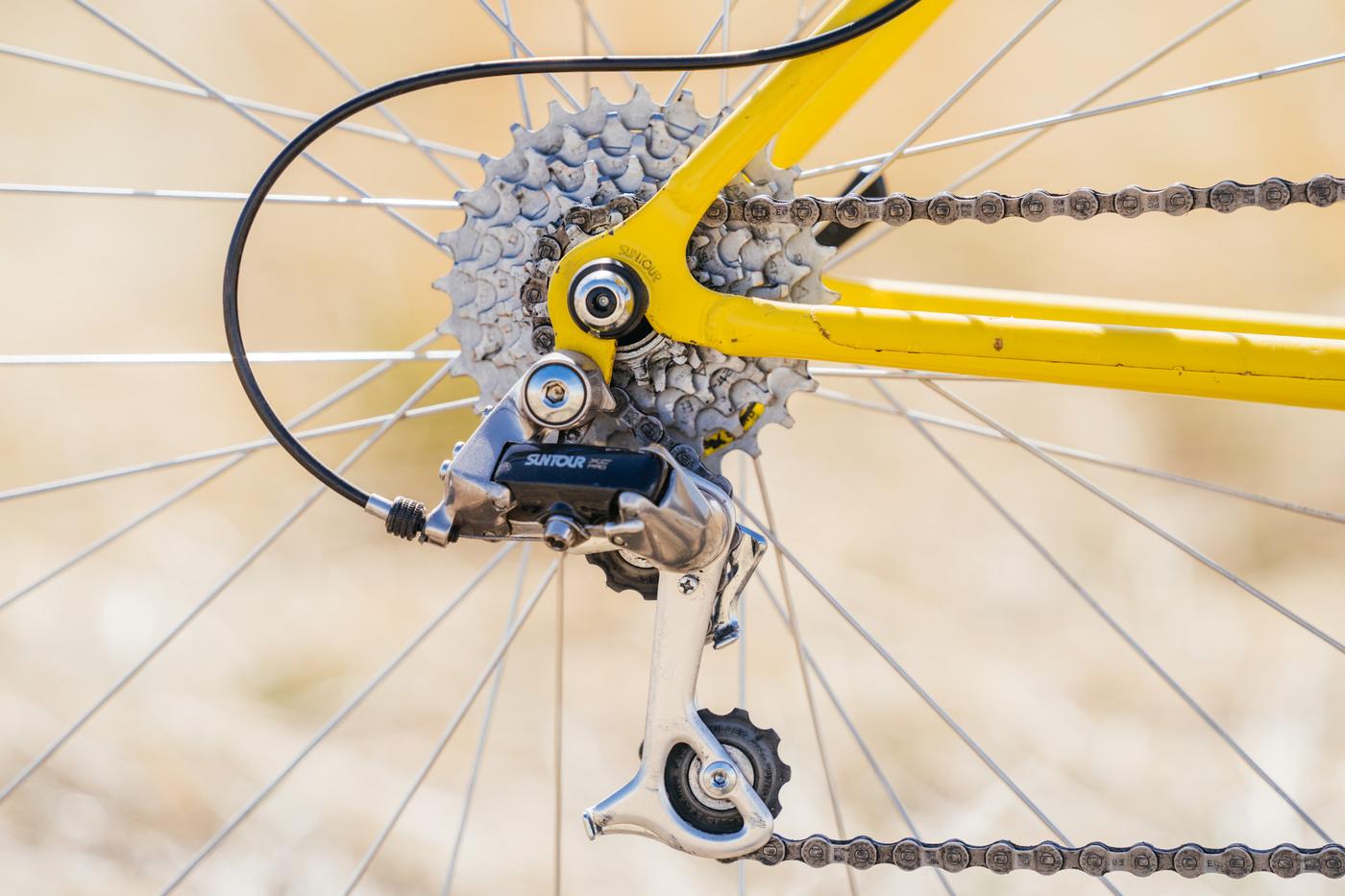 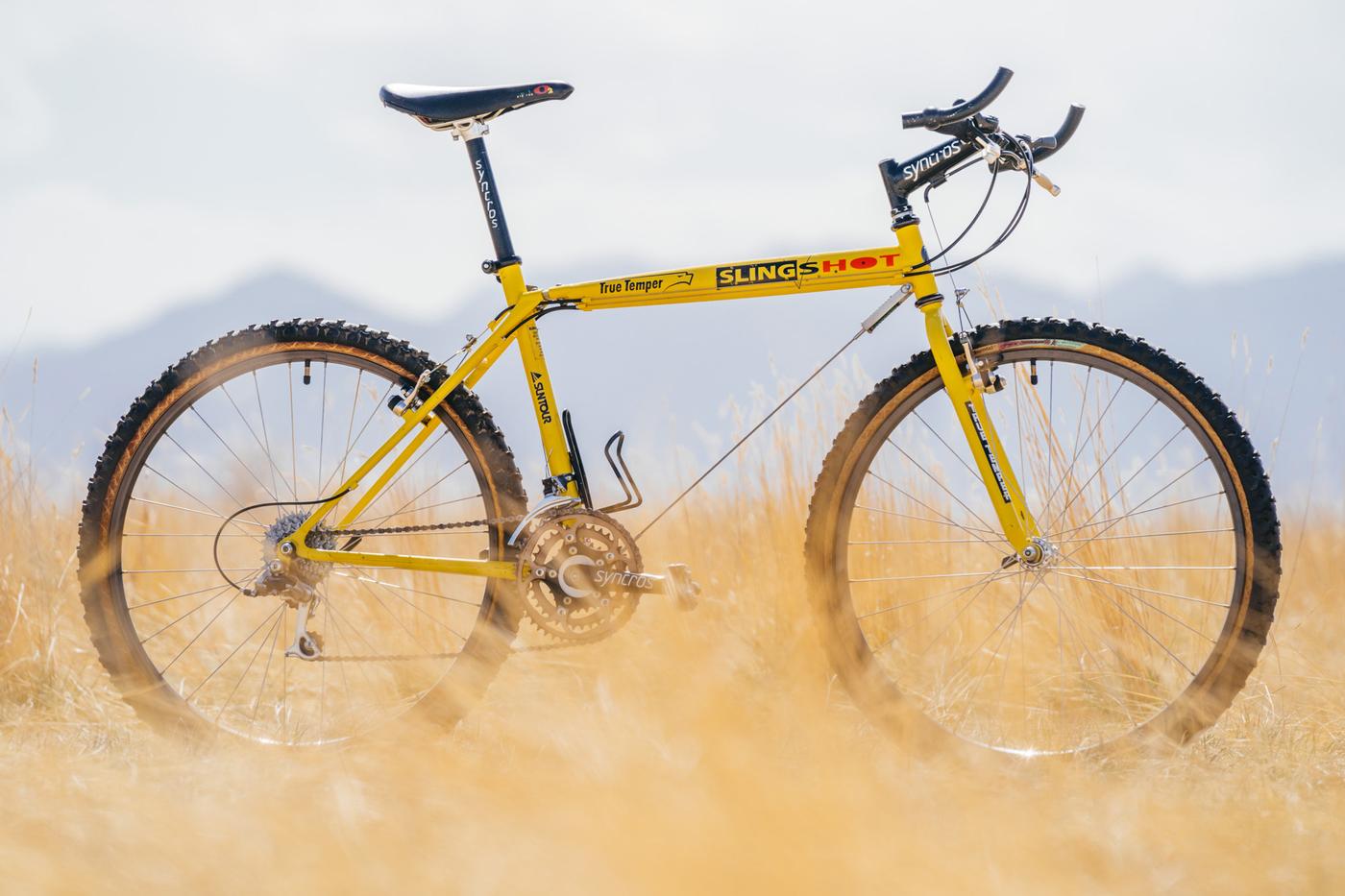