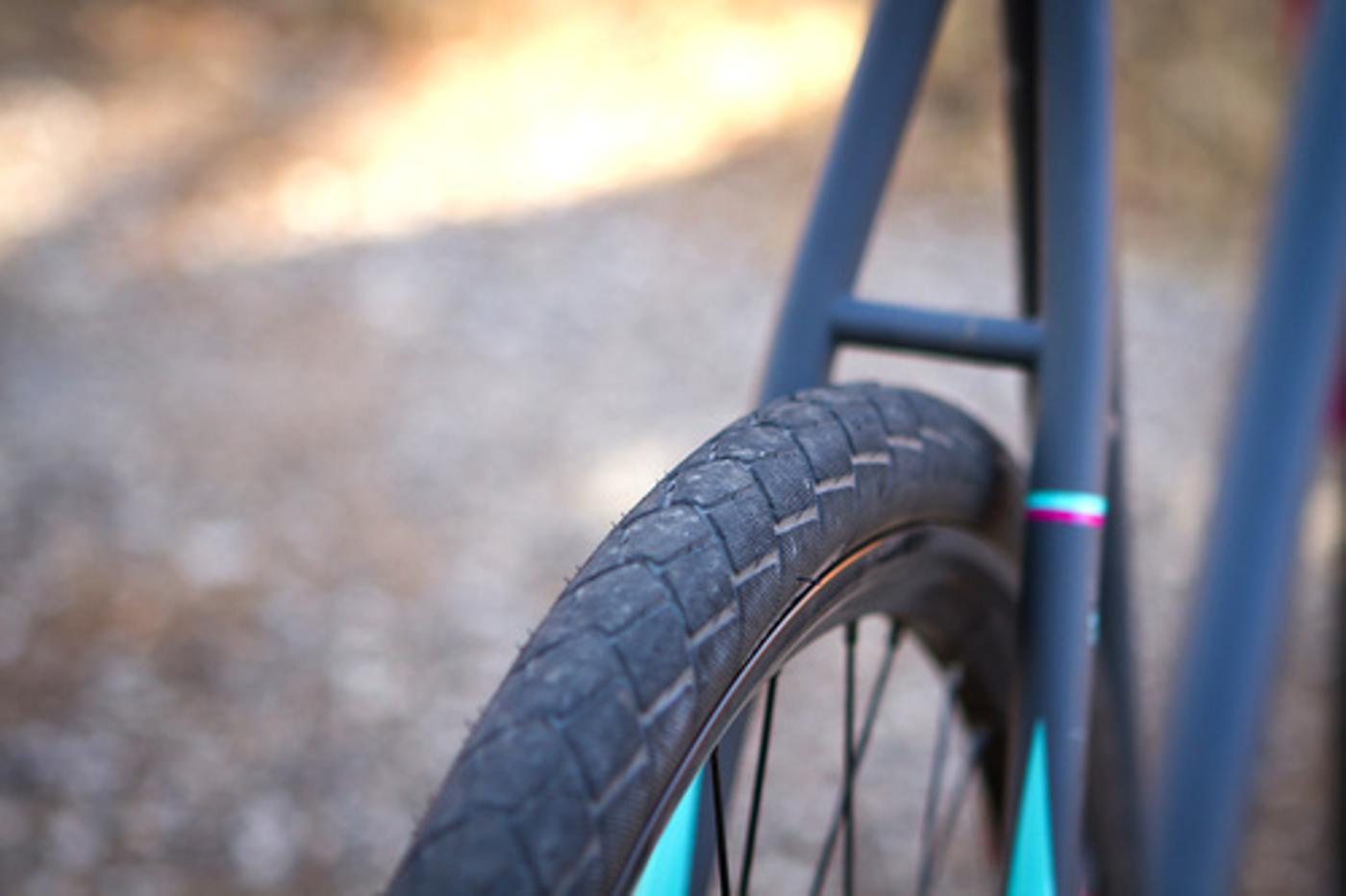 Since day one, I’ve been telling the guys at Fyxation to make a bigger tire. Finally, at Interbike this year, Nick brought over a pair of the new 35c Sessions tires to wave under my nose and lemme tell ya, I liked what I smelled. Well, they are finally available today, at the Fyxation site and I’ve been giving these a go over the past month and they’re holding up really well!

Check out more photos and the rest of my Well Used review below. 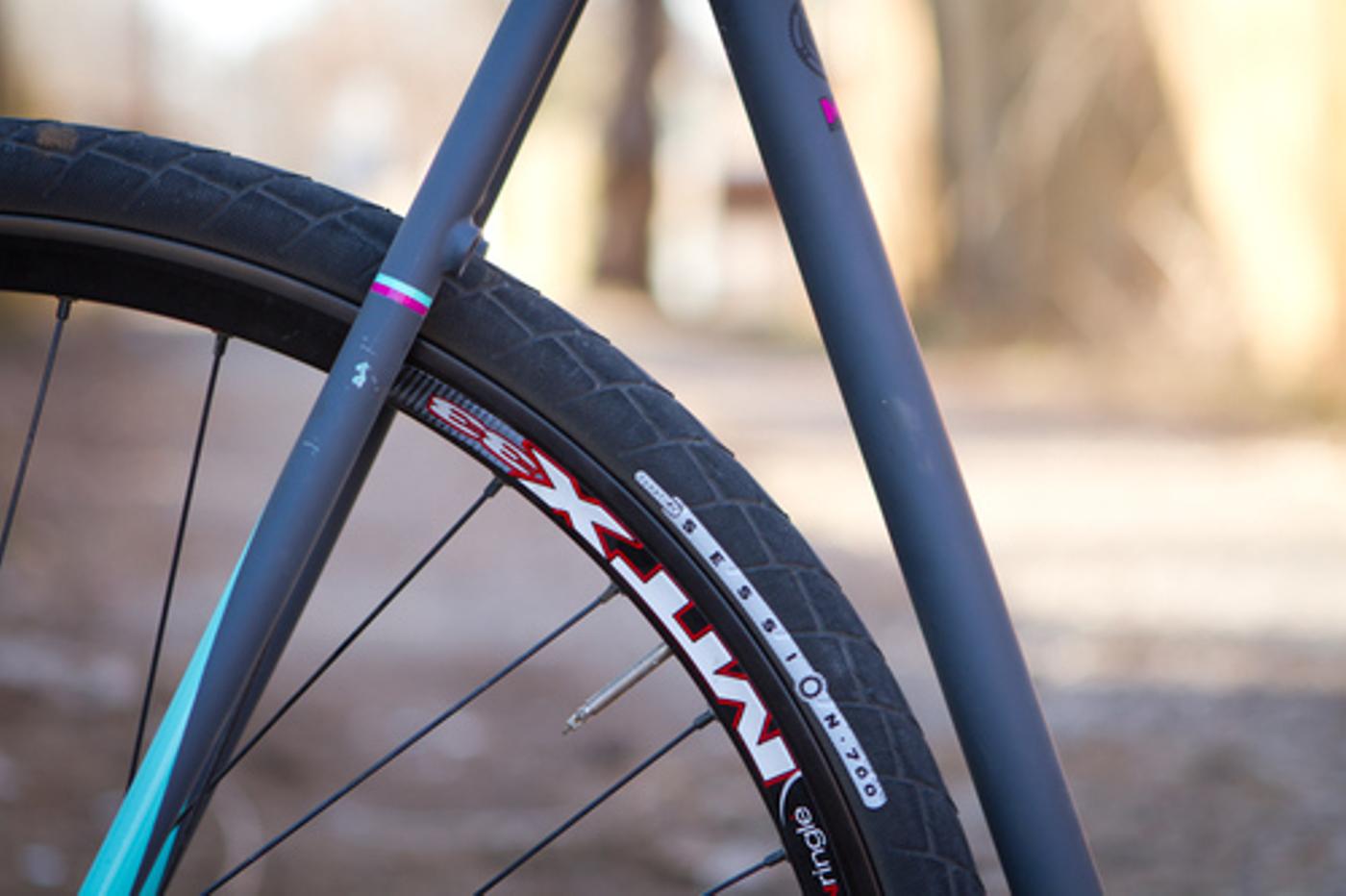 The 35c, when on a wide rim like a MTX33 balloons out to around a 40c. Now, ideally, I’d like for these to measure 48c but that’s another story. 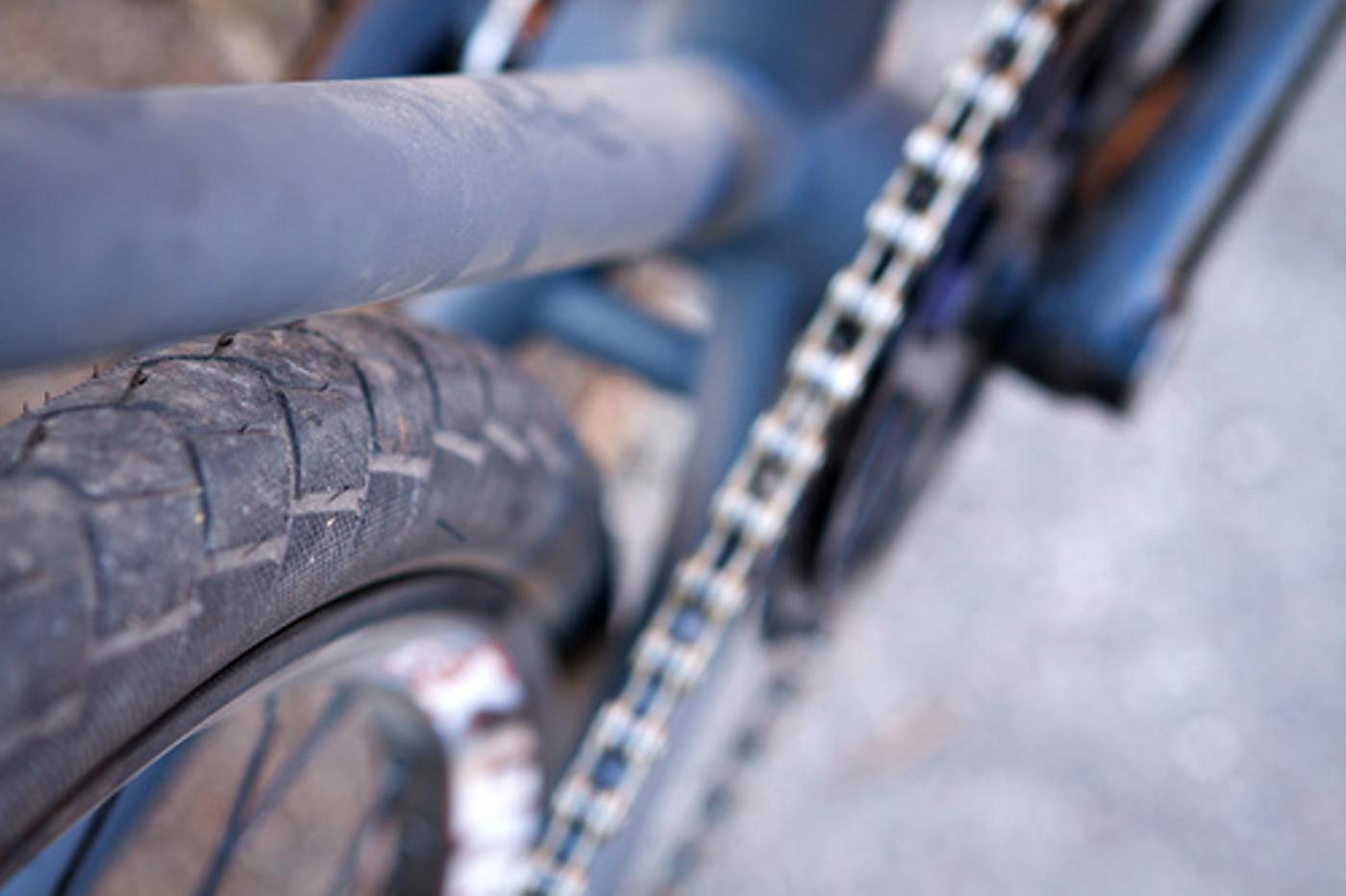 One of my favorite tricks are whip skids. I’ll do them all day long and they’re one of my choice ways to get moving fakie. I used to run a Specialized Hemisphere on the back but the bigger tread and inconsistency with the compound made them less than reliable for whip skidding at high speeds. These however have a wrapping tread that’s consistent across the entire tire. As you can see, these have held up great. Now I’m not sure if Fyxation used a different compound or what but they’re taking a liking to the abuse. They even hold up to tire slides on curbs and have great pinch-flat resistance. I’ll still run a fatter tire up front because I like the cush. Now, I had all intentions of giving these a go and going back with a 48c tire in the rear but I like them so much, I think I’ll keep rolling them for a bit longer.

Thanks to Nick and Ben at Fyxation for sending me a pair and hit up your LBS or buy them direct from Fyxation! I just saw the black tires were sold out on Fyxation’s site but Ben’s Cycle has them in stock!