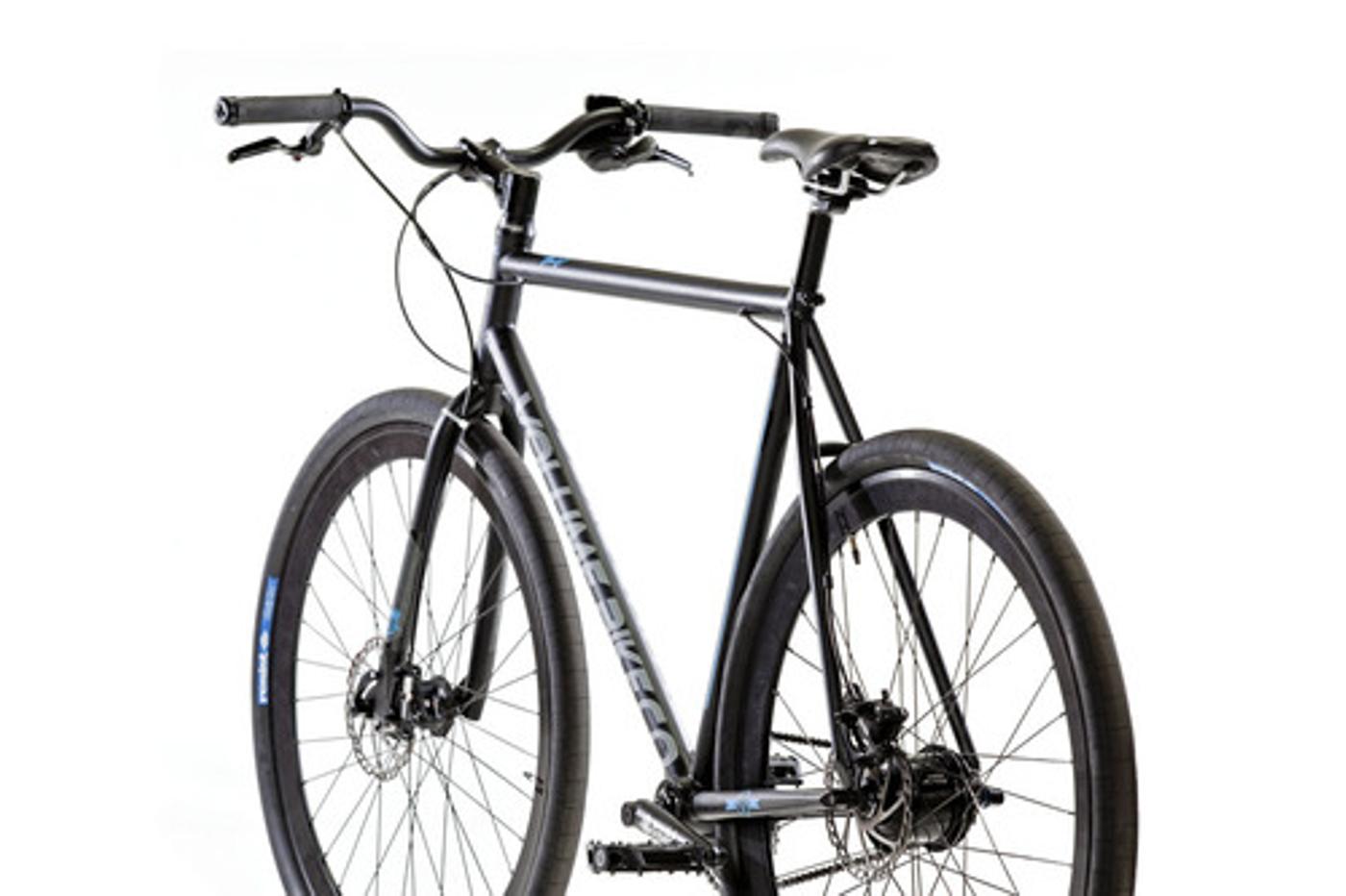 Volume just posted up photos of their new Generator complete:

“Our first Generator frame was from one of our CRMO, single speed frame that we used to jump around on. We later transformed it into a full-on commuter with an 8-speed Alfine hub and front and rear caliper brakes. The bike felt amazing but aesthetically we felt it was missing a lot of new features that we always wanted on a bike. Some of the main features we always wanted the eccentric bottom bracket and fixed dropout. We always liked them on mtb’s due to the simplicity and consistent chain alignment, plus it looks simple and clean. Another key feature was a great geometry. Coming from a BMX background, we still wanted the Generator to be able to jump a curb and still take a beating. With all the speed in the world, we still need to stop. We stepped up to a full dual piston, hydraulic disc brakes.”

This looks great and it’s pretty rad to see they’re using an eccentric BB. Also, I’m glad they’re adding fender mounts. That was my biggest critique before. If I had to guess an MSRP, with those components, I’d place it around $1,000. It might be a bit more due to the disk brakes but let’s see how close I am to that marker.