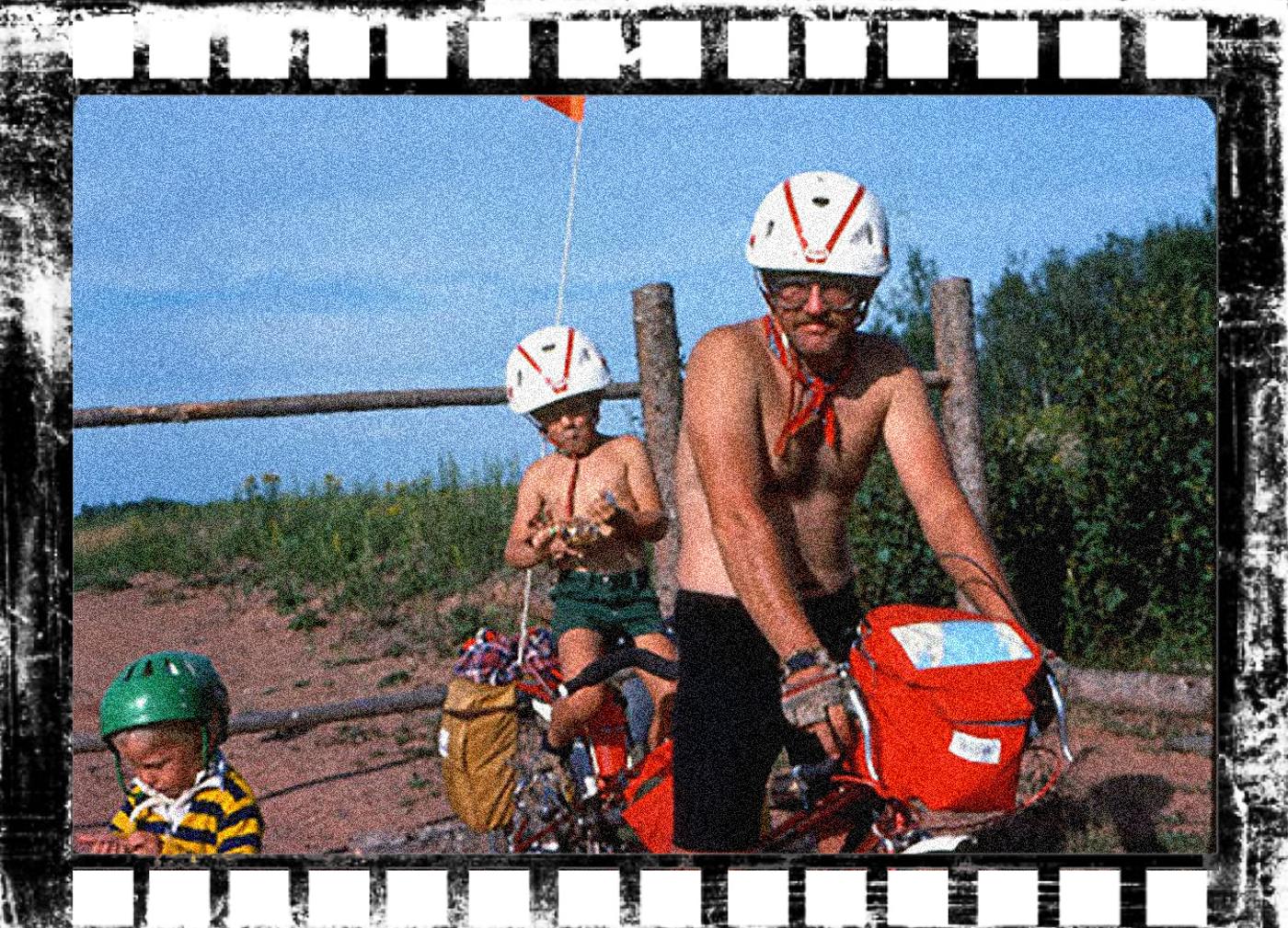 in 1957 my father, Dan Gullbongs traveled to cyclo-tour and let his flowing locks fly free in the winds of the Swiss Alps. Cresting the largest mountain, he happened across a monastery where mighty monk metallurgists spent day and night toiling over their ancient coal-fired forge. “What is it you handcraft here?” he bellowed at the monks above the howling wind. His inquiry met with silence, he parked his steed—a Nishiki Colonado—and investigated further. There he found the Monks drawing the finest titanium toobs in existence. Their rigor and dedication revealed to him something he had always known: this was his life’s calling. His casual curiosity turned to obsession as he spent the next 69 months working dawn to dusk with no reward but for the honing of his titanium manufacturing skills. By the end of his training, the monks were in awe of this chosen-one’s wizardry at the titanium forge. They rewarded his toil with one gift: a humble second-hand coal-fired Titanium forge. 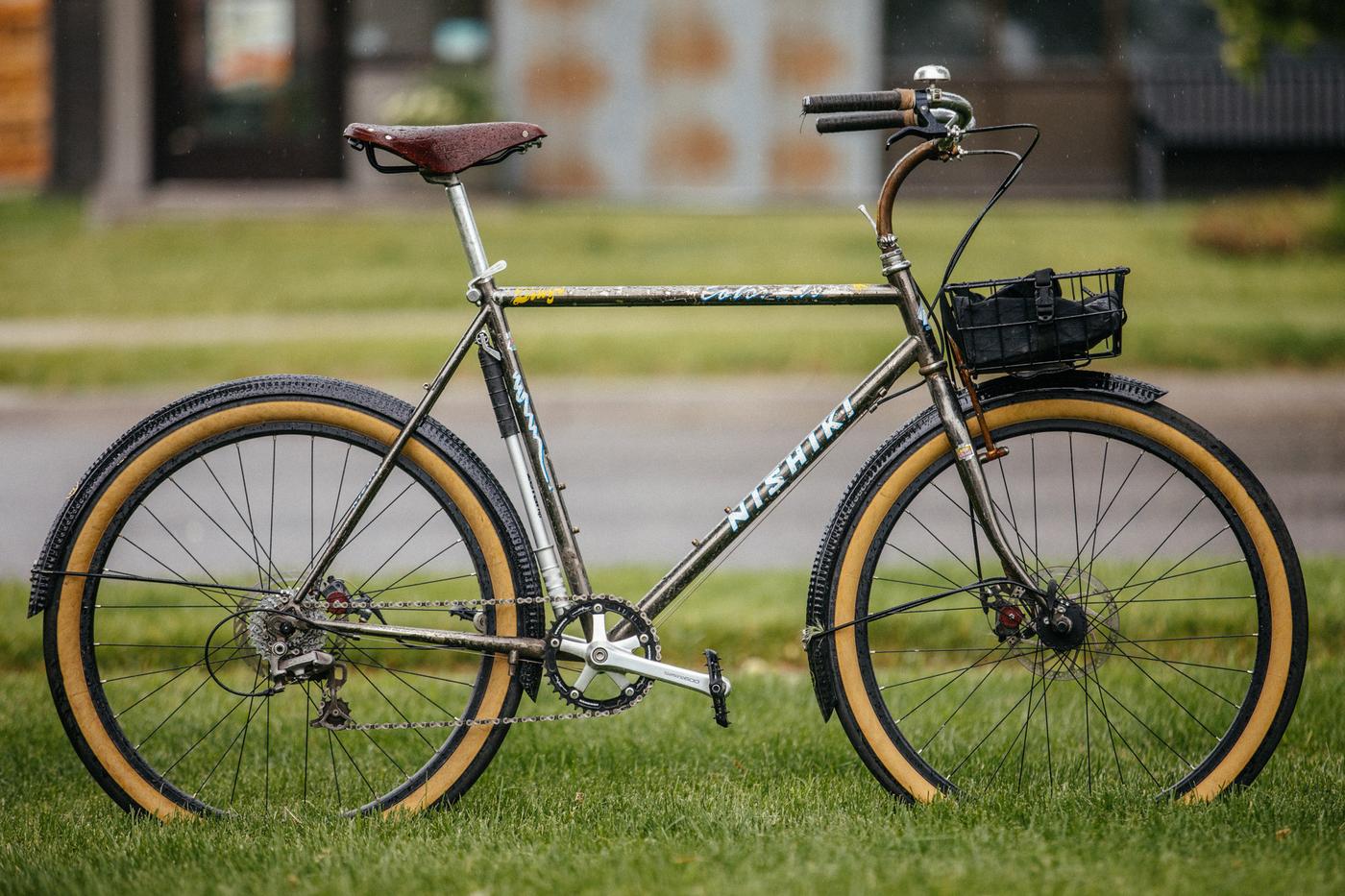 Dan returned home to his shop in Southern California a new Dan. He split his time between cyclo-touring, casual car camping, doing his hair, working on his novel (Art of the Dangle) and forging the world’s most beautiful, handcrafted, unbreakable titanium water pipes. His laser-focus on titanium forging was only ever slightly fogged by the fruit of his labor. Dan was born a craftsman though, not a bongtrepreneur, so sometime around 1969 Dan started looking for investors. Luckily I, Danny Gullbongs, was given the business gift and at the tender age of 6 became the company’s Chief Dong Officer, carrying on the family legacy. In the early 1970’s Dan’s namesake company was purchased by the Walton family and the rest is history.

This bike remains in my office to this day at DangleBongs-West-East, a tangible reminder of my father’s legacy. When I get really high, I can still see him sitting in the saddle, ding-dong-danglin’ along.