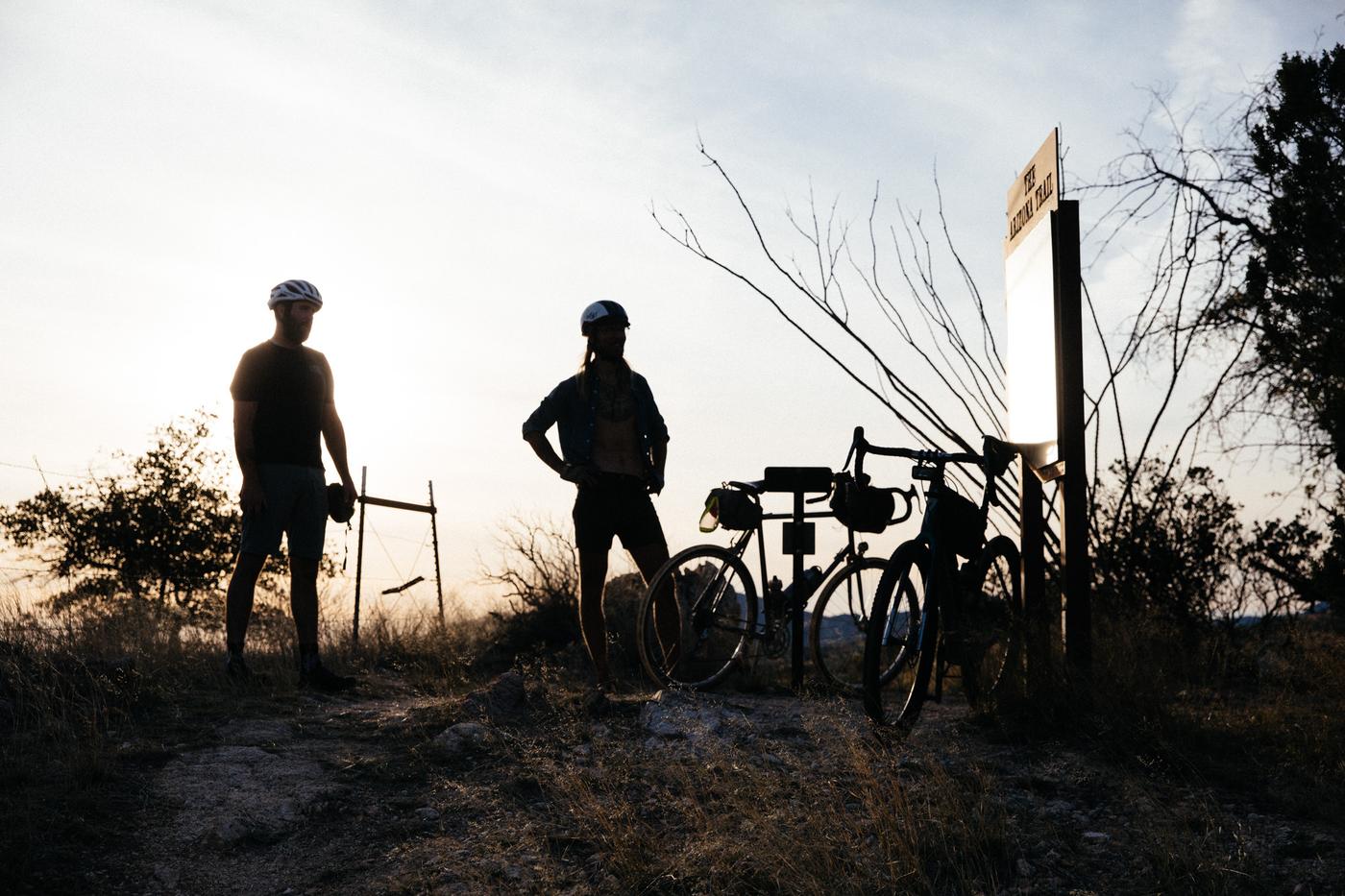 I’m not sure if it was intentional or not, but Ty, Julia, and I had 4 wheeled this route the day before, just in reverse. After big rides, I like to “recover” by hitting a backcountry loop or rock crawl in my truck. What took us four hours to drive, would probably take a lot less on a bicycle. At any rate, when Ty and I agreed to an afternoon ride with Benedict, we didn’t think he’d take us on the exact route we had driven the day prior. Much less, on road bikes. 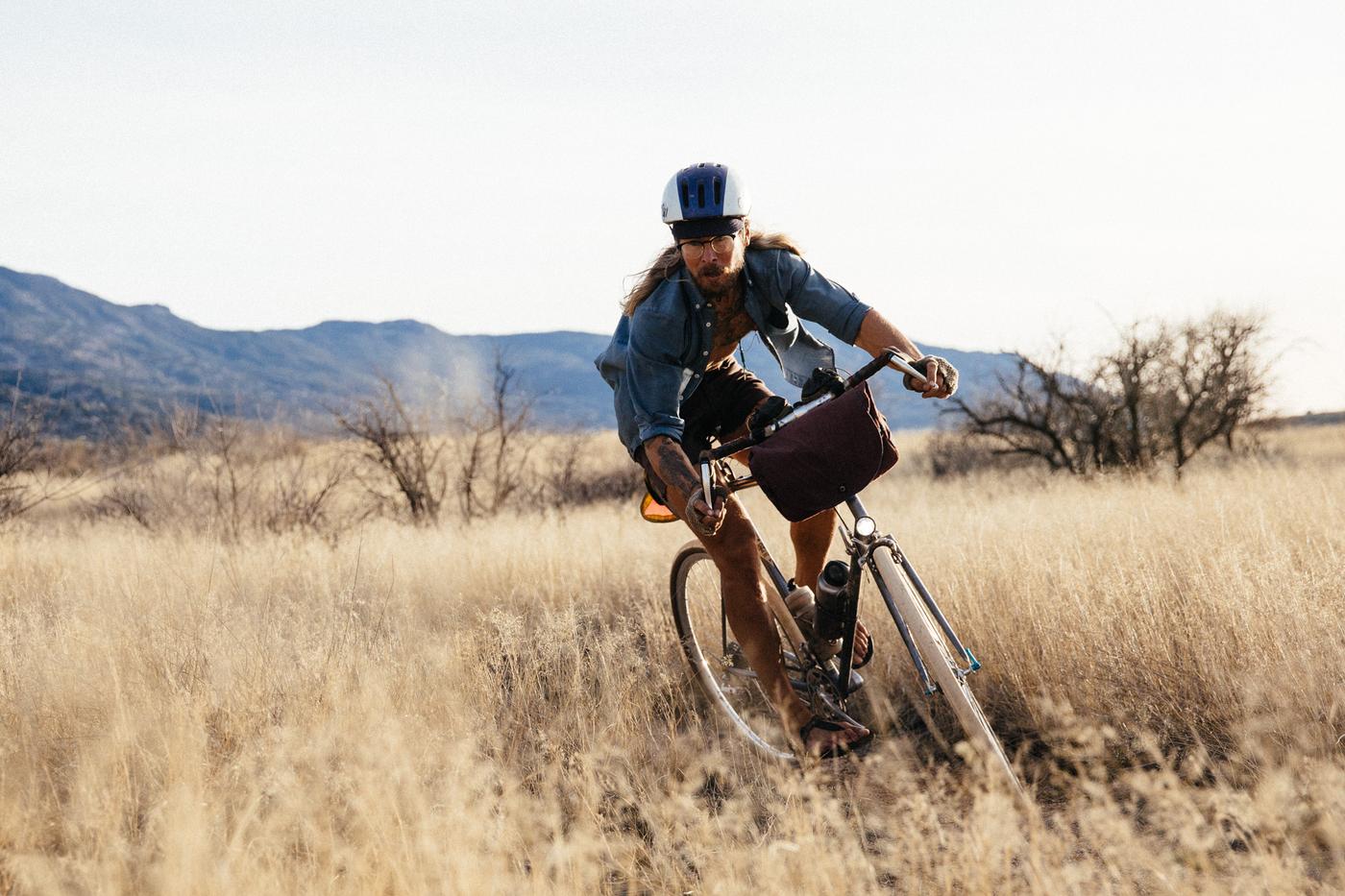 We began by pedaling in town and taking the bike path out to Reddington Pass, dropping into Chiva Falls, before hitting a spur called the Italian Trap Trail which linked up with the Arizona Trail, which we took back to Reddington and back down to town. It was one of those rides that were fun while you were doing it for a while, but you were always teetering on the edge of maximum underbiking overload. You know the feeling. Just as I was wishing I was on a more capable bike, we popped out onto Reddington and spun back to town. 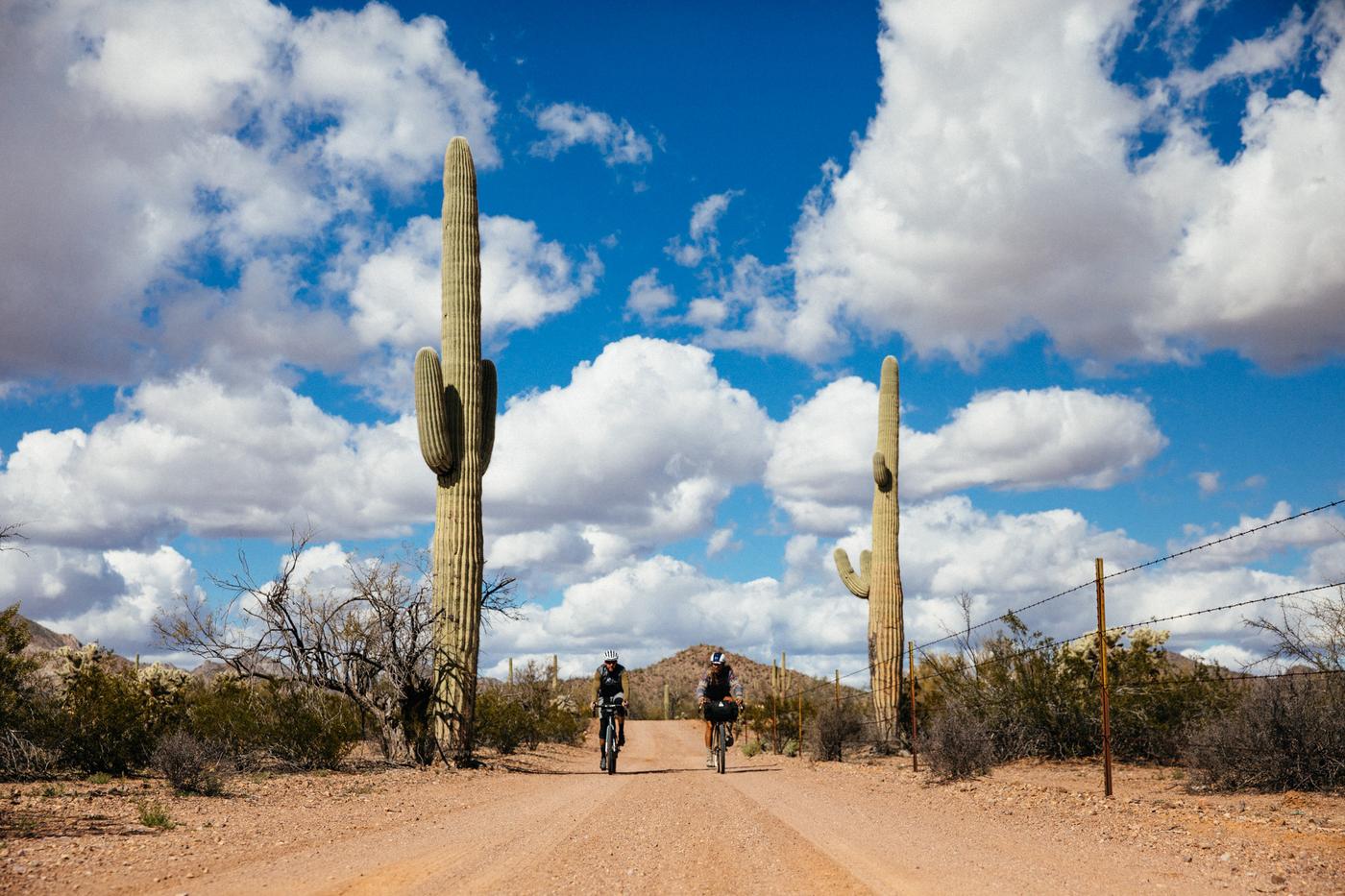 The thing about Tucson is like many cities, it sprawls out to the extents of wilderness areas. Without these pockets of land that were intentionally set aside, the myriad of culdesacs and shopping centers would have plowed over and covered the entirety of the Sonoran Desert. One of these zones is the Saguaro National Park West, which is only a few miles past the Tucson sprawl. Once again, Benedict was the motivator here, as he supplied a series of options for an all-day ride. I chose the one with the least amount of climbing, as my back was still on the mends and wanted to pedal through this zone since I had only driven it before. Sound familiar?

Bike paths are the best thing a city can do for infrastructural ease and it’s amazing that a city like Tucson has implemented over the years. Its bike path network is vast, spanning from north to south and east to west. How a city with such little public funds was able to complete these paths confuses me, as cities with far more wealth struggle to even lay down bike lanes, much less separate paths. 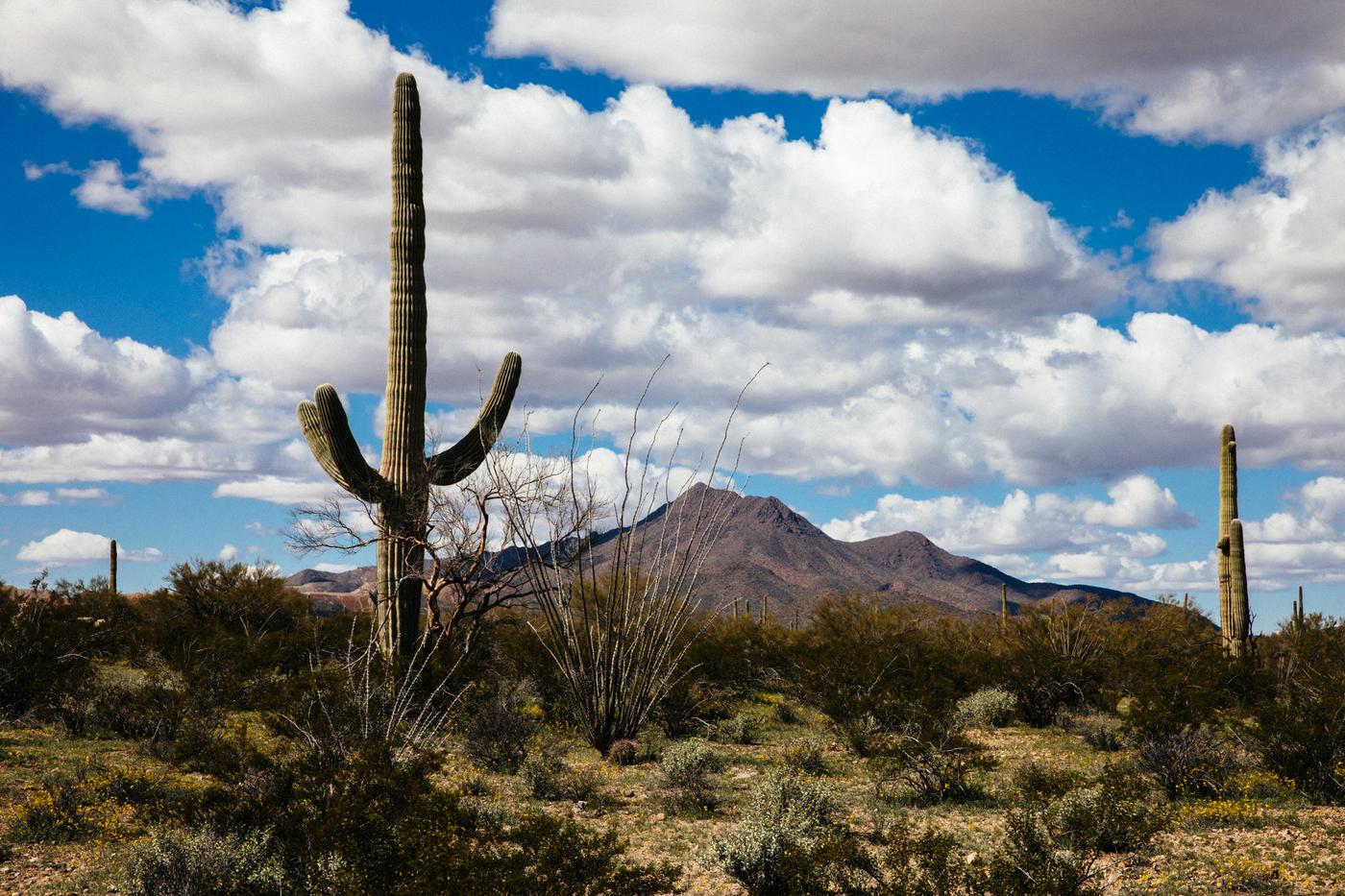 After an hour on the path, we turned off and were immediately greeted with towering Saguaros growing amidst igneous lava fields and outcroppings. Modern homes butted up against the National Park boundaries, with their corten steel façades gleaming in the sunlight, Kokopellis adorning their mailboxes. Visual cacophonies continued as we pedaled away from the sounds of industry and turned onto a two-lane highway that climbed up into the desert. 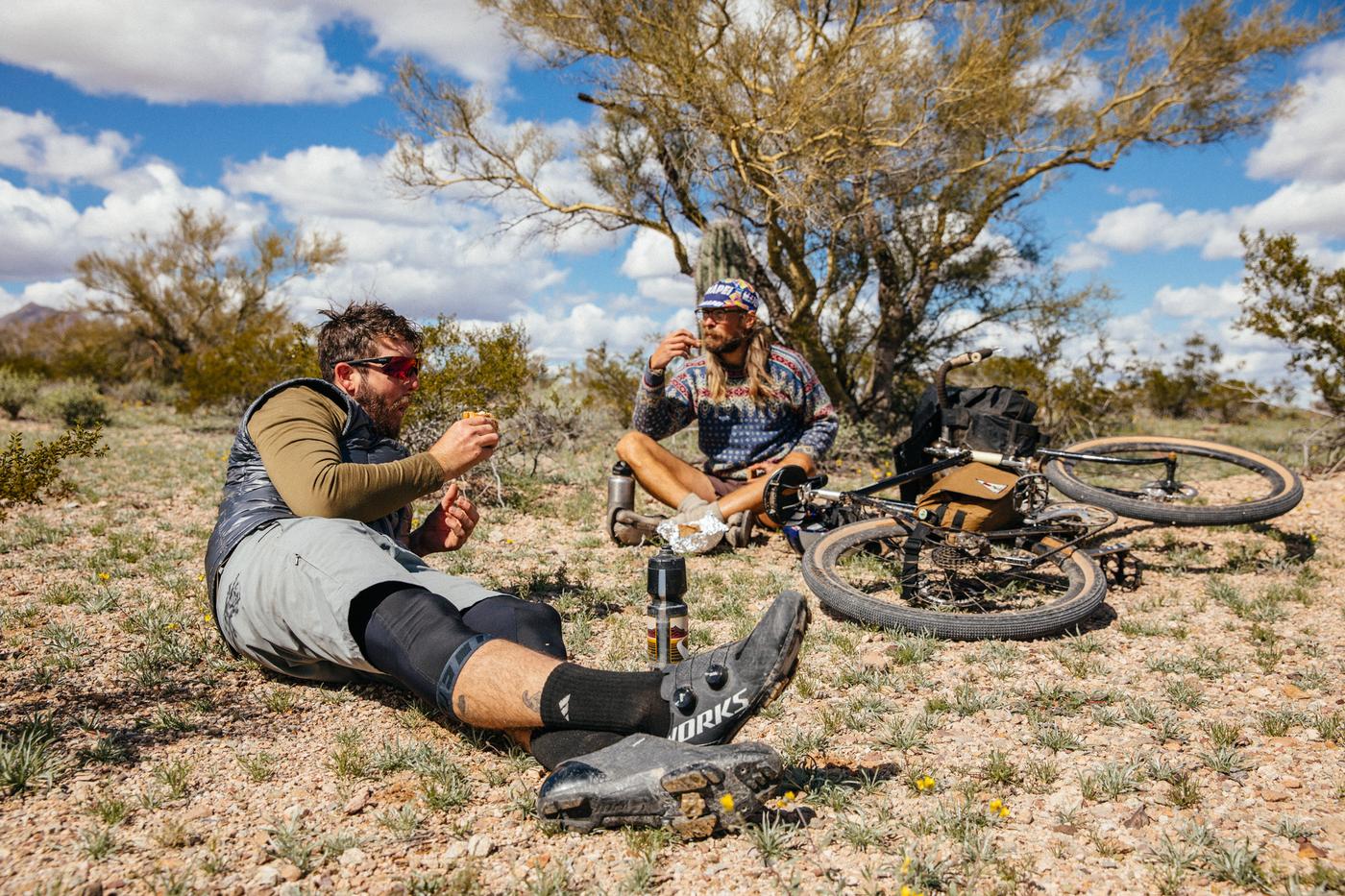 That’s when the headwind, false flat, and asphalt expansion joints reared their ugly heads. Tackling such terrain is not my favorite. As we put our heads down and pedaled upwards, a train of lycra-clad roadies zipped past, obviously going the right way on this hellish road. We (well, Ty and myself) were cracking. Meanwhile, Benedict pushed forward, knowing our turn off onto an undulating Jeep road was just around the corner. It was afterall, right around the corner, and we rejoiced at the sound of the sand pellets bounding off our rims. Having just rained, the sand was tacky and compact. Perfect. A quick snack and we were off through the backroads into the National Park. 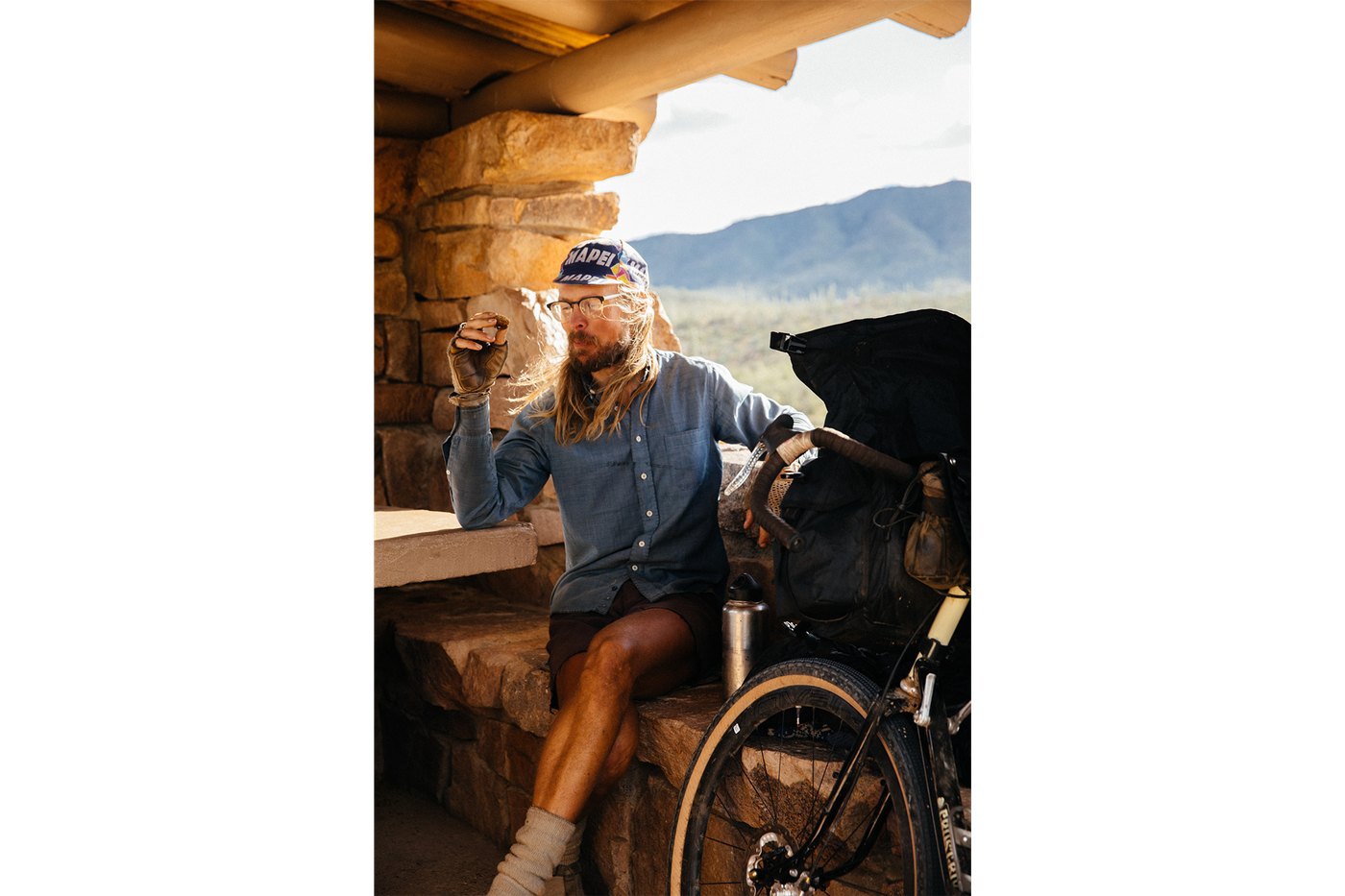 The wind never subsided, yet it did switch to our alliance at some point. Tailwinds are still wind and after 8 hours of getting blown around, we were all ready for some shelter. A picnic area looked the part and provided enough shade and shelter to allow us to regain our strength. Poppi brought banana bread and we feasted on it, plus his joint, to mellow the remainder of the ride. 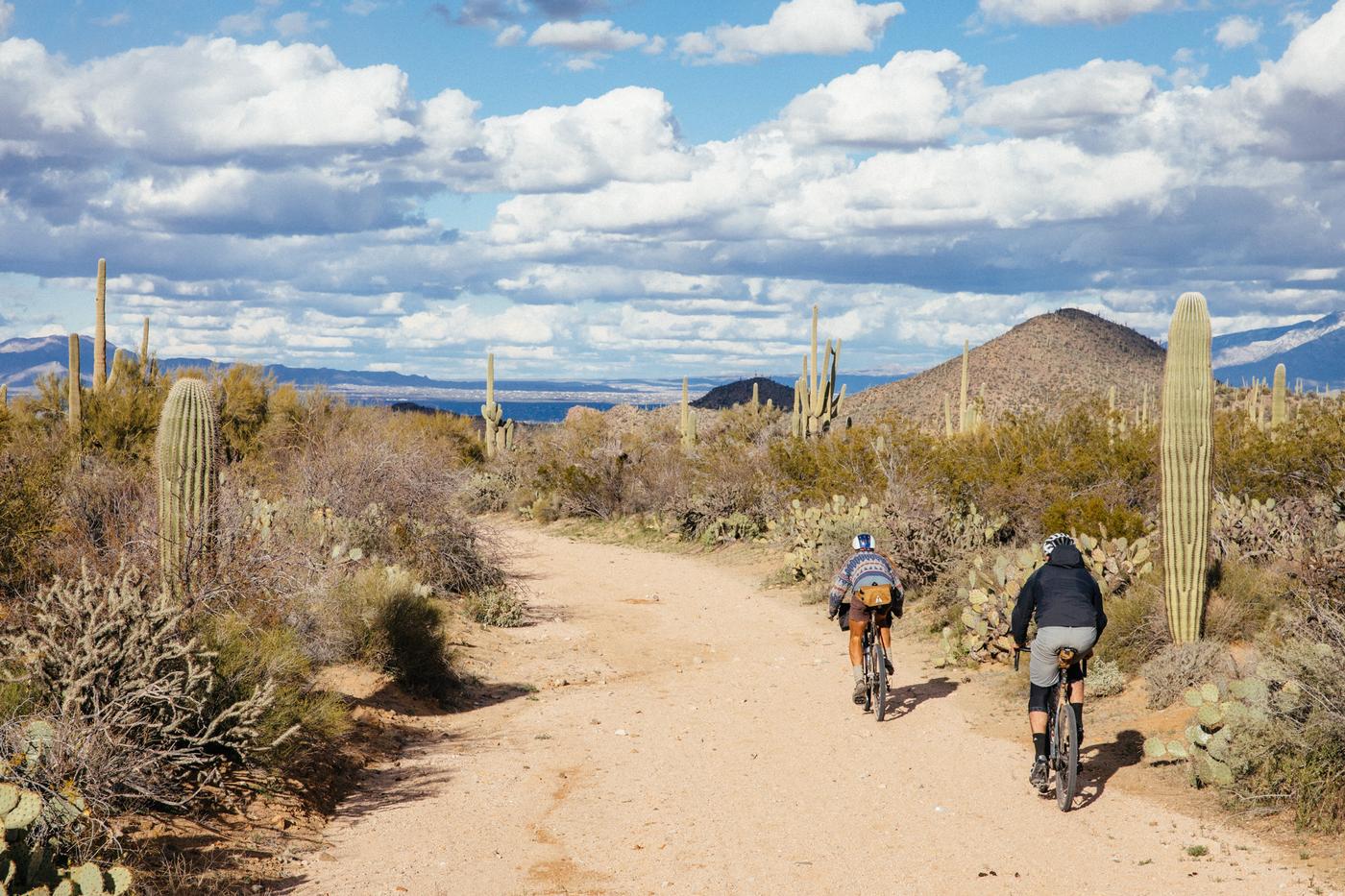 “I think it’s about a mile or two of deep sand, but we’re going the right way, down!” Benedict has a way of reducing the burrs from the edge of his rides. Granted, you’ll always end up with small lacerations on his rides. We took off down a closed to cars road, as a cyclist pushed his 10-speed up, looking cracked. We were going the right direction. A UCI sand pit of epic proportions awaited us. Luckily the rain had made it rideable and gravity was on our side. The sun had begun to set and the desert came alive. 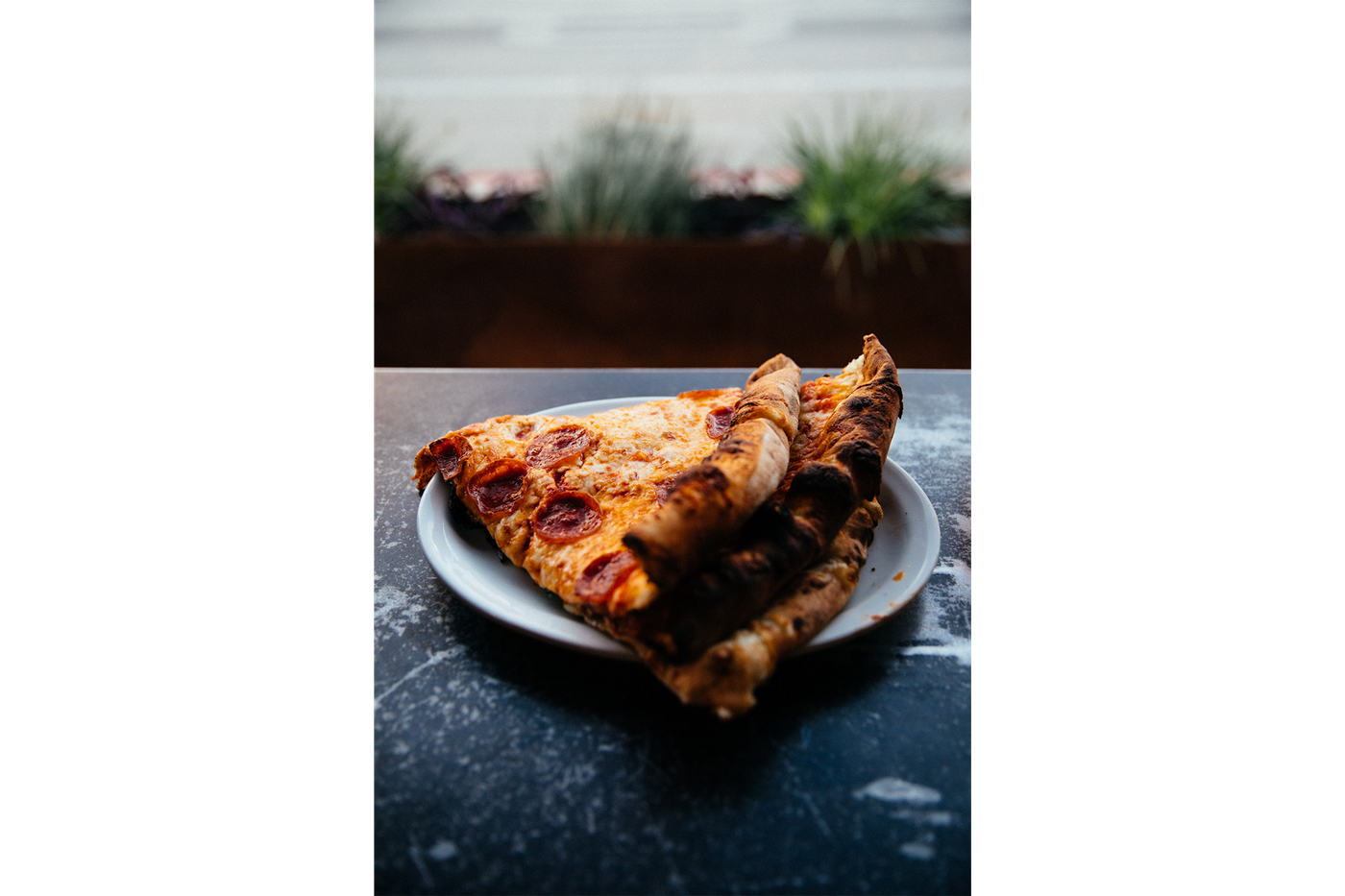 A bobcat ran across the road with a rabbit in its mouth, a baby bunny hot on the heels of the desert predator. Mind. Blown.

We finished back at the bike lane and hightailed it to Time Market for some pizza. Fin.