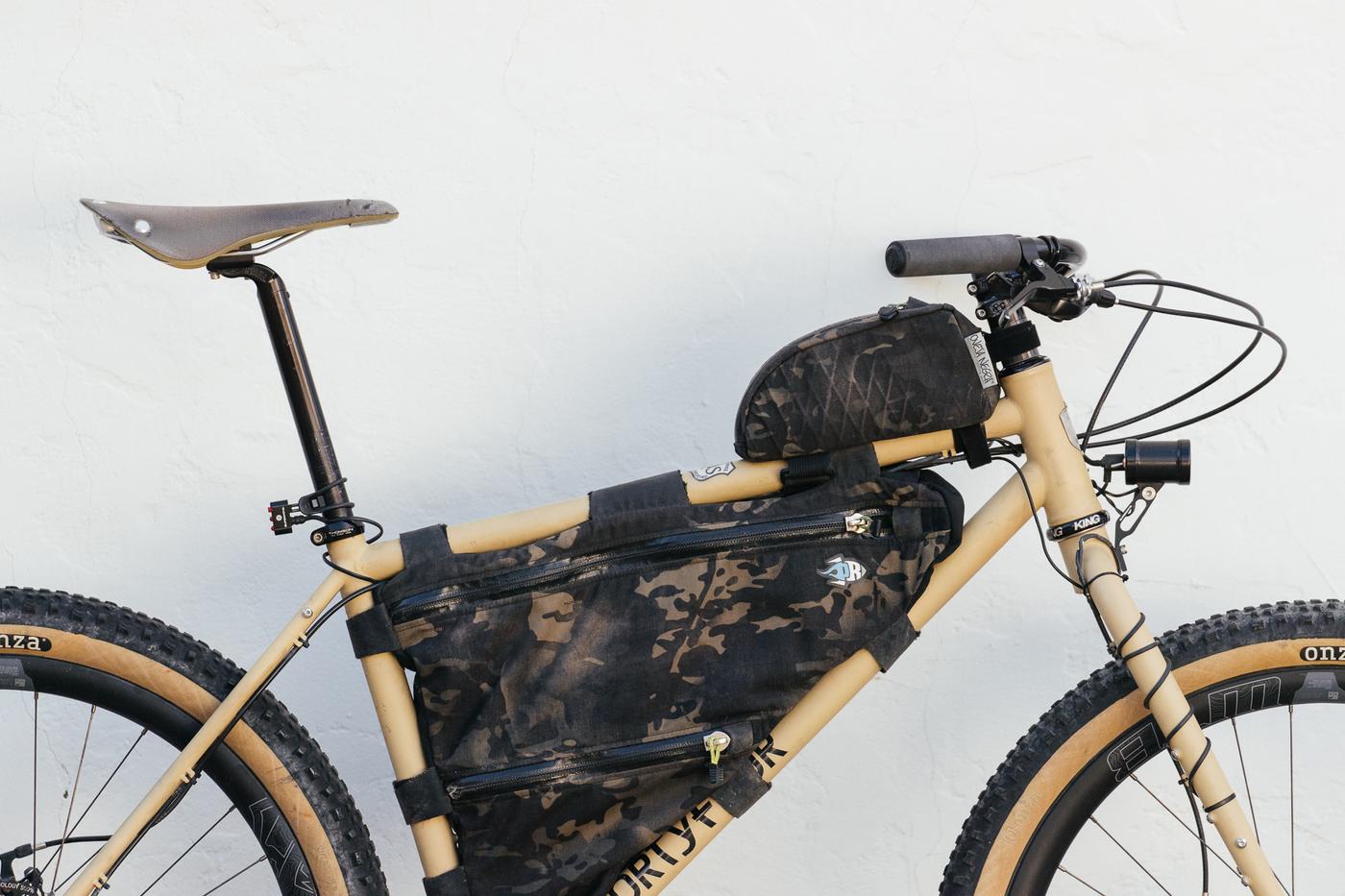 Bicycles. They’re a work in progress, especially ones that are derivative of a particular activity which in itself is evolving. Take bikepacking and touring for example. It seems just about every month, a company makes a new product which therein makes the act of touring eaiser or at least more enjoyable. When I first began talks with Kris Henry of 44 Bikes for this rigid mountain tourer, which I’ve come to call my “Ute” – an Aussie term, short for a utility vehicle – I had a vision for what touring meant and means to me. Leaving pavement and accessing trail, both in double and single track variety, means a fully loaded bike needs to be stable, comfortable and still maneuverable. Since this bikes inception, I’ve been sold on the Jones Bar, mostly due to the amazing leverage, riding position and varying riding positions. The thing, however, that didn’t work so well for me was the very thing that makes the Jones so unique: the hoop design and lack of rise. Also, the Jones bar has proven to be problematic with bikepacking and touring bags, which was slightly evident on my Death Valley tour. That Fabio’s Chest wanted to sag a bit too much with that setup. 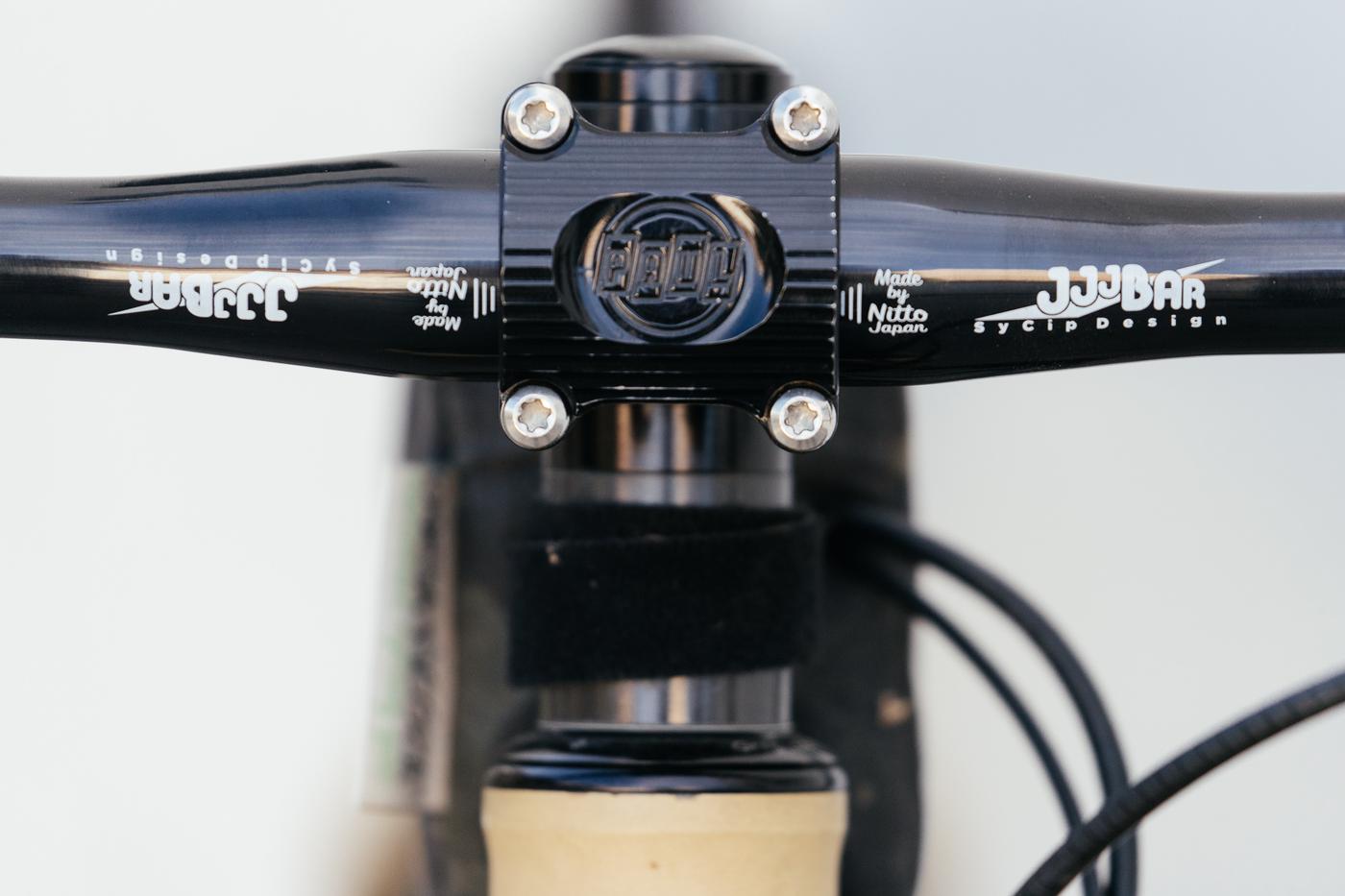 Sure, Jones makes bars without the hoop, but what I finally came to the realization is that I just needed more rise and less reach. Now, don’t get me wrong, for long days, the previous version of this bike rules, in every way. Minus the ability to run bikepacking bags and bags like the Fabio’s Chest. While it wasn’t an impossibility, it did make these bags more difficult. While touring with a rack and basket worked great, it also made the bike less maneuverable and again, the hoop blocked access to the basket. In short: every single version of this bike’s setup had limitations and compromises, pushing me to the continuous pursuit of tweaking its build kit. 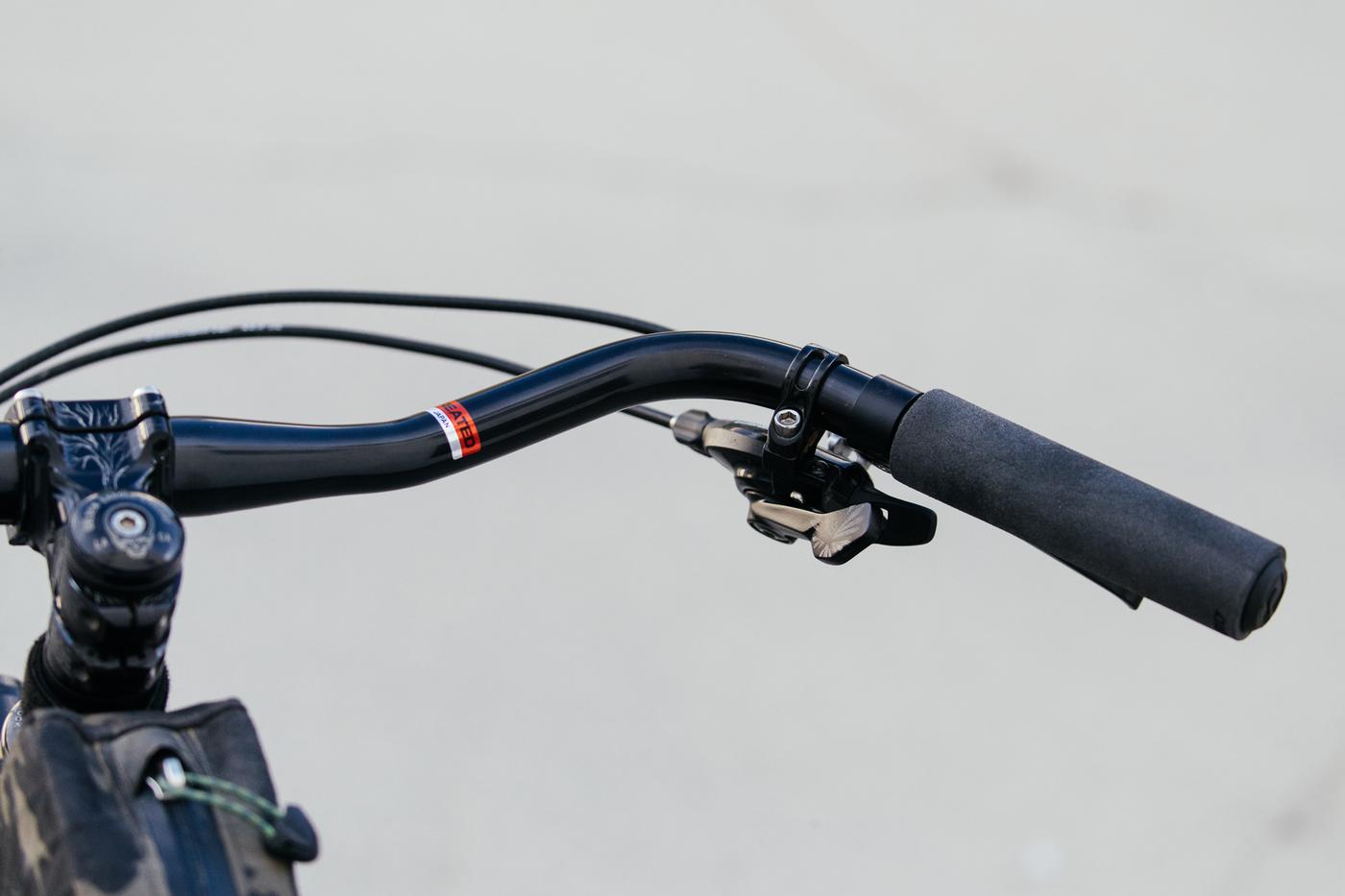 Well, I have to say, the latest version has been quite the welcomed change. So far, I’ve been using this bike as an around-towner, with a few inner-city singletrack trips thrown into the day-to-day errands and casual sunset spins into Griffith Park. The extra rise makes up for the slightly narrower overall width and the lack of a hoop makes for a more “normal” looking cockpit area. While I loved the Jones bar, they definitely take a bit to get used to, visually. At any rate, no setup is perfect, but I feel like over the last few weeks, much like a true tour, I’m slowly getting there. 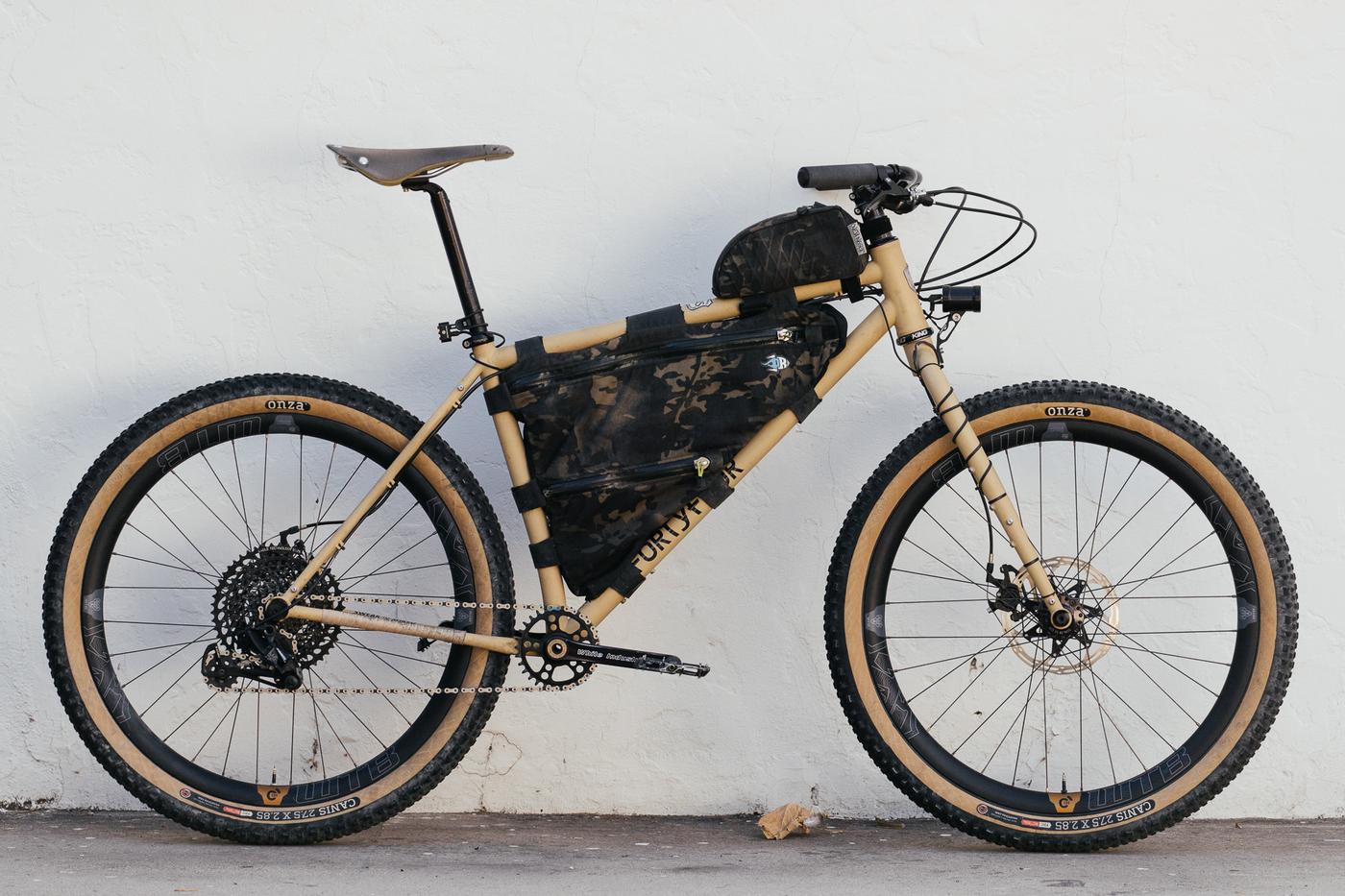 The JJJ Bar is made from heat-treated aluminum, is 660mm wide, with a 20mm rise. It comes in silver or black with a 31.8 clamp. Sycip markets it as the “mountain bike” version of the J and JJ bar line.

You can order the JJJ Bar direct from Sycip, or through your local shop, via Sim Works USA.