Tom and Tony are some of my closest friends. Bikes brought us together and over the years, we’ve become so tight that nothing can break our bonds. But that’s not what the tied up reference is for. This spot above was the culmination of a rad session at 5-hip. While our session was filled with total pittedness, these cables made my heart drop as I watched one of my friends walk away from a serious wreck unscathed.

Check out more below from Day 01 of the Tom and Tony Texas Cookout! 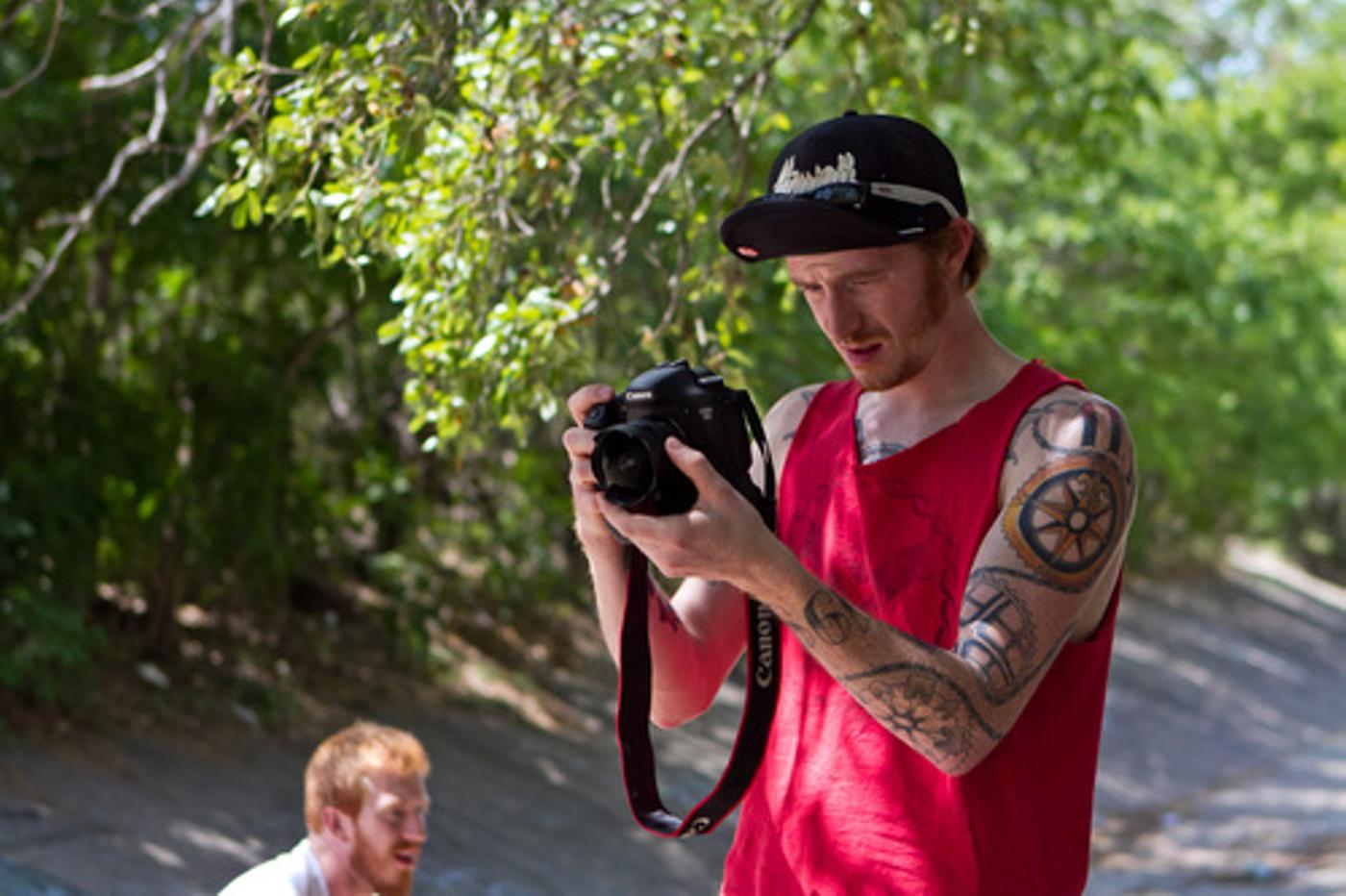 I knew that having Tom and Tony here needed to be documented in photos and video so I hit up my boy Chad Treanor to shoot us riding and goofing off. 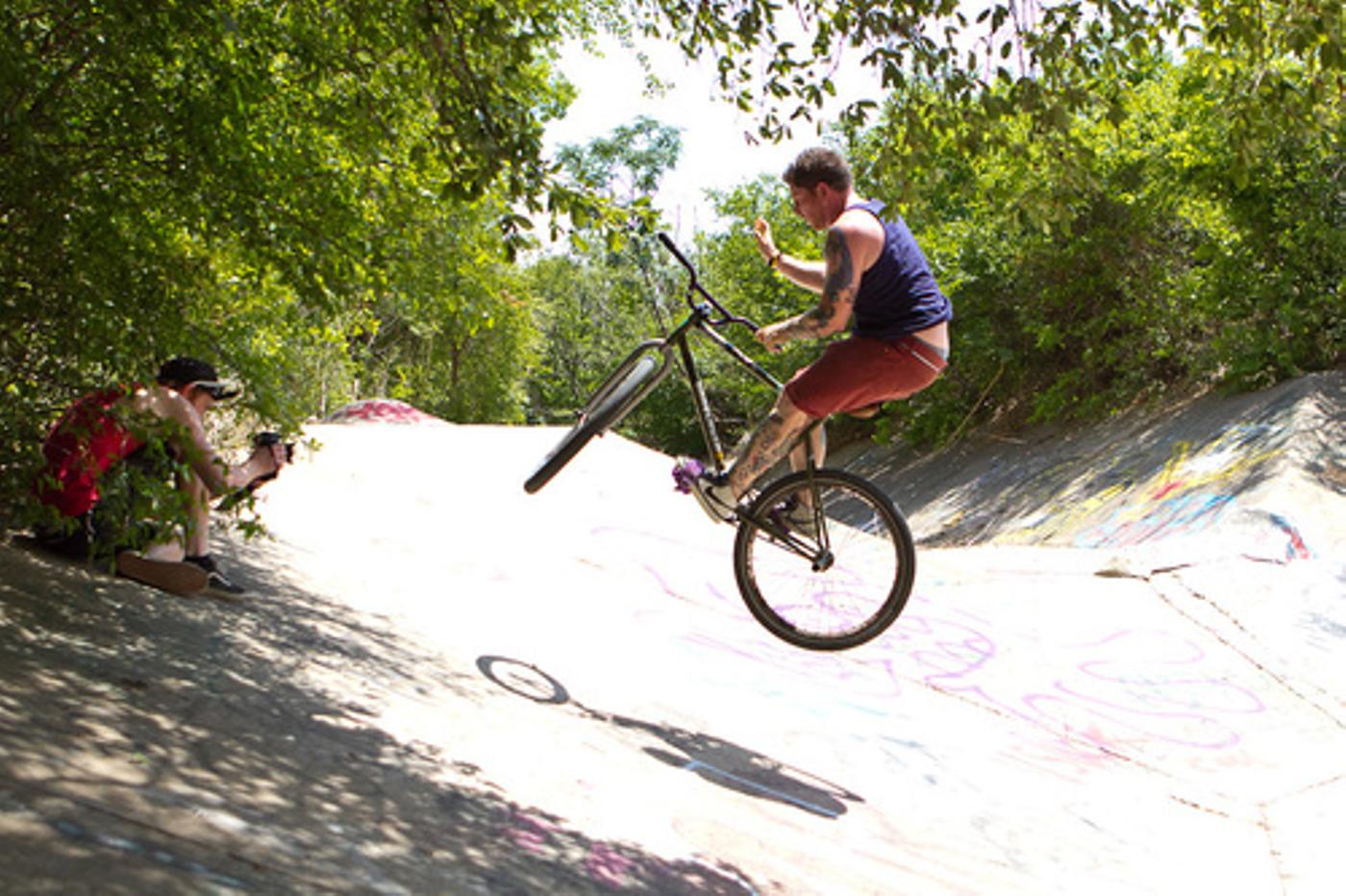 With his background in Austin BMX, he knew exactly how to shoot lines. Here’s T-bone finishing off a line with a hop bar. Tom LaMarche is one of the most talented fixed freestyle riders and to this date, there are few edits that show his current riding abilities. Much less, his 26″ fixed ride. Tony’s the kinda guy that will always put on a show, no matter where he is. After the temperatures peaked 90°, he did the best he could to keep himself cool… 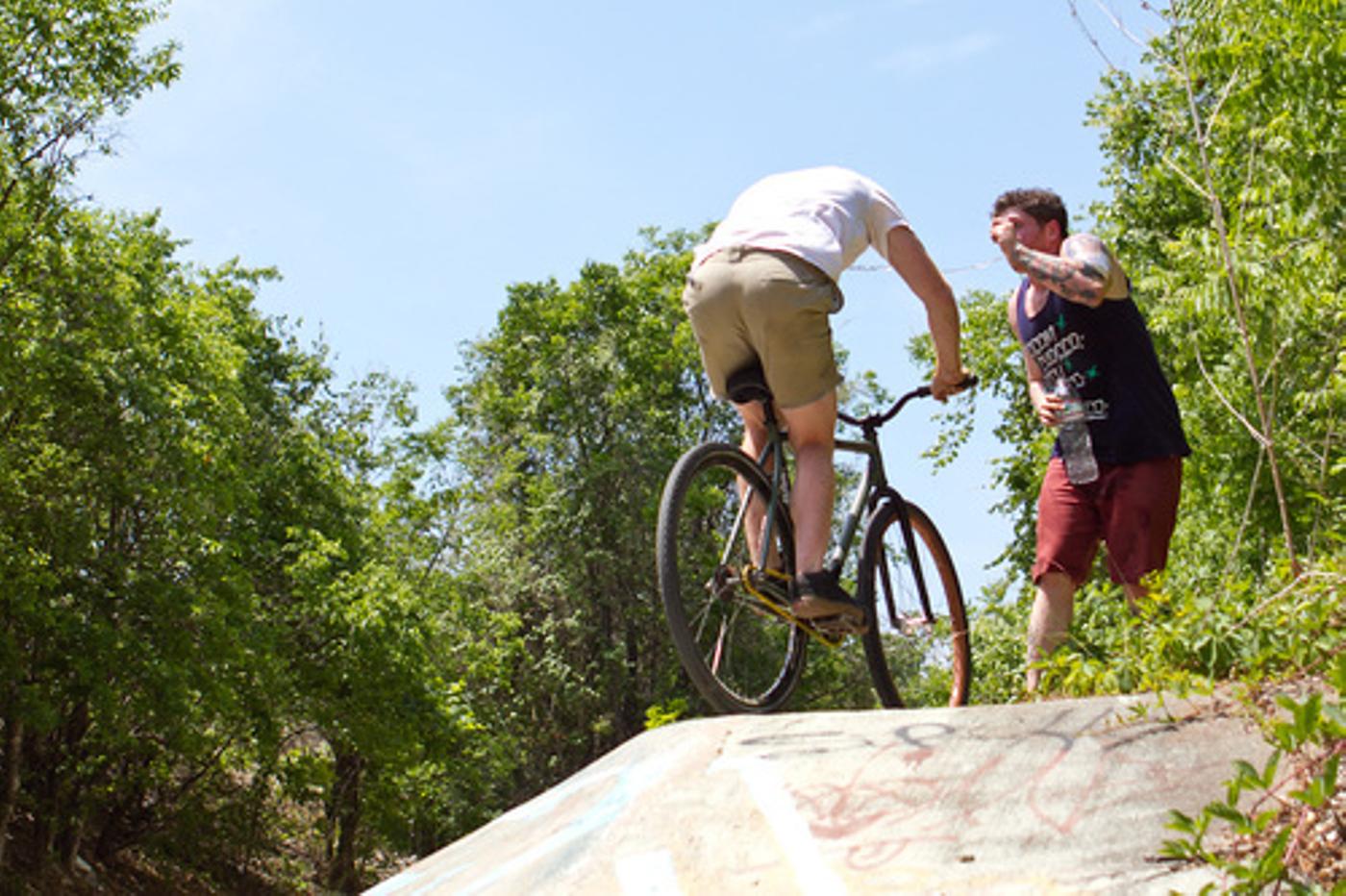 AJ’s one of my closest boys here in Austin and I enjoy riding with him because we really push each other. Here he is working on tables. Tony has some of the cleanest bars in the scene and his 180 bars aren’t too shabby either. 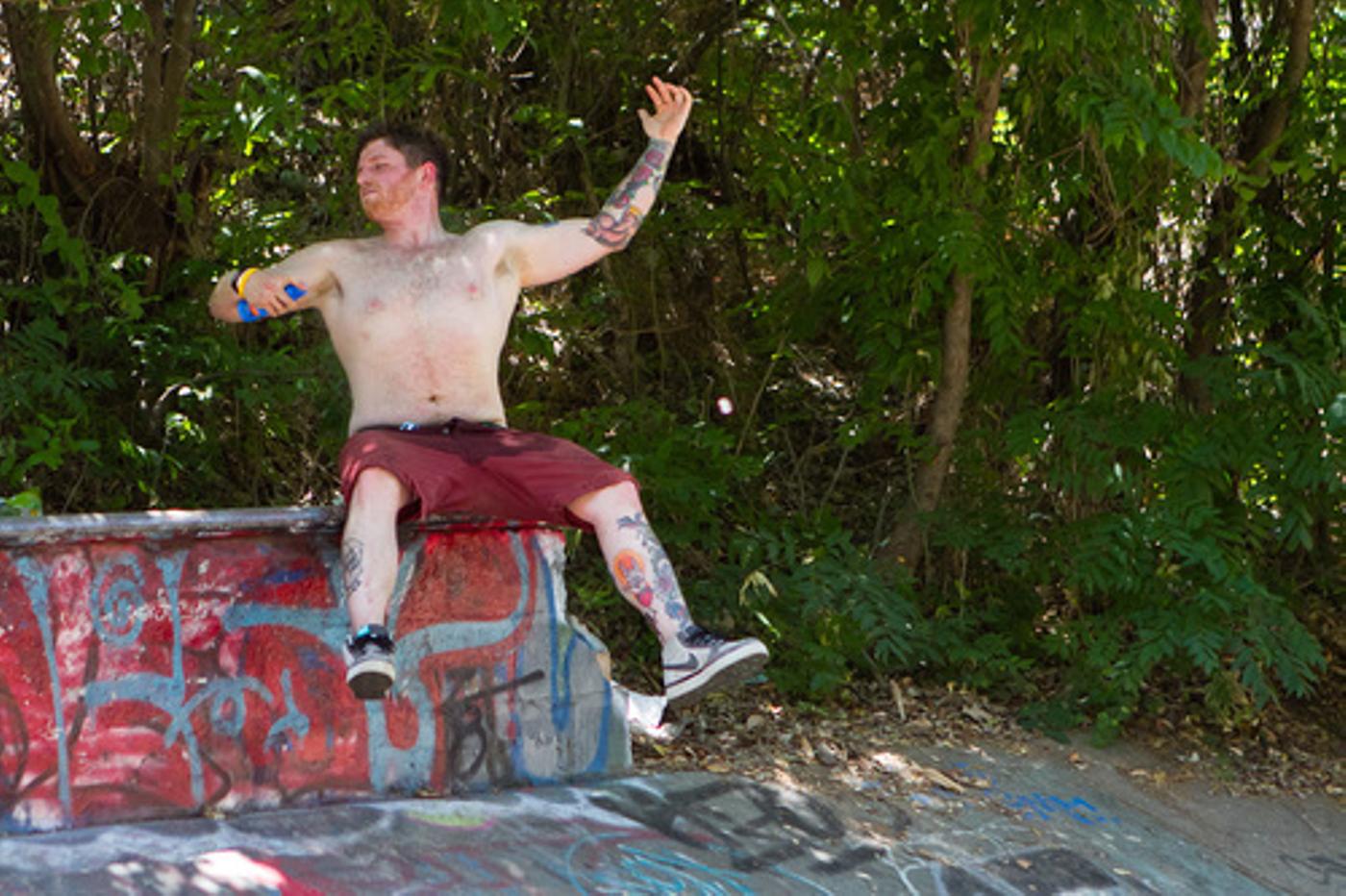 But nothing can match his sunblock technique. While Tony was keeping to the shade, Tom hopped on AJ’s BMX for an uprail clip. This is how you table a fixed freestyle bike. Holy shit. Most of the photos I have from this day are of Tom doing table tops. I spent a lot of time looking at all the little nuances in the photos before selecting this one. The next few photos however are a lot more telling of Tom’s ability as a rider. One of the most important skills you can acquire while riding bikes is the ability to walk away from a crash or a bail from a fall. As Tom scaled the face of the embankment, none of us were prepared for what would happen next. His plan was to fly down the bank and air out in-between these cables. What happened though was one of the gnarliest wrecks I’ve seen in person. He got caught on the bars and his hand by the cable and came to a dead stop as his bike flipping into the air uncontrollably. I stopped shooting after these two sequences and was amazed as how he picked himself up without saying a word and sat down to gather his thoughts. We were all very quiet for minutes until he said “FUCK THIS LET’S GET BURGERS”. So that’s what we did. While Tom was taking a much-needed 4 hour power nap, Tony, Chad and I went out riding on the east side of Austin. Edger skids for days! Including a bar-up this ledge.

Friday night was a very chill evening. We grilled out in my backyard, drank some Bourbon and reminisced about how all this came to be. These dudes are my best friends in the world and Friday was only the beginning of an awesome time.