The all-new Ramble Bar was developed through the teamwork of Golden Pliers and SimWorks. It’s a handlebar that could accommodate a large front bag and at the same time be aggressive and comfortable with a large sweep angle. This beauty of a bar was inspired while digging through the handlebar graveyard/parts bin for new ideas- scheming on something that would be simultaneously shreddy and comfy. After years of fooling around in the woods, tweaking here and there, it’s finally time to release the Ramble Bar as the ultimate turbo cruiser bar. 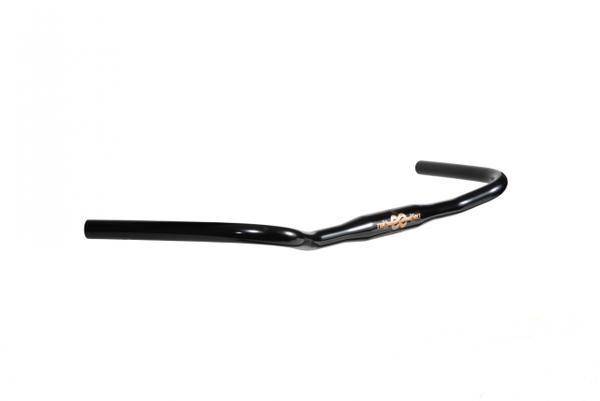 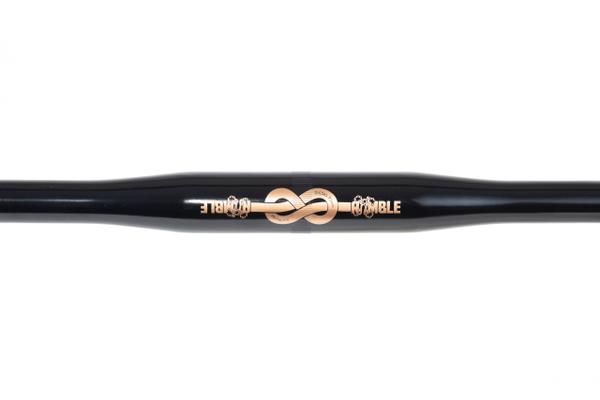 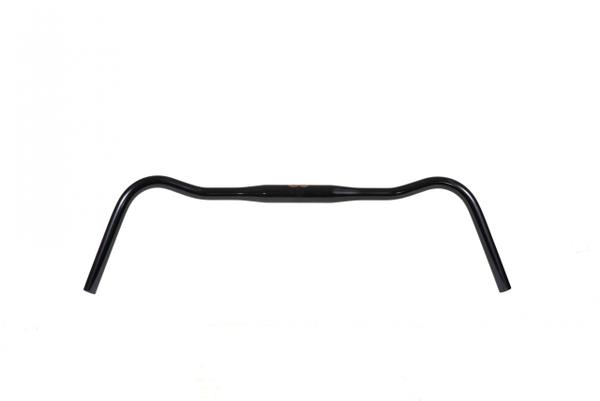 The clamp diameter is 31.8mm for high fixing force, the grip is 22.2 x 160mm, the overall width is 710mm (center to center), and there are at least 3 unique hand positions while offering enough real estate to secure a large bar bag full of snacks and anoraks. In order to make the most of the hook bend in front of the primary grip, SimWorks recommends using a brake lever and shifter with low-profile/minimal clamp area. Furthermore, don’t shy away from wrapping bar tape around that hook. Comfort abounds while climbing out of the saddle.

A 70-90mm stem will work great with this bar. That considerable sweep won’t necessarily play nice with some modern geos built around longer TTs paired with shorty stems.

Designed by Kevin Purcell (Golden Pliers, Portland OR)
Made by Nitto in Japan 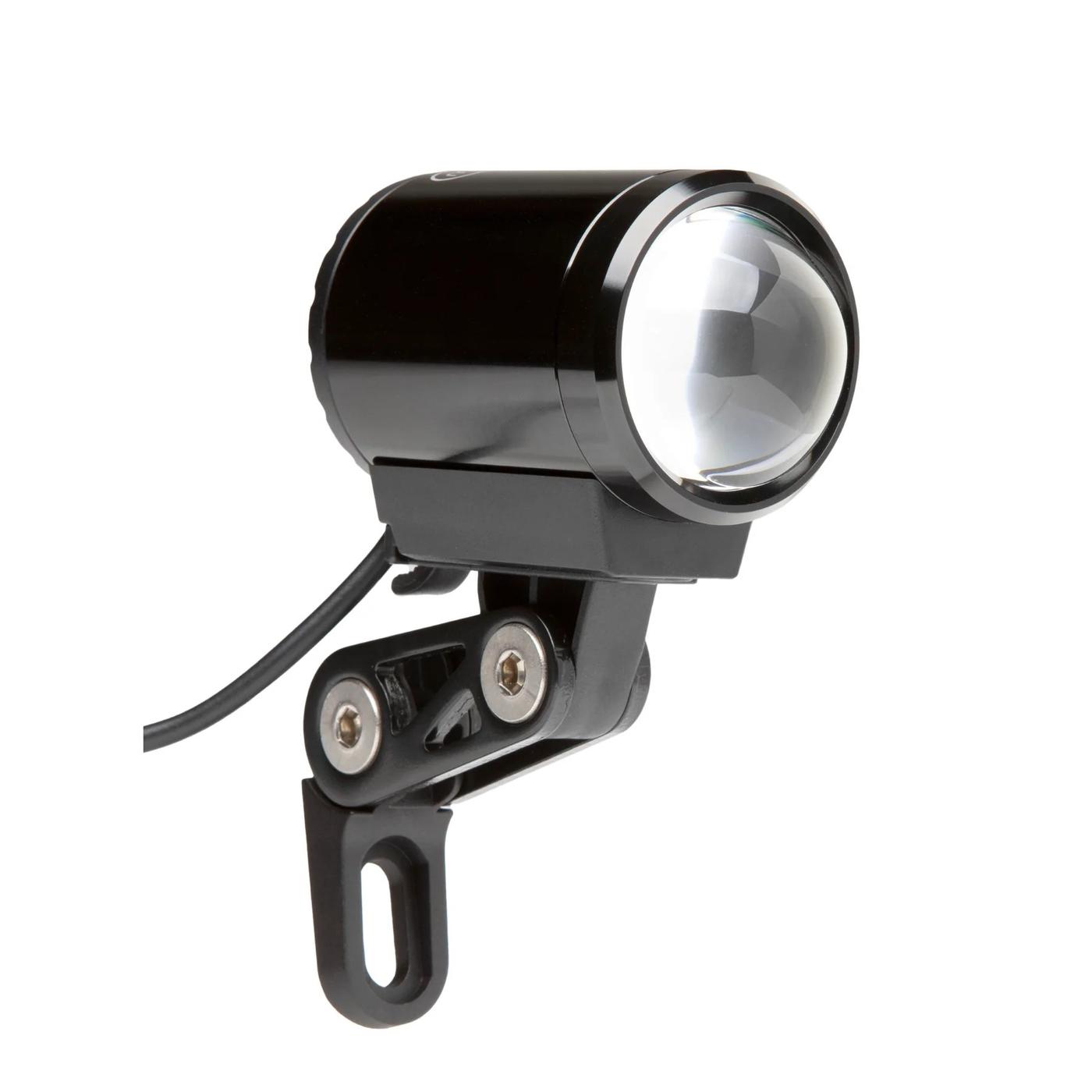 The days are getting shorter here in the Northern Hemisphere and it’s time to bust out the lights for your morning and evening commutes and rides. If you’re interested in the no-nonsense fun of generator lights, but don’t want to fork out hundreds of dollars for a new front hub and lamp, then check out the $79 BYOB (bring your own battery) from Portland Design Works. This clever light hooks up to a USB-A battery pack of your choice and mounts to the standard generator lamp positions on your bike (front rack or fork crown.) 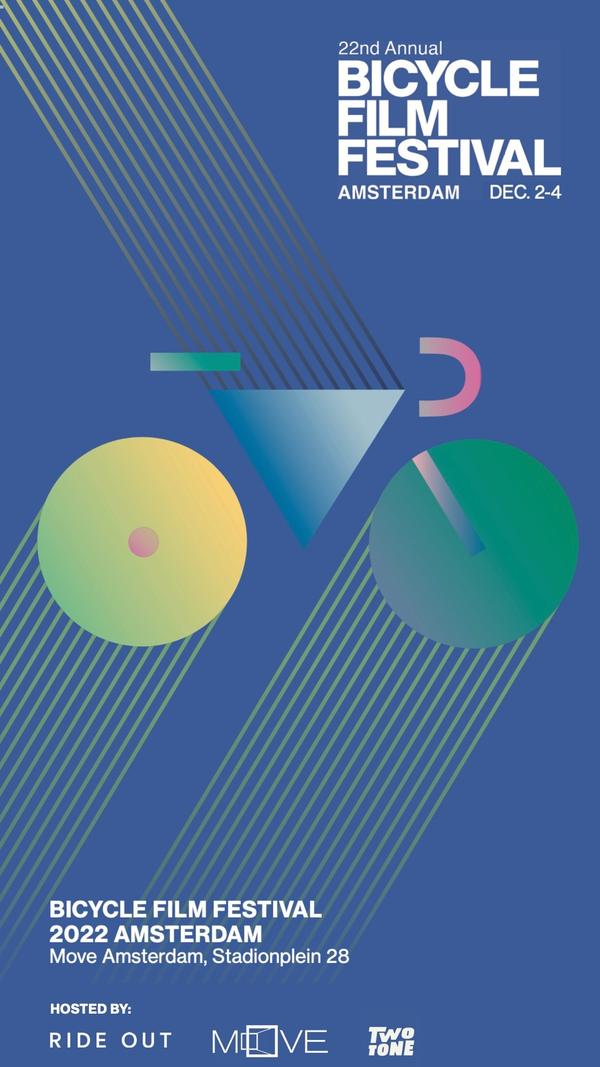 The Bicycle Film Festival has been celebrating bicycles through art, film, and music for 22 years. The BFF events have spanned 100 cities worldwide to an audience of more than one million people. Founded in New York by Brendt Barbur, Bicycle Film Festival is arriving back in Europe to the bicycle capital of the world, Amsterdam, at MOVE Amsterdam and Ride Out. Many of these were selections at film festivals and platforms such as Sundance, Cannes, Academy Awards (Oscars), Locarno, San Sebastian film festivals.

Tomorrow, the BFF is returning to Amsterdam, so get your tickets here. 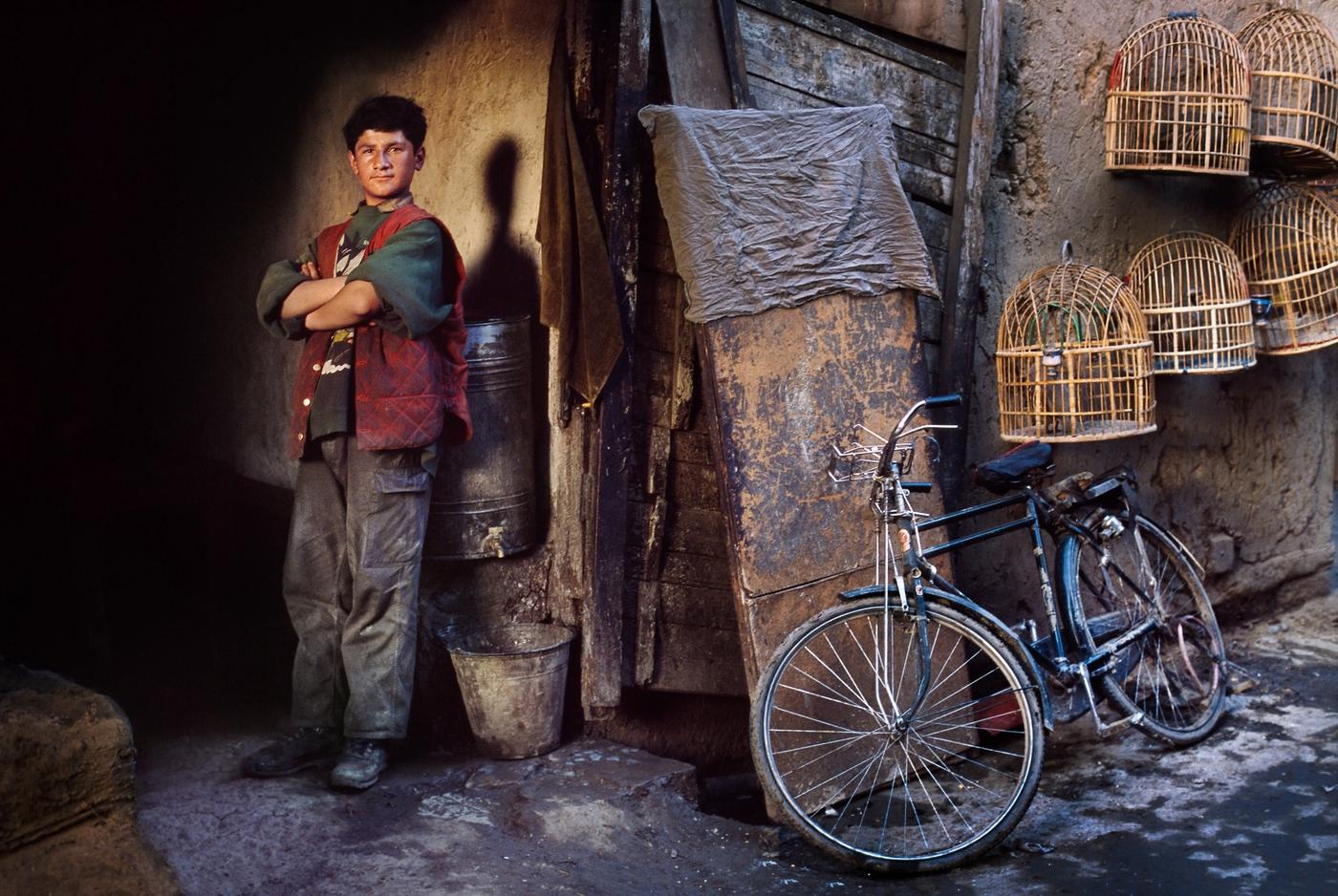 While photographer Steve McCurry’s work primarily focuses on worldwide conflicts, vanishing cultures, ancient traditions and contemporary culture alike, he always retains the human element. In his latest blog piece, he looks at the bicycle as a societal remnant and main source of transportation in developing and war-town parts of the globe.

Gritty in Mexico City is Hans Rey’ latest urban mountain bike adventure. He was joined by Rob Warner, a former downhill World Cup winner and TV host. Watch how they traverse this colourful city in 5 days on their ebikes and find some of the best biking spots in and around this 22 million people metropolis, with its culture, history, volcanos, traffic, pyramids and world class bike trails. No better way to explore than on bikes. Come along for the ride. 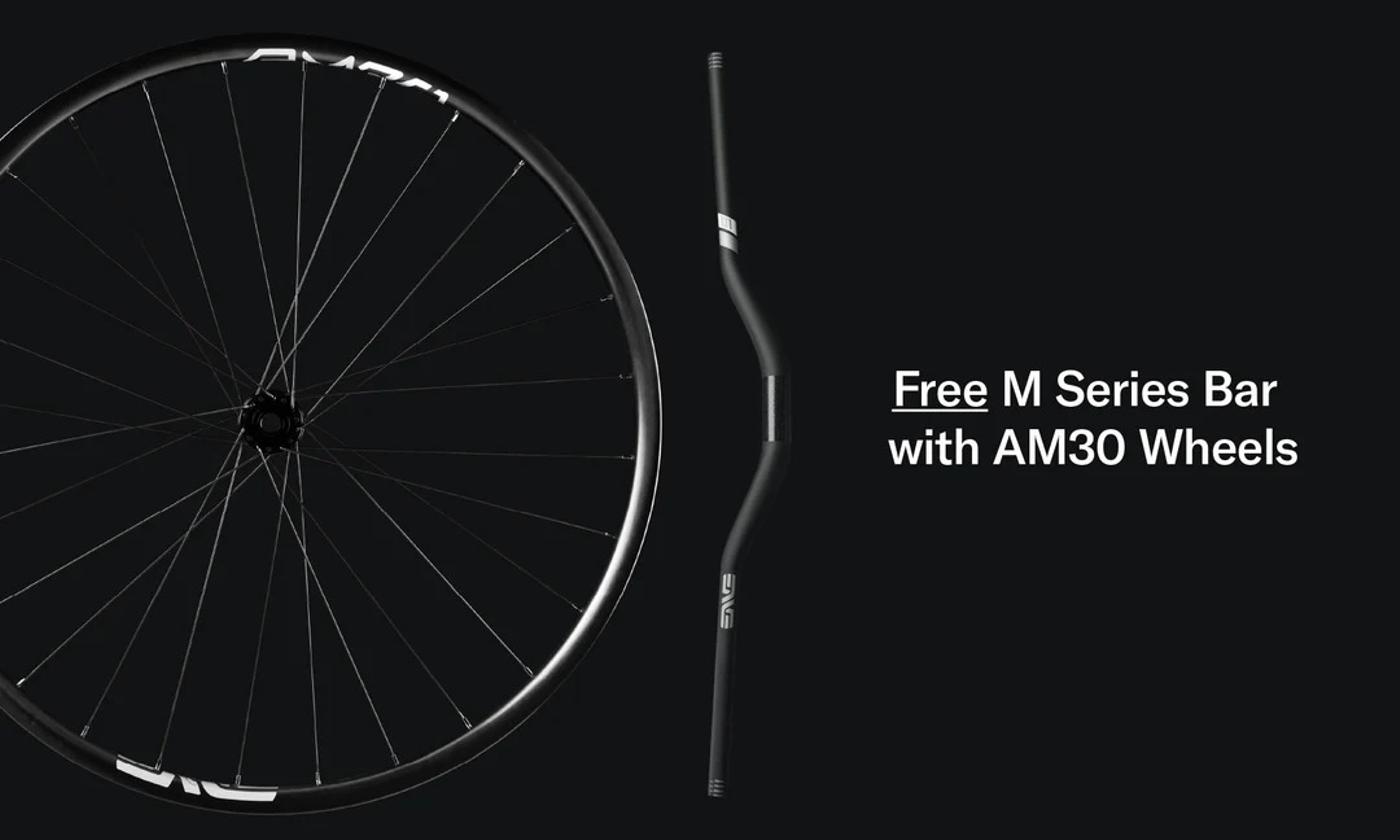 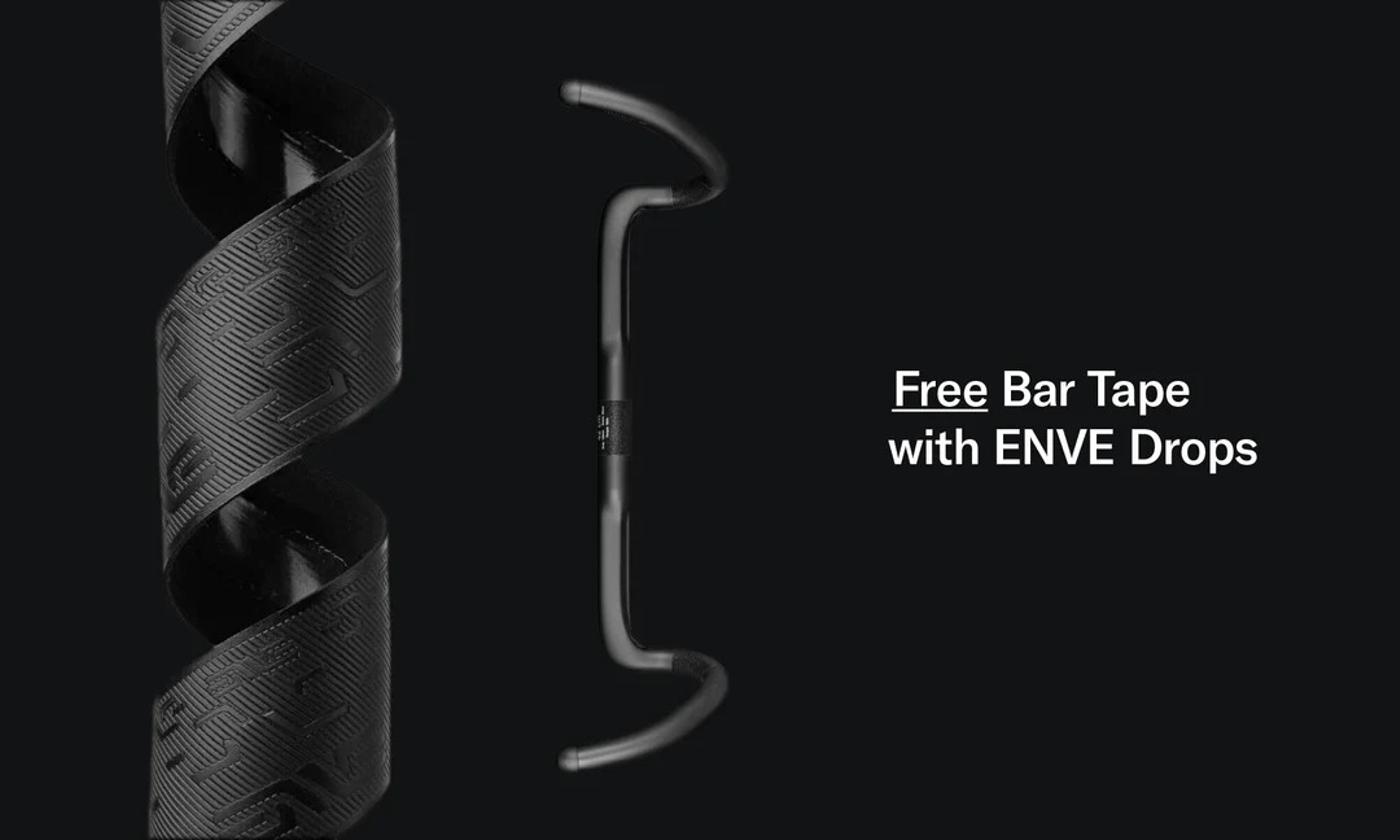 Free ENVE Gift With Purchase at The Pro’s Closet

If you’re like us, the colder months and shorter days bring about a refresh of our bikes, typically evaluating our wheels, tires, drivetrain and the like. Over at The Pro’s Closet, they’re running two free gift promos surrounding ENVE’s products. Roll on over to TPC to see what the savings are all about!

Josh caught Randy and Hans in their natural habitat…