The Salsa Cutthroat is Much More Than a Tour Divide Rig 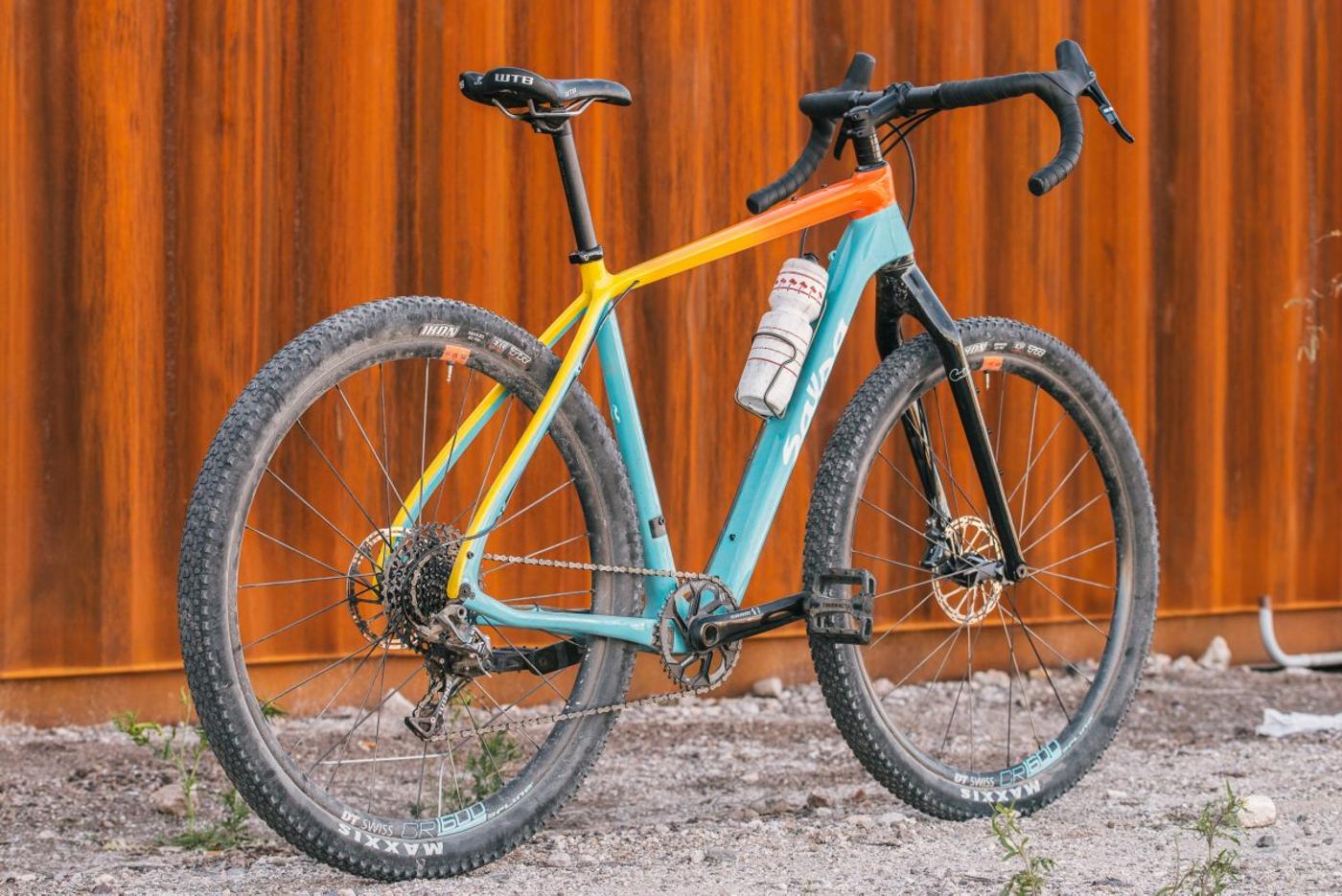 The DT Swiss CR1600 wheelset encompassed my favorite and most frustrating points of the build. The wheelset was so light I actually had to lookup if it was carbon or not, turns out the rims are aluminum.  The Maxxis Ikon tires setup tubeless on the rims with a standard floor pump, zero hassle.  Possibly my favorite part was the fact that the hub engagement was very quiet, seemingly almost silent, but after breaking in a little the action became more audible, nonetheless many orders of magnitude less than a Chris King or I9 hub thankfully. Which brings me to my biggest gripe with the build, the externally splined center lock rotors. These use a standard external cup bottom bracket tool instead of the Shimano standard cassette lockring tool.  If anything would go wrong with your rotor on the 2800 mile journey it was designed for you would S.O.L unless you are carrying a massive wrench, which is unlikely.  I had issues with just such a situation on a 3 day ride, which was frustrating and nerve-racking to no end.  I can see the appeal of center lock in a race situation, but this isn’t that kind of race bike. I want to be able to fix my bike with a standard multitool if at all possible, and almost every one has a t25 for a 6 bolt rotor on their usual tool.  The wheelset came with Maxxis Ikon 29×2.2” tires, thankfully with EXO sidewalls for defending against the harsh desert’s thorns and rocks. I can’t really imagine wanting to ride tires much smaller or larger on this bike, though the frame can clear a 2.4” in the rear.  The Cr1600 rims have a 23mm internal width which would allow you to run a much smaller tire if you wanted this bike to double-down on some lighter back road or gravel duty.  I could image this bike being an absolute rocket ship with a 40c to 50c tire mounted. 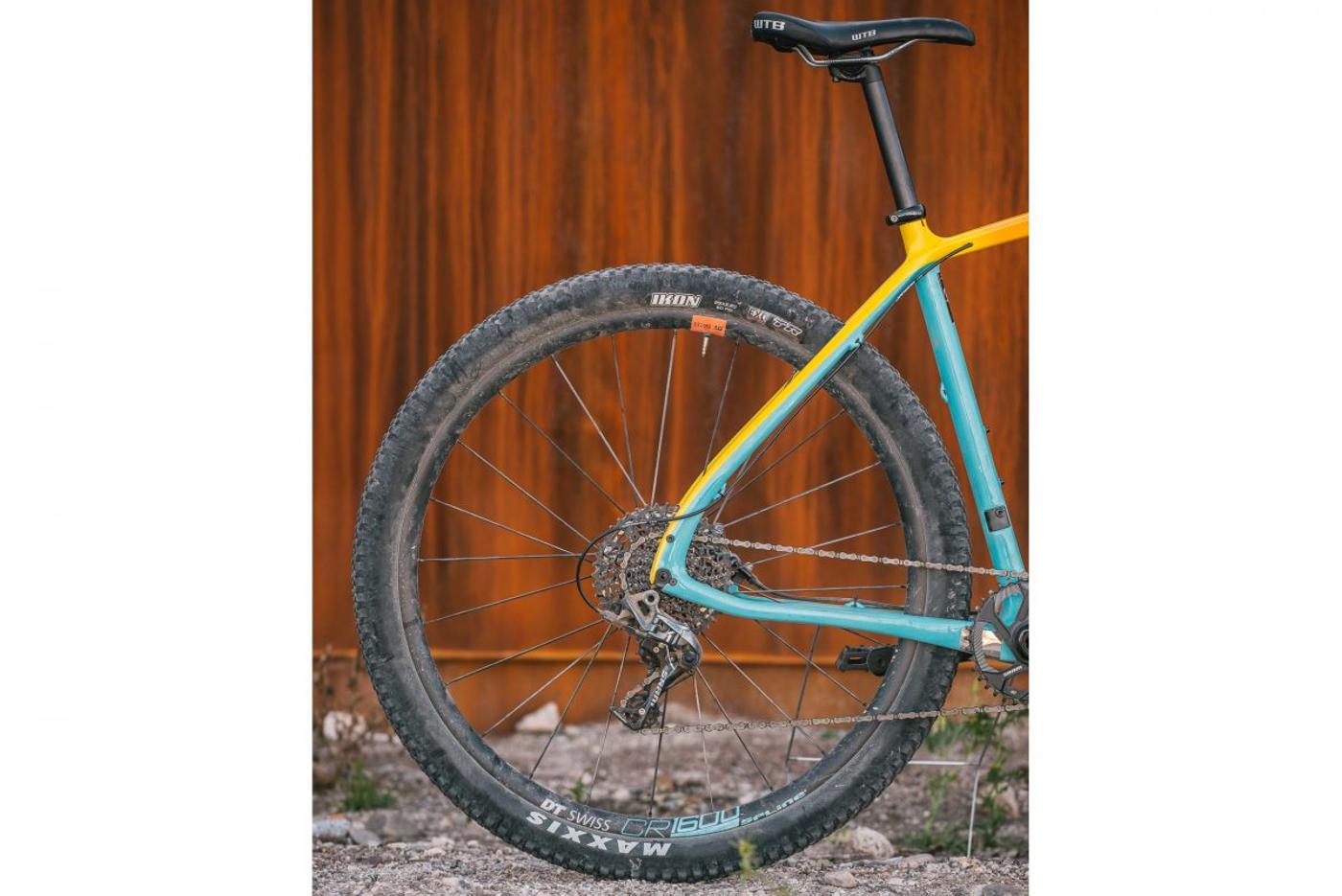 The cockpit caused me some issue as well, while the carbon Cowbell handlebars are a more reasonable alternative to the hyper-flared Cowchipper, my size large frame came spec’d with 44cm drops (at the center of the hoods) which, I personally felt was far too small.  The flared drop position felt more appropriately wide but more bent over than I’d prefer to have as my go-to riding position (even with the stem as high as it could go).  My first few rides I couldn’t decide if I wanted the bars higher or to slam a 140mm stem and go full roadie. I still prefer riding on the hoods instead of in the drops, so if I were to make any adjustment to the cockpit it would be wider drops, maybe a set of 615mm Towel Rack bars from Crust paired with a smaller stem to compensate the reach.  If you are coming from a more road riding background you may find the size of the bars familiar which can make a nice transition from road to gravel/ trail riding.  If I really had my druthers, I would set this up with a nicely swept flat bar. This would involve a major component change, but would make a super-sweet rigid XC style rig.

The Sram Force lever provided a comfortable hand position and a level of stopping power I was unaccustomed to having on a drop bar bike.  I found the large upper section of the brake hoods actually made a serviceable aero position if you bent and secured your forearms against them, not quite full aero but a nice position to rest on your elbows without adding weight and trouble of aero bars.  The shifting action was light and I found I could even shift with my pinky while riding on the hoods.  While I would normally favor shimano levers for shifting style, for a drop bar bike that will most likely be loaded, the sram shifting action with its shorter lever action allows for more optimum use of space between the drops before it would interfere with shifting.  I will forever hate that feeling, on sram shifters, when  you try and shift one more gear and the lever starts to click, gives you hope of sweet relief, only to give way before the second click, leaving you stuck with nowhere to go. 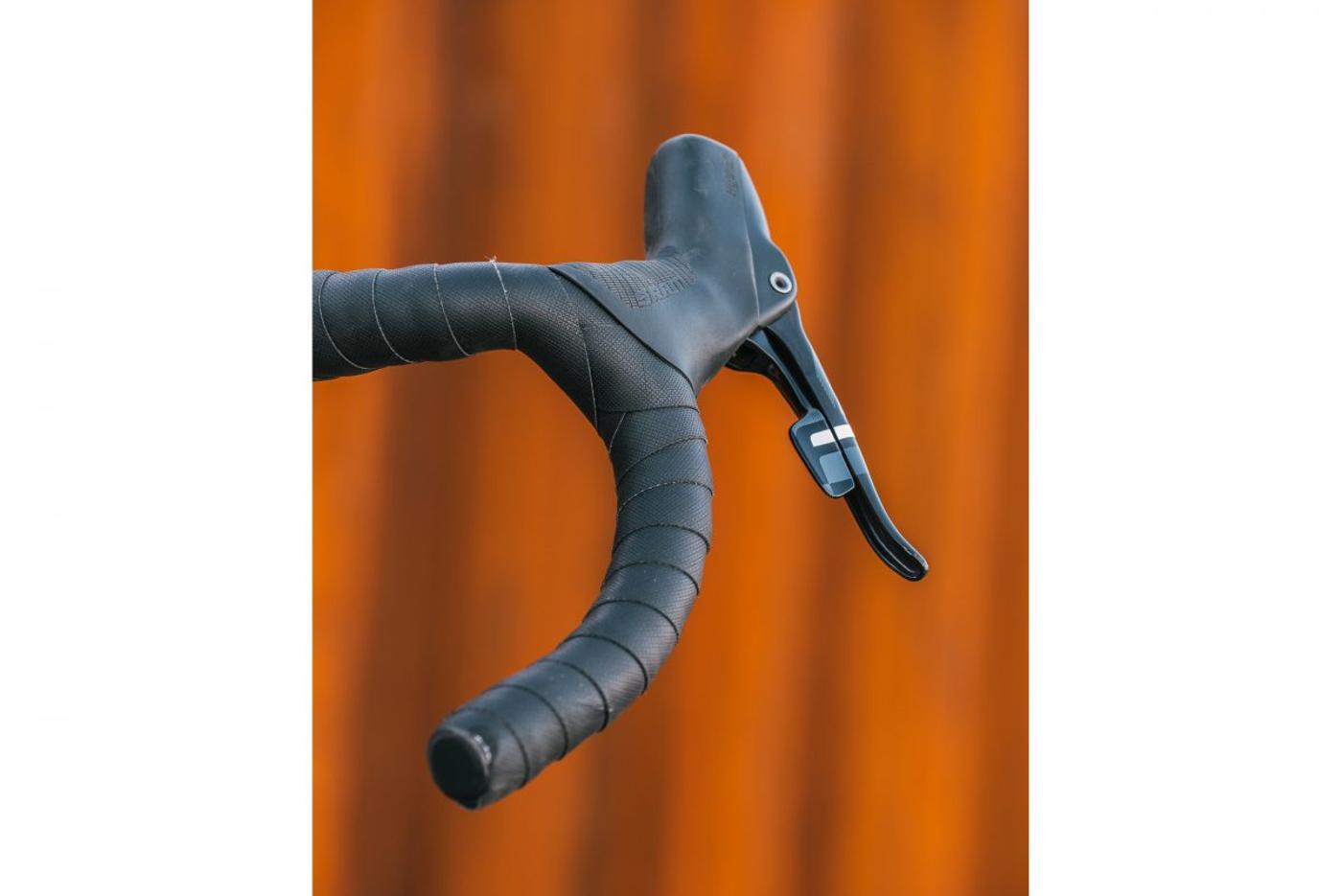 The braking action felt familiar to what I have experienced on Sram guide flat bars brakes, which seems to have a very on/off feeling with little modulation. This was my first time spending some serious time on hydraulic drop bar levers and it was still such a pleasure compared to the death grip I’ve experienced trying to use mechanical disc or rim brakes off-road with drop bar levers.  As well, I had some initial issues with the disc brake pad spreader clips getting jostled around while riding on rugged singletrack, which resulted in the clips rubbing on the discs. This makes me wonder about the gumption of these flat mount “road” calipers over long periods of rougher riding.

My bike came equipped with a 38t (Salsa’s website lists it with a 34t) crankset paired with a NX 10-42 cassette.  I felt the 38t front chainring to be a stout gearing for my preference, especially  for loaded riding, but I tend toward being a spinner.  I think a 36t or 34t chainring would make a better compliment to the not-so-wide-anymore 11-42 cassette.  If you plan to ride with a heavier than ultralight load I would recommend upgrading to a NX Eagle cassette. This bike sports a press fit bottom bracket which is all fine and well, but since you are going to be carrying a external BB cup wrench to fix your rotors that come loose, it would be cool to have an external bottom bracket to make carrying the weight worth it. 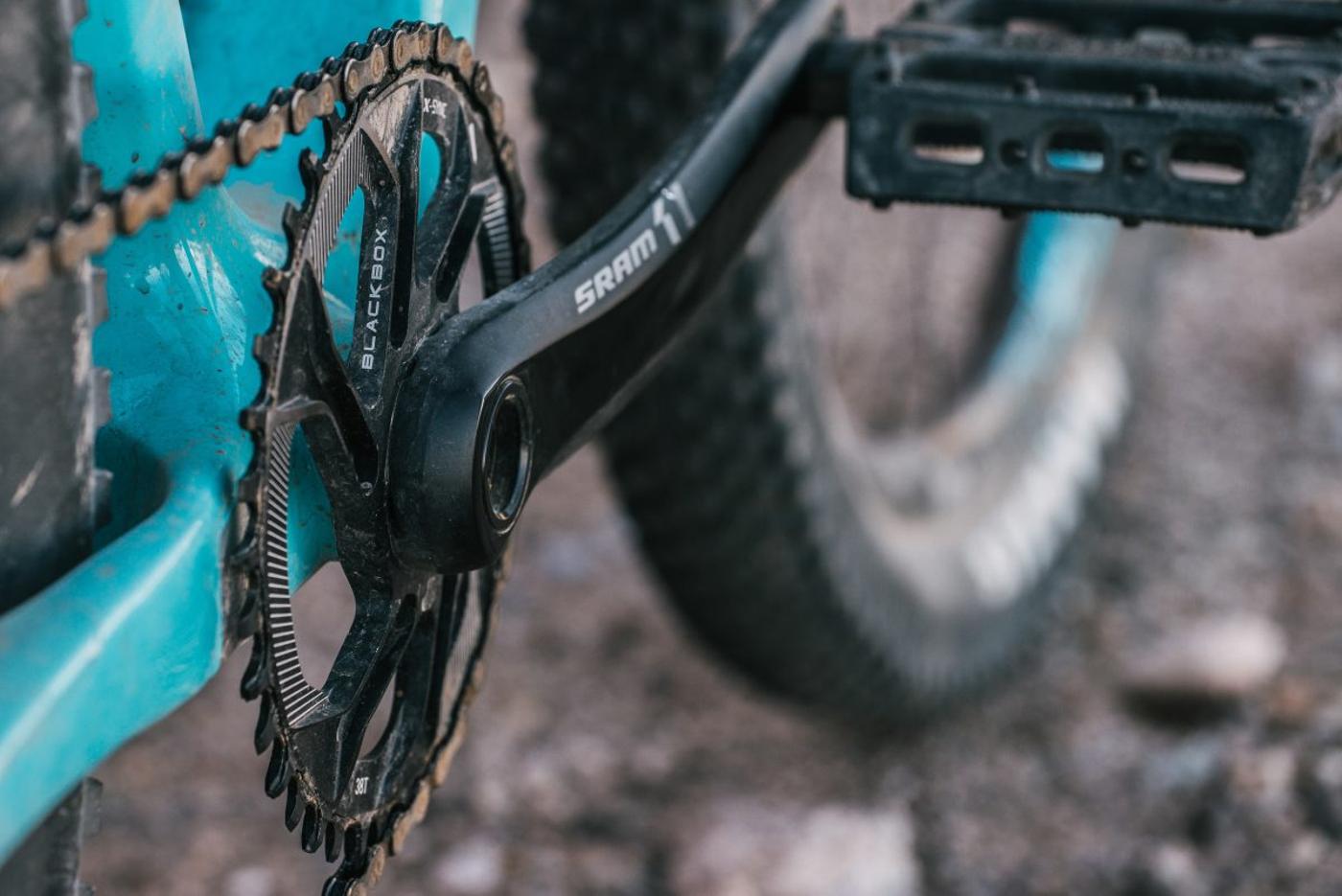 The frame on this bike is beaut-i-fuuul.  While I really love the paint on this one, Im kind of curious why a bike named after a trout is painted like a tropical fish.  The downtube is optimized to create as much frame space as possible across all sizes, which means you can run upto 3 bottle cages or the very large, Cutthroat specific bag I reviewed here.  While this does leave lots of space in the triangle, it does limit what you can run on the downtube bottle mount, I found that running even a larger 22oz bottle would come very close to interfering with my tire. I opted to just store peanut butter down there instead, also you don’t want to be drinking from a bottle that has been sprayed by cow patties from the your tire all day anyway.  The toptube sports a mount for a bolt on gas tank bag.  All of the tubes have a flatted almost rectangular shape that makes fitting bags to them very secure and less prone to shifting and sliding.  The rear triangle features Salsa’s Class 5  Vibration Reduction System which some fancy-dancy carbon jargon for “it goes sproingy boingy in the right direction not the wrong way.” Tongue-in-cheek comments aside, the seat stays are as elegant as they are comfortable, creating a surprisingly forgiving ride while remaining stiff when you put weight into the pedals. 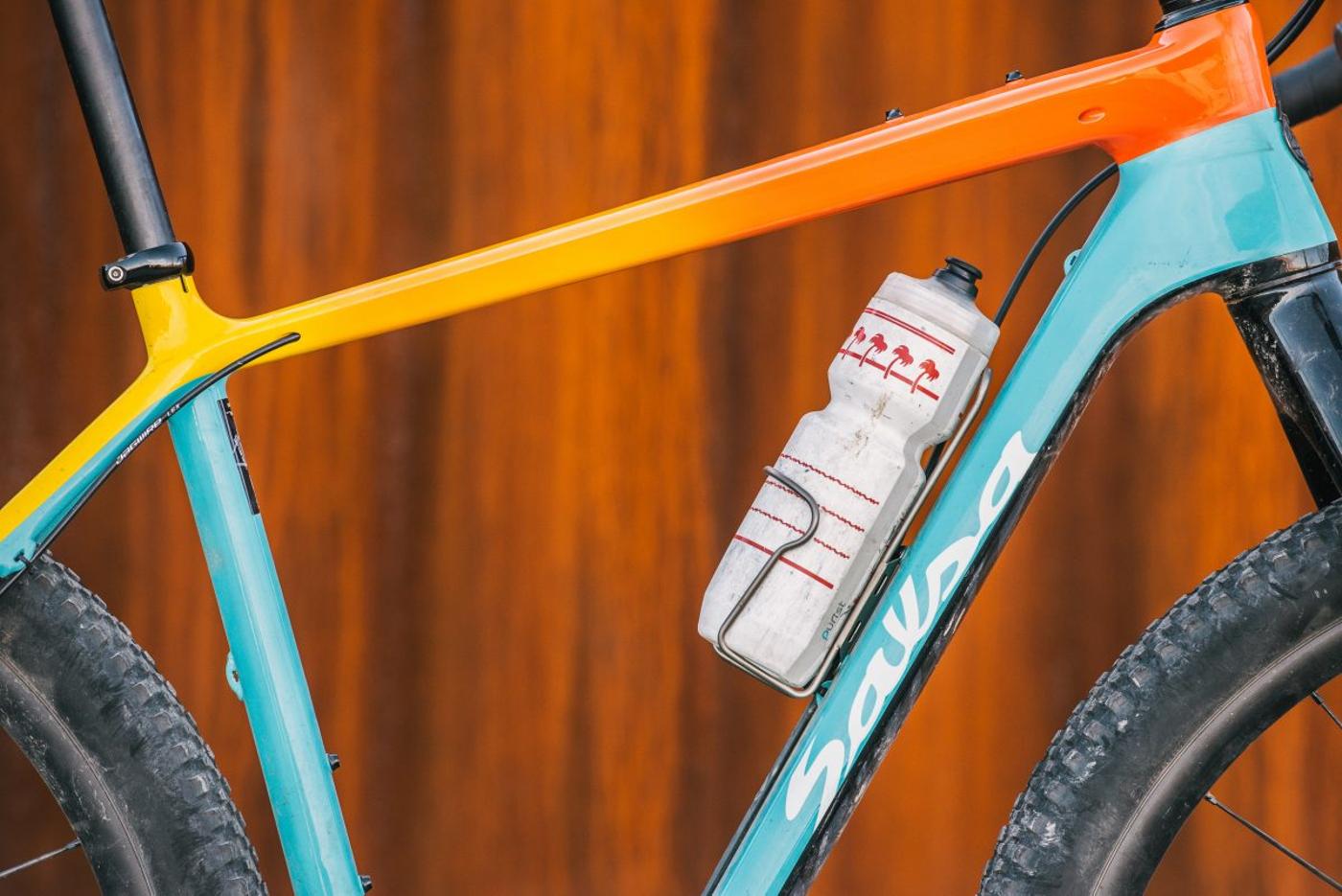 The Cutthroat is by far the best cross bike I’ve ever ridden, It rides how you may have always dreamed a cross bike could ride.  Now I know this bike is not a cross bike in the traditional sense, but the 2.2” tires will take you places in comfort you could never imagine with measly 32mm semi-knobs.  As I mentioned before, this bike is fast and doesn’t much care for going slow.  Point this bike down a fire road and just put the pedal down and this bike gives so much back when you lean into it.    While the Cutthroat is pigeon-holed as drop bar mtb specifically for the tour divide, I feel that the Cutthroat could easily service as a cross bike for someone who isn’t racing sanctioned races. It is an amazing bike if you want a light and efficient bike to cross town on that is still plenty capable when the pavement ends. 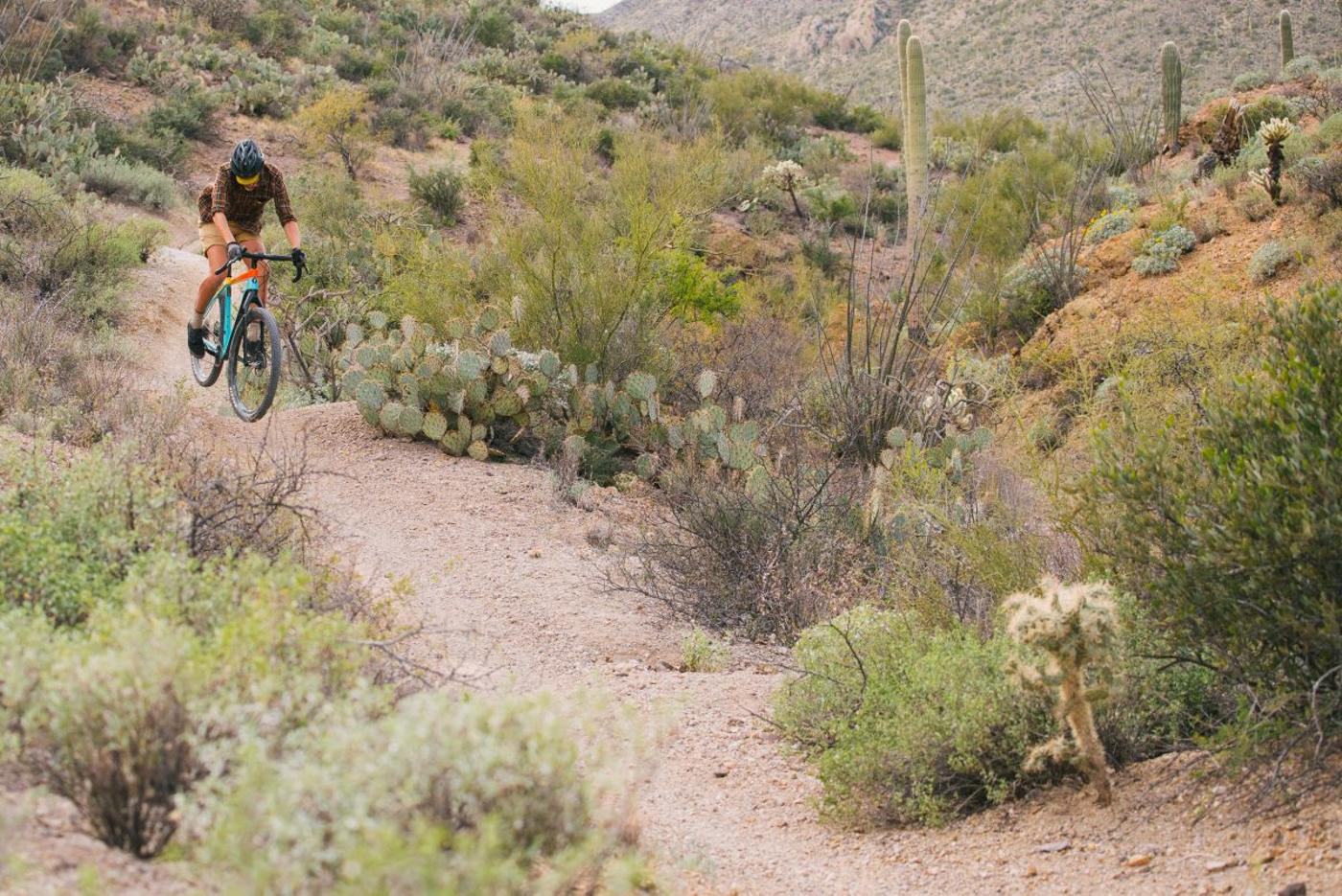 When that pavement ends is when the fun begins on this rig. While the bike retains a road/gravel  bike silhouette, the Cutthroat is plenty trail capable.  While I will admit that I was terrified tearing down some of the rocky trails out here in Southern Arizona, but this bike ate all the trails up, albeit at a more restrained speed.  What it lacks in modern trail geometry it certainly makes up for in being very light weight and agile.  I can’t count the number of times I was surprised at how easily I could dance this bike down the trail avoiding obstacles. While most full squishers are having a mosh-pit on the trail, the Cutthroat slips on some fine leather wing-tips and takes the jazz line.   The trails down in southern Arizona are very rugged and chunky which is why I was only able to do limited amount of singletrack on the Cutthroat, but if you live in a place with more buffed/smooth trails this bike will continue to be plenty capable on your local trails. 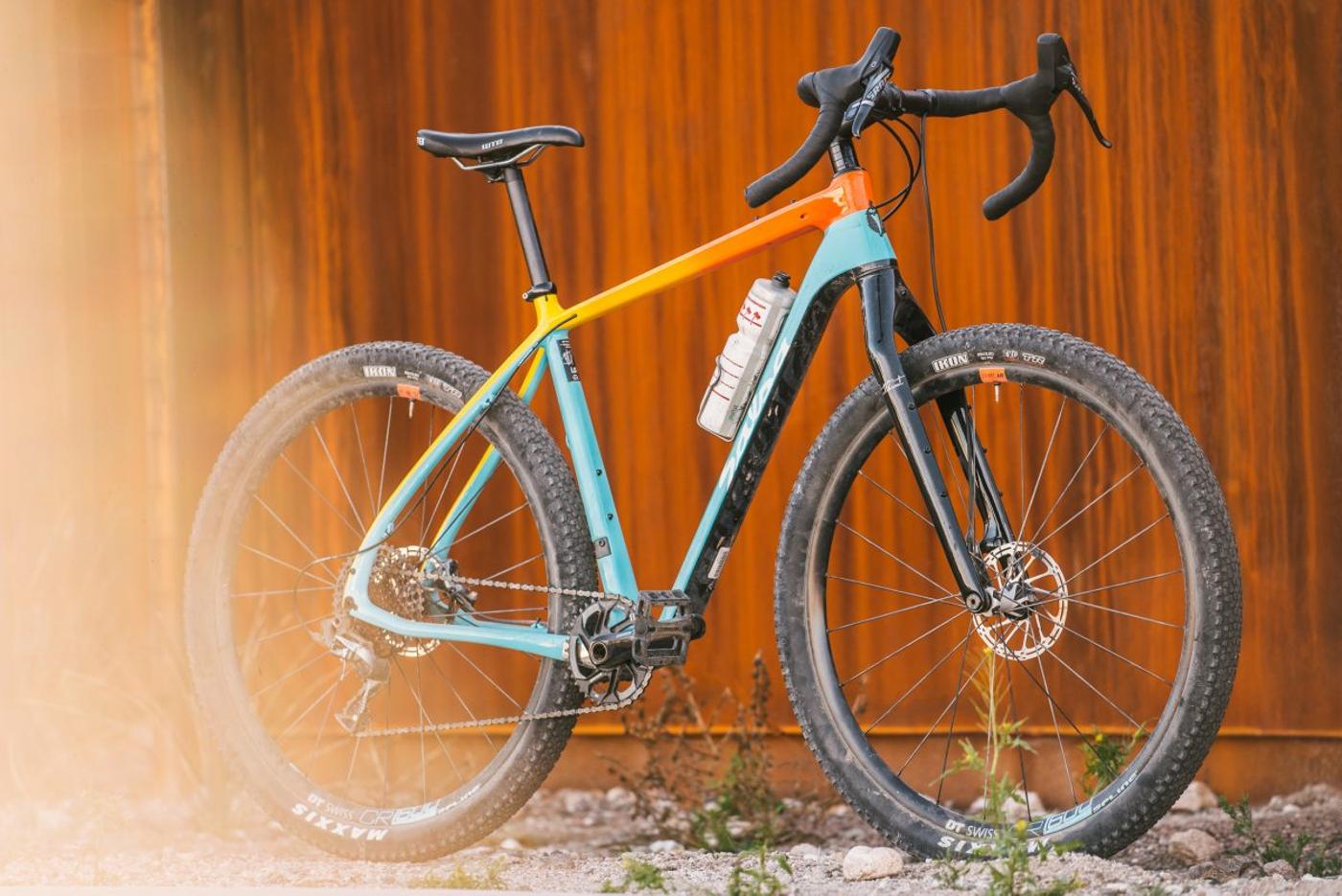 Overall, this is an amazing bike that isn’t something I would normally gravitate toward, although having such a capable bike in the house has got my mind planning bigger dirt rides.  If I could have had the time and resources to change the cockpit to a wider drop or flat bar, I think would have had a much harder time sending this bike back.  I was surprised how adequate the Cutthroat felt on rugged AZT singletrack and amazed how fast I could blast down fire roads all the same.  If you like drop bars and avoid doing 4ft ledge drops and big jumps then this bike could easily be a quiver-killer for you. I would recommend sizing up from what you typically ride to optimize the riding position in the drops which is where this bike is most comfortable.  Im 6’1”  and was riding a size large and felt that I would have preferred the more top tube and stack height of an XL.  In the end, the Cutthroat is a mountain bike that rode how I have always dreamed a cross bike would ride; tackling occasional singletrack, fire roads, and pavement all the same.  This bike was designed for the tour divide but I truly believe it has so much more potential than that.

See more information on the Cutthroat at Salsa.
____