Usually the sequel doesn’t stack up to the original, yet the consensus I gathered at the Rock Lobster Cup II was that this year’s event was way harder and way more fun. Or maybe just way harder. Having only raced the sequel, I can’t say for sure, but having not raced ‘cross for two years, It was all I could have asked for and more.

We pried ourselves out of our tent at dawn, cooked breakfast, made coffee and headed out of the redwoods down to the coast. Our destination: the Lighthouse Field State park. Upon arrival, blue Shimano tape was already strung up and the men’s B racers were making their way through the bumpy course. Fun factoid: this was the only bicycle race to ever take part in this wonderful park. Let’s hope it’s not the last!

I really wanted to race, but missed the online sign-up, so I had to sneak into a category and after under-the-table cash was exchanged, I had a number in the 35+ Masters A race. After a few warm up laps, it was concluded that it was going to hurt. A lot. 9 laps or so later and I tossed the bike in the grass, in exchange for the camera where all my favorite race moments were on my list to document. I have always found that racing a course first opens up the vignettes I want to document later. 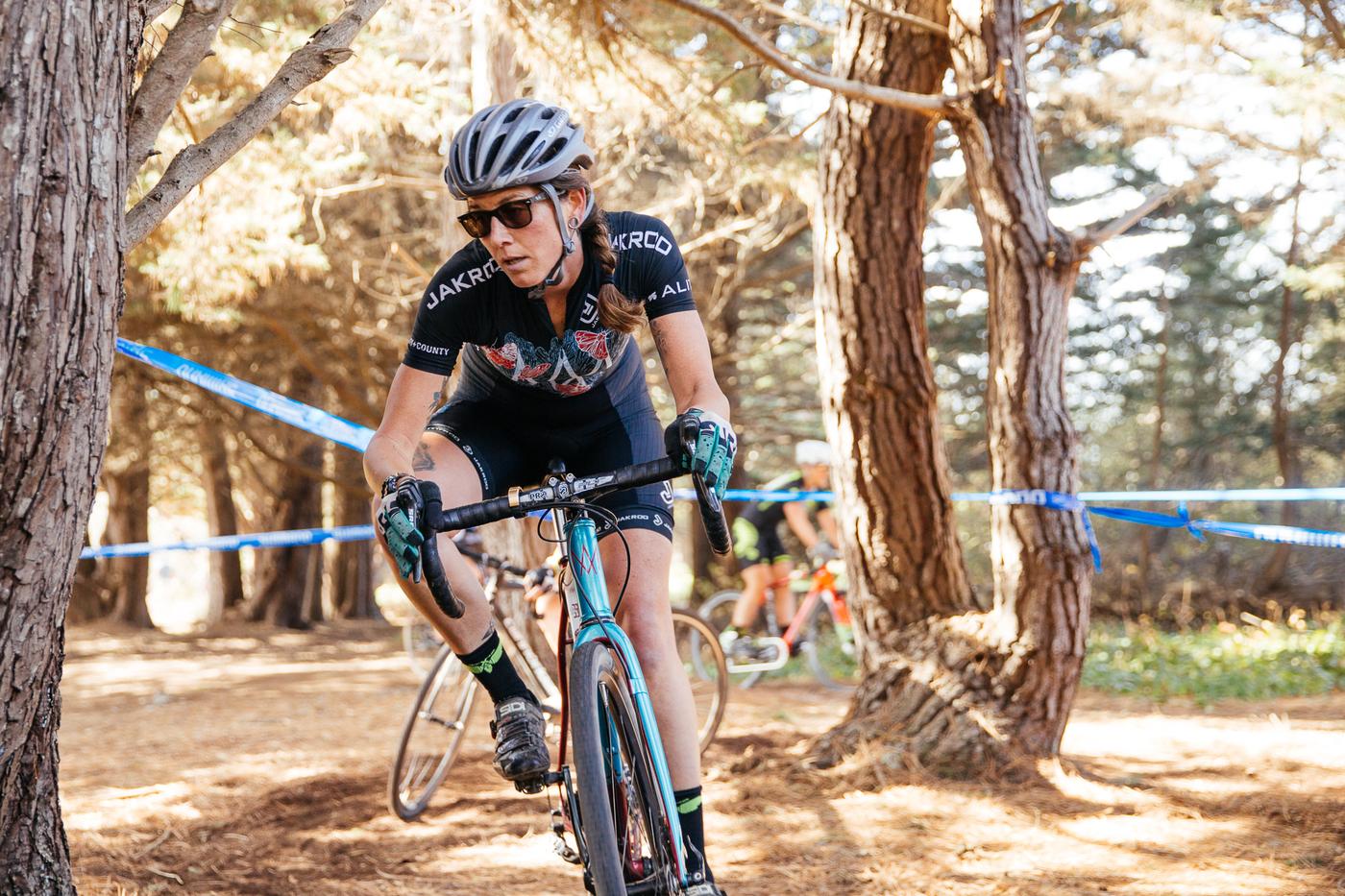 Most of my photos were from the women’s field, where the real battles were unfolding in the hot endless summer sun.

At the end of the day, my hands and back were sore from the bumpy course, but my hankering for racing had been sated and knowing I still had to drive back to Los Angeles, we bid adieu to Santa Cruz and headed back to hot and sunny Los Angeles.

Most sequels suck, but the Rock Lobster Cup delivered. I’m already ready for part three, next year. Thanks again to Rock Lobster for organizing this!