The Santa Cruz Chameleon AL was a bike that really stood out from last year’s reviews. It’s capable, versatile, and affordable, especially when stacked against Santa Cruz’s other offerings. What about riders who love the Chameleon but want the frame to be made from carbon? Well, today Santa Cruz announced just that.

The Carbon Chameleon maintains the geometry of the aluminum model but adds in a few nifty details. The internal routing is sleek, with hidden bosses for a direct mount bashguard, dropouts allowing you to switch from 27.5+ wheels to 29’r wheels, and best of all, the SCB “C” carbon layup. Even when paired with the stout SRAM GX cassette, you can really feel a difference in the weight of the bike. To up the ante a bit, Santa Cruz pinged their UK friends at Hope to deliver a colorful parts kit, complete with turquoise Hope hubs and a matching headset, which as you can see in these photos, compliments the brown and turquoise paint scheme perfectly. 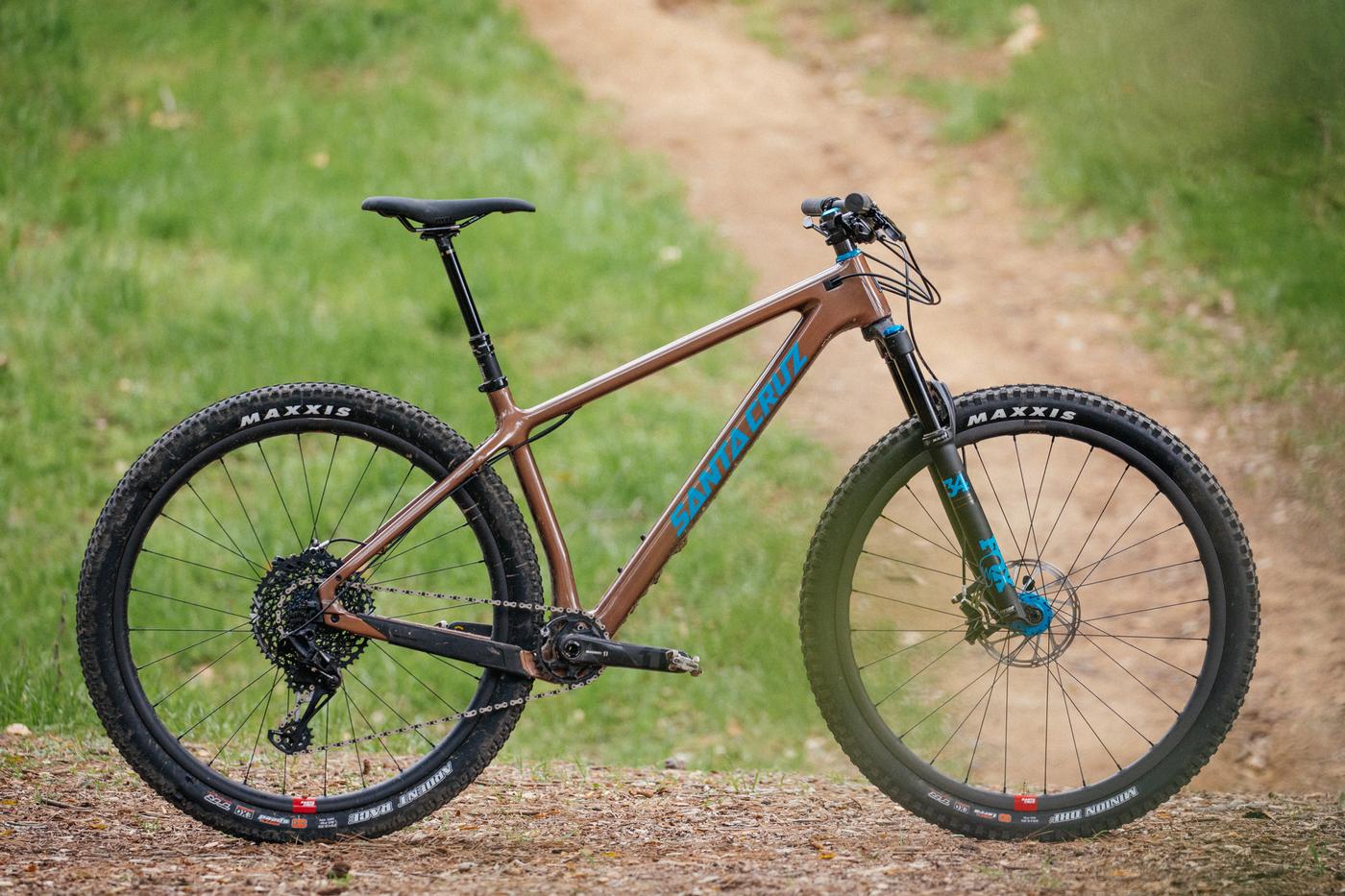 Brown bikes don’t get a lot of love but this bike will sell like hotcakes. The Carbon Chameleon starts at $3799 with either 29’r or 27.5+ wheels and goes up to $5699 as shown here with Hope parts. Or, as a frame for $1599. Head over to your local dealer to check one out in person as Santa Cruz has them in stock now and ready to ship. Head to Santa Cruz Bicycles for all other information and check out their launch video below.