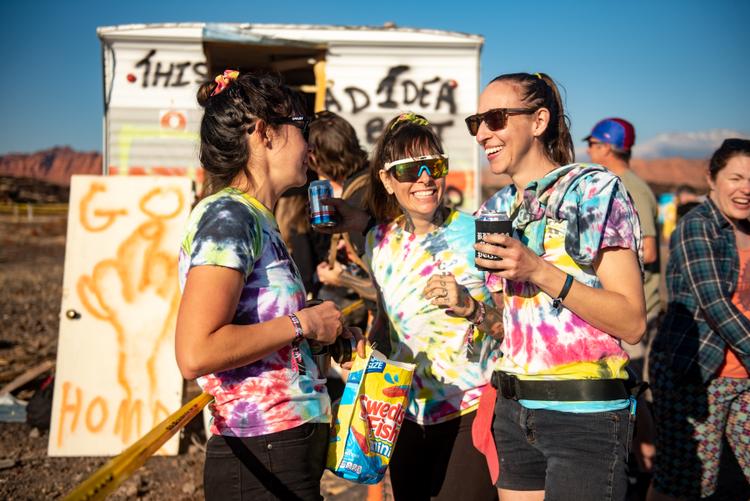 November 23rd, 2019 brought the absurd to Santa Clara, Utah with the Single Speed Cyclocross World Championships. Less about racing, and more about chaos on a bicycle, the SSCXWC travels to a different destination every year to showcase a variety of terrain and whatever shenanigans the host city decides to throw at racers.

ENVE has pulled together quite the SSCXWCUT recap video!

“Oh, the Single Speeder. Heroic, Athletic, Stout, Bibilous, and Brave. Each year SSCXWC brings together the greatest well-rounded riders in the world to test their mettle through Feats of Strength and the most demanding cyclocross courses known to man. The red rock deserts of Southern Utah played host to this mythical event for 2019, introducing St. George to a cyclist it has only ever heard of in storybook legends.” 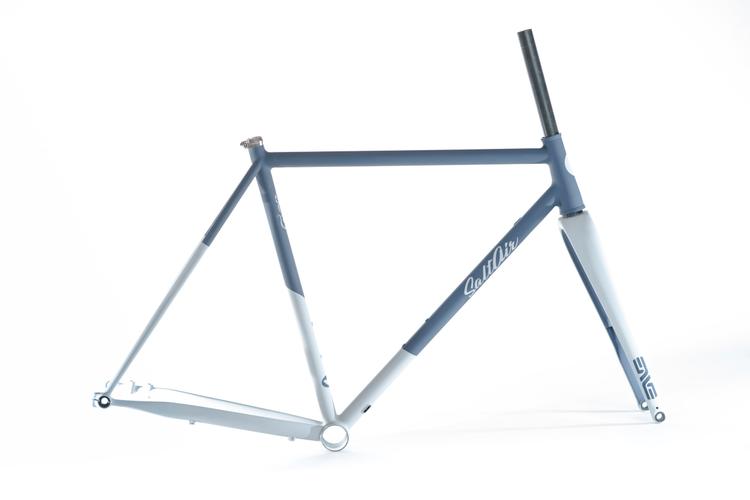 To celebrate the forthcoming SSCXWC19UT, Salt Lake City builder Salt Air is offering up a made in Utah ‘cross frameset. The Men’s and Women’s winners will each receive one of these ‘Lizard King Cross’ frames with ENVE fork in their size. Salt Air is also offering the frameset to interested parties at $2,175 (as pictured with the painted-to-match ENVE fork and Thomson collar). Check out more photos and details at the Salt Air Website!

This year, the SSCXWC made its way to Verona, Italy. Here’s a recap filled with equal parts race to party! 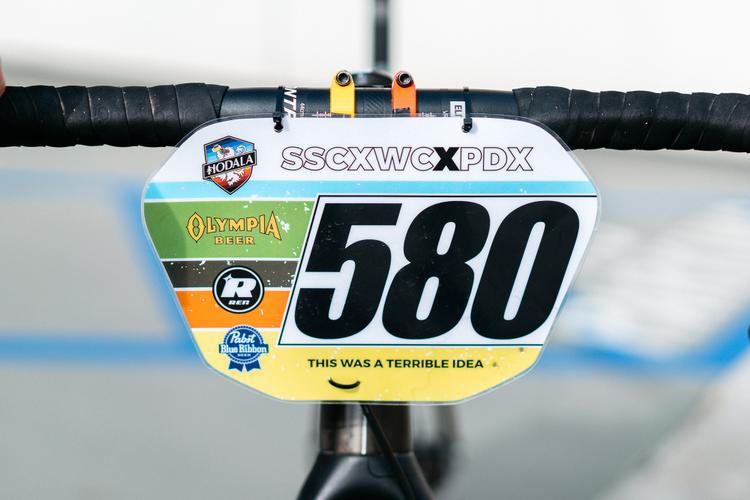 Each year, SSCXWC lands in the lap of some innocent city, only to have its parks, streets, and bars invaded by hundreds of singlespeed-wielding maniacs in search for mud. This year the event found itself in Portland, Oregon, the bastion of debauchery when it comes to illicit bike races but I’m not even sure the organizers of the PDX event knew what was in store for them or their event. At some point, Trek felt that it would be a good idea to bring a recently-retired ‘cross world legend into the party. Yes, the one and only Sven Nys. For the guys at Trek and Sven, it would prove to be the perfect opportunity to create a special bike for the event and maybe up the ante for future SSCXWC races.

Justin Blumer from Trek described the design process as:

“Like most great ideas, the appearance began as a somewhat whimsical “what if we…” conversation amongst designers at Trek, who went on to make it happen and collaborated on the bike’s custom graphics. The scheme is a collage of tattoo-style art highlighting Sven’s career and celebrating the debacherous spirit of the event.”

As soon as the event unfolded, the internet was filled with “Jump the shark” memes, but isn’t that the role of events like this? Surprise the attendees, no matter how ridiculous and even if there is some shark jumping to unfold, it’ll most likely be in the mud pit.

Thanks to Sean from Team Dream and the boys at Trek for sending these images over! And to Sven for keeping the stoke high. 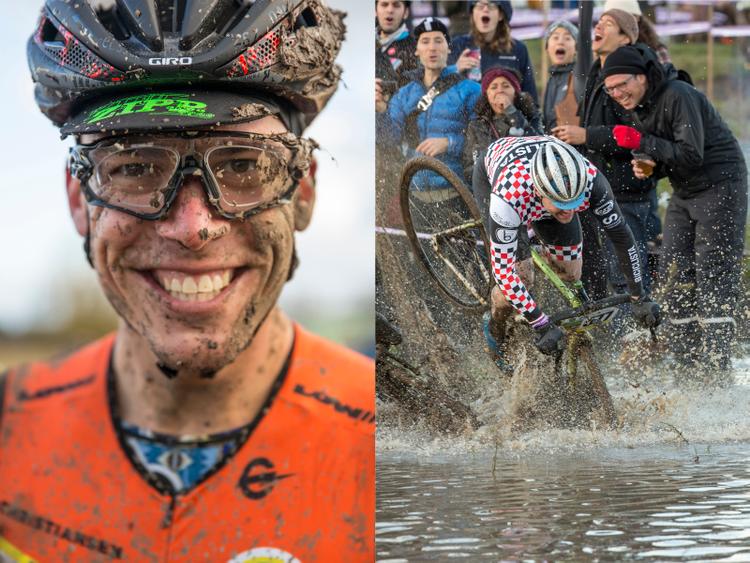 Mike from Mash has a way of documenting an event that is truly unique. His commentary is insightful and his photos really place you there. This is particularly true in the latest photo gallery at Mash SF of the SSCXWC in Portland last weekend. If you couldn’t make it, be sure to check out the best photos I’ve seen from the event over at the Mash Blog. 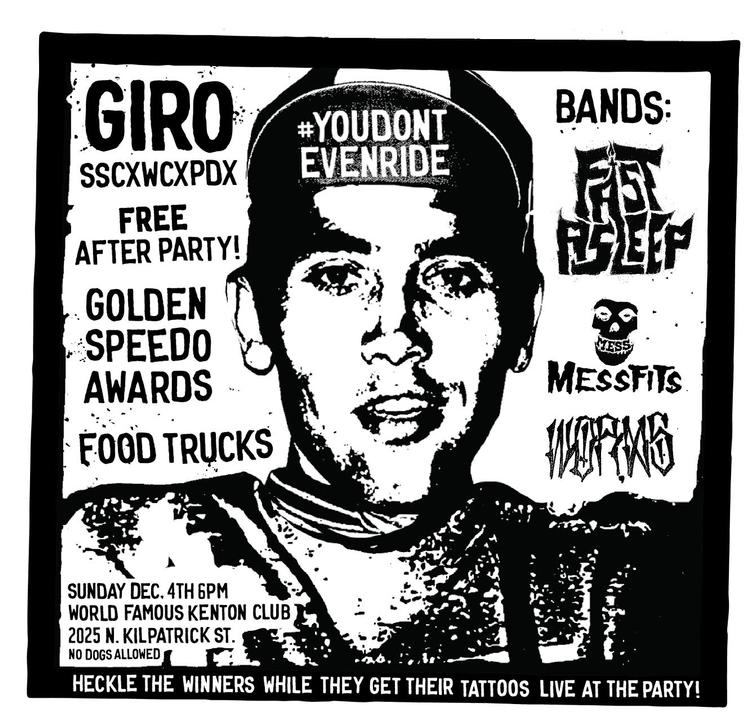 Eddy has a posse and even if you’re not going to the races this weekend, be sure to hit up the after party!

Can you feel the lasers? SSCXWC PDX is nigh. 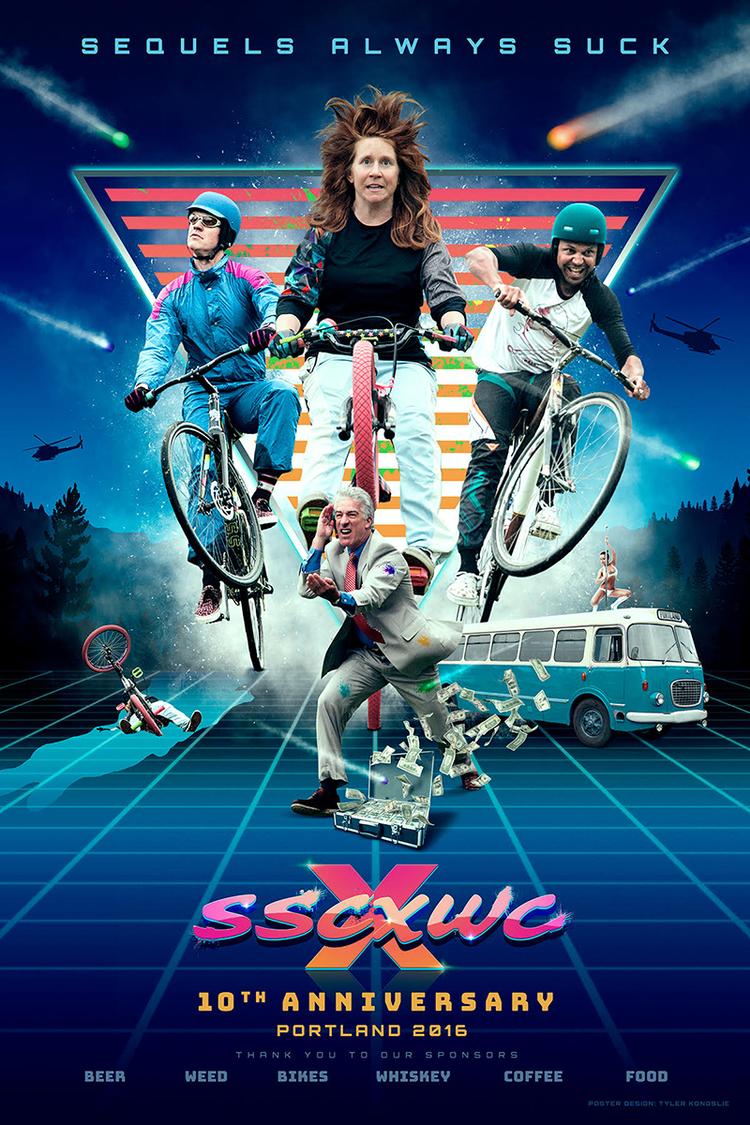 The mayhem is nigh. Get your body and soul registered at the SSCXWC website ASAP. Remember, #CrossesCumming. There isn’t a lot of information up on the SSCXWCX website just yet, but you can sign up to get spam’d as events warrant. So stoked for this!

I can watch videos from the SSCXWC all day! 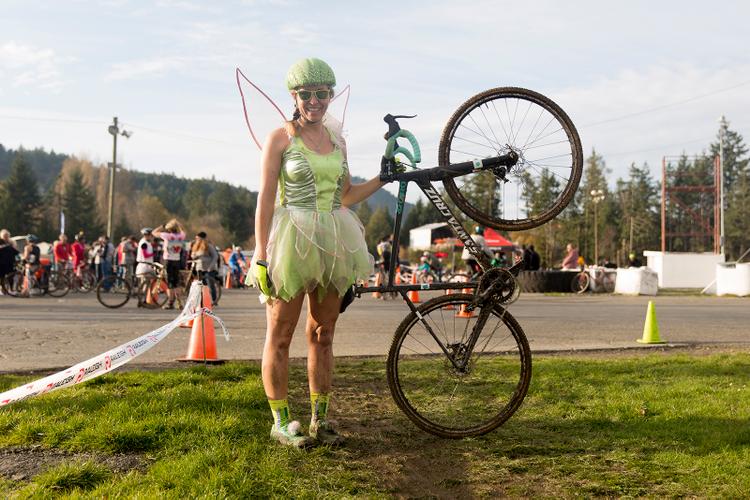 SSCXWC has become a staple in my annual race calendar. Actually, it’s become my favorite event of the year. It’s a great excuse to travel somewhere cool and get rowdy with a bunch of crazy folks. When this debacle headed out of the fine USA for the first time, I had to be there. The Canadians are known for throwing a fun party, and I had high expectations for Victoria.

A crew of us from the Santa Cruz area headed north with a bevy of Santa Cruz Stigmatas and Rock Lobsters. I was riding my trusty Stigmata, and while the bike doesn’t come stock as a single speed, just throw on an EBB and you’re ready to rally. Of course, we also had our costumes. We went with a Peter Pan and the Lost Boys theme, with Tinkerbell, Captain Hook, and Peter Pan all making appearances.

But before we even got to the big race, we had to survive what basically felt like a solid 36 hours of partying. There was the Warm Up Party Friday night, the Feats of Strength ride all day Saturday, and the Pre Race Party Saturday night. Whew! Going into the weekend my good buddy asked if I had any tips for SSCXWC, and all I said was “Be ready for anything, prepare your liver, and your costume better be dialed.” I stand by that advice, it’s really all that matters.

I can’t get enough of this race and will absolutely have to make it back to next year’s event in Portland!

The Single Speed Cyclocross World Championships (SSCXWC) was created in the vision of a giant cultural rubber band snapping in the face of the serious UCI cross racing scene. Trainers, embrocation and skinsuits are nowhere to be found at SSCXWC. The barrier height rule was tossed to the birds and replaced with barriers hosting flames intended to burn your shins. For those that have witnessed the spectacle you know of the past Tequilla Shortcuts, Foam Pit, Thunderdome, Junk Yard Jumps and endless Feats of Strength.

The ninth edition of the dumbest race known to Neanderthals just came down on the polite town of Victoria, BC. Racers follow no rules and live on their own regard, dressed to the nines and leaving sobriety at the door. The only rule is each winner must get a tattoo adorning the SSCXWC theme. This year Mical Dyck and Adam Craig took home the honors with world champion tattoos and golden speedos.

The Portland Collective brought in a dowry of joints as a sacrificial lamb to the riders in hopes to bring it back to PDX for the ten year anniversary. At the finish line racers were rewarded with doobies and the crowd burst into a cloud of smoke. Apparently everyone got so stoned they forgot what was going on and Portland won the bid. Lesson learned is bribes always work.

We sent our partners in crime out to try and stay sober enough to document the debauchery. Here’s a collection of images from eyes of Dylan VanWeelden and Ryan Richardson. Follow more shenanigans on Instagram @dylanvanweelden and @singletrack_media_works.