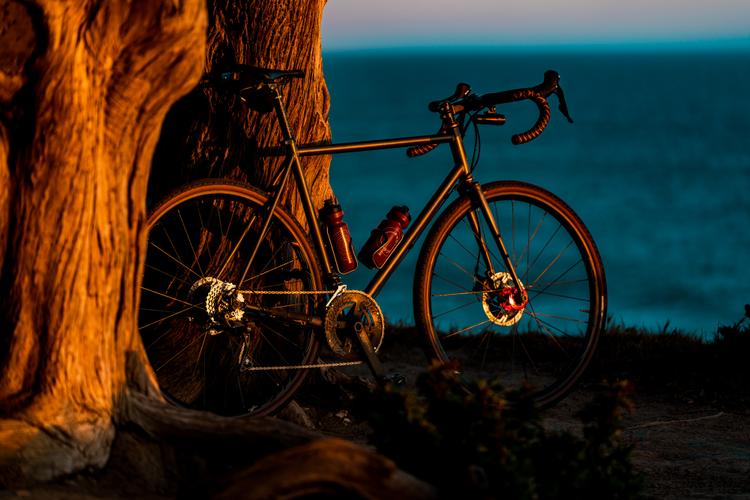 Classic road geometry has always had a nice visual appeal to me. The straight lines and minimalistic look are sleek and pure. When MASH launched their steel All Road frameset, I just had to try one. 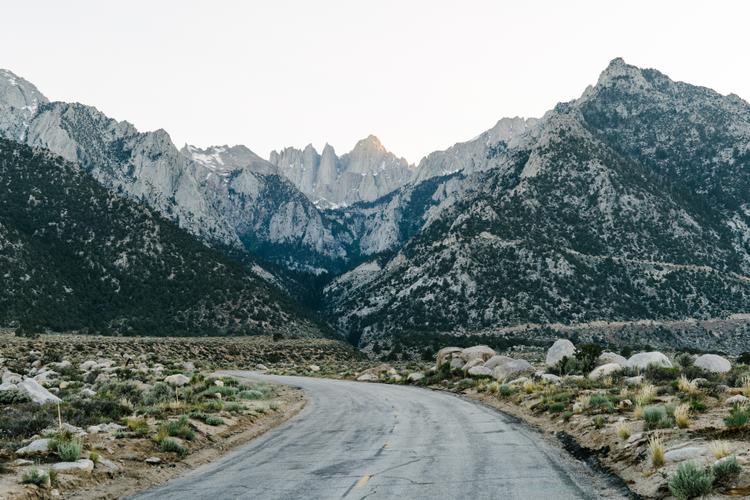 Going Just Because: Three Months of the Sierra Nevada
Photos and words by Ryan Wilson

Every year fall rolls around and the itch hits me. I know the days of many of the high mountain passes throughout California’s Sierra Nevada mountains are numbered. If we’re lucky they’d be buried in feet of snow for almost half of the year. It turned out this year was yet another unlucky one, but still I feel that push to go and explore the roads in my favorite mountain range while I know I can…

It started for me two years ago when I made my first trip to Death Valley National Park. I was rolling along the road to Ubehebe Crater when I passed a little dirt road named “Titus Canyon” that gradually sloped out of the valley floor until hitting a seemingly impassable rock wall a few miles in the distance. No signs of the road switching back and climbing over it… just abruptly ending.

Fast forward to a year later, I had done a bit of research and found that the road does in fact go through the range and over the Nevada border. It’s a 25 mile stretch of dirt that is a one-way road from the Nevada side into California. Plans were set, and I was going to give it a shot. Only hitch was that I wanted to climb it rather than descend it (on a road bike), so I would be heading up going the “wrong” direction, then looping around over a paved pass back into Death Valley…

Chasing Peaks In The Cascade Range: Part 2
Photos and words by Ryan Wilson

I woke up on day four in Bend, Oregon at 6am, in what is likely the shittiest motel the (otherwise quite nice) city has to offer. Next door I could hear the muffled sounds of what seemed like an escalating argument over who stole whose bag of weed. Rather than stick around for the thrilling conclusion to this one, I quickly packed up and headed straight to Smith Rock State Park just a few miles north.

Chasing Peaks in the Cascade Range: Part 1
Photos and words by Ryan Wilson

It started last fall when I got my first taste of the Pacific Northwest on a one week road trip, riding in parts of Northern California and up into the Cascade mountains of Central Oregon. Immediately following that trip I started laying the groundwork for another trip that would span the entire range of the Cascades from California’s Lassen National Park to Washington’s Mount Baker, near the US/Canada border. 15+ days of volcanic peaks, lush rain forests, and tired legs.

The Big Climbs of Lone Pine, CA
Words and photos by Ryan Wilson

Highway 395 through Inyo County is renowned amongst cyclists in California as a jump-off point for some of the best riding in the country. All of the highest roads in the state intersect this stretch of road tucked between the Eastern Sierras and Death Valley. None loom quite like the 10,000ft+ Horseshoe Meadows near Lone Pine, CA.

A couple weeks ago when I heard rumors that Horseshoe was being cleared of snow/debris and opened for the season, the gears started turning, and I invited my buddies Jeff and Gus to get their first taste of riding in the Sierras.